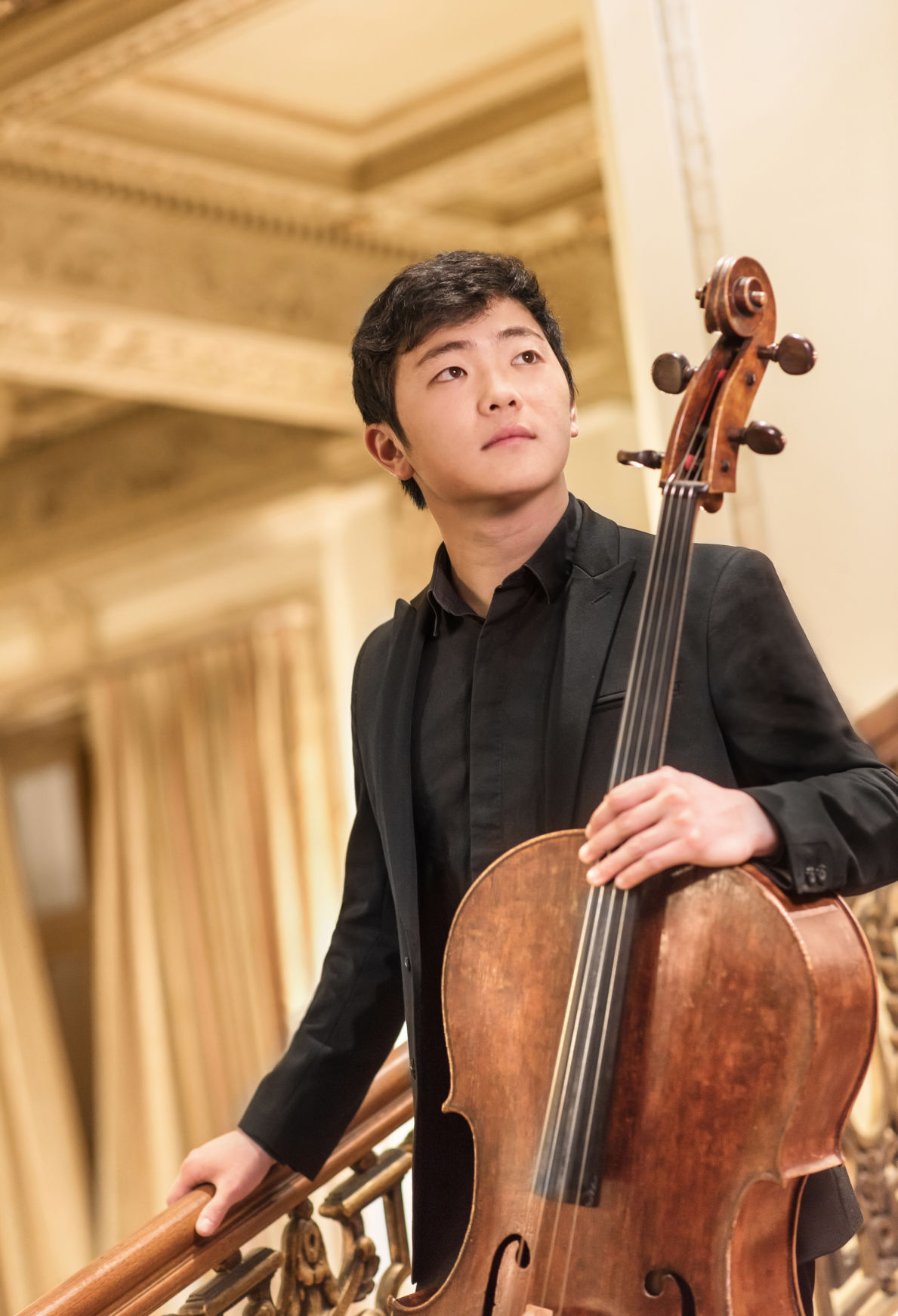 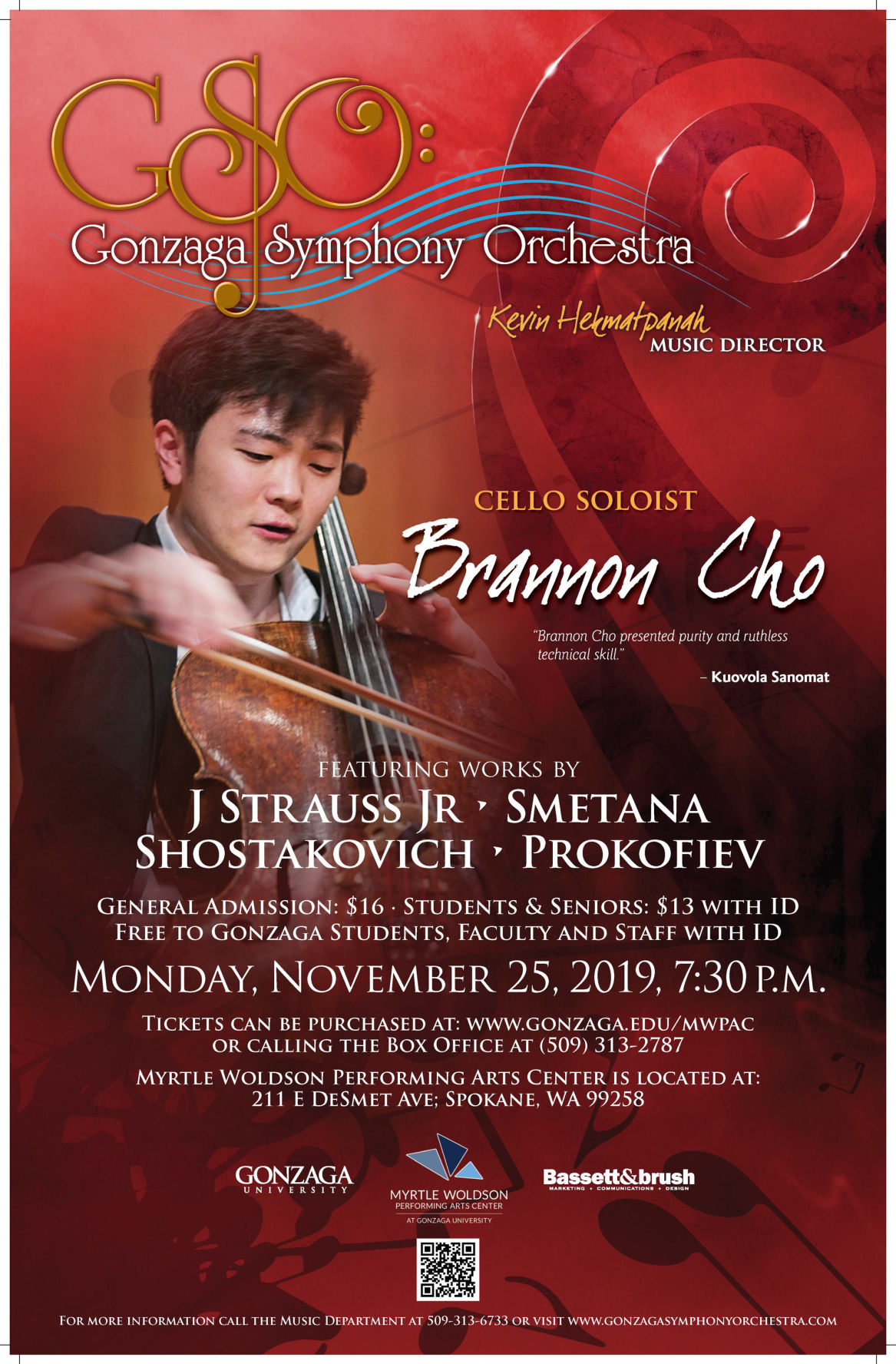 On Monday the Gonzaga Symphony Orchestra will take the stage for the second time this fall, but this time it’s slightly different than times before.

The reason this performance is so different is because the featured soloist is one of the youngest ever to play with the GSO. His name is Brannon Cho and he is a 24-year-old award winning cellist.

“For someone who is so young to have achieved so many accolades is very inspiring for our students,” said Kevin Hekmatpanah, music director of GSO and professor of music at GU. “It’s one thing to see an established seasoned veteran performer who’s played with all the great orchestras in the world …  But, to see somebody who is at the beginning of their career and hungry for a career and able to interact with the students in a much more immediate way is very unique.”

Cho will be playing “Prokofiev Symphonie Concertante, for Cello and Orchestra, Op. 125.”

This piece is one of the most complicated and overwhelming pieces in the cello repertoire Hekmatpanah said.

“This piece is a tour de force,” Hekmatpanah said. “Not just in a technical way but musically, tonally and in endurance. Some of the hardest parts of the music are in the last 10 minutes so you have to pace yourself. I’ve played the piece once with orchestra and that’s why I have these gray hairs.”

Hekmatpanah actually asked Cho to play this pieces with the GSO because Cho is so accomplished with it. He is known for having successfully played it at the age of 18.

“I am really glad and excited that he made this choice,” Cho said in an email. “It is a piece that I have worked on and loved since I was 15, so I know it very well. Through this piece Prokoiev gave the cello such a heroic and profound storytelling voice, which is coupled equally wit the orchestra hence a symphony-concerto, not just a concerto.”

Both Cho and Hekmatpanah are excited to play this piece and give the students in GSO a one of a kind experience.

“I’m sure for most of the students participating, it will be their first time playing this piece,” Cho said. “Hopefully, my interpretation will be clear and communicative, so that they can grasp the twists and turns of this masterpiece, which is one of the best examples of Prokofiev as a personality.”

With Cho coming to campus the students in the orchestra have a unique opportunity to talk with a musician that is close to their age and was in their shoes not too long ago.

The other pieces that will be featured in the concert are: “Overture to Die Fledermaus” by Johann Strauss Jr., “Three Dances from The Bartered Bride” by Smetana and “A Festive Overture” by Shostakovich.

“Instead of one big symphony there will be three shorter pieces in the first half,” Hekmatpanah said. “I wanted to find music that was very challenging for the orchestra but also very accessible for the orchestra and the audience.”

This diversity of material will allow the audience to hear a diverse set of classical music for this GSO concert.

“I think the audience will be excited to hear the orchestra in a virtuoso showcase on the first half but when they hear the soloist their eyes will pop out of their head,” Hekmatpanah said.