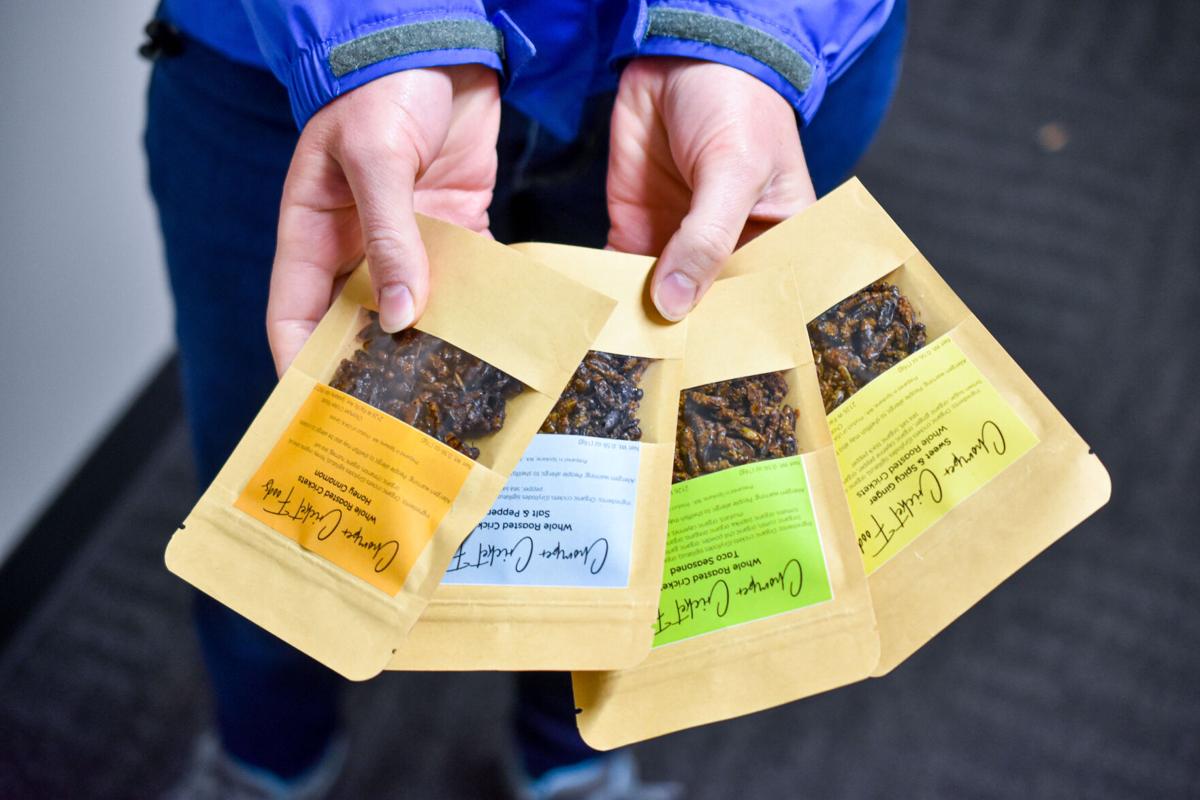 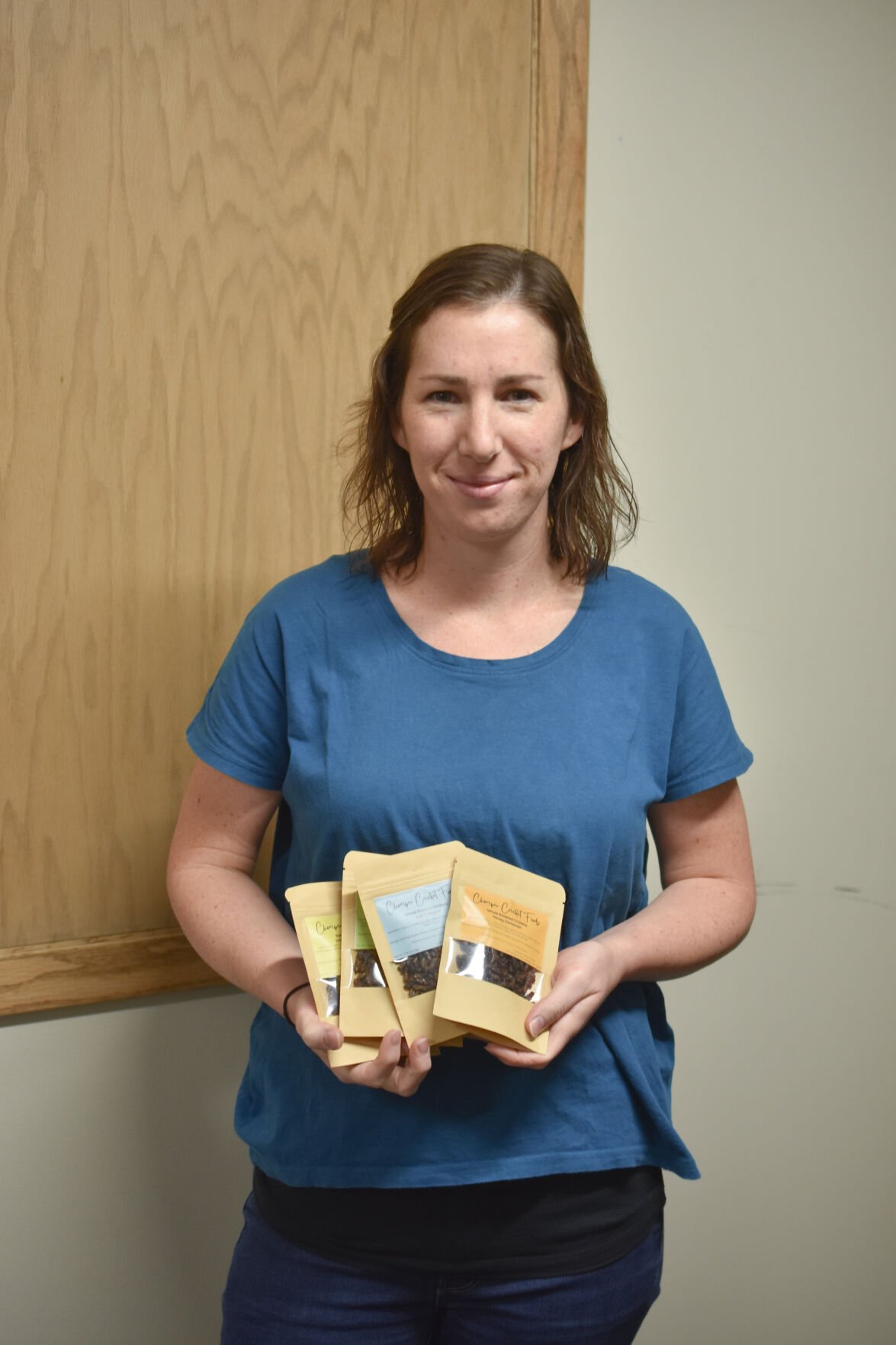 Picture this for an afternoon snack: something seasoned perfectly with a yummy, homemade spice mix, fried with just the right amount of oil to make it crispy but not too greasy and amazingly protein-rich.

If that sounds appealing, then you should try Chomper Cricket Foods’ roasted crickets.

It may sound unusual, but eating insects is very common around the world. According to Joanna Newcomb, the owner of Chomper Cricket Foods, many places in Latin America, Asia and Africa include insects in diets regularly, and Newcomb is trying to help normalize that practice in Spokane.

“I always tell people it kind of tastes like a sunflower seed, but like a little bit earthy,” Newcomb said. “Really you just taste the spices.”

Newcomb has four flavors of roasted crickets: salt and pepper, sweet and spicy ginger, honey cinnamon and taco. Her spices and olive oil are also fully organic, and the honey is locally sourced.

Newcomb’s business started up in 2019, mainly selling at local Spokane farmers markets. She says that farmers markets present the best opportunity to tell people about the crickets because more often than not, trying roasted crickets takes a little coaxing.

As the only employee and the business only being a part-time commitment, it was difficult for Newcomb to keep up with farming. So, Newcomb now buys her crickets from an indoor free-range, all organic farm in Canada called Entomo Farms.

The free-range farm is special because not only is it organic, but the farming process is significantly more ethical. Usually, crickets are farmed in large bins, which is synonymous with being caged for them. Many people dislike the idea of animals being mistreated on farms, so even though these are insects, the ethics still applies for Newcomb.

“I always had a strong sense of wanting to do something that would make the world better, like a lot of people do,” Newcomb said. “I love food and there’s tons of things I could chose to do, but I feel like this is something that has the potential to make a really big impact, not necessarily [on] my business, I mean I hope it does, but just [for] eating insects in general.”

Now that the business has moved away from farming the crickets, Newcomb can focus on trying to educate the Spokane area on the benefits of eating insects. The most significant thing to Newcomb is the health benefits.

Additionally, according to Entomo Farms’ website, crickets also contain vitamin B12, which only comes from animal products and contains all nine essential amino acids. They are also a rich source of iron, calcium and dietary fiber.

If that isn’t enough to convince the consumer, crickets are also extremely sustainable. Gonzaga Professor Ellen Maccarone teaches her students in her ethics of eating course about the importance of using crickets as protein.

"The United Nations has been encouraging people all over the world to think seriously about crickets, and insects more generally, as a form of high quality protein that  requires far fewer natural resources to be raised than other animals used for food," Maccarone said.

According to Newcomb, cricket farming doesn't emit greenhouse gases, uses less water than even some non-livestock products like eggs and soybeans and are more efficient at converting feed into what you can eat from them.

To prepare her crickets, Newcomb rents a commercial kitchen space from a nonprofit called “Feast World Kitchen.” The kitchen's mission is to aid refugees and immigrants in feeling welcome in Spokane by having a place that shares cultural diversity through food. They have a weekly rotation of worldwide chefs that come to share food and culture from many places.

This kitchen is also where Newcomb got her fourth spice mix for her crickets. Collaborating with Inland Curry, a local Indian restaurant that cooks for Feast World Kitchen on Thursdays, Newcomb and head chef Noreen Hiskey created the sweet and spicy ginger recipe.

“I love doing stuff like that and hopefully I can do more stuff like that, even if it’s just with [Hiskey], collaborating with other people in the Spokane food world,” Newcomb said.

Moving forward, Newcomb hopes that the next steps will be adding products that utilize cricket flour as well — like cookies or muffins — and working with more local chefs and restaurants.

Chomper Cricket Foods’ roasted crickets can be found at the Roam Coffee House in Medical Lake, Spokane. Newcomb hopes to get her crickets into local grocery stores and continue collaborating with restaurants in Spokane, so keep an eye out and don’t be afraid to try her roasted crickets.

Trends, releases and predictions: What to expect from music in 2022

What's in a recipe: Pumpkin cheesecake that tastes like fall

'The French Dispatch': A portrayal of what Wes Anderson does best

Making predictions for the year of 2022 after doom and gloom

A journey into the beyond with The Weeknd: 'Dawn FM' album review

What's in a recipe: Pumpkin cheesecake that tastes like fall

'The French Dispatch': A portrayal of what Wes Anderson does best

Making predictions for the year of 2022 after doom and gloom