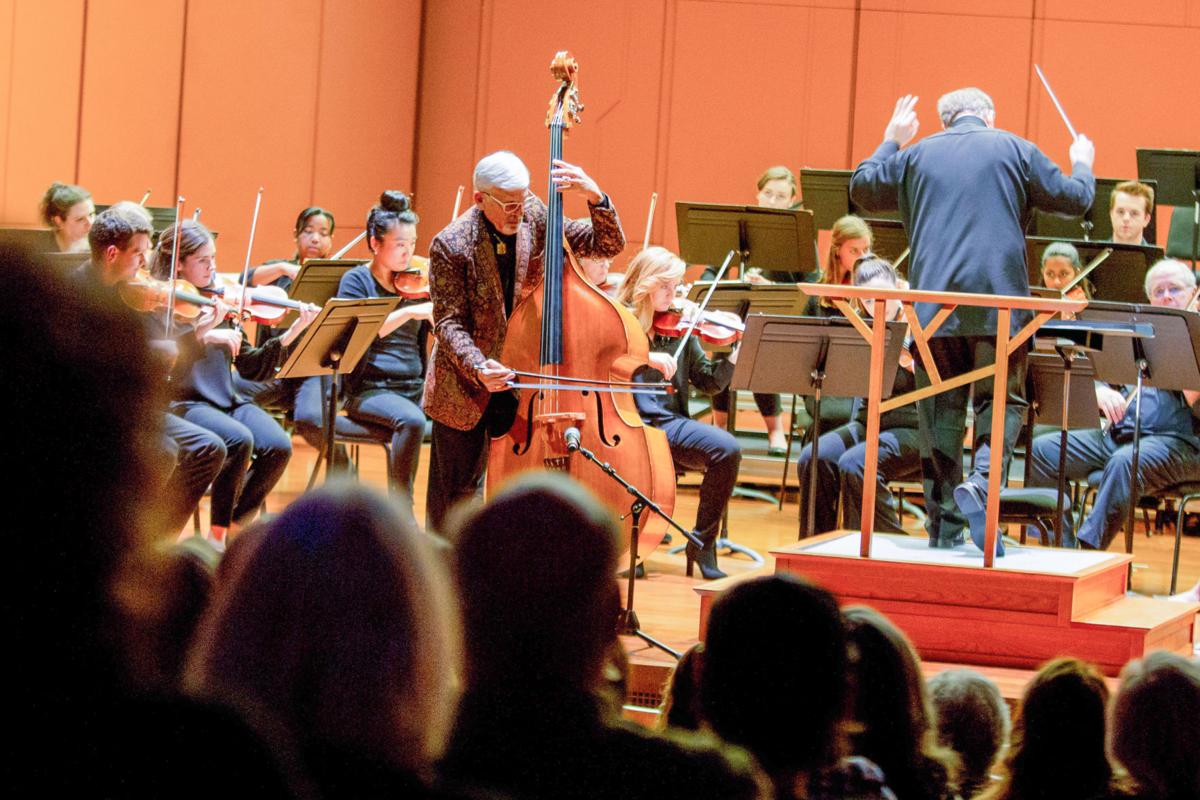 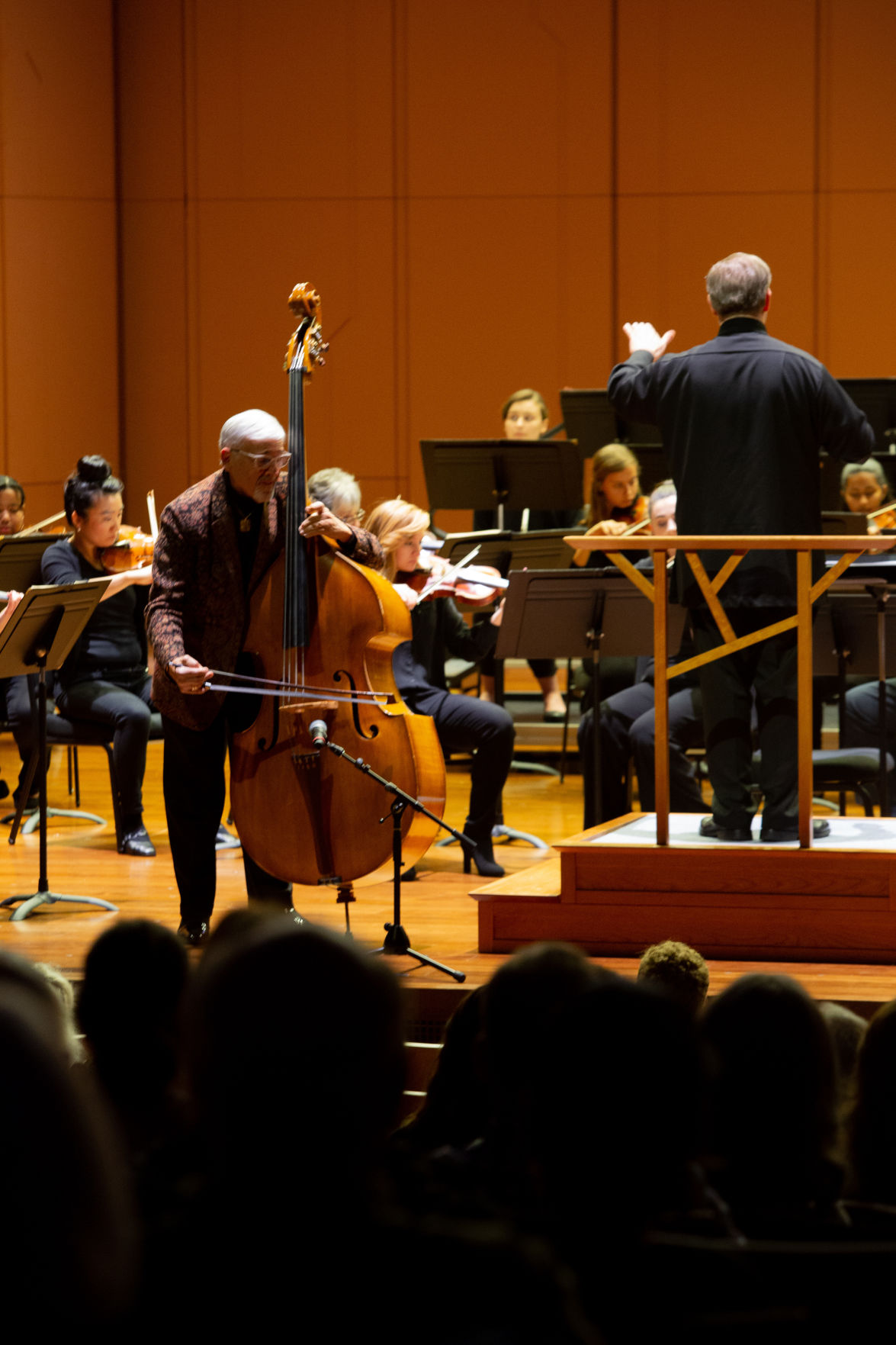 Smiles and laughter filled the room at the Gonzaga Symphony Orchestra’s season opener at the Myrtle Woldson Performing Arts Center on Monday night as double bassist Gary Karr took the stage for his third time with the orchestra.

The concert began with the orchestra playing “Symphony No. 7 in D Minor, Op. 70” by Antonin Dvorak. It received a big applause afterwards.

“The first piece was just breathtaking,” said Connie Fisher, an audience member at the concert.

Then came the star of the evening. Karr came onto the stage wearing a burnt orange paisley blazer with a necklace, red waist band and white rimmed glasses.

The first piece he played was “Concerto in A Major for Double Bass & Orchestra” by Domenico Dragonetti.

As the piece was played Karr stepped and bopped along to the beat. He also would make exaggerated movements, like sweeping his arm up high towards the conductor to make him laugh. He also would keep extending his solo right when the orchestra was about to start playing causing both the audience and orchestra to break out into laughter.

“He is delightful, he is breathtaking, absolutely beautiful,” Fisher said.

The second piece he played was “Fantasie Sonnambula for Double Bass & Orchestra” by Giovanni Bottesini. Before beginning the piece Karr took the opportunity to speak to the audience about the piece he was about to play.

“This piece is based off an opera by Brunelli. It’s about a woman and she finds herself in the bedroom of the wrong man and that’s basically the story of this opera,” Karr said. “I’m going to do everything to enact all the parts.”

As he played through the piece Karr did act all the parts by actively changing his stance and facial expressions to show the audience what the characters in the opera were feeling but also to create a more fun and free atmosphere in the theater.

“The operatic piece was so delightful. He infused his whole body into the performance, it was lovely,” Fisher said.

Karr went on to play two encores, both of which received massive applause.

The first he played with GSO’s conductor Kevin Hekmatpanah.

“It’s not every day that a double bass is accompanied by a cello,” Karr said. “But I think this is very kind and it just shows the humanity our wonderful conductor Kevin has.”

Throughout this piece and his second encore about, which he said was about an elephant and fly falling in love, the audience was engaged and laughing along as Karr truly stole the show.