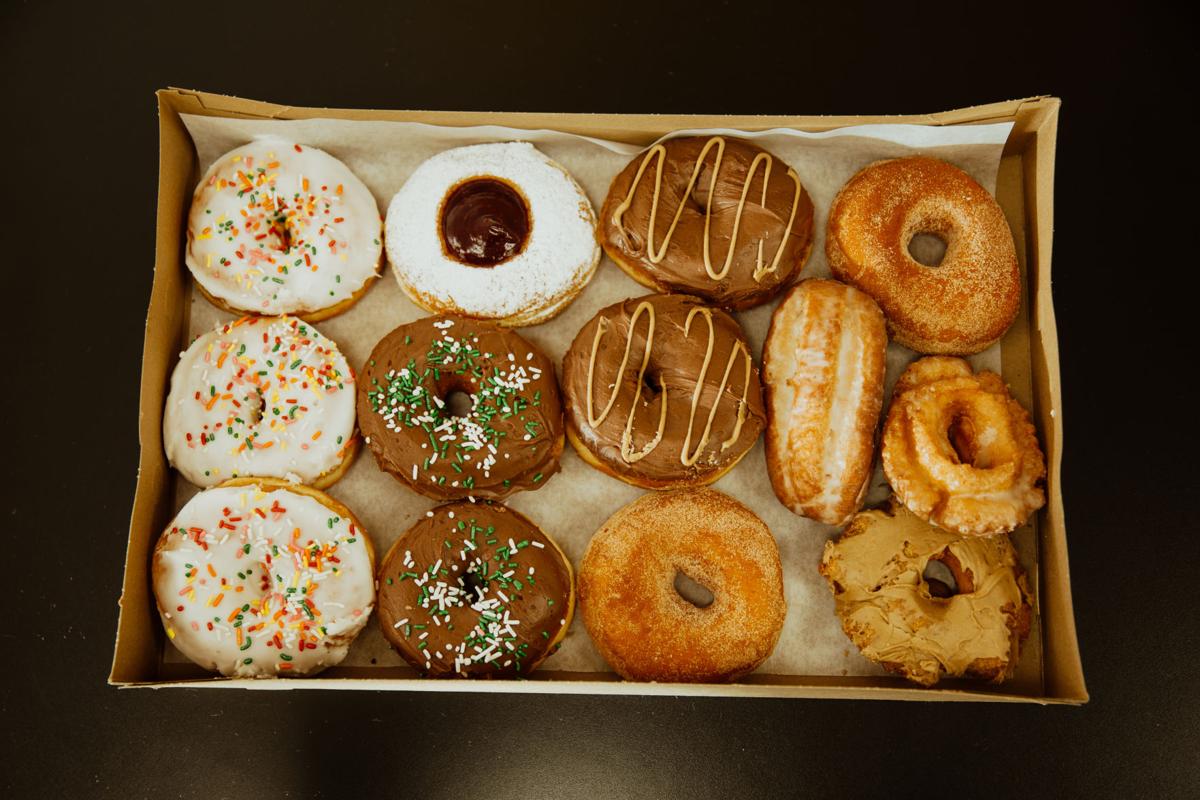 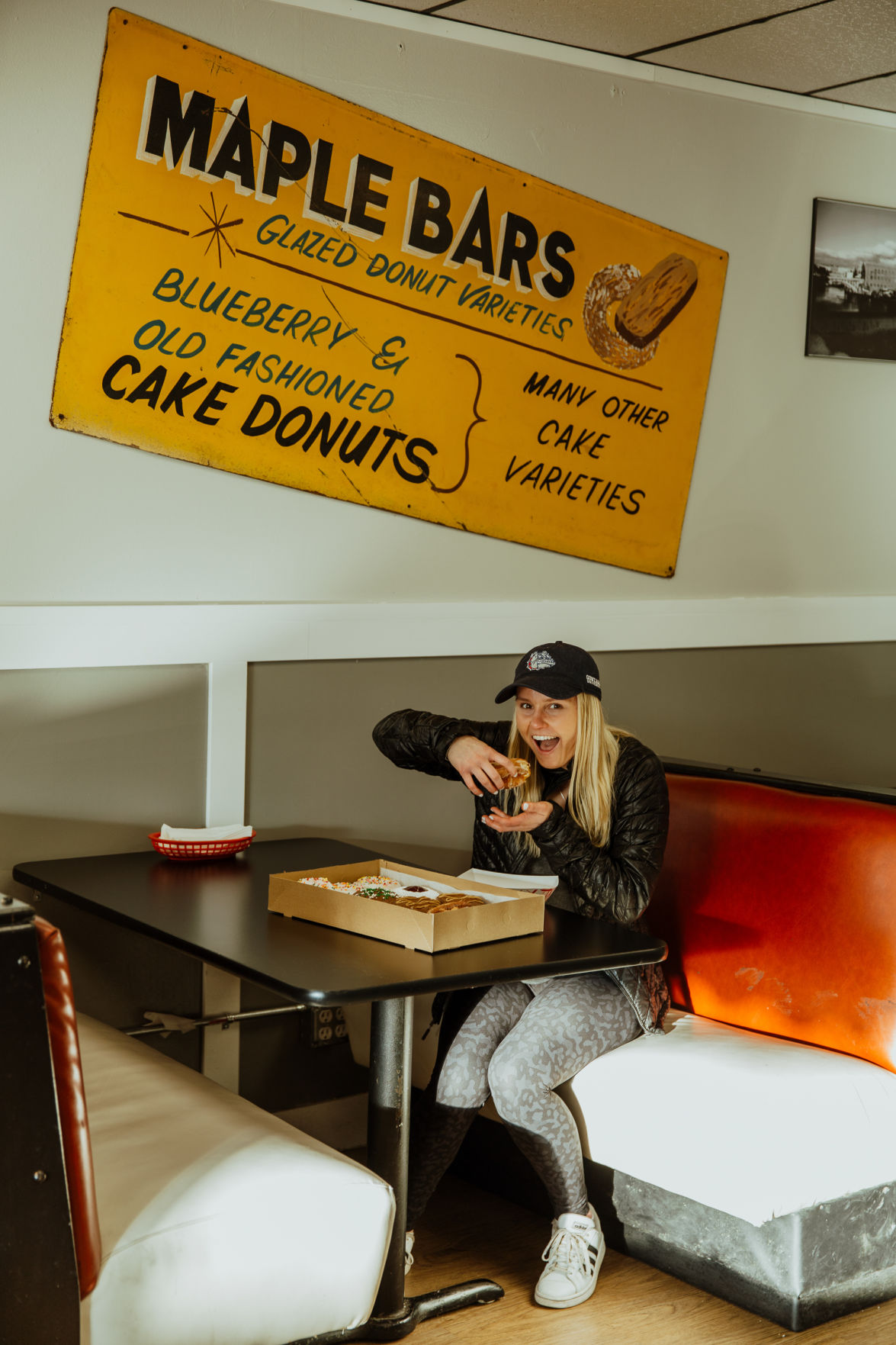 The spring cleaning season is upon us, but that doesn’t mean you need to get going on your beach body. Whether you’ve been tearing up the weight racks at the gym or haven’t even put your foot in an athletic shoe, doughnuts are for everyone. This spring, dedicate some time, cash and calories to some of Spokane’s best doughnut shops near Gonzaga University's campus.

If you’re joining the anti-original rebellion, consider Casual Friday Donut Shop the place for you. The bakers of Casual Friday carry the virtue “above and beyond” so well your phone will definitely want to eat first.

The only casual thing here is the short drive up Division Street to get to this donut parlor. Otherwise, expect this sugary outing to be nothing short of extravagant.

It would be incredible if anyone can fit any of these doughnuts in their mouths. The chocolate cake doughnuts are the size of my head and if I were drowning, I would feel safe if someone threw me the salted caramel ring instead of a lifesaver. In other words, when the day is long, let Casual Friday be your rich rescuing.

Dough-not even get me started on the jitters I get for their fritters. By far, the fritters at Casual Friday are the largest and most enjoyable delicacy in the shop. Even the croissants are of class: Casual Friday has made the croissant-consuming life easier by applying raspberry filling before baking.

Casual Friday might not be the place to get your daily dose of doughnut due to their pricey deals, which vary from $1.25 to $3.00 for a single doughnut. But if a special pastry is what you need to get through your day, indulging in these special treats might be worth the money.

Kiauna Cox, a server and baker at Casual Friday, defends the high prices.

“They’re definitely gourmet. All our doughnuts are handmade, hand cut, hand rolled," Cox said. "Even our icings, every day, we’re making 120 pounds of icing just for one flavor. We put a lot of work in and effort making our doughnuts. It’s not just Krispy Kreme with those million-dollar machines, we do everything ourselves. There is something special about that.”

Cox’s favorite doughnut is the Homer, referring to the doughnut that has become an emblem of the television series, The Simpsons.

Let it be simply said the only fighting one will need to get a Yoke’s doughnut is the fight against craving control.

Believe it or not, but the local grocery chain, Yoke's Fresh Market, is home to some of the finest doughnut craftsmen near campus. There is a possibility these doughnuts taste so heavenly because they are served after morning Mass at St. Aloysius, but the Yoke’s doughnut experience goes beyond divine intervention. Yoke’s doughnuts taste as magical as every doughnut did when you were a child. If there was a perfect way to frost a doughnut, it would be Yoke’s way.

Yoke’s doughnuts are for patrons who live a simple doughnut-eating life: Yoke’s classics are the maple bar, chocolate bar, jelly filled, original glazed, chocolate iced glazed with sprinkles, cinnamon raisin buns and other small-town heroes. If taste and style hasn’t sold you yet, consider Yoke’s prices. A single doughnut sells for 80 cents, and a dozen for $7.

Chris Powers, a baker at Yoke’s bakery, stands by his doughnuts through and through.

“I would say they’re the best,” he said. “I’ve had customers tell me they would fight people for our doughnuts.”

If you’re still looking for your element in Spokane, consider joining the Sugar Club Gang at Hello Sugar,. In this doughnut-lovers’ clan, a member can get “rad deals, sweet treats and shared secrets” according to the website, hellosugarspokane.com. And if gangs aren’t your forte, perhaps miniature foods are.

Mostly, self-love is heard loudest through the employees at Hello Sugar,.

Kayla Kim, a senior at GU, is a proud baker and server at Hello Sugar,.

“Hello Sugar, fills a sparkly need in Spokane and is all about the aesthetic and the hustle,” Kim said. “We pride ourselves on exceptional customer service, and you can expect a warm and welcoming atmosphere with the friendliest baristas and doughnut slingers around.”

Never before has buying a doughnut been an experience until Hello Sugar,.

“We’ve got a beautiful view of the Spokane River and the rest of Kendall Yards just outside our doors,” Kim said. “We believe in the power of people, positivity and dancing.”

Kim’s favorite doughnut is the sugar maple. Other favorites are the strawberry shortcake, just chocolate, perfectly powdered and the dutch baby.

Donut Parade is nearest to campus and possibly the dearest to Spokane hearts.

After the previous owners chose to close the shop, Nathan Peabody took over the lease in November 2018 and reopened March 13.

Donut Parade is family friendly and values the nearby community.

While Peabody was willing to continue the local mission of the Donut Parade, he had a deeper motive.

“I was involved in a youth mentoring program that ended and I wanted to continue it, so we were looking for a place in this community where we could job train,” Peabody said. “So, it would have a sustainable business to it, so we could job train teenagers. Then, we hoped it would be big enough that once it closed down for the day, we could turn it into a tutoring mentor center. We haven’t started that yet, that’s still a dream, but that’s why the building has so many seats.”

Above all else, Peabody said he wants Donut Parade to be known for its doughnuts.

“I appreciate when people come here because the doughnuts are good,” Peabody said.

The doughnuts at Donut Parade hold their own in Spokane’s doughnut industry. At this doughnut shop, students will feel as though they have escaped to home for a trip to their own hometown bakery.

There is truly a doughnut here for everyone; these doughnuts vary from simple classics to fun and festive creations. This characteristic holds true, for Peabody’s favorite is the chocolate-covered blueberry and cream doughnut, but can attest that the talk of the town is Donut Parade’s maple bars.

If you're looking for a quick pick-me-up, dough-not cancel on Donuts to Go before you try it. Donuts to Go may look like another filler store on Division, but among the four walls of the small convenient doughnut shop is the long lineage of a family-owned business and home-cooked doughnuts.

Most passersby might not consider entering this shop, but the hospitality of the workers and the colorful array inside the doughnut case will definitely have me coming back.

Whether it is Christmas, Valentine's Day or any other holiday, Donuts to Go is always baking up a festive doughnut to celebrate the times of the season. This shop caters to early birds, so get there early before they run out!