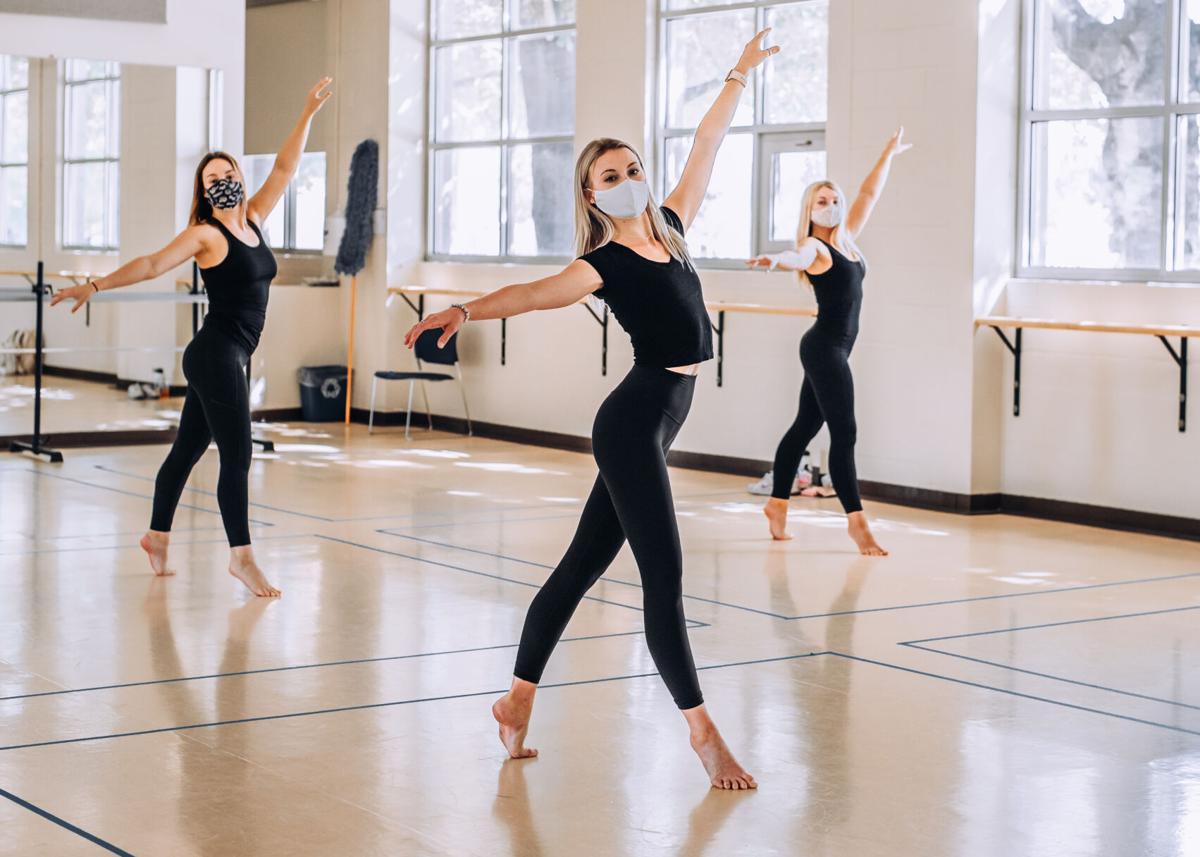 Gonzaga’s dance program will continue to function in person this fall, with the use of social distancing and Zoom options. 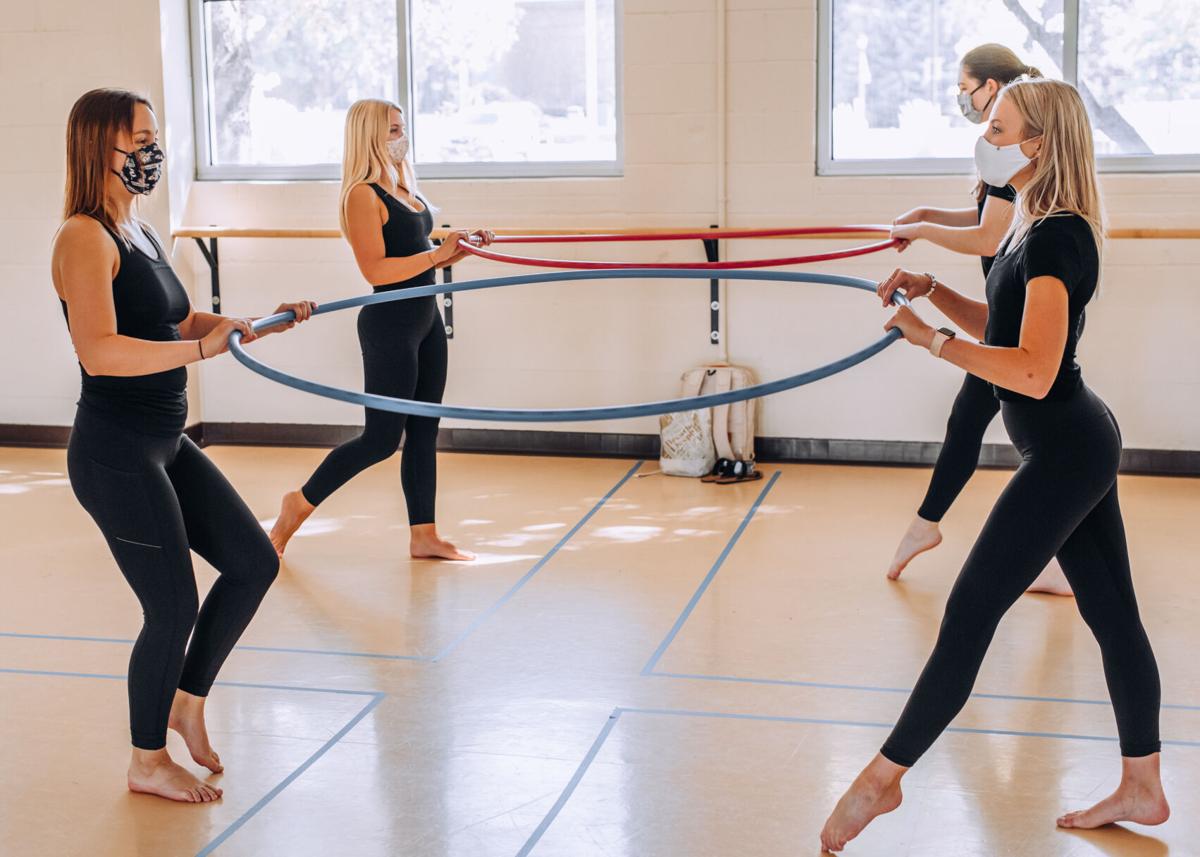 Gonzaga’s dance program will continue to function in person this fall, with the use of social distancing and Zoom options.

She was not expecting to continue dancing in college, but during the fall club fair, she met the director of the academic dance program, Suzanne Ostersmith, whose passion and enthusiasm drew her back into the world of dance.

“I really was just thrown into the program headfirst, and I got so involved with everything,” Walker said. “It’s just changed my life entirely because I didn’t even think I was going to get the chance to dance again and now I’m majoring in it, which is so special.”

The program has grown immensely since 2000 when Ostersmith first started it. At that time, there was only one dance class offered each semester within the theater program. The dance minor was created in 2006, with performances, the interdisciplinary arts minor and the dance major all following in an amazing program transformation.

“Dance becomes a community and becomes a family and I’ve had a lot of students who come to Gonzaga and say ‘You know I danced a lot in high school, but I’ve kind of burned out. I’m going to step out’” Ostersmith said. “But then they often-times make their way back in just because the community is so strong.”

After all of the prosperity the last few years have brought for the dance program, COVID-19 brings some new challenges that will change the way the program looks.

All summer, Ostersmith has been meeting biweekly with the faculty in order to figure out how to make the program worthwhile for the students while adhering to social distancing guidelines and considering the reality of remote learning.

During first semester, the dance program usually hosts an artist residency showcase in September, a student choreography showcase in October, a professional company concert in November and another student concert in December. The various facets of performing, including the preparation and the showcase itself, is a very valuable part of a dance education, so plans still remain to have these fall events.

“They’re still planning on having most of our shows, but there’s not going to be any audiences,” Walker said. “Everything is just going to be recorded and livestreamed. I don’t think that there is anything that has been canceled entirely, which is really awesome, but everything is going to look super different.”

The challenges posed by the new rules put in place to keep students safe have created a strong need for creative solutions.

“We keep saying ‘thank goodness we are in such a creative field,’” Ostersmith said. “Our brains have to always think creatively, so we feel in some ways, whenever we want to get grumpy about it, this is what we are trained to do.”

Students will wear masks while they dance within their own 10-by-10-foot square. Within these squares, there is not enough room for traveling movement, so the dance staff has come up with several inventive changes for these limited spaces. Additionally, Ostersmith has been training with a mask throughout the summer to understand what it will be like for her students.

“I think my biggest worry is actually getting into the studio and practicing and rehearsing and how challenging that’s going to be, but overall, it’s not too bad because it’s still happening,” Walker said. “I still get to dance, so that’s exciting.”

There are even some classes, such as “Dance: Culture and Art,” that require students to dance with partners. Due to the need to social distance, Ostersmith had to come up with a way to teach students the art of leading and following in the waltz or tango while keeping them 6 feet apart. Her solution was hula hoops.

Unfortunately, hula hoops with a 4-to-5-foot diameter are hard to come by, so Ostermsith found a type of plumbing pipe she was able to use in order to create her own giant hula hoops for class.

In order to accommodate remote students, new technology is required. The regular cameras for a lecture hall were not suitable for all of the movement involved in dance classes.

“What I found was, for me to move around the space, [the camera] really had a hard time tracking, so I made a request for certain kinds of devices,” Ostersmith said. “There’s one called a swivel that’s specifically for following the faculty member at a fast pace as we’re teaching dance.”

Projecting the image of remote students in the studio, the dance faculty hopes to include students who are dancing from home as much as possible while also eliminating any sense of vulnerability they might feel by ensuring the image is behind the rest of the class.

Despite the many challenges with this new reality, the dance faculty is approaching them with lots of dedication and optimism, hoping to make the program a great experience for the students this fall.

“We are going to get through this,” Ostersmith said. “It’s going to be messy, but then once we get to the other side, whatever that looks like, the potential, where we can go with the new performing arts center and with Gonzaga being the institution that it is, I just have a lot of hope.”

Review of the new Netflix documentary drama 'The Social Dilemma'

Get thrifty: The best bang for your buck at Spokane's top thrift shops