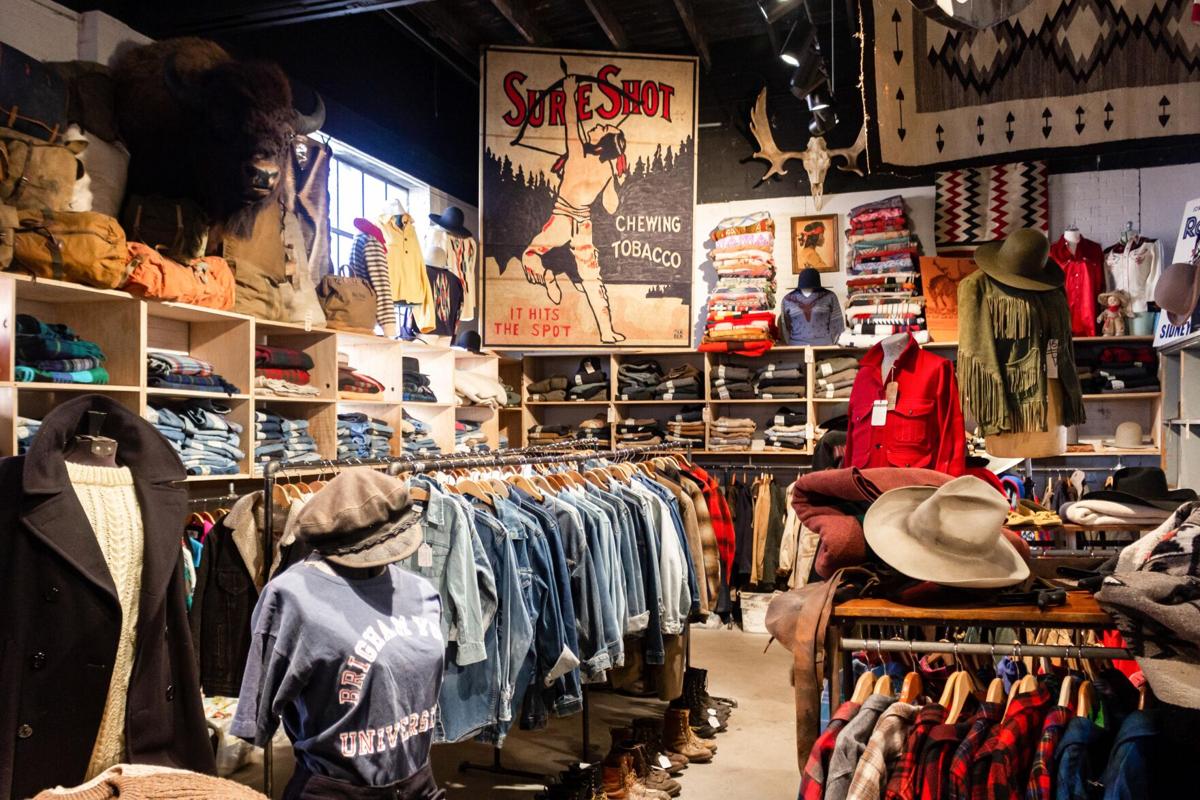 Sustainable fashion has grown in Spokane, with more consignment stores opening throughout the city. 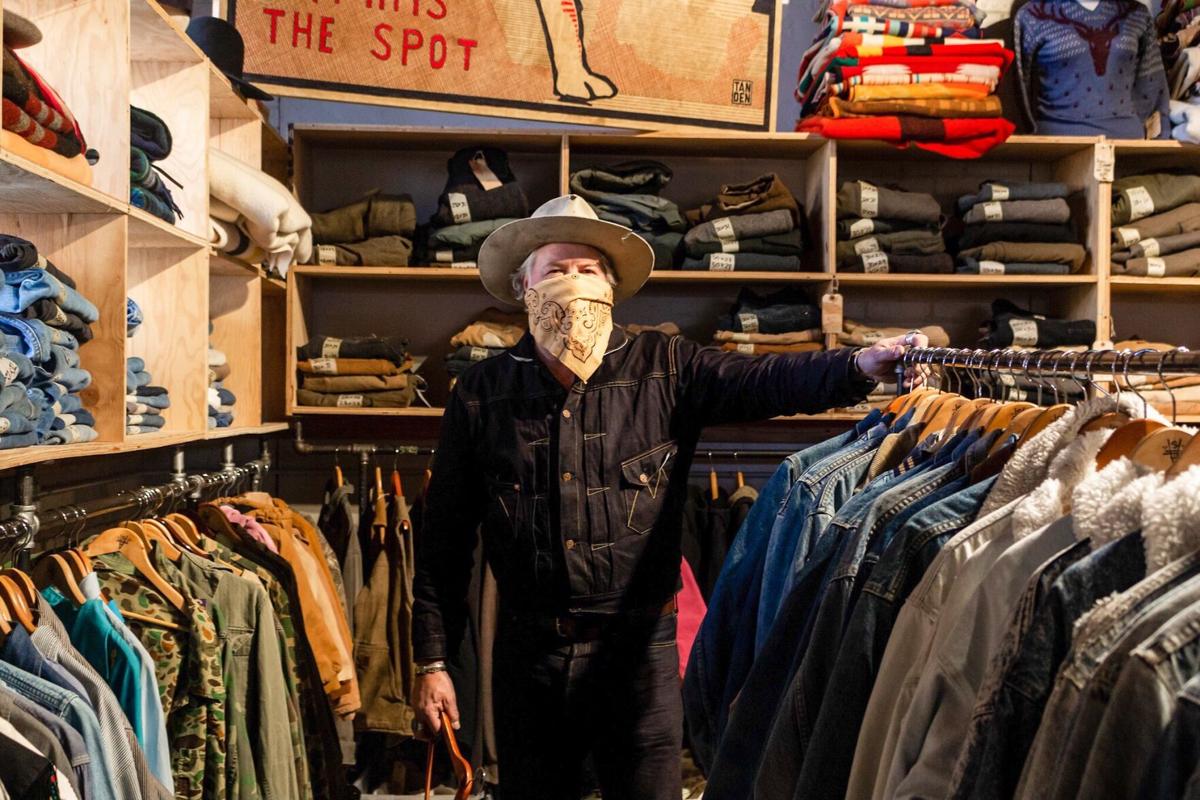 Breezy Brown is one of the many resellers that have shops around Spokane such as Boulevard Mercantile and Teleport Vintage.

Sustainable fashion has grown in Spokane, with more consignment stores opening throughout the city.

Breezy Brown is one of the many resellers that have shops around Spokane such as Boulevard Mercantile and Teleport Vintage.

Sweater weather is returning, and so are '90s trends. You can find both within the growing vintage community here in Spokane.

Recent years have led to increasing popularity of sustainable and thrifted clothing, and it has given local shops the ability to expand.

Bright colors, funky prints and a wide array of textures catch your eye when walking into the Boulevard Mercantile on 1021 N. Washington St., a popular local vintage shop. Antique glass panes warmly light the aisles of furniture, home accessories and clothing from decades before. Multiple vendors sell their collections here, including Breezy Brown, whose corner of the store stands as an amalgam of sturdy textiles.

Brown began his journey with reselling 20 years ago. Retiring from construction, Brown began to sell records out of his garage, which eventually expanded into clothing.

“I went into clothing with the same energy as I went into with records, you know, just a passion,” Brown said.

As the years progressed, Brown’s focus on clothing began to grow, taking business out of the basement and onto North Washington Street.

“When Boulevard first opened up, I had a small little booth in the basement," Brown said. "And it just expanded into to what it is today. Just little by little growing the vibe, the scene, the backdrops."

His collection is distinctly garnished with cattle skulls and rustic symbols; the racks and shelves are reminiscent of these, full of denim and rugged wears.

“From a construction background, I knew how expensive it was to dress," Brown said. "So, I started to pass that on. You know, make having rugged wears affordable."

Brown described a customer demographic shift within the past decade, as vintage clothing has become increasingly popularized.

“In the summertime, I don't really have a choice," Brown said. "I'm mostly just selling to young folk – cut offs and t-shirts. But come fall, that's when I shine, because I'm going after guys who have to spend a lot of time outdoors: working, playing; you know, staying warm and dry."

Walking into Fay Ripley’s collection, which can be found next to Brown’s, a mood shift is definite. Racks are lined with bright popping colors and an array of texture.

Ripley found her door into the vintage community through her photography, in which she incorporated 1920s clothing into her portraiture. Eventually, she expanded into later decades, cultivating a colorful and rich collection.

Over time, Ripley has taken to heart the value of sustainability within her community, remarking on how detrimental the fast fashion industry has been on both climate and humanitarian issues.

“I think it's just at some point in time you start thinking about like holy cow, there's like so much clothing," Ripley said. "Where does it go? Like what happens to it?”

Ripley described how buying vintage and secondhand clothing is one possible way to combat the issue of overproduction and overconsumption and commented on the need for education on fast fashion. She strongly recommended the book “Consumed” by Aja Barber, which highlights the darker side to the fashion industry.

“It's like that's the concern over overdoing it and over- consuming," Ripley said. "And the hardest is lifestyle change. And at the end, how to change is the way we buy the amount we purchase, how those within the supply chain are treated, recognizing that ourselves and how we participate in and perpetuate the system."

Social media has allowed for increased online dialogue within the online sustainability and vintage communities. Ripley has linked resources and information to her Instagram, @redleafvintage.

Forster opened his doors this past March, though he has participated in the vintage community within Spokane for years.

You can see Ripley’s collection through the open industrial-style front of the shop. The brick interior is adorned with vintage pants and racks of retro t-shirts and sweaters. Forster described how he has received many compliments on the shop from those likening it to those in New York.

“It's nice to have the feeling of that aesthetic of a big Metropolis but also have the prices to blue collar accessibility,” Forster said.

Growing up in Spokane, Forster described how meaningful his shop and those like it are in this community, both culturally and ethically.

“It's kind of the beautiful thing about [vintage] too, because not only are you trendy, right, because you are wearing vintage, right?" Forster said. "And then you get the opportunity to mix and match, and if you care or know about it, or you're indifferent about it you are helping."

Madeleine Reed is a staff writer.