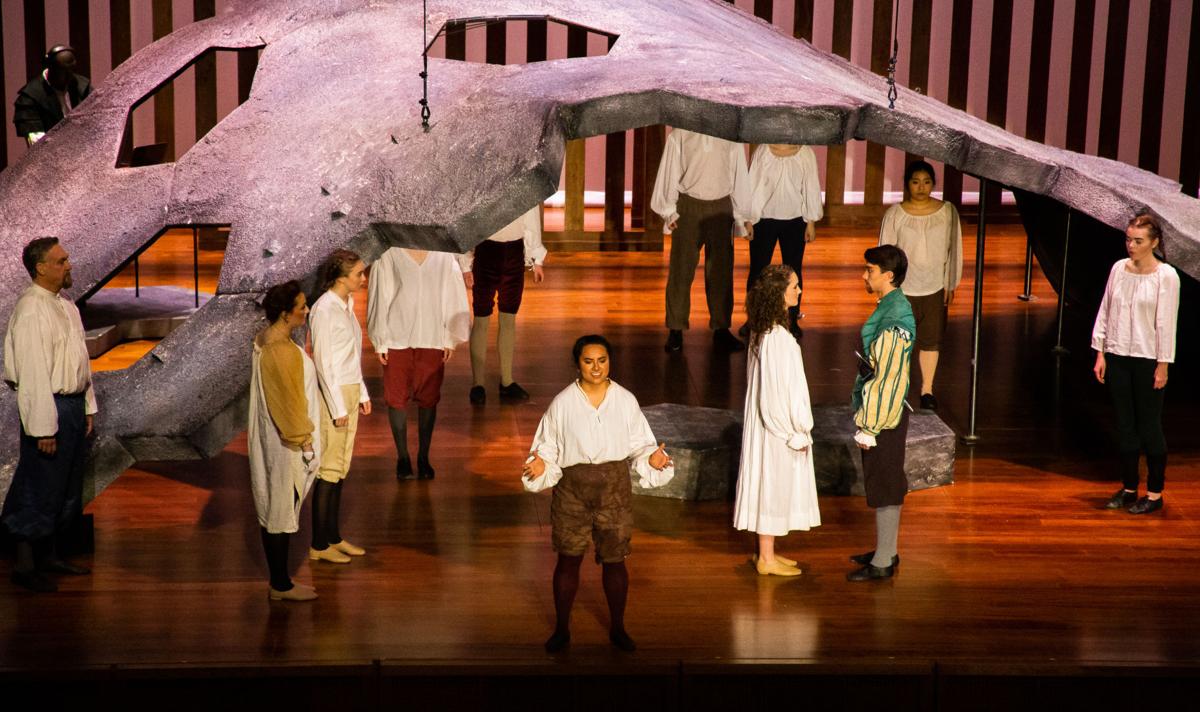 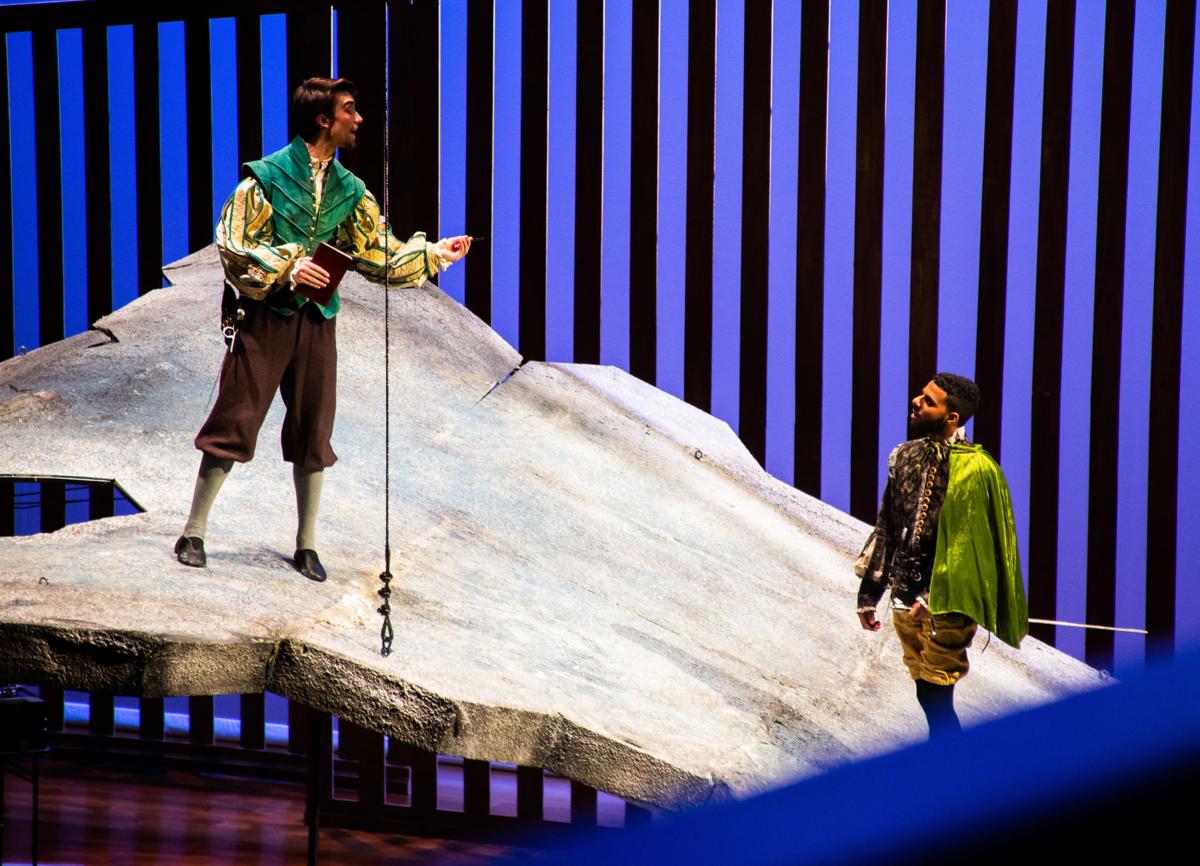 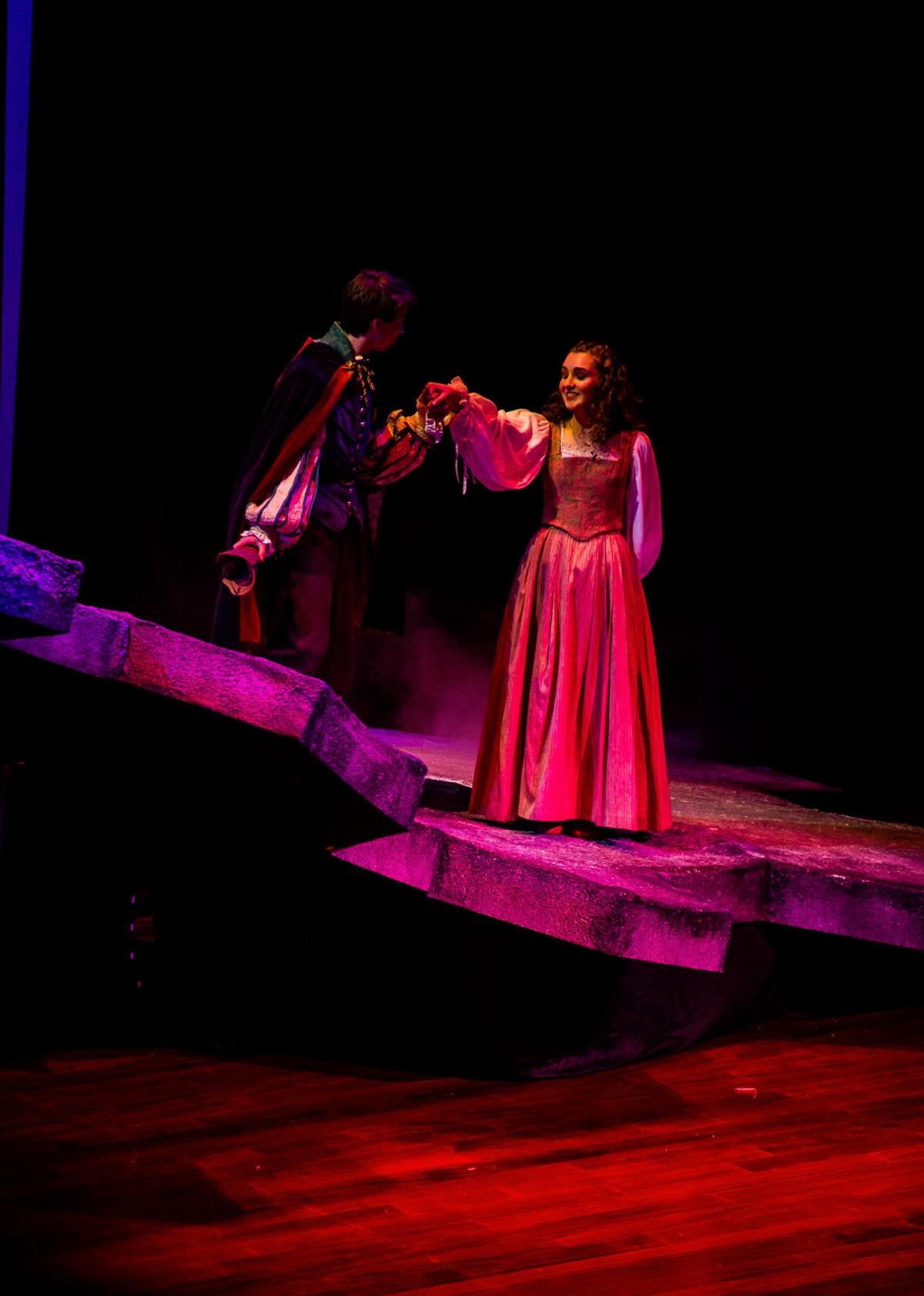 Gonzaga put a contemporary spin on the historical classic, “Romeo and Juliet.”

“Romeo and Juliet” is a story almost everybody knows. A girl and boy fall in love in four days and then die because of their deep love for each other within that timespan. It is one of Shakespeare’s most famous works, redone thousands of times in theaters around the world.

Starting last Friday and until Sunday, Gonzaga University’s Department of Theatre and Dance is debuting its fall play in the Myrtle Woldson Performing Arts Center,  which opened in May. The department wanted to do a show that was well-known to draw in larger audiences from around the Spokane area.

“It’s really different from the Magnuson Theatre,” said sophomore Anna Kay who plays Juliet. “It feels all the more professional and almost intimidating at times.”

But for a story that is known as the world’s greatest love story, how can GU give a memorable performance for the audience?

GU’s answer to this was simple — mix contemporary song, dance and stage set up with 15th century costume and speech to create something unique to this one performance of “Romeo and Juliet.”

The audition process for this production began in September with rehearsals immediately after the roles were filled. Romeo is played by senior Brett Bean.  sophomore.

“I think they announced parts on a Thursday and rehearsals started that following Friday,” Bean said.

As the audience entered, they are greeted with a large yet simple set designed to look like a cave, the set for all of the scenes during the production. The rock formation on the stage is simple enough for the audience to not get distracted, but so the actors could use all parts of it, by climbing on top and underneath it.

Sophomore Xander Claypool is the assistant stage manager for “Romeo and Juliet.” He helped build the set for this production, along with other GU students and some welders who helped build the framing of the set.

“Consistently there was about 10 people working on it,” Claypool said. “We actually had union workers come in and load the set because it was so massive.”

A DJ sat on the left hand side of the stage, playing contemporary hip-hop tunes throughout most of the show. Upbeat R&B songs played as the audience trickled in before the show and during transitions an R&B beat echoed throughout the theater.

“The whole thing is a bit different,” Bean said. “Take something old and do something new with it, kind of like what they are doing with the whole theater space here.”

Contrary to the contemporary song and dance, the costumes are modeled to be as traditional as possible, mimicking 15th Century Verona, Italy, dress and accessories, including facial hair.

“Facial hair was pretty popular back then,” Bean said. “Young men like Romeo or Mercutio or Benvolio would want to be like ‘Oh I’m manly, I can grow facial hair.’”

During the scene changes with transitional music, the background of the stage, partially hidden by a massive fence made of wood, changes colors depending on the mood or time of a scene. The backdrop is reminiscent of a sky in different times of day, with a yellow backdrop for the bright early morning or a deep blue for the scenes set late at night.

The dance scenes mixed contemporary dance moves with historic dance moves that were reminiscent of the era where the play was set. For the main ensemble dance, everyone gathered around the DJ who was moved center stage for this scene, dancing in traditional, formal couples with arm moves resembling the ‘Soujia Boy’ arm crank from 2008.

Sword-fighting scenes captivate the audience by the intricate choreography and clanking of the metal hitting metal.

“Prior to a performance or rehearsal I sit with all the fighters for the show and we go through the fight choreography at three different speeds to make sure they’re doing it safely,” said Claypool, who is also the fight captain for “Romeo and Juliet.”

Another aspect that made this reenactment of “Romeo and Juliet” set itself apart from others was the storyline — it doesn’t go in chronological order.

“We start at the Tomb,” Kay said. “So you come into the show and immediately have to have this really dire feeling.”

The play began with the ending of the original play, with the couple both dying in the tomb after believing that their one true love was killed.

“I wanted to somehow unpack the play from our expectations,” wrote director Charles M. Pepiton in the director’s note of the program. “All transformation implies disorder.”

Pepiton described in the director’s note that people think “Romeo and Juliet” is a play about their tragic end together, when in fact it’s about something much more.

“I propose that Shakespeare’s play is about the transformative power of choice, despite all evidence and warnings to the contrary, to fully connect with one another, that simultaneously selfish and selfless act wherein strength is found in weakness,” Pepiton said.

“Romeo and Juliet” will play at Myrtle Woldson Performing Arts Center  until Sunday. On Friday and Saturday it is playing at 7:30 p.m. and at 2 p.m. on Sunday.

Tickets are reserved seating and prices range from $10-20 with students, faculty and staff discounts available. They can be purchased online, over the phone and at the box office.