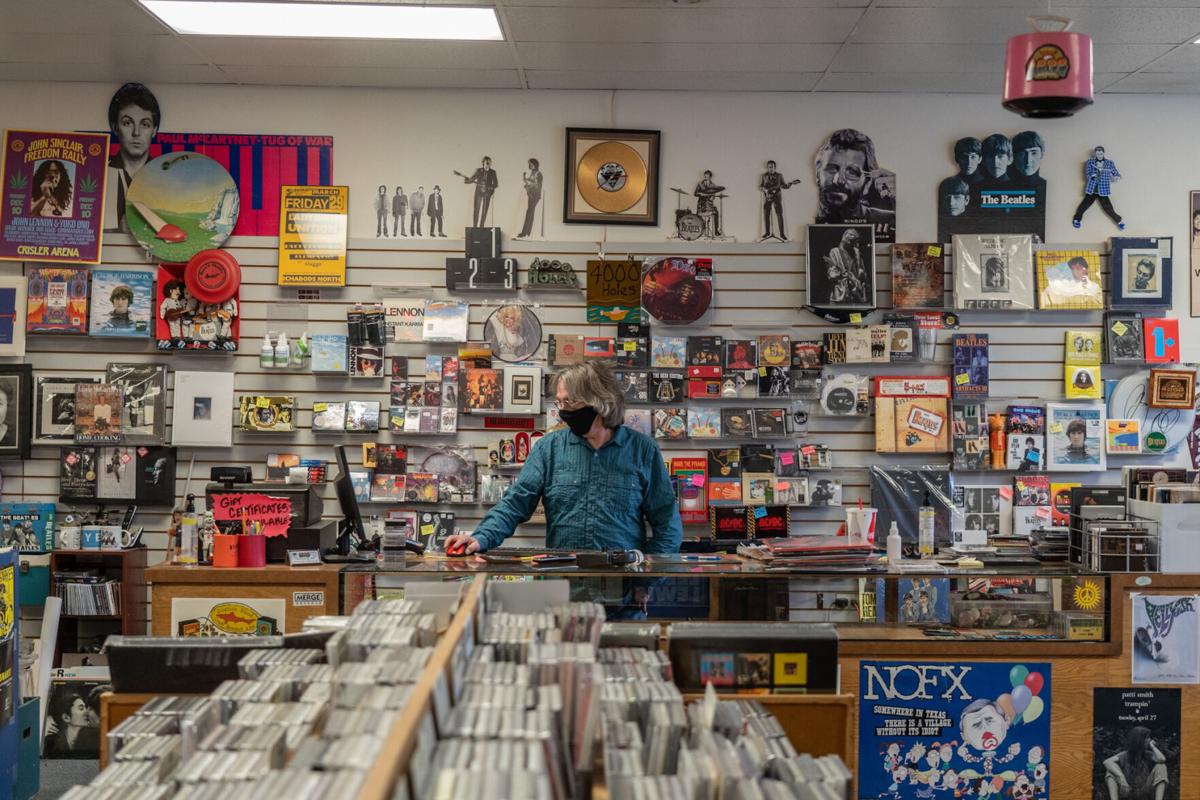 Gallagher has collected records since he was a kid and his dream was always to open a record store. 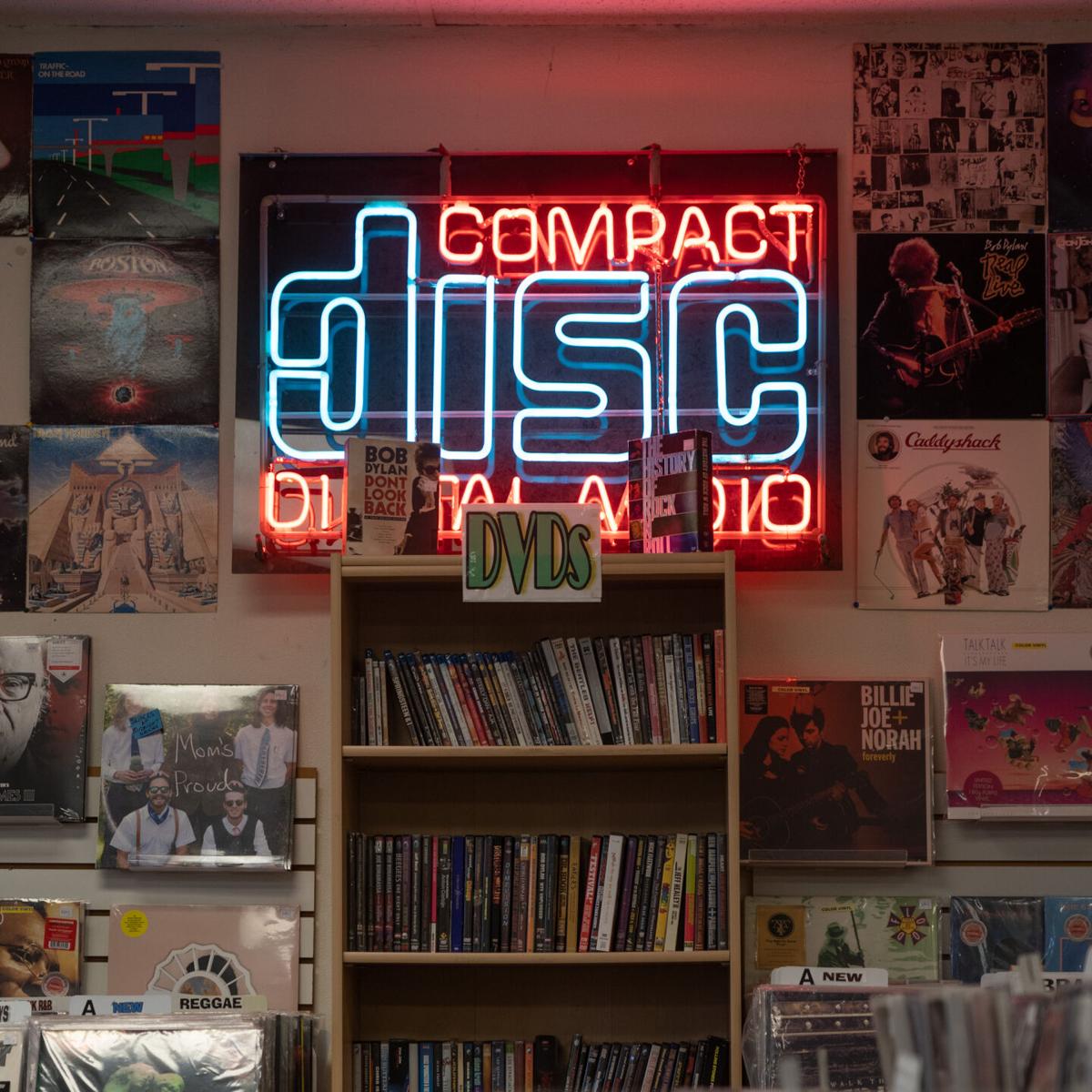 Bob Gallagher opened 4,000 Holes record store at its original location in 1989. Since then, it has moved twice and currently resides on Monroe Street.

Gallagher has collected records since he was a kid and his dream was always to open a record store.

Bob Gallagher opened 4,000 Holes record store at its original location in 1989. Since then, it has moved twice and currently resides on Monroe Street.

There’s something so enchanting about being inside an old-school record shop like 4000 Holes record store, whether it’s the selection of music playing overhead, the thousands of records to be flipped through, the album art that decorates every wall or the people.

Take it from Bob Gallagher, owner of 4000 Holes record store. Gallagher has bought records since he was a kid and loved The Beatles when he was younger, but he started seriously collecting records in the 1970s, when he said he got ‘Beatle mania’ again.

“As a kid, I always wanted a record store. I mean early on, I remember going into the local record store, and it was like sort of a church for me. It was so cool, all that stuff in there,” Gallagher said.

When Gallagher first started collecting records, he realized that he wouldn’t be able to keep collecting them on his salary, so he started selling records and found out he had a talent for it. Eventually he had enough to open a store, and so he opened 4000 Holes in 1989, Gallagher said. The store’s current location on 1610 N. Monroe St. is its third location, and Gallagher said he’s been there for the past 16 years.

Gallagher said that when grunge became popular the store did well, but when the recession hit, his store was fortunate to not go down like many other record stores did at the time. About 12 to 13 years ago, vinyl started making a comeback.

“We always carried records even though they weren’t popular, but we were always a record store, and so after records picked up immensely, people kind of realized how cool they are again, and business is great,” Gallagher said.

Digital music initially led companies to phase out records, but companies slowly began making records again as they grew in popularity, Gallagher said. This was no surprise to him, who said records have always been fun.

“If you’re a record person, once you see one it’s not really a choice, you like ‘em. It doesn’t really matter generation-wise or anything, it’s all about the records,” Gallagher said.

Shari Riley, a customer at 4000 Holes and vinyl fan, said she likes records because you don’t see the same kind of artwork with digital music like you do with records. When asked what her favorite part of 4000 Holes was, Riley said she likes the wide selection of music, which includes everything from rock to reggae to blues and all of the album covers and posters.

When COVID-19 hit, Gallagher had to temporarily close the store and step up selling records online, which kept business alive, he said. Once he was able to reopen the store, Gallagher did so, making sure to follow and enforce all COVID-19 safety precautions, including limiting the number of people allowed inside the store and wearing masks.

Part of what makes 4000 Holes special is the customers. Gallagher said that there’s a loyalty between record buyers and record stores and that everyone has their own little spot in the world when it comes to favorite records.

Natalie McRae, a long-time customer of 4000 Holes, said her dad grew up coming to the store, and so did she. When she was younger, she would get gift cards to spend at 4000 Holes, and now her and her fiancé have about 3,000 records, she said.

McRae said she is a huge vinyl fan and enjoys coming to 4000 Holes and flipping through records without searching for anything in particular.

“It’s fun to just go see if there’s anything you flip through and find something you love,” McRae said.

Gallagher also said that on weekends when the store is busier, customers will often be discussing shared music tastes. He said this makes 4000 Holes fun for him every day and a cool place to come as well. It’s not uncommon for people to be ‘talkin’ rock,’ as Gallagher put it.

“It’s pretty cool to have a record store, I’m pretty happy that I’ve been able to spend my last 30-something years doing records. People love records, I tell people, ‘I sell fun.’ Even the heaviest, darkest metal can make somebody feel good,” Gallagher said.

'WandaVision' is innovative, imaginative and well worth your time

GU Choirs presents 'Can You See?' in celebration of Black History Month

You can't mask comedy: How GUTS has continued entertaining through COVID-19