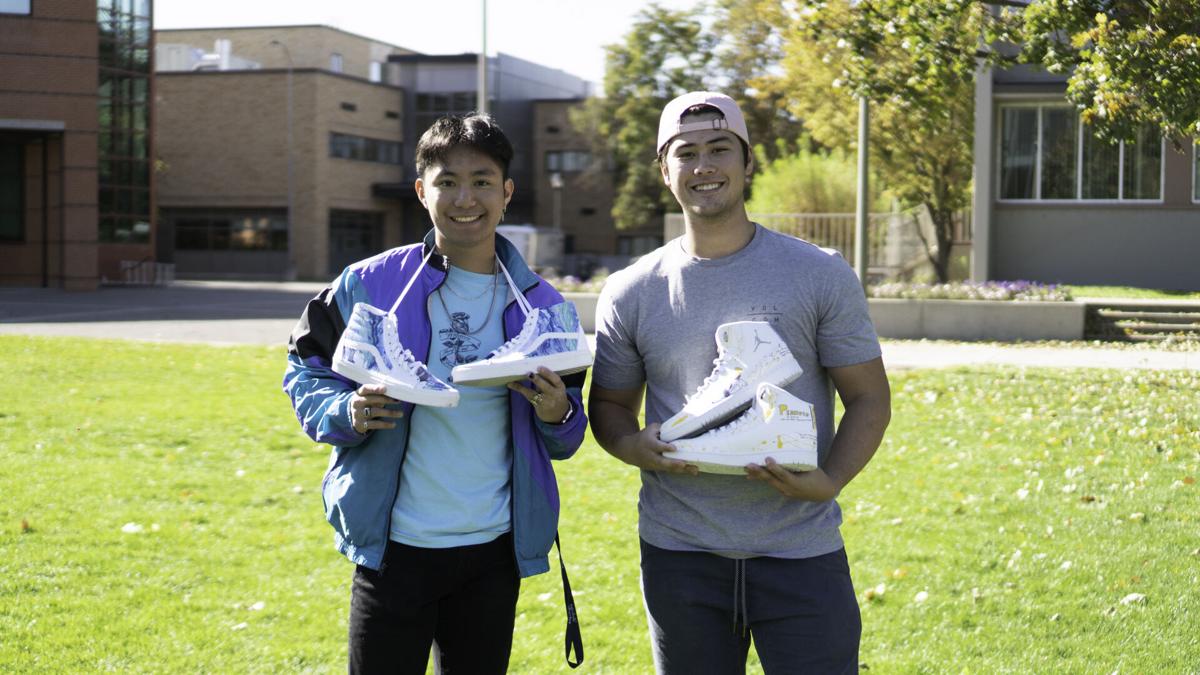 Painted shoes have increased in popularity on GU's campus, allowing students to express their creativity in an original manner. 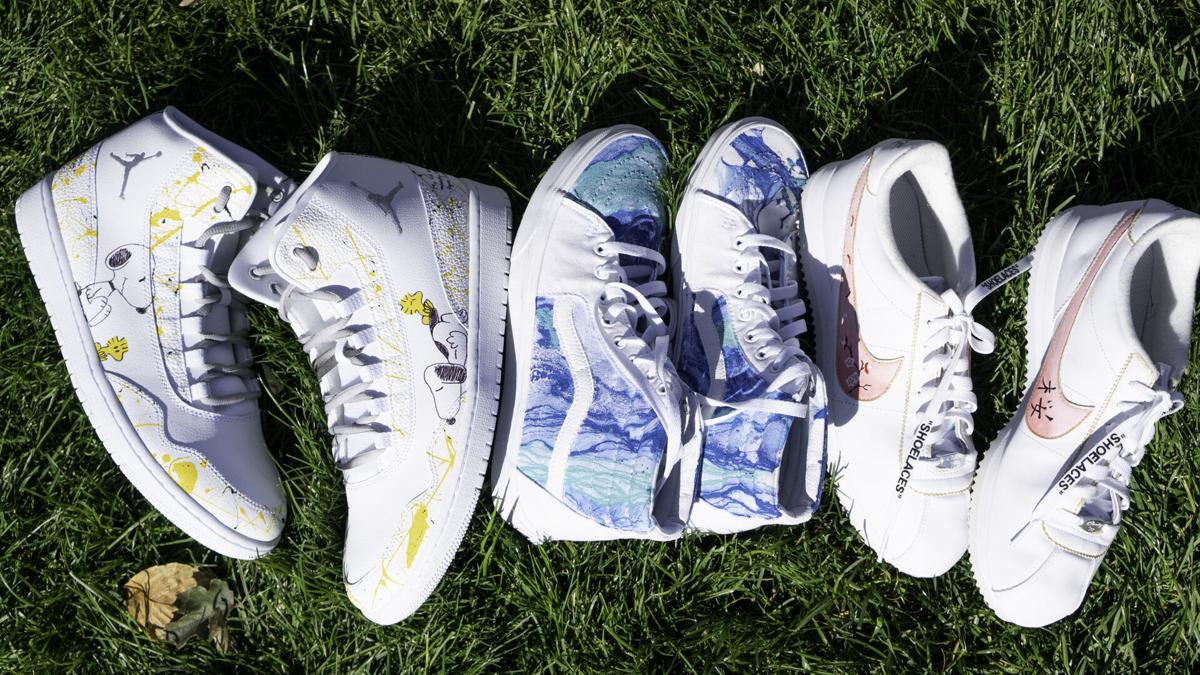 Using different methods like hydro-dipping and spray painting creates a range of effects. 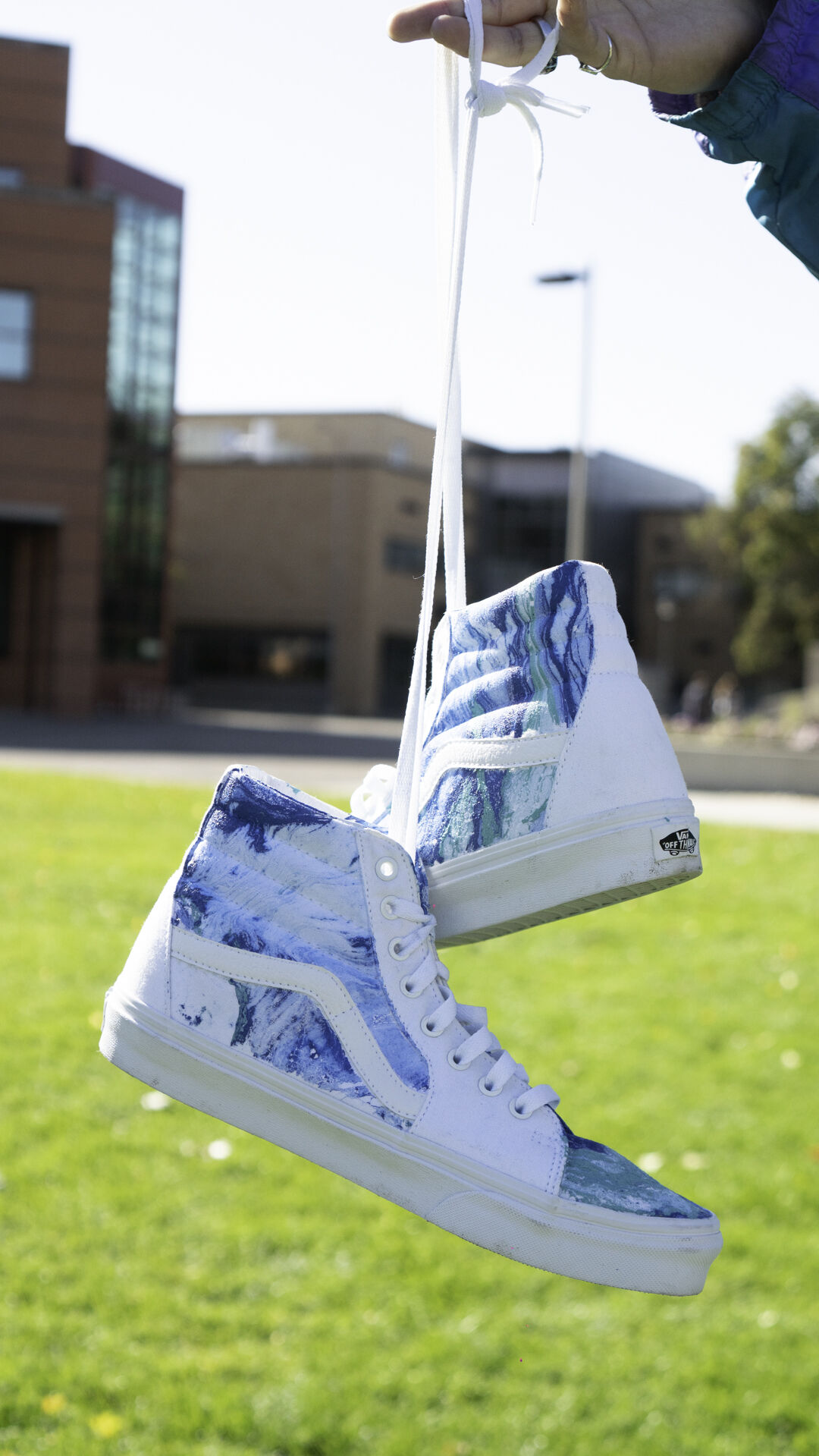 Painted shoes have increased in popularity on GU's campus, allowing students to express their creativity in an original manner.

Using different methods like hydro-dipping and spray painting creates a range of effects.

Ever wanted a pair of custom kicks while supporting local artists? Gonzaga University students are continuing to celebrate their diverse range of passions, with some artists on campus delving into the world of custom shoes. From anime characters to logo recreation, these students can do it all.

He started painting shoes over quarantine and has continued it over the past two years now. Loutsis lived on campus up until this year, so he would pick them up while locked away in his dorm.

His passion started when he picked up an old pair of sneakers and got the urge to paint them in hopes that he would start wearing them again. The shoes came out well, but he wasn’t super fond of them. However, once Loutsis wore them around a couple of times, he started to notice people really liked them, so he thought he could do it again.

“I think the second pair of shoes [I painted], some random dude just walked up to me and said, ‘I’ll give you money if I can have these right now,’" Loutsis said. "I was like ‘sure,’ so I didn’t have shoes that day. It was fine, and then I just have kind of kept doing it and it was just nice having a creative release to make the shoes and do what I like to do."

Nathan Antiquiera and Jonathan Knoblauch, two GU seniors, met in their physics class sophomore year. During the lectures, they would just scroll through Pinterest together instead of paying attention.

They were particularly fond of the art they found on the site, and thought about trying it themselves. Antiquiera was the first to buy a pair of sneakers and paint them and it wasn’t long until Knoblauch followed suit.

“Music, films, designers, products and stuff like that,” Loutsis said. “My friend wants like an anime shoe, so I’m doing that."

What Loutsis enjoys most about the craft is learning new painting techniques and talking to people about shoes and art styles. He said that he knows a few other people here who do custom shoes too and that he likes seeing their style when it comes to painting, as well as redesigning shoes.

Antiquiera said him and Knoblauch enjoy a wide variety of techniques as well, including hydro-dipping, spray painting and old school acrylic and fabric paints.

Have a challenging project? Antiquiera and Knoblauch don’t hesitate. They are willing to make a wide variety of customs for their peers.

“We have painted hydro flasks, I spray painted my Air Pods case, and I [painted] stuff on my backpack,” Antiquiera said. “Jonathan did this really cool ukulele once too.”

If you’re looking for something more specialty, Knoblauch specializes in drawing cartoons and nature scenes. Meanwhile, Antiquiera said he felt most comfortable doing colorways and patterns.

Clara Green, a GU sophomore, started painting shoes over quarantine just like Loutsis. She said her journey began because she was bored and loved expressing herself through art.

Her most recent project included a variety of designer logos such as Chanel and Louis Vuitton, but she also enjoys painting characters from TV shows, movies and anime.

The process of transferring the design isn’t as easy as one may think. Loutsis said that he starts off by cleaning the shoes, and then preps it with a solution. The purpose of this is strip off the dirt and grime that could prevent the paint from sticking to the fabric.

He then tapes the shoe in the shapes necessary and paints them with a paint brush, as well as an airbrush for convenience and preciseness. For fine details, he will go back in with a smaller brush.

“I’m working on a pair now, it’s spray painted all over and I have to go back and I’m adding like a truck with clouds coming out of the top," Loutsis said. "So after that, I’ll then reclean them, and go in with a water resistant coat."

Antiquiera and Knoblauch see their art as a fun hobby they can make some extra money on. However, they don’t see this becoming a forever career that would make a reliable, nor stable income. What that being said, they appreciate and are excited to create the ideas people contact them with.

“I thought that it was really cool to just see someone be ecstatic and happy about something we gave to – or something they trusted us to paint – and then we get back to them and they’re actually so satisfied,” Antiquiera said.

Meanwhile, Loutsis wants to continue making custom shoes for people in the future, but for now is looking to make a social media for it and take on more orders.

Isabella Asplund-Wain is a staff writer.