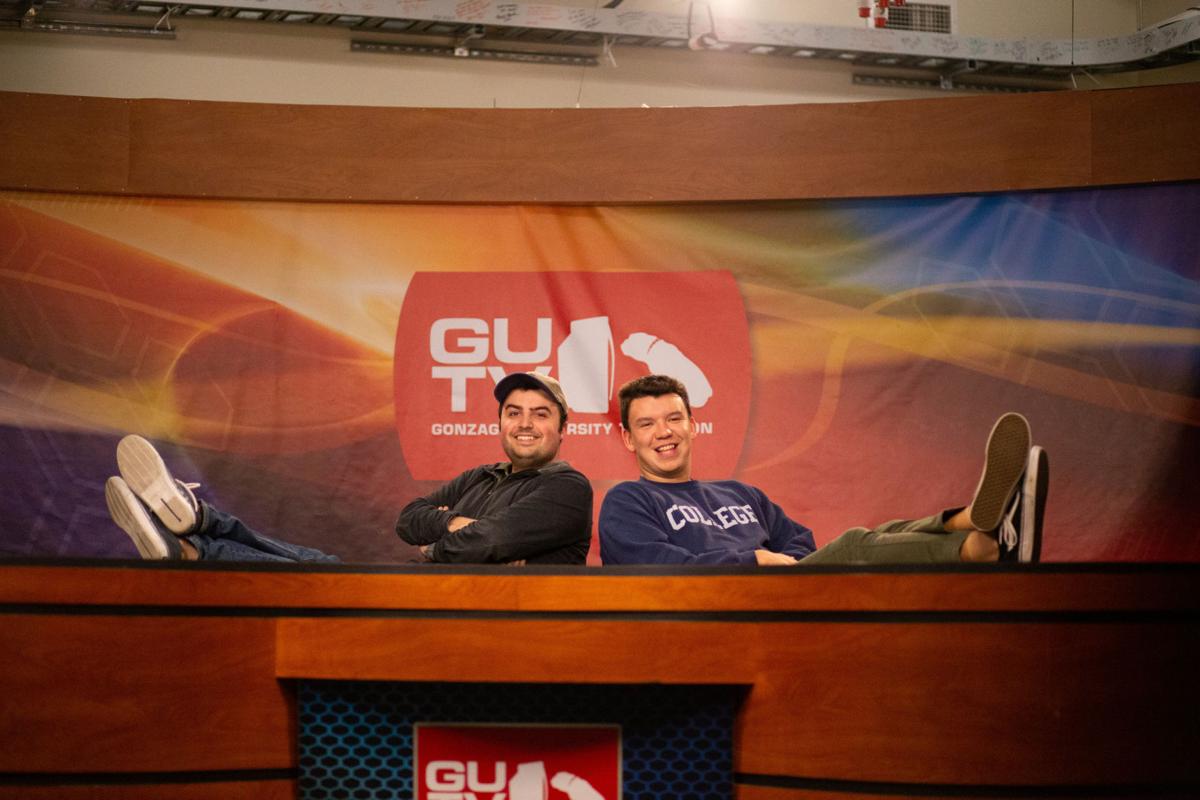 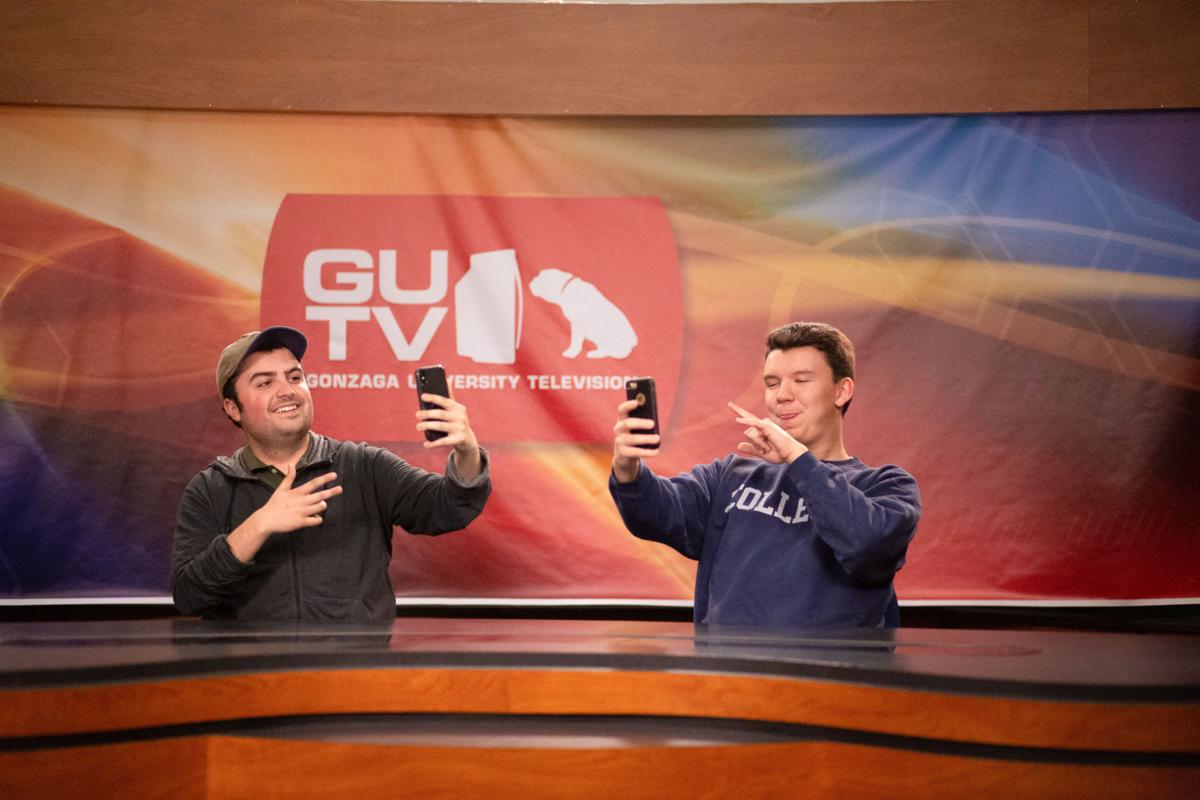 If you’ve browsed through your Instagram or Twitter timelines over the past month, there’s a good chance you’ve come across a clip of Gonzaga TV’s latest production, “The Updog.”

Appropriately deemed “the comedy news show that GU deserves,” in the bio of their social media, “The Updog” was founded at the beginning of the fall semester by junior broadcast and electronic media studies majors Bradley Miller and Zach Walls. They are the executive producers and writers of the show.

“The Updog” is a satirical news show drawing elements from popular corresponding programs such as, "Last Week Tonight with John Oliver" and "The Daily Show," with a community focus.

“The show has a main focus on Spokane and Gonzaga in particular,” Walls said.

The idea for the show came about as the result of banter between Miller and Walls in a broadcasting class a year ago.

“I wanted to create my own satirical news site, like 'The Onion,'" Miller said. "On a whim I thought to myself, what if it were called 'The Updog' because I thought it was a funny name. I registered TheUpdog.com, but the project never really picked up steam."

Miller ended up mentioning the project to Walls in class during the fall of 2018.

“Having never met beforehand, Brad and I realized very quickly that we have similar senses of humor,” Walls said.

“I was involved in the early workings of 'Late Work,'" Miller said. “Once that started rolling, Zach and I pitched 'The Updog' as a segment on the show.”

Although “Late Work” managed to release a pilot episode, the show ultimately fell through and the initial iteration of “The Updog” never had the chance to come to fruition.

When Walls and Miller learned that BRCO 469 would not be offered yet again this semester, Miller and Walls followed in the footsteps of Jenkins, pitching their idea for an independent, student-run show.

Their idea for a comedy-oriented news show prompted initial comparisons to  “Late Work.”

However, the two established an important factor of “The Updog” that would help differentiate it from “Late Work.” They wanted the “The Updog” to be open to students of all majors.

“[Integrated Media Professor Mike Fitzsimmons] liked the idea as a chance for broadcasting students to keep their skills sharp, while also opening up the department to nonbroadcasting students,” Walls said. “With this platform as an opportunity to get kids into the studio, into the space and peak an interest in creating videos, students might realize we have a pretty cool department and could lead to more broadcasting majors in the future.”

Upon presenting an organized plan on what topics the show would cover and how it would be run, the two received the green light from Fitzsimmons.

“He was overwhelmingly behind the project.” Walls said. “Professor Fitzsimmons laid out what we could do, as well as the limitations we’d have. When we met with him in early September, he gave us full permission to utilize the GUTV gear and studio space.”

Having garnered the support of the broadcasting and electronic media studies department, getting the word out to GU’s student body was the next step in the foundation of “The Updog.”

“We put flyers up around campus probably a week before we were intending to have our first meeting,” Walls said. “Brad I very conservatively set our goal at getting seven people to show up to the first meeting to call it a successful effort. We probably had 19 or 20 at that first meeting.”

“The Updog” not only accumulated substantial, early interest from students, but also appealed to students from an array of different majors.

“It’s really cool getting to work with people who are not broadcasting students and then have this fresh take on everything,” Miller said.

With a collection of contributors assembled, “The Updog” began to take shape and the now the “Headlines” segment was born.

“I think once we got that first 'Headlines' episode out and that started to blow up, that’s when it became real that we were making this into a reality,” Miller said.

Publishing miniepisodes on both Oct. 3 and 18, the “Headlines” segment exploded within the GU community. Current and former students alike took notice of “The Updog” and its staff’s ability to convey relevant topics with an authentic sense of humor.

“I can’t tell you how may times after just the first two episodes of 'Headlines' that I’ve been on Bulldog Alley or out on the weekend and someone’s come up to me and said 'what you guys are doing with The Updog is really good,'” Walls said.

Although the show has managed to hit the ground running, “The Updog’s” successful emergence has been met with its fair share of difficulties, the foremost of which is scheduling.

“We have a great network of like 25 up to probably 30 people who contribute to the show,” Miller said.

Rounding everyone up and putting it in one central location is tough for "The Updog" team.

“It’s difficult to make it happen, but it’s definitely a testament to the amazing people we have working with us," Walls said. “We’ve still been able to generate what I believe is high-quality content, in the midst of busy college undergraduate lifestyles.”

If you’re interested in contributing to “The Updog,” the show holds meetings on Sunday evenings at 7 p.m. in the Integrated Media building. If you can’t make it out to one of the meetings, Miller and Walls encourage you to direct message the show on either Instagram or Twitter, @TheUpdogShow, to convey your interest.

The show’s primary goal for the semester is to release two full-length episodes. In striving to achieve this goal, Miller and Walls both stand behind the sentiment of quality over quantity.

As for the future of “The Updog,” Miller and Walls would love to see the show outlive their own tenure’s at GU.

“I’d love to see it remain a thing when we leave,” Miller said. “I just want to see how big we can get it to be because, with this foundation, it’s gonna be interesting to see where it goes from here.”

Walls also expressed wanting "The Updog" to have a long life at GU.

"I’d love to be 28 and see an Updog episode uploaded to the GUTV YouTube channel, I think that would be the coolest thing in the world," Walls said.

“The Updog” team released its first full-length episode on Oct 31. “Episode 1: The One About Transportation” is available to view on the GUTV Facebook page, as well as the GUTV YouTube channel.

Chad Strazzara is a contributor.