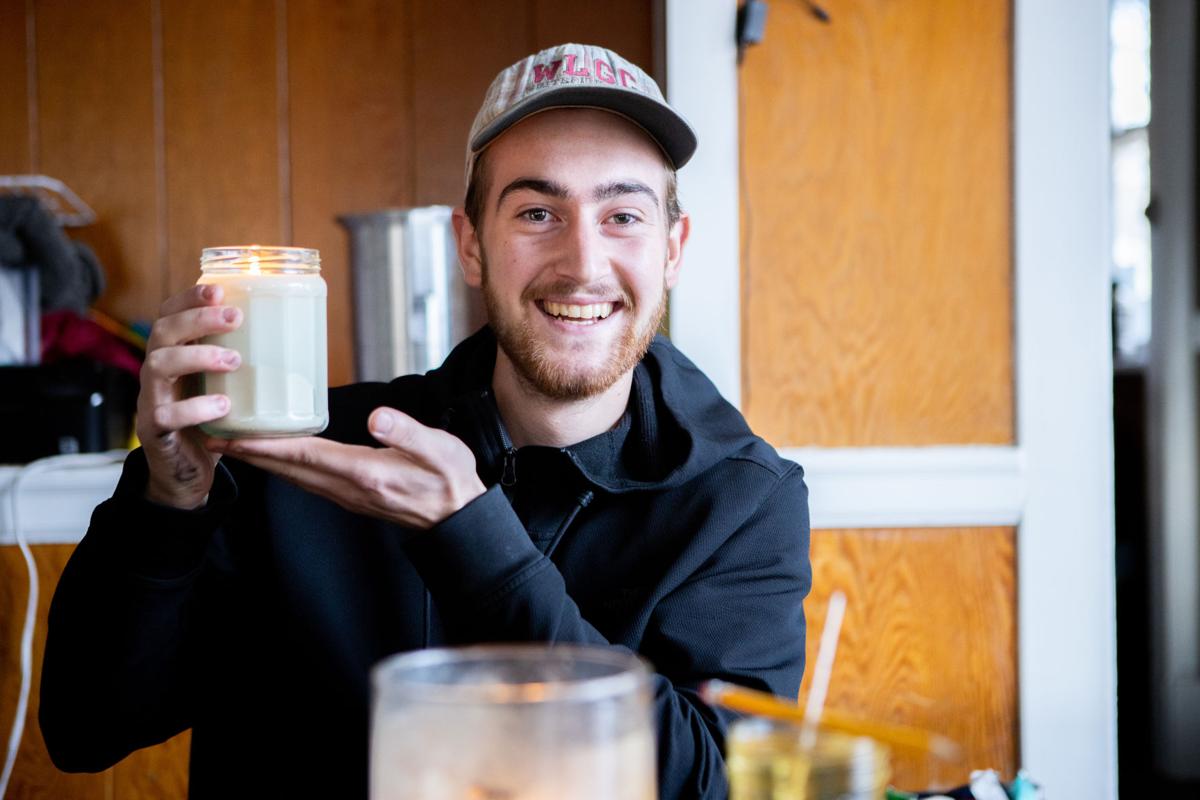 Senior Aaron Reese models his homemade candle. He has been making candles since his sophomore year at GU. 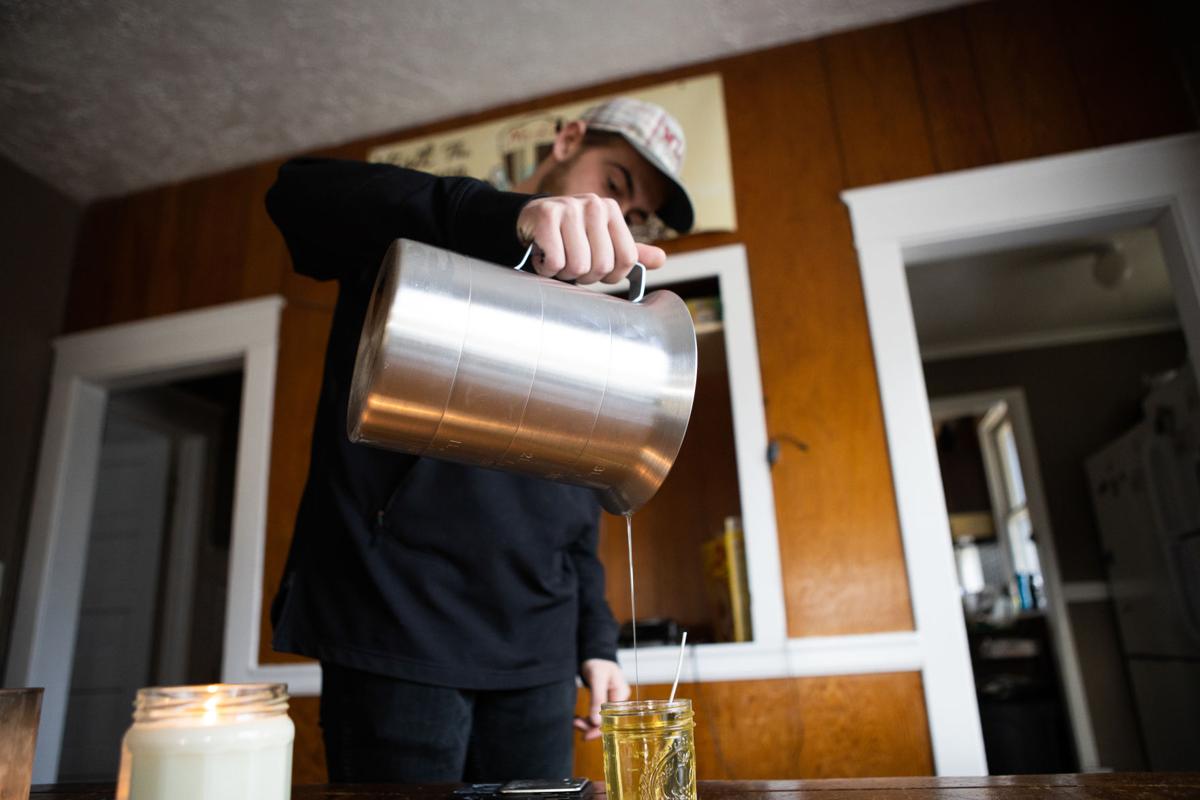 Senior Aaron Reese has been making candles since his sophomore year at GU.

Senior Aaron Reese models his homemade candle. He has been making candles since his sophomore year at GU.

Senior Aaron Reese has been making candles since his sophomore year at GU.

Scents of vanilla, tobacco and pine needle waft from one candle, another offers the rich aroma of sandalwood drifting from the melting wax.

These aren’t your normal, store-bought candles, these are homemade candles designed for men and crafted by Gonzaga students near you.

Senior Aaron Reese entered the candle-making game after his freshman dorm room in Catherine Monica was notorious for smelling bad.

“Sophomore year came around and I wanted to find a fun or easy way to keep my room smelling decent and tolerable,” Reese said.

After growing up with candles burning as a sign of home and comfort, senior Bobby McCambridge began making candles as part of an entrepreneurship class project and took a liking to the unique hobby.

While the two students have no connection to one another, they both entered the candle world with a similar goal in mind, to make candles for guys.

“I wanted, for my project, to start a business to do stuff with my hands,” McCambridge said. “Then I thought, why don’t we make candles appealing to men again, so it works for both guys and girls, but they aren’t just super ‘girly’ candles.”

Using YouTube videos and online suppliers, Reese and McCambridge separately found their way in the niche market that is homemade candles.

The process, they said, is simple.

Using a hot plate or boiler, the candle makers cook down the wax, add fragrances — Reese buys his scents premade, McCambridge prefers to mix the scents himself for the optimal smell — then they let the wax cool and pour it into a jar with the awaiting wick.

McCambridge said candle making is harder than he originally thought, because of the importance of timing when mixing scents into the wax and ensuring you have the correct ratio.

“There is way more science involved than I thought, which actually has made it pretty fun,” he said. “It’s pretty interesting. I’ve definitely learned a lot more than I thought when I was just like ‘Hey, I’m going to make candles.’”

Reese estimated that it takes him no more than 10 or 15 minutes to make a batch of candles with time allotted afterward for the wax to settle and harden.

“It’s pretty simple, it’s just like something to do if you like candles and don’t want to buy them,” he said. “I try to be frugal so, it’s just a really cost efficient way to do it.”

Reese now uses his homemade candles as Christmas presents for family members. He said it has kind of become his “thing” within his family.

“It was pretty easy and over time I realized it was a pretty good way to get people to like you,” Reese said. “If you give them a candle for a favor, to them a candle is worth like 10 bucks, but to you, if you made it, it’s only like $2.”

While the candle game can be lucrative, Reese decided not to market his candles due to the time and effort it would take and the relative ease in which others could replicate what he is doing. Instead, he sells them to friends who ask for one as a cheap alternative to other candles.

McCambridge has gone the opposite direction, selling his 4 ounce candles for $5 each with a plan to begin marketing on Instagram and aspirations to open a pop-up shop in the Hemmingson Center.

He said being on a college campus has made selling candles easier, because students are often in one another’s spaces, it is easy to notice the McCambridge Candle burning and for him to gain new clientele.

“When you walk into a room and it’s dimly lit and a candle is going, that is just like a good environment,” McCambridge said. “My candles are all scented, so it makes the house smell good and gives it a more clean feel.”

McCambridge said he gets requests for scents all the time, including proposals for beer and alcohol scented candles, but he likes to stick to more rustic scents that remind one of the outdoors.

Both Reese and McCambridge agree, candle making is an instant conversation starter. They said their friends and housemates were skeptical at first, but now they appreciate the intoxicating smells wafting through the house.

“Everyone just wants to talk to you about it, because it’s not something that everyone does,” Reese said.

Me before you: How to celebrate self-love this Valentine's Day