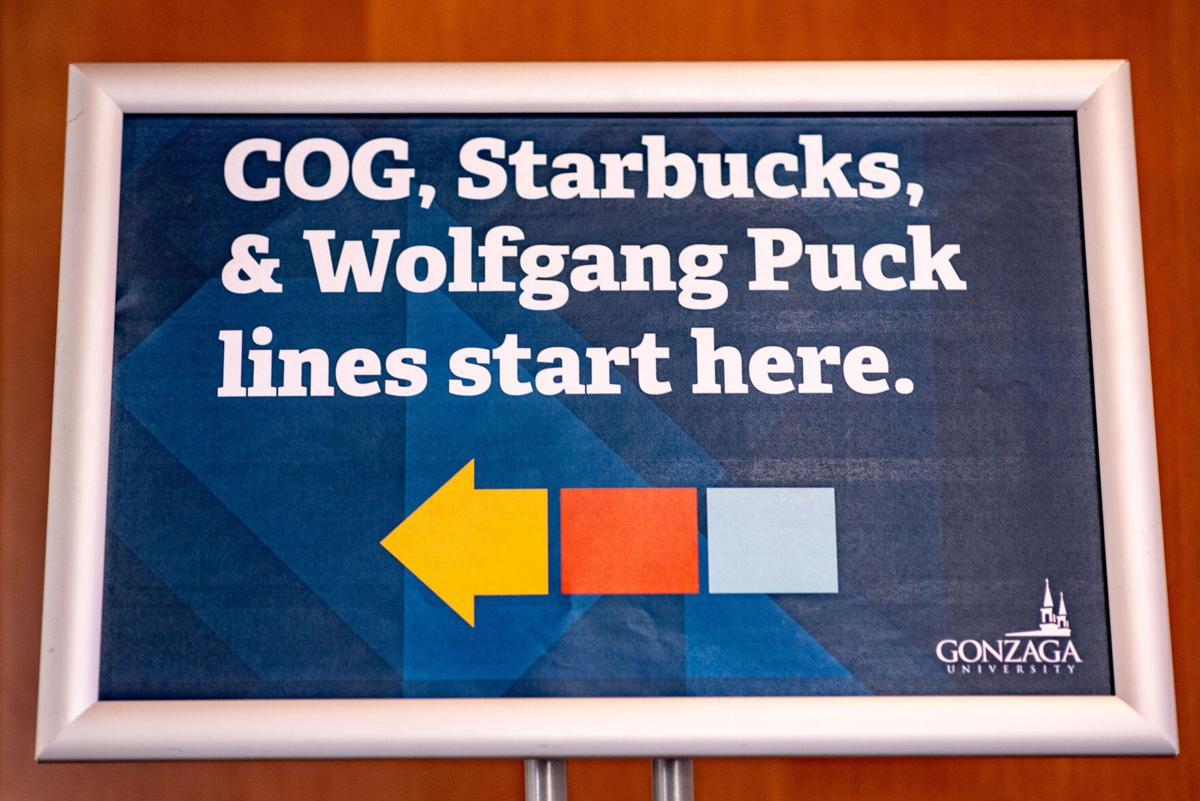 Stickers on the floor and taped off lines, help guide Zags to food options. 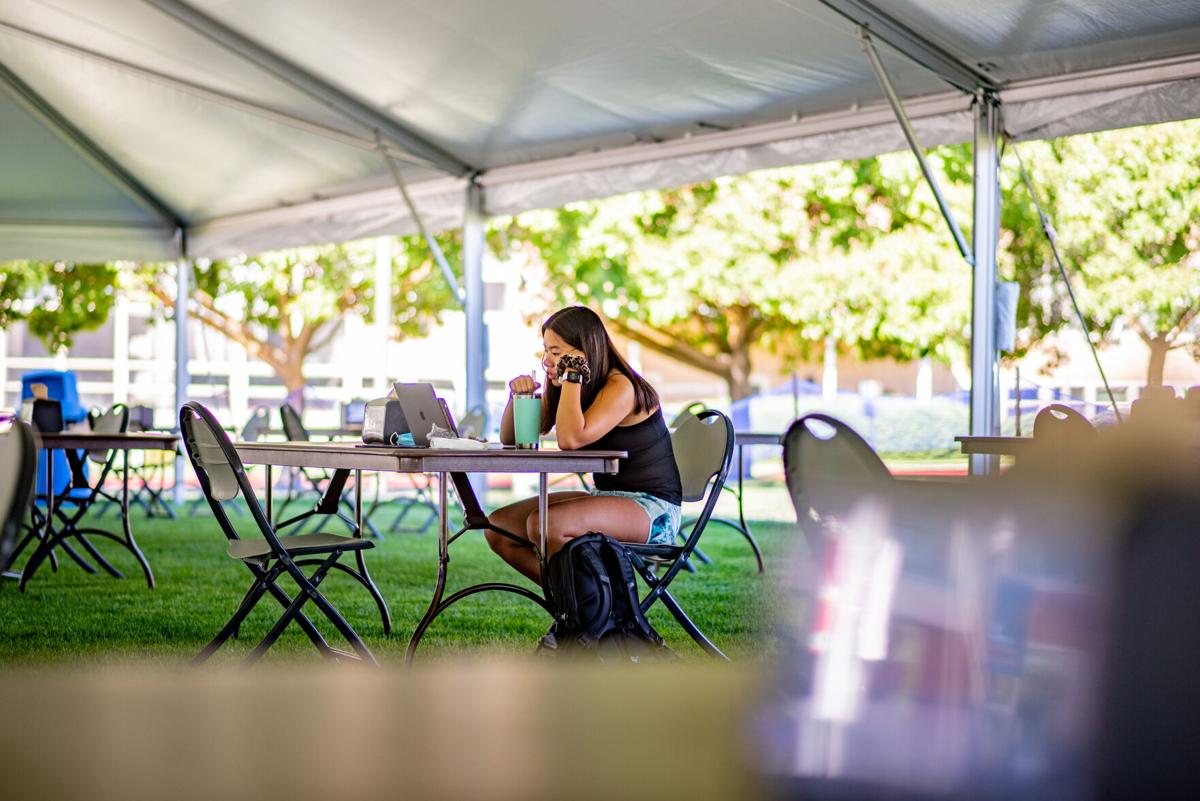 Tables are set up 6 feet apart to accommodate social distancing on GU's campus.

Stickers on the floor and taped off lines, help guide Zags to food options.

Tables are set up 6 feet apart to accommodate social distancing on GU's campus.

There have been many changes to how Gonzaga University will function this year, none more noticeable than the COG in the Hemmingson Center.

This year’s COG will be vastly different than in years past due to dedicated focus on social distancing and the prevention of the transmission of COVID-19.

“Many new processes were implemented, including strict sanitization schedules, ample distance between tables and only allowing up to five patrons per table,” said Pat Clelland, the resident district manager of ZagDining by Sodexo, in an email. “ZagDining has worked hard to safely operate in a restaurant-style fashion and is working diligently to create a memorable experience for our students.”

Upon entering Hemmingson, students are met with a rope system reminiscent of airport TSA security lines. These ropes allow students to safely move throughout Hemmingson while respecting COVID-19 policies on social distancing.

Each lane is covered in stickers set six feet apart in order to enforce policies during overflow times such as lunch. Additionally, there are ample opportunities for students to sanitize their hands with hand sanitizer stations located near each of Hemmingson’s entrances and exits in addition to a station in front of the COG itself.

Once inside the COG, students find themselves in a similar scenario. At the entrance, the rope forks into two paths: one leading to  Zagriculture and Spike’s Grill stations and another to 360 Degrees and Daily Bread stations. A similar layout was adopted for the COG’s second floor, though this area is only opened in anticipation of overflow.

“I don’t think anyone really likes walking all the way around. I understand why we have to do it though. I’m just happy to be on campus," said Garrett Lim, a first-year student who has subscribed to the unlimited swipes meal plan.

The food served in the COG has undergone a change as well. In previous years, each station would serve its own unique cuisine in order to better accommodate students’ cultures, palates and tastes. This year, however, has seen the COG being split into three parts: A vegetarian and vegan option being served at Zagriculture, a meat-based dish located at both Spike’s and 360 Degrees and a sandwich option located at Daily Bread.

“Students can still expect the classic staples within The COG, including a full Vegan format, dedicated allergen-free format, sandwiches and salads from Daily Bread, [and] diner classics from Spikes,” Clelland said.

Because of the changes to meal accessibility, table arrangements and waiting lines, a greater number of students are choosing to subscribe to meal plans that are more generous with Bulldog Bucks. The appeal being that in the area around GU, one can find restaurants such as Tasty Bun, McDonalds and Froyo Earth.

Students who eat at these locations find that they offer a welcomed relief from the rotation of COG food. Other students, however, still prefer the familiarity of the COG cuisine.

“I know a lot of people like to hate on the COG, but I like it,” Lim said. “The eggs are not as bad as people think they are.”

Whether students dine in the COG or elsewhere on campus, they should know that the COG is doing everything in its power to ensure that students have a safe and fulfilling time on campus.

“We understand that this semester will include challenging transitions for everyone, but we want to remind you that we are listening to your feedback and are making changes daily to better serve you,” Clelland said. “ZagDining welcomes your feedback via our website ZagDining.com, and together we will overcome this challenge as a community.”

Caño transitions to College of Arts and Sciences amid a pandemic

Safe and secure: tips for GU students to feel safe around campus

CCE service opportunities at Gonzaga in the time of COVID-19