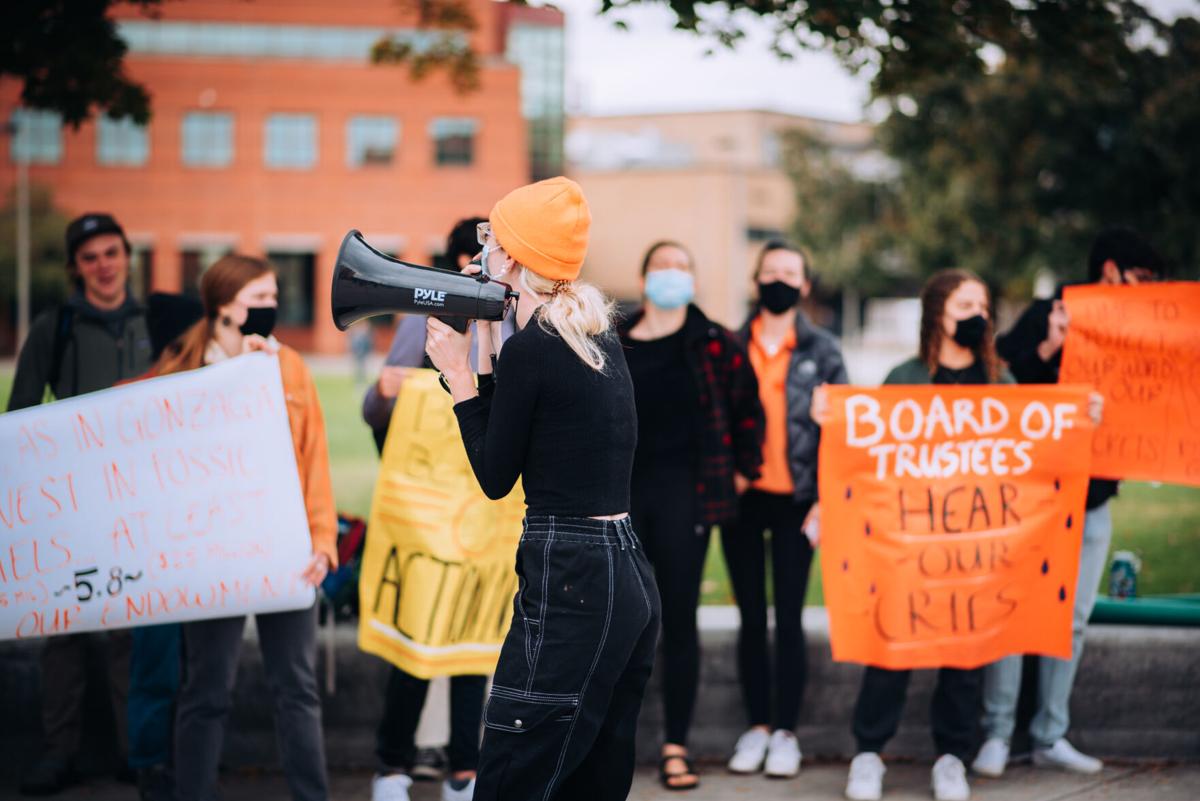 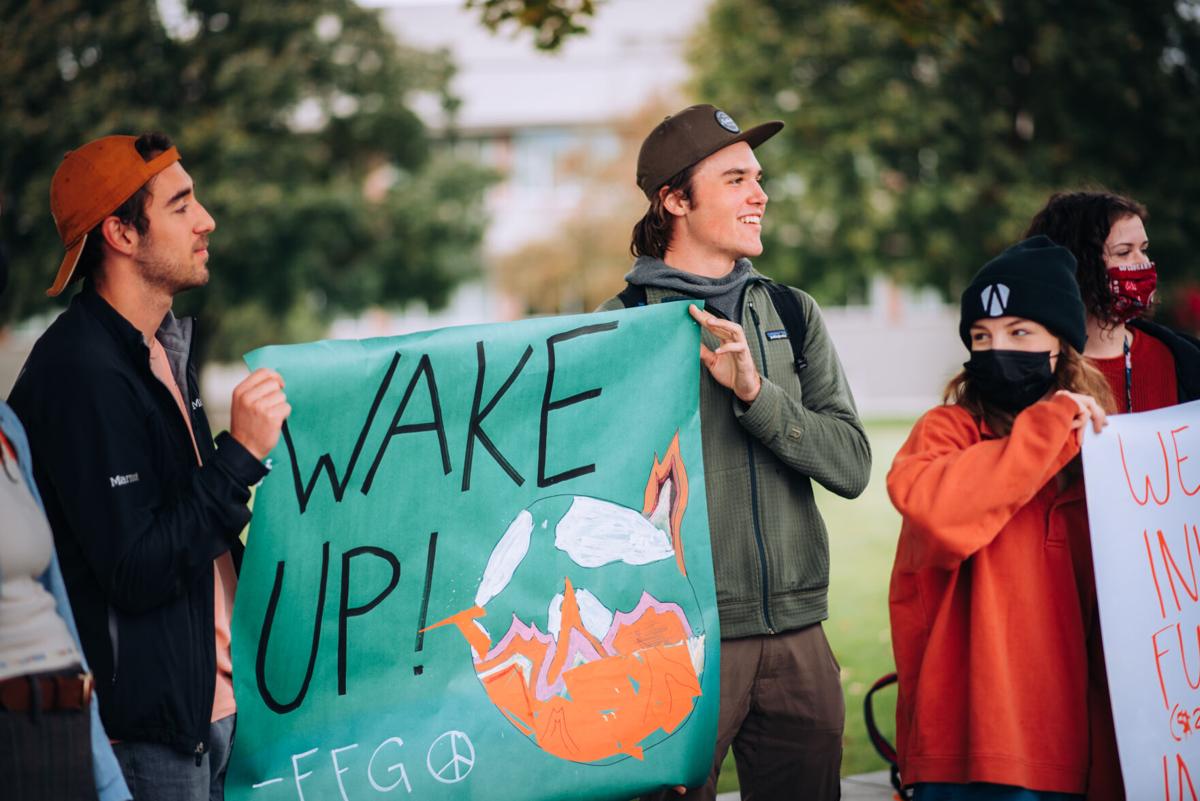 Fossil Free Gonzaga is a student-run campaign and club that calls for fossil fuel divestment.

Fossil Free Gonzaga is a student-run campaign and club that calls for fossil fuel divestment.

Monday, Fossil Free Gonzaga congregated outside of the John J. Hemmingson Center on Gonzaga University’s campus to demonstrate their views on GU’s use and investment in fossil fuels.

Fossil Free Gonzaga is a student-led campaign and club that calls upon the end of the current 5.8% endowment investment, roughly $12.4 million, GU has with fossil fuel industries.

Similar campaigns to end investments in controversial areas are nothing new. In the 1980s, GU students campaigned for an Apartheid divestment over multiple years.

During the 2020-2021 academic school year, the campaign was able to hold virtual meetings with students over Zoom while discussing plans about handling the divestment.

“Last year we weren’t able to meet in person which actually [didn’t help] our mission or our fostering of a good rally… but we did make a petition,” said President of Fossil Free Gonzaga, McKenna Krey. “We were able to meet with Joe Smith, the CFO, to be able to talk about tangibly what is realistic, [and] how we can divest, and what the returns will look like.”

There were approximately 25 students who held up signs and joined in with the chants—some holding signs that read “THERE IS NO PLANET B,” “BOARD OF TRUSTEES - HEAR OUR CRIES,” and “BLA BLA BLA... ACTION NOW.”

The rally attracted the attention of students and staff around campus who walked by to hear what was being conveyed.

On the student-run, fossil-free petition directed towards GU’s Board of Trustees, the campaign states their requests and goals in relation to GU’s mission statement:

“We request this because we are actively seeking to build a more sustainable and socially just world for ALL of the planet’s inhabitants, and because we firmly believe in Gonzaga University’s mission statement,” the petition said.

Burning fossil fuels releases large amounts of carbon dioxide and other greenhouse gases into the air and atmosphere. Some of the most common fossil fuels are oil, coal and natural gas. Fossil fuels are credited towards land degradation, water pollution, emissions and global warming pollution.

“I support our students’ call and their conscience to try and persuade our universities’ board of trustees to stop investing in the fossil fuels that are causing climate change,” said Brian Henning, professor of philosophy & environmental studies at GU and advisor of Fossil Free Gonzaga.

Henning has supported Fossil Free Gonzaga for the past six years. He hopes GU will invest its endowment in ways that are consistent with its values, rather than profiting from the creation of climate change, Henning said.

Henning expressed how several generations of students have continued their passion for addressing this issue and that the students will keep campaigning until the trustees do what they believe is right. He explains that students and trustees should both be as committed to the GU mission as possible.

“The Board of Trustees voted against divestment. They’re in a moment of reconsidering right now. And so now our climate crisis continues to get worse,” Henning said. “And as we see it impacting our lives, and especially those who are most vulnerable, eventually the trustees will see that we need to do the right thing and make a plan to divest.”

Devin Franke is a staff writer.

Fall Family Weekend returns with energy after a COVID-19 pause