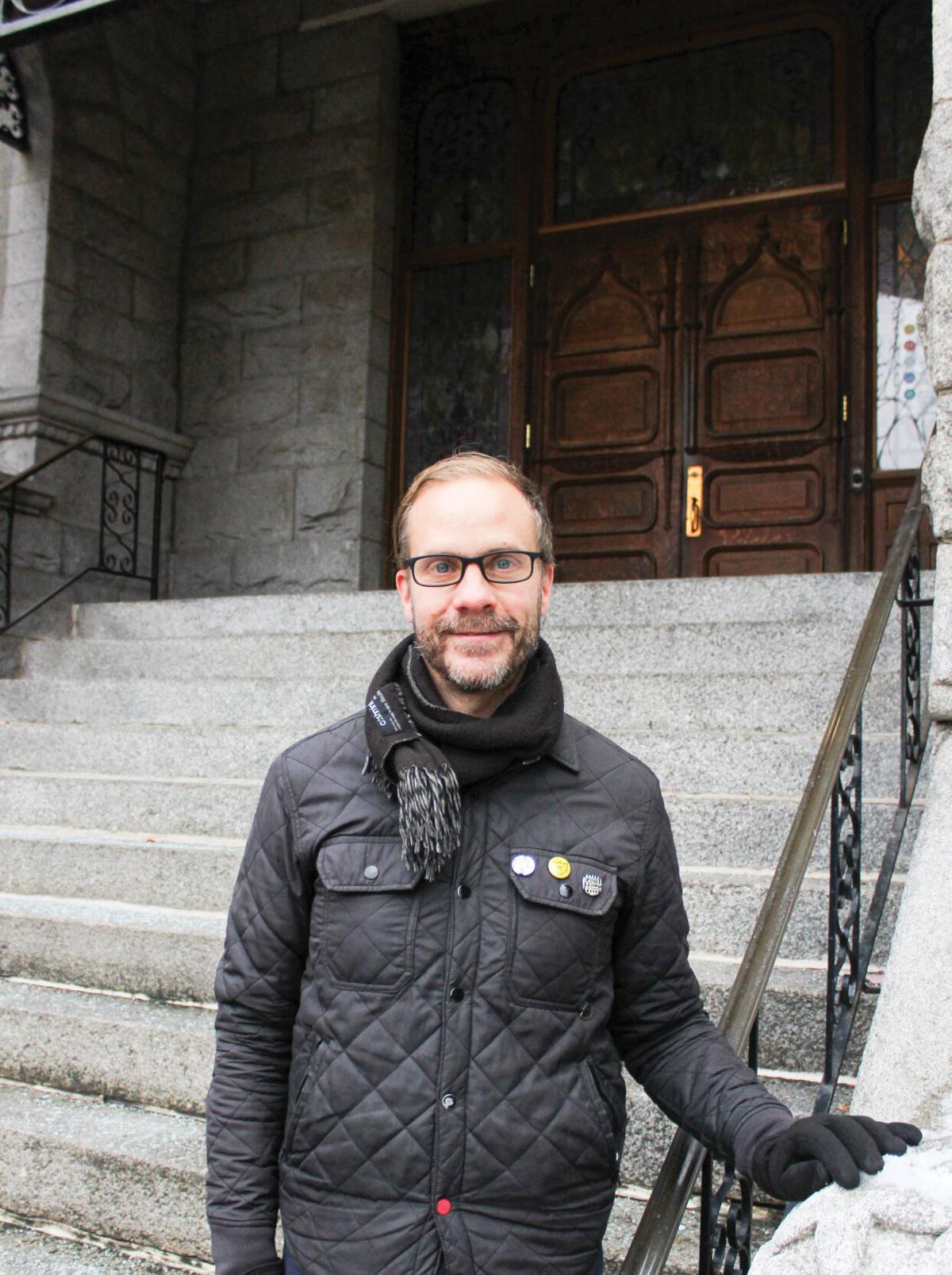 David Gracon, a professor at GU, went to western Ukraine as a Fulbright Scholar where he taught media literacy. 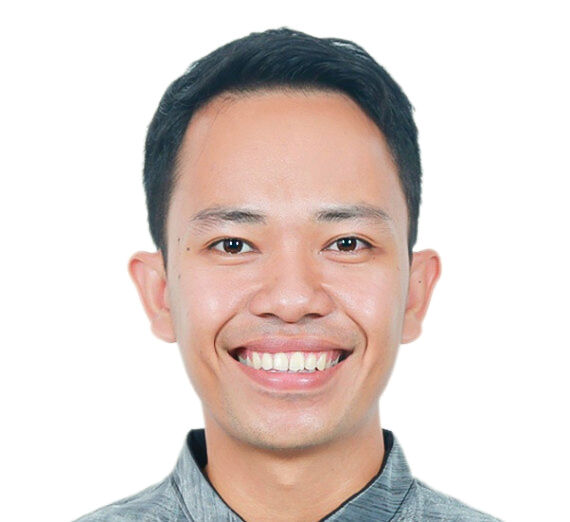 Fulbright is a cultural-exchange initiative of the U.S. Department of State.

David Gracon, a professor at GU, went to western Ukraine as a Fulbright Scholar where he taught media literacy.

Fulbright is a cultural-exchange initiative of the U.S. Department of State.

Gonzaga University has hosted multiple professors from the prestigious Fulbright Scholars program, a cultural exchange initiative of the United States Department of State in which American students, academics and other professionals earn grants to travel abroad and share their passions with different cultures. Citizens of foreign countries come to the U.S. for the same purpose.

Reymund Lara is a fifth- and sixth-grade teacher in Iloilo, a city in the central Philippines where he attended West Visayas State University and completed his bachelor’s degree in 2012.

“I am teaching English, social studies and Tagalog,” Lara said. “I have been a teacher for the past seven years and my main goal is to be a part of my students’ journey in reaching for their dreams and aspirations in life.”

Lara is a foreign language teaching assistant for the 2020-21 academic year. He chose GU because of its focus on developing the whole person.

“The FLTA Program is a full scholarship program for early career English-language teachers to work as Filipino-language teaching assistants in America for one year," Lara said. "Its objective is to 'strengthen foreign language instruction at U.S. colleges while enabling foreign teachers to increase their English language proficiency, refine their teaching skills and extend their knowledge of the culture and customs of the United States.'”

Unfortunately, however, the pandemic foiled his hopes to physically come to Spokane.

“I continue to be flexible and resilient,” Lara said. “I am teaching remotely [from home in Iloilo] for the fall and am optimistic that I can travel to GU soon.”

To stay connected with campus news and events, Lara is an avid reader of The Gonzaga Bulletin and Morning Mail.

Lara is teaching Elementary Tagalog within GU's Modern Languages and Literature Department. He offers free classes on Thursdays, for which 11 students have signed up this semester.

In addition, Lara has shared other aspects of his Filipino culture with colleagues and students.

He was also invited by Tim Westerhaus, the music department chair, to share the different Filipino Christmas celebrations with the GU choirs, since they will be singing one Tagalog song for their Christmas Candlelight Concerts the weekend of Dec. 12.

Lara is also taking two courses at GU. His choices were "Introduction to American Government" and "World Languages."

"[In World Languages] I get to learn more about the varied strategies in teaching a foreign language, which I can definitely utilize when I return to the Philippines since I teach English as a second language," Lara said.

David Gracon, from GU's integrated media department at GU, was a Fulbright scholar in the 2017-18 academic year, and is currently an assistant professor in the department.

Gracon said he focuses on the integration of digital video production and critical media studies and views media as a tool to transform lives and society for the greater common good via impactful, critical storytelling.

Native to New York, Gracon earned a doctorate degree from the University of Oregon, teaching there and at several other institutions before heading to Eastern Illinois University for nine years.

As a “Fulbrighter,” he traveled to Ivano-Frankivsk, a city in western Ukraine which hosts Precarpathian National University.

He said his project entailed teaching classes on the topic of media literacy, meaning the active critique of media systems and texts and their impact on society.

“I also organized and taught media literacy workshops in Kyiv [Ukraine’s capital city],” Gracon said. “Here I trained university professors from all over the country who were eager to develop their media literacy teaching skills. They then returned to their universities and taught other professors. This chain of media literacy certification snowballed all over Ukraine."

He considered this one of the most impactful initiatives from his year abroad.

“At the time, the topic of media literacy in Ukraine was a very hot topic,” Gracon said. “It still is. Especially as Ukraine is a relatively newly-forming democracy. They’re constantly bombarded by fake news and propaganda from the Russian Federation, and the current hyper-commercialization of the society means having the tools to be critical of advertising, films, TV and social media.”

He said Ukrainians are naturally skeptical of authority and their trust in government is far lower than in America.

“Alongside my graduate students, we also did a number of community-based events where the students shared their knowledge of media literacy as a form of civic engagement," Gracon said. "They gave presentations on topics such as gender representation in media or detecting fake news sources, then had an open discussion with community members at a local library where questions went back and forth in a very energetic manner. We were actively doing democracy, through dialogue.”

Gracon encouraged and challenged Ukrainians to question how media is constructed, by whom, and for what purposes.

“To not have media literacy skills is to perpetuate an uncritical, uninformed and passive society," Gracon said. "When a population is easily susceptible to manipulation and duped by various ideologies, political, economic, consumerist, etc., it is difficult to have a functioning democracy.”

He characterized his ten months as a Fulbright Scholar as “the best thing I’ve ever done in my life," “the highlight of my career,” and the program itself as “one of the strongest programs the U.S. government does.”

“I learned a tremendous amount about the history and culture of Ukraine that you can only really experience by being in a place," Gracon said. "You can read books and watch films, but it’s not the same as having conversations, learning a new language and sharing some varenyky [dumplings] with people who became my lifelong friends.”

He was recently accepted as a Fulbright specialist, which he called “a shorter Scholar grant."

Instead of ten months, he will be going to a country for six weeks over the course of three years.

This experience will be largely similar, “teaching media literacy workshops alongside professors and students,” but may “also entail consulting, like helping a media department develop or modernize its curriculum," according to Gracon.

“I will likely do this project in Kazakhstan,” Gracon said. “The literacy workshop I taught in Kyiv was such a success, the same embassy representative essentially recruited me to apply for this grant.”

“I’m willing to assist any GU student that wishes to apply to Fulbright," Gracon said. "Or meet with them to discuss it in detail to see if it’s the right fit. I feel it’s a transformative experience, and I want others to partake.”

Alex Bhayani is a staff writer.

GU professors reflect on their adaptation to virtual teaching

COVID-19 Guide: Back to school and WA new guidelines