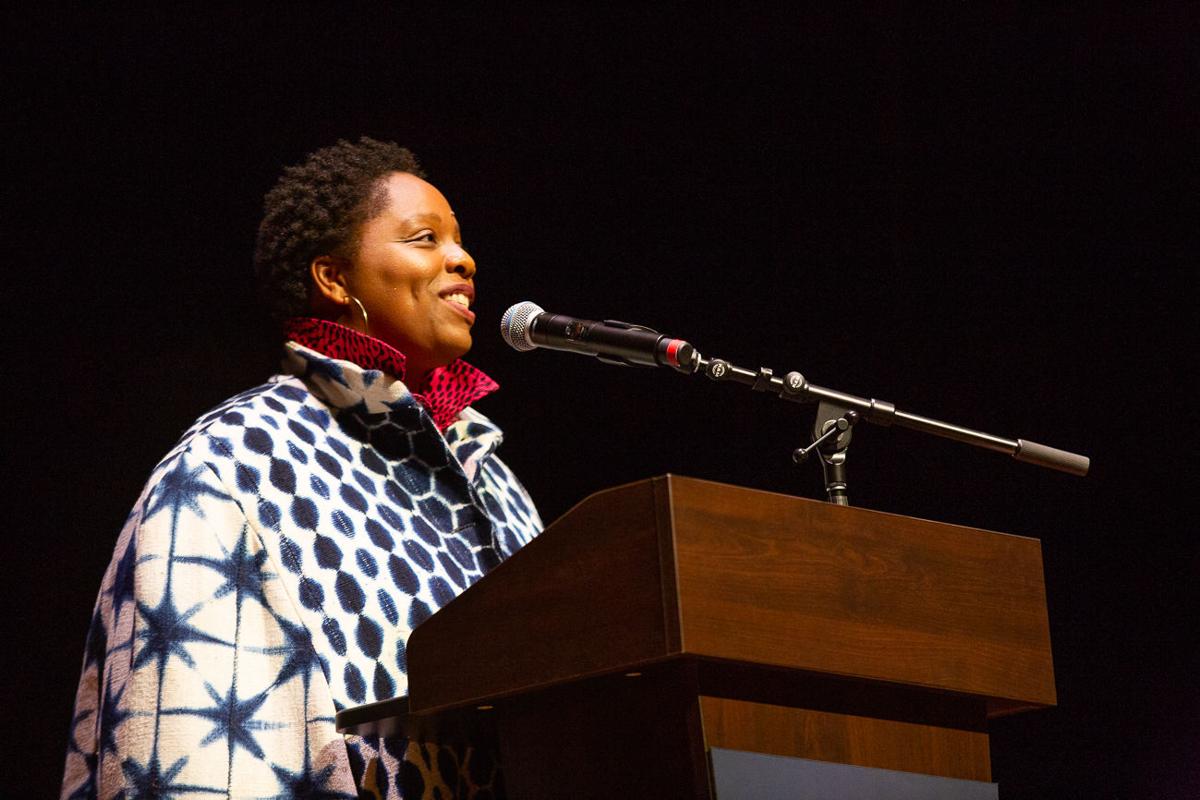 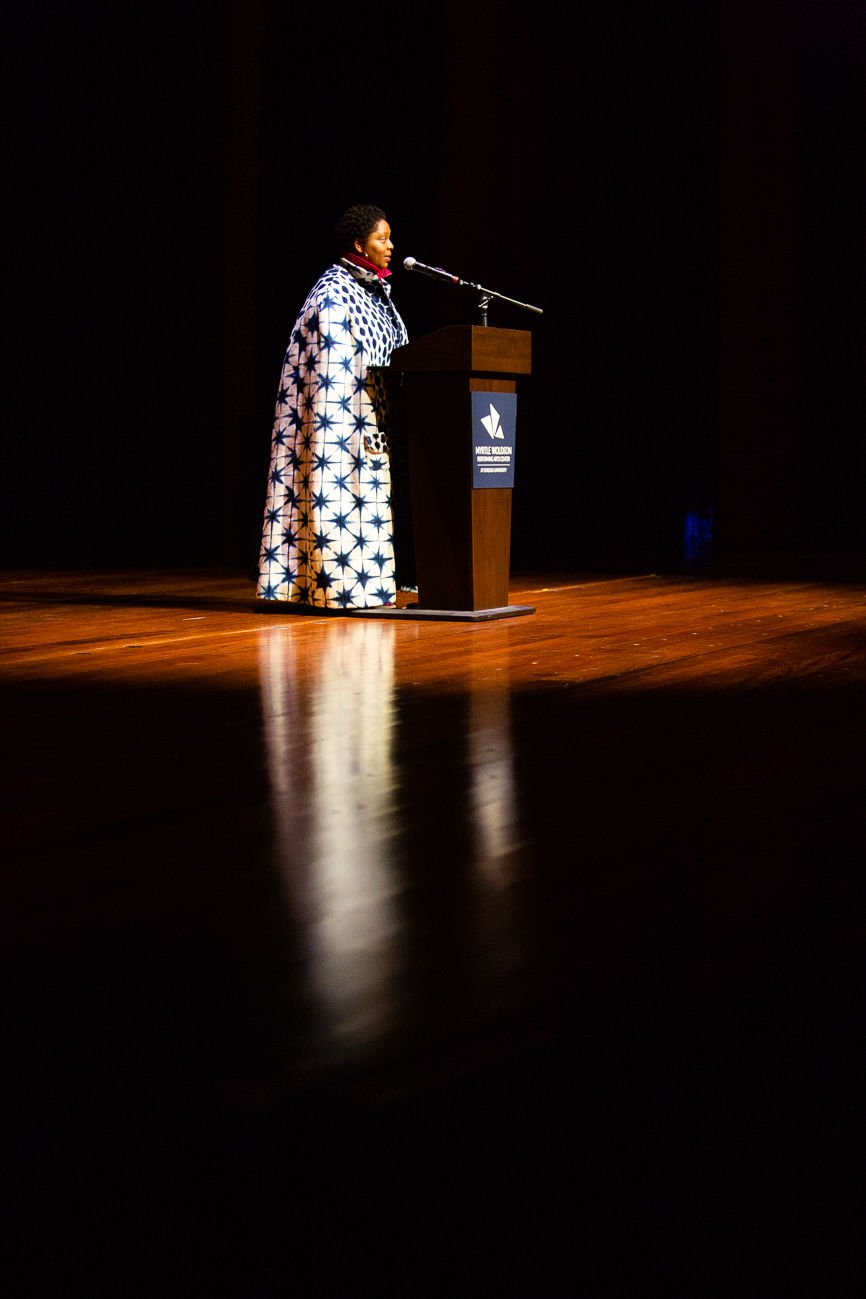 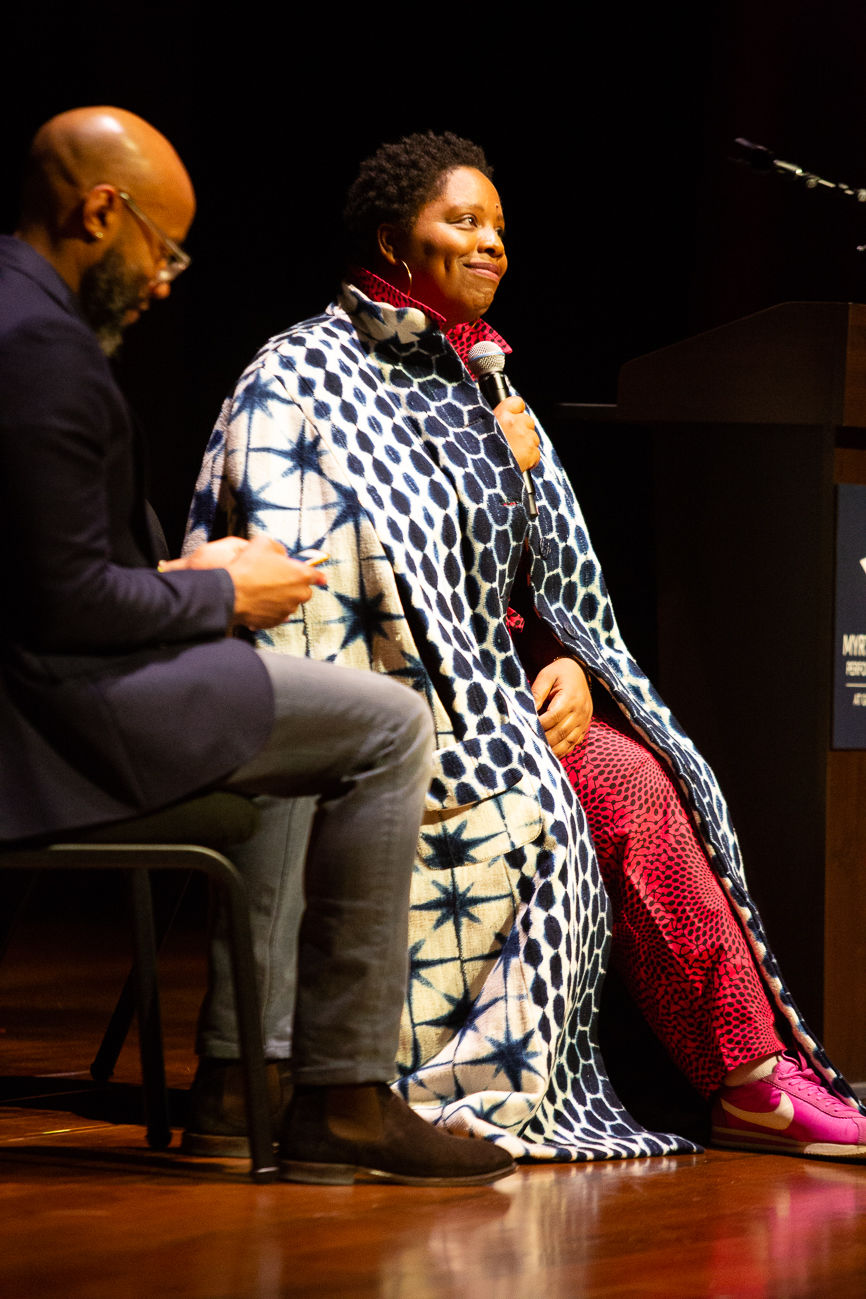 “I can’t breathe/when can we all have equality?” recited the high school poet from Rodgers High School, who opened the "Behind the Hashtag" event.

Patrisse Cullors, the co-founder behind the Black Lives Matter hashtag, was welcomed onto the stage of the Myrtle Woldson Performing Arts Center with a standing ovation from the audience. Students, faculty and community members of Spokane all came with open eyes and ears to listen to the stories of the activist and her work in organizing advocacy.

The evening began with a talk from Cullors and was followed by a Q&A with the audience.

Cullors shared with the audience her fight against police brutality and inequality toward African Americans in the criminal justice system. This began when Cullors’ brother was incarcerated and brutalized by the Los Angeles Sheriff’s Department.

Cullors then went to build the organization Coalition to End Sherriff Violence in L.A. Jails. It was in these two phases of her career that Cullors found her talent for organizing passionate people. If there was one word Cullors would want the audience to remember it was “organize.”

“This is the time to sober up about reality and the future’s reality,” Cullors said. “What I know how to do best is gather people.”

Before the Q&A began, she again prefaced that most of her responses would begin with “organize,” and Cullors reminded the audience that power in voice and protest goes beyond social media.

“In the real world, if you want to organize you have to band together,” she said. “It means organizing who wants to be organized. It doesn’t have to change all minds, that’s OK. That’s what democracy looks like.”

Cullors also emphasized the importance of political power to the audience. In the beginning of the night, she introduced the history of Black Lives Matter in a video that was recorded a few weeks after the election of  Donald Trump in 2016.

“Black Lives Matter has allowed for people to show up on the right side of history or do what we just did – elect Trump,” she said.

In most cases, Cullors referred to Trump as “45.”

When the audience asked what Cullors thought about the current primaries in the 2020 elections, she reflected on the election of 2016.

“I think it is so amazing to see how engaged our entire country is when it comes to electoral politics,” Cullors said. "It’s a long time coming. I think if people remember BLM pre-2016, we were challenging locally elected officials, and then Trump got elected, and people thought ‘maybe those BLM people were right, we should be talking about electoral politics.'”

In local elections, Cullors emphasized that we should look beyond our own status and position in the world.

Cullors also offered advice to the local elected officials in the audience.

There was little opposition in the crowd to Patrisse Cullors and her Black Lives Matter movement. Toward the end of the event, a man stood up in the audience to defend police lives. However, the vast majority of the audience shushed the man and told him that night was his time to listen.

During the Q&A, Savannah Gordon, a freshman at North Central High School, was brought forward to the stage from the audience to give Cullors a crystal, which Cullors shared was a therapeutic collectible.

“It was really awesome to see her up close," Gordan said. "She’s such an inspiration and I look up to her, and after listening to her speak, I take what she is saying and I am more motivated to do something in this community. I’m not sure what it looks like, but I’m willing to find out.”

Many people departed holding Cullors’ memoir, “When They Call You a Terrorist,” and with inspired hearts.

Gordon’s mother and a Spokane community member, Carla Gordon, was moved to watch her daughter have that experience.

“I’m really thankful to have been here because when these murders and things were going on, how deeply affected I was, my children, my husband and my community were, to have these women and their organization and our organization push this thought to say, ‘Actually we matter, and we’re going to make you understand that, at least here,'” Gordon said.

"I’m very happy and I’m very pleased that we got her here, because it is important to our community," she said. "Things are changing here as things diversify in this city."

Commentary: Meaning of Gonzaga name resonates now more than ever

Gonzaga senior sends out handwritten letters to his community