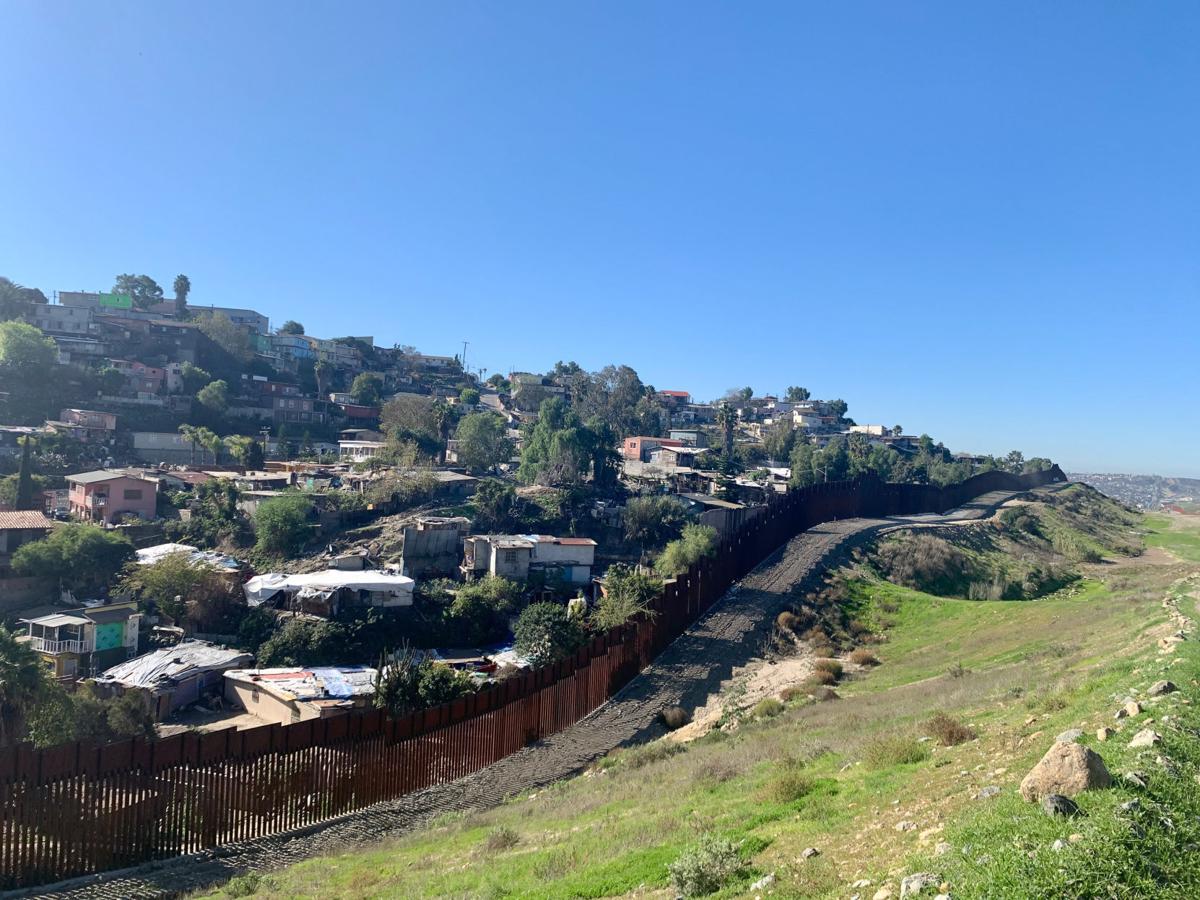 Justice in January took place at three sites along the U.S./Mexican border like this site in Tijuana. 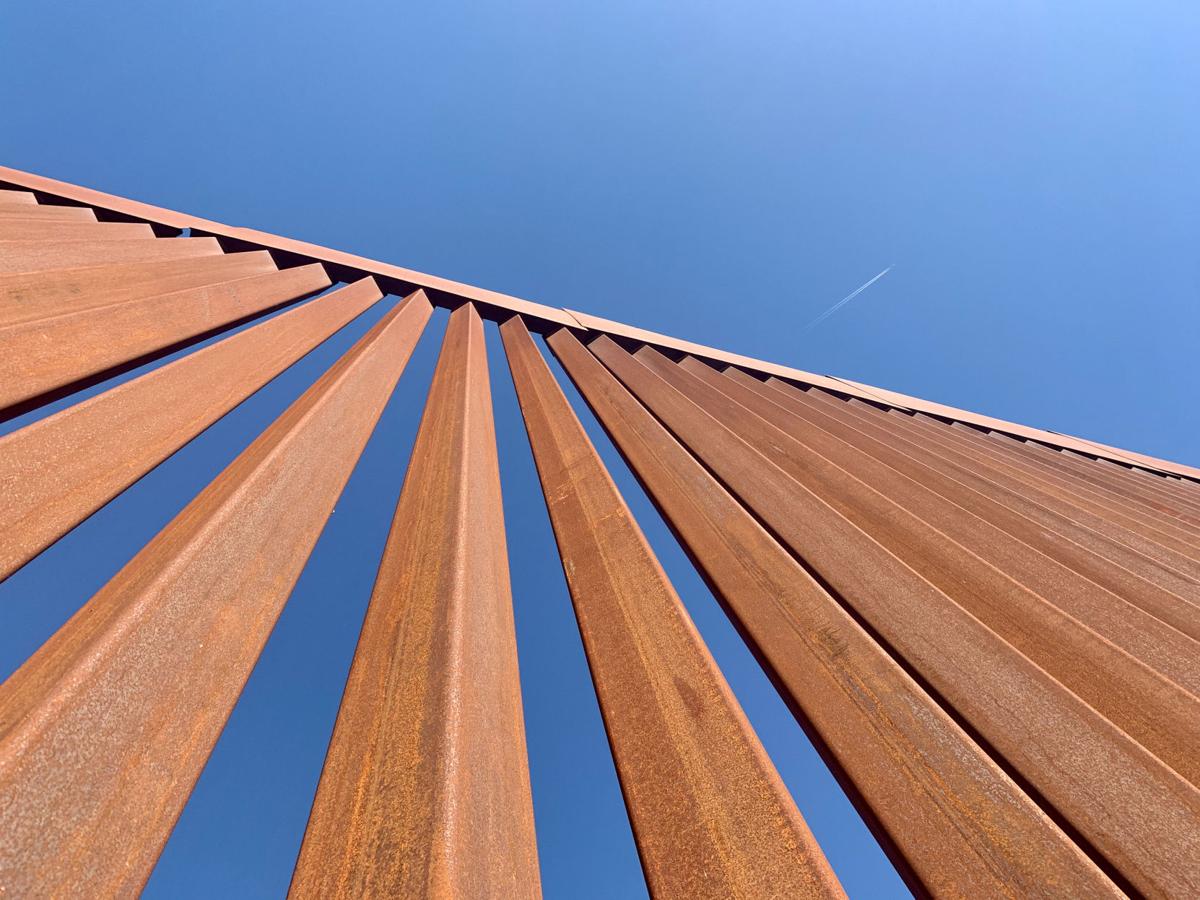 The border wall is 30 ft. tall along the San Diego sector.

Justice in January took place at three sites along the U.S./Mexican border like this site in Tijuana.

The border wall is 30 ft. tall along the San Diego sector.

“Welcome to Tijuana, made famous por mi amigo Donald Trump,” said Eduardo Zavala Reyes, the volunteer group coordinator at Esperanza International. The inflection in his voice and timely use of Spanish made the air of sarcasm hard to miss.

Reyes addressed a group of Gonzaga students who traveled to Tijuana during the week of Jan. 5-11 as  part of the Center for Community Engagement trip known as Justice in January. Students who attended the trip were enrolled in a one-credit class for half of the fall semester and then traveled to one of three sites: the Tucson, Arizona/Nogales, Mexico border, the San Diego, California/Tijuana, Mexico border or El Paso, Texas.

Esperanza International is one of many organizations visited on the San Diego/Tijuana section of the program. Though among many trying to make progress on this issue, this organization takes on a unique mission statement that seeks to create sustainable communities within Tijuana.

The idea being that with a strong community and stable base, there will be less of a need for people to put their lives at risk to cross the border.

The program works to broaden the global perspectives of students through their understanding of immigration. This issue has always seemingly been complex, and it continues to attract more media attention as problems deepen in the face of policy and administration changes. Media attention and false perceptions are driving forces behind students’ efforts and a large part of why many chose to partake.

“We can hear about things in the media and learn about things through podcasts and different sources,” senior Christina Miller said. “But, to actually go and meet with people in different organizations and see what they are doing on the ground is really impactful and I wanted to be a part of that.”

Developing a connection to the issue became a central theme throughout the trip, whether it was an idea meditated on during nightly reflections or stressed by one of the numerous organizations visited by students.

“In Washington, especially in Spokane, it’s not super easy to see what’s going on when it’s three or four states down,” senior Noah Bagley said. “But when we come to San Diego or Nogales or El Paso and experience it firsthand, it allows us to see the more pressing issue that we have right now.”

Arguably, one of the more pressing aspects of this issue is correcting perceptions and misconceptions. When we allow ourselves to entertain misconceptions, we fall into a pattern of dehumanization.

“We talked about the misconception that there is a ‘normal way’ [to enter the U.S.]. Like, why don’t people just come the ‘normal way?’” Miller said. “But knowing that each experience is different for each person, you realize there is no normal way.”

Casa Cornelia, a nonprofit law center visited on the San Diego/Tijuana trip, educated students on some of the complexities of this misconception in terms of what the “normal way” entails.

Seeking political asylum is what could be considered the closest method of entry to the “normal way,” as fear of violence and persecution in one’s own country are present concerns throughout Central and South America. Even this process, however, is intentionally narrowed to limit success and the majority of cases are denied, according to Casa Cornelia Legal Director Jesse Imbriano.

“This system is not easy, especially for a vulnerable population, but the success rates are significantly higher when someone has an attorney,” Imbriano said.

The importance of pro bono work done by Casa Cornelia and similar organizations can be seen in individual experiences. For example, an unaccompanied minor could be made to defend their reasoning for seeking asylum at the age of 12, in a language they don’t speak and with no knowledge of the country’s constantly changing policies. The chance of winning this case is nearly impossible. Although a hypothetical, the reality of this story is there are many people out there in similar, if not identical, situations.

Visiting Casa del Migrante, a shelter for deported migrants, further humanized the issue for students as they were given the opportunity to eat dinner and converse with patrons of the shelter.

“Sitting right across from them at the table and sharing a meal with them, kind of as equals, was very impactful and humanized the issue for me,” said Larissa Kolasinski, a graduate student at GU.

According to Kolasinski, one man she spoke with brought pictures of his family and home. One man teared up when he began to talk about his daughter, who died in Guatemala on their way to the border. Another said he is gay and facing persecution in his home in Nicaragua.

Each story belonged to the individual, and no two stories were the same.

There was a sentiment, however, that resonated throughout the dining hall at Casa del Migrante. Gratefulness. Grateful we were there, not thinking we can solve their problems outright, but we are willing to be in communication and community with them. That we were listening to their stories.

“I thought it was fascinating how we communicated with a little bit of a language barrier,” freshman Chris Champagne said. “They really appreciated the effort that we showed to learn who they were, why they were doing what they’re doing, what it meant for them to be a migrant at the shelter and for them to hopefully end up where they want to go.”

Humanizing this issue is one way we can engage people with differing perspectives. John and Laura Hunt, founders of Water Station, come from decidedly different backgrounds and practice opposing political views. John Hunt is a self-proclaimed “raging” Republican who voted for and continues to support Donald Trump. According to the Hunts, when they remove the political aspect, they are left purely with the humanitarian side of the problem. He believes if there are lives to be saved, we should be doing what we can to save them.

With this idea in mind, of prioritizing humanitarian efforts over politics, students reflected on how new perspectives will impact them going forward.

“As we’re addressing immigration, I realize things aren’t going to happen overnight. But now, we take those little steps to move in the right direction,” Miller said. “I feel more equipped to talk about this issue and equipped to be involved in this issue going forward and to do my part in the little things.”

For those who are still considering their position on this issue, I urge you to educate yourself on all perspectives, but also to consider the individuals behind the statistics. Consider the people. Consider their stories.

Thea Skokan is a news editor.