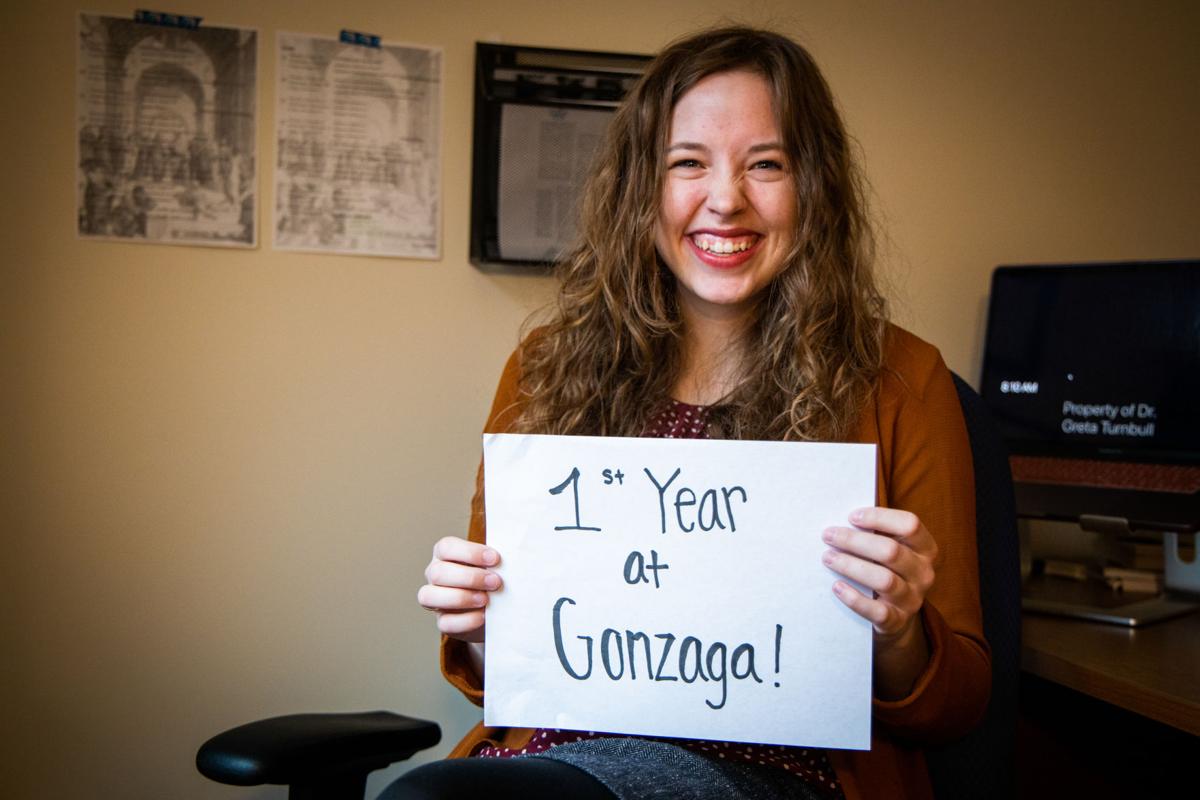 Philosophy professor Greta Turnbull is in her first year of teaching at Gonzaga. 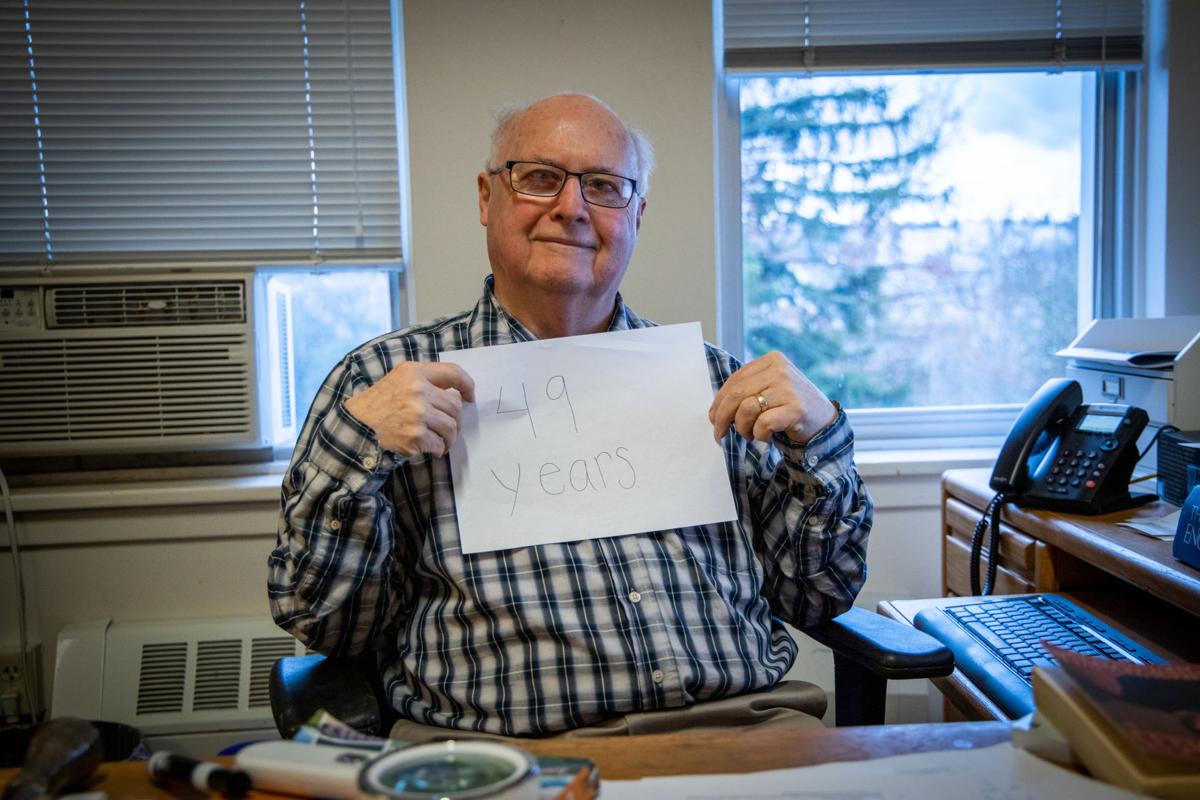 Blaine Garvin has been a professor of political science at Gonzaga for 49 years.

Philosophy professor Greta Turnbull is in her first year of teaching at Gonzaga.

Blaine Garvin has been a professor of political science at Gonzaga for 49 years.

Time and time again, alumni, current students, faculty and staff are asked the question: What makes Gonzaga so special? Community seems to be a common answer.

The student to faculty ratio at Gonzaga is 11:1, placing an emphasis on the connection between students and their professors, as well as with each other, helping to build a community that is talked about so often. As GU continues to expand its community will expand along with it.

Garvin said he chose political science because as a child, politics was dinner time conversation and since then he became interested in it. Although he thought about a career in politics, he ultimately decided that teaching was the path for him.

“Once I started to teach in graduate school as a graduate student, I just loved it immediately,” Garvin said.

At the time, GU was the only place to offer Garvin a position, which he says is why he initially came here.

“I found the place congenial, because of everything we know about Gonzaga," Garvin said. "It was student oriented, the emphasis was on good teaching, people took responsibility for helping students become participating adults, and it was a family oriented place. The great satisfaction for me is that at its foundation, that's exactly how [Gonzaga] has remained.”

Garvin has seen the changes at GU since the time he began here.

“Overall in the university as a whole, the amount of serious research that goes on in most disciplines is much greater now than it used to be," Garvin said. "I was worried that this would be at the sacrifice of good teaching, but it doesn't seem to have turned out that way, people seem to be able to do both."

When asked what challenges come with being a professor, Garvin was initially stumped, but then said, “Maintaining a good disposition. Like any other job, teaching can turn into a routine ... if you give way to your frustrations instead of remembering the joy in what you’re doing you can get discouraged, and it can become just a job.”

Garvin said, on the other hand the rewards of being a professor are incredible.

"The thing that is special about Gonzaga, in my view, is that professors and students do take each other seriously and do appreciate what the other has to offer, year in and year out being around people who are doing these things is really fun.”

Garvin said he enjoys digging up old class lists and remembering his past students and wondering what they are doing now.

He describes his teaching style as theatrical.

“I try to translate abstract and a forbidding subject matter into something people can see and feel and sort of be taken by.”

Garvin said he has not left Gonzaga after all these years because, “When you find a precious jewel, you don't drop it by the side of the road and go off to search for something else.”

Philosophy professor Greta Turnbull, on the other hand, is in her first year teaching at GU.

Previously, Turnbull taught while in graduate school at Boston College for 3 years. Turnbull is originally from Leavenworth, Washington and completed her undergraduate degree at Washington State University.

One of the reasons Turnbull said she came to GU, is because she wanted the ability to be there for her students in every way, in the classroom and outside.

Turnbull says the challenges she's found with teaching college students is the responsibilities that come with being a college student, like juggling classes, getting enough sleep and staying healthy.

Further, Turnbull appreciates the drive students have for learning.

“I love teaching here [Gonzaga] because students care so deeply about what they are learning [and] they are personally invested in their learning process,” Turnbull said.

Although Turnbull is 25-years-old and close in age to many of her students, she says that this is not necessarily a disadvantage, although at first students may underestimate the difficulty of her class. Turnbull says ultimately, she is able to have fun in class with her students while maintaining mutual respect, which she said happens very quickly.

Turbull says she asks students a lot of questions, and hopes that they are thinking and answering questions about the material more than she is talking about it. She says this helps her students be accountable for reading and also helps build the community within the class.

“We’re growing into a community together where we each support each other, and when we make mistakes we make them together.” Turnbull said.

Turnbull also incorporates games like Jeopardy in her classes which she says helps to “bond the student group into a community.”

“Philosophers aren't just people we read, or dead words, there is life to it, there is a conversation happening and the questions they were asking, I cared about those questions,” Turnbull said.

As far as rewards that come with teaching GU students, Turnbull says they are amazing, and she has no regrets.

“Every student is so unique,” Turnbull said, “I know so many amazing people who are going to make a difference in the world.”

Karlie Murphy is a staff writer.