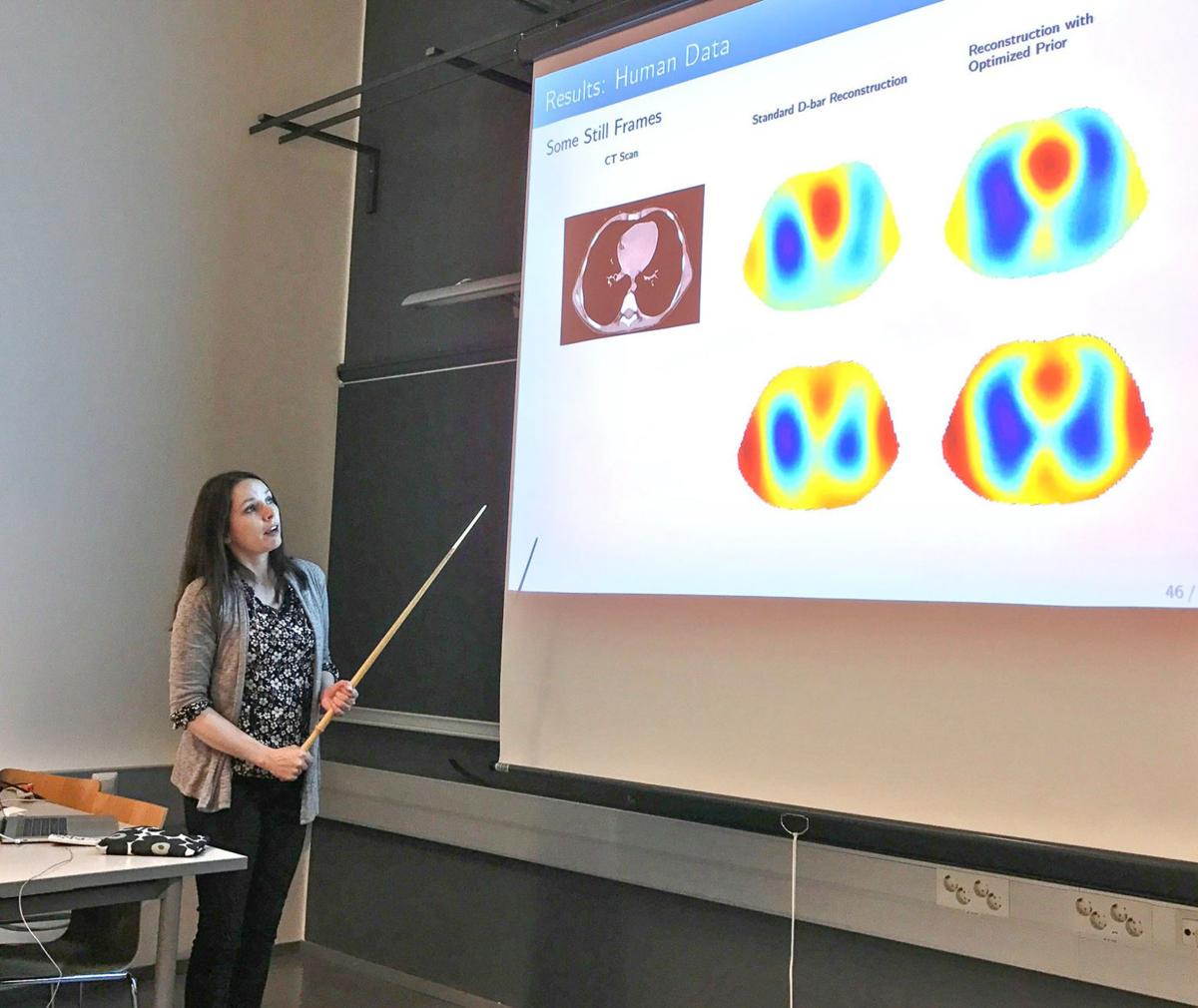 Melody Alsaker conducts research on Electrical Impedance Tomography, which is currently being used in hospitals to monitor cystic fibrosis in children. 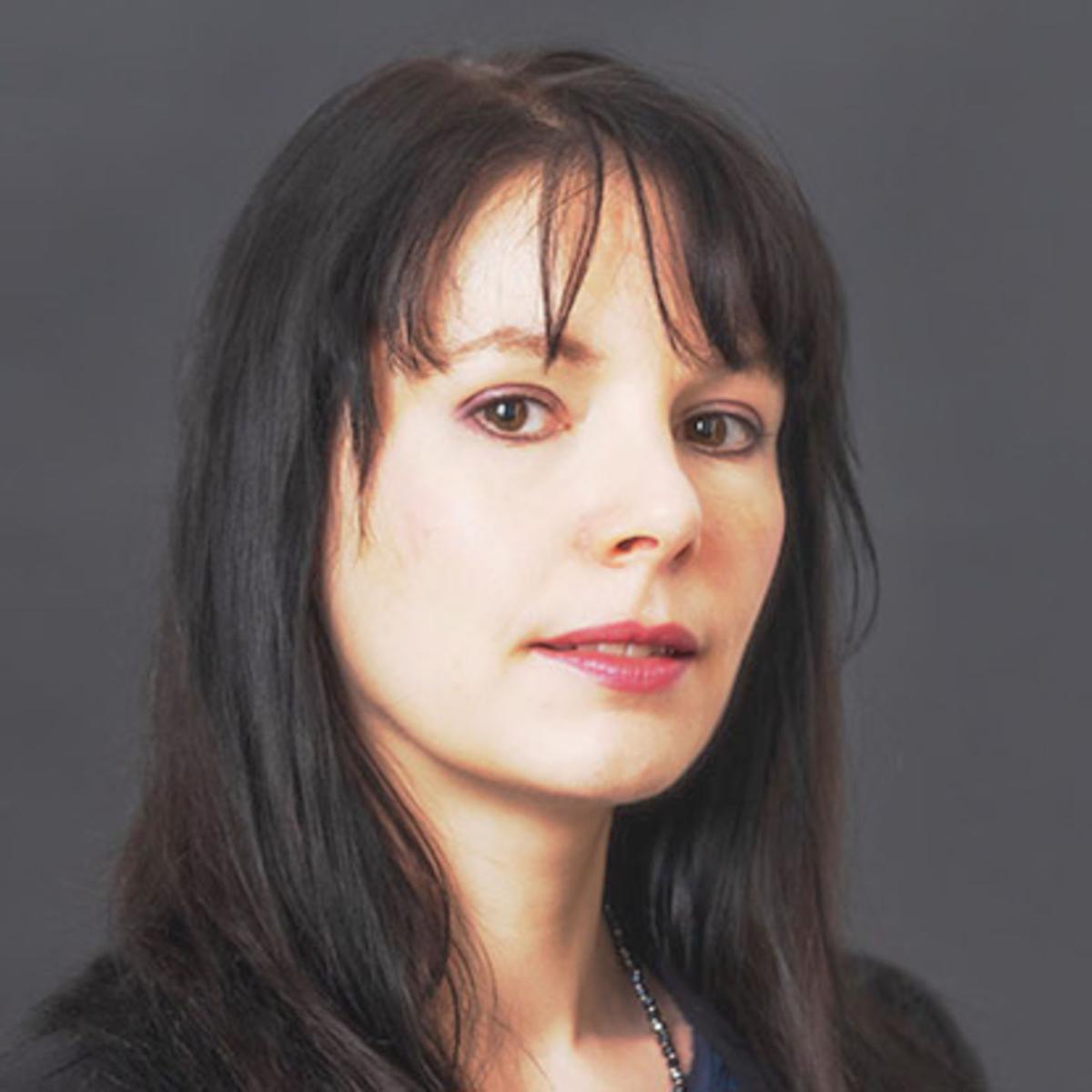 Melody Alsaker is a mathematics professor at Gonzaga.

Melody Alsaker conducts research on Electrical Impedance Tomography, which is currently being used in hospitals to monitor cystic fibrosis in children.

Melody Alsaker is a mathematics professor at Gonzaga.

Throughout high school math classes, teachers will often hear students ask, “When will I ever need this in real life?”

But what many students don’t realize when asking this question is that a lot of the magic behind our world operations come from math. For instance, those MRI, CT scanners and X-ray machines we see in medical facilities are all functioning because of math equations.

Melody Alsaker, assistant professor of mathematics at Gonzaga University, has been researching a different form of medical imaging technology — one that is non-invasive and portable. Electrical Impedance Tomography (EIT) is a functional medical imaging technique in which electromagnetic fields are used to form images of the electrical properties of the body. Alsaker, along with students, are using math to help improve this technology.

Alsaker first got involved with EIT research in 2012, while getting her master's degree at Colorado State University.

“I helped build the EIT machine that is currently in the lab [at Colorado State,] but mostly I worked on the software side of things,” Alsaker said.

To get a reading, electrodes are placed on the surface of the human body and electricity is run through the person's body, but no pain is felt due to the low frequency.

The image the doctors see is created by using conductivity levels of different materials in the body. This allows the doctors to have an image that resembles a horizontal slice through the patient.

“It's not used extensively in hospitals at the moment, but there are a lot of potential applications," Alsaker said.

“I’ve been involved with an ongoing project with Children’s Hospital Colorado," Alsaker said. "We’ve been looking at the monitoring of cystic fibrosis in children,”

Cystic fibrosis patients get a baseline CT scan every two years. EIT technology, however, can be used to take images between these scans, Alsaker said.

“EIT scans are better than the CT scans [for children] because they have a lot of ionizing radiation in them,” Alsaker said.

Not only is EIT safer and noninvasive, but it's also portable technology.

Hypothetically, this machine can be put in an ambulance, helicopter or taken into a war zone. Further, it is also much lower in cost. An EIT Machine is significantly cheaper than MRI and CT machines, Alsaker said.

There is also a capability for real-time imaging.

“You can take a whole bunch of images in quick sequence and make a movie out of it," Alsaker said. "So you can watch a patient breath, or watch their heart beat."

Alsaker’s specific role in this research is primarily based on improving the spatial resolution of the EIT images using various mathematical techniques and depends largely on using computer coding to do this job.

The students involved at GU in EIT research are focused on removing artifacts, which are things that show up in the image that are not supposed to be there. Essentially, they are trying to filter out these artifacts from the images using math and computer code.

Benjamin Bladow, a senior majoring in computer science and mathematics, began working with Alsaker during the fall of his junior year.

“I think EIT is super cool because the whole purpose of it is to develop a technology that is low cost, portable and gives you real-time imaging,” Bladow said.

He meets with Alsaker twice a week and spends four to 10 hours doing coding research.

“I've been able to meet a lot of mathematicians from around the world because of the research I do with Dr. Alsaker,” Bladow said.

In November, Bladow, along with Alsaker and mathematics majors Scott Campbell and Sydney Schmidt will be going to Colorado State University to visit the EIT lab there.

Bladow said he has gained a better understanding of the math behind imaging, and the amount of effort put into this technology through his research experience.

“I think it would be great if as many students as possible did research with a professor, because you end up really delving into a topic," Bladow said. "That’s why we’re here, we are not just here to learn facts and figures, we're here to learn how to learn, and doing research helps you in that process."

Karlie Murphy is a staff writer.

Peer educators lend a hand to first-year students at Gonzaga