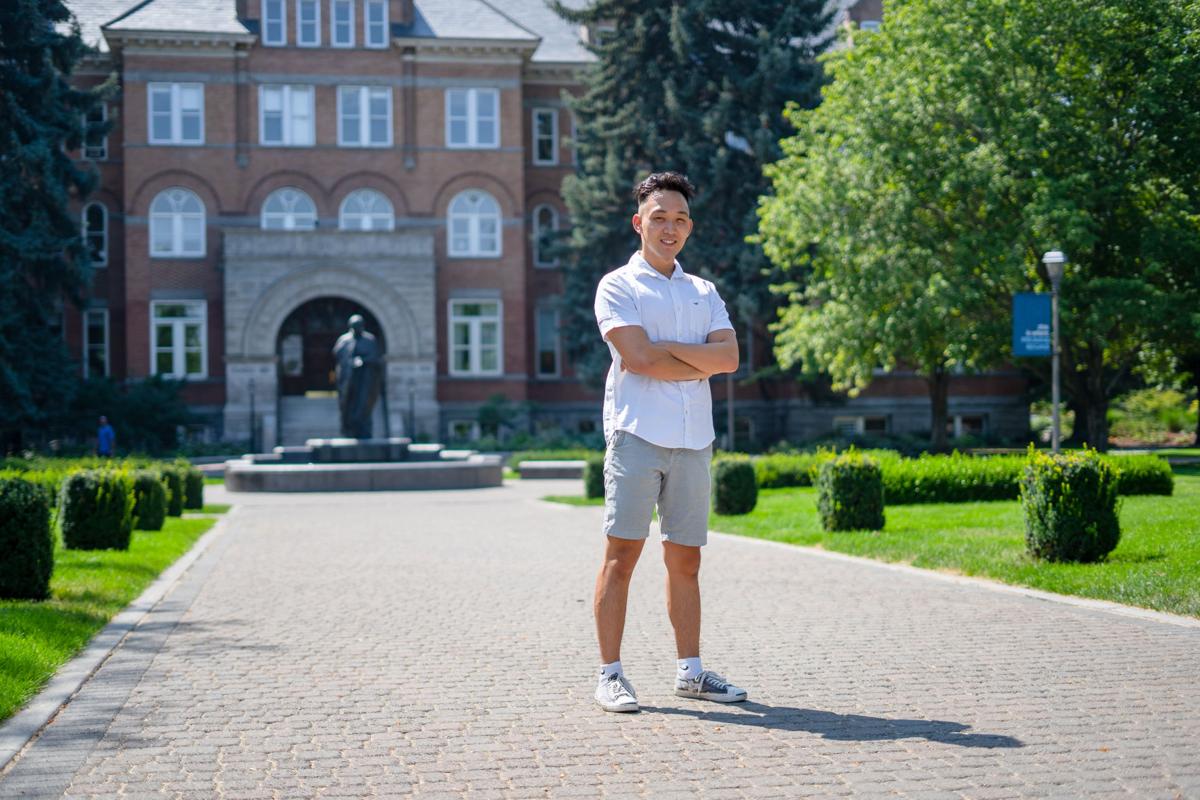 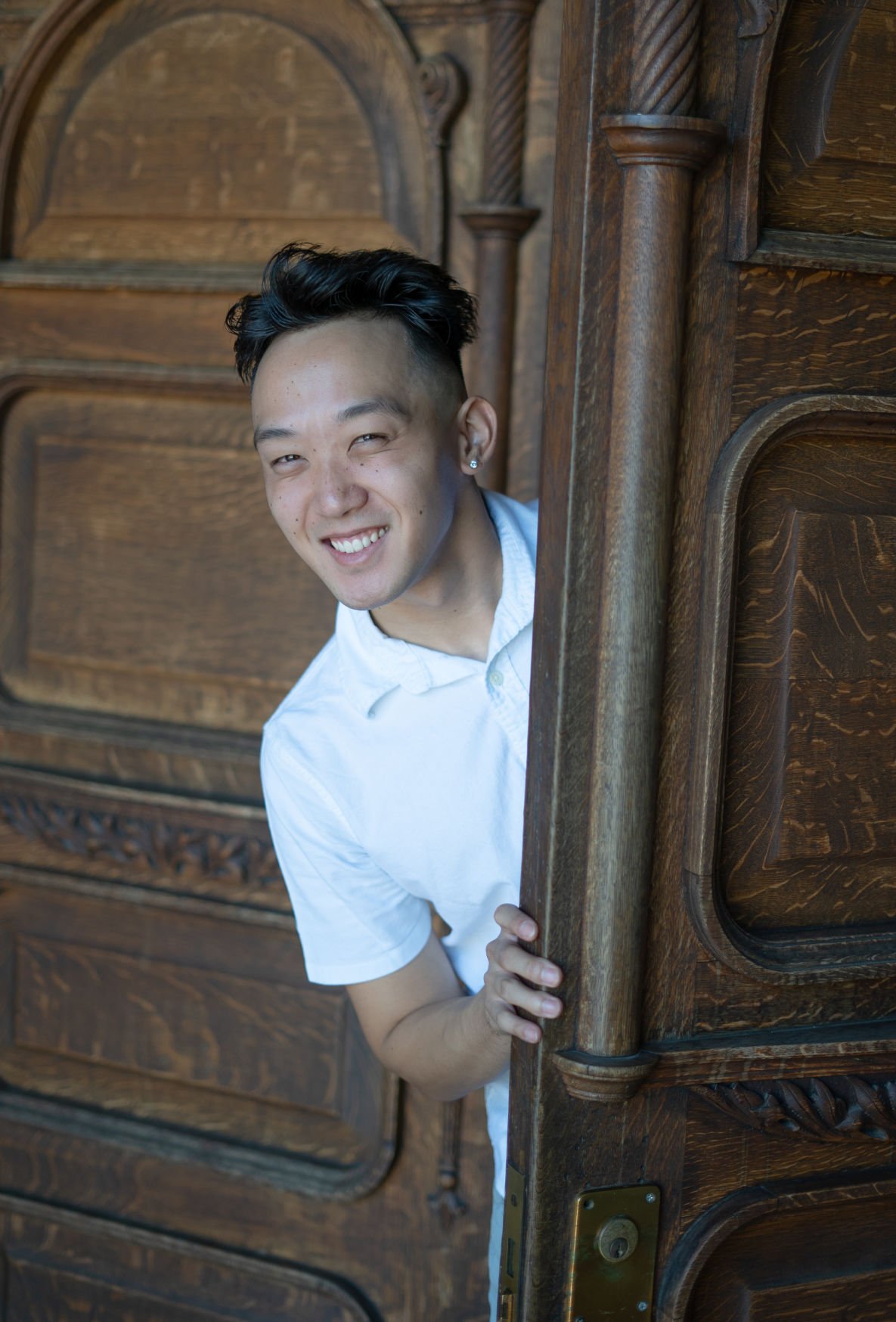 Michael Tanaka had thought of running for Gonzaga Student Body Association president, but had planned to end his time in student government after his junior year.

His original plan was to make a difference in his role as campus inclusivity coordinator for one year — then take his senior year off. When students began approaching him asking if he had plans to run, he laughed it off.

“You’re just joking,” he thought at the time. “I would never be the person to do that.”

But now he is that person. Elected in May by the student body, Tanaka is the incoming GSBA president. Less than two weeks before the candidate filing packets were due, Tanaka gained the confidence to run for president when incoming Vice President Maurice Harbick approached Tanaka about being his running mate.

“When I approached Michael he had already been approached by people pushing him to run, and I think it’s because he’s such a real person,” Harbick said. “He’s transparent in everything he believes and does, and that’s a really attractive leadership quality.”

In a backward fashion, Harbick decided he would fit the role of VP better, and wanted Tanaka as his president.

“That’s just such a humbling thing to be asked to run for president,” Tanaka said. “So that made me really consider just what could possibly happen if I were to actually run.”

After launching their candidacy, the duo ran on the platform of supporting students’ work that is already happening. Rather than planning and launching his own legacy project, as many GSBA presidents have in the past, Tanaka plans to spend his year supporting and working on projects that are already in progress.

“The main drive of our platform this year is to focus on student-driven work, as far as advocacy work, activism and policies. Work that students are already doing — passion projects on campus that need support because we believe that GSBA is the main driver between connecting the administration and the student body together,” said Tanaka. “Students have a lot of ideas. And those ideas need to be supported. The reason I didn’t want to do a legacy project is because we didn’t want to throw something else into the pot where there are so many things already going on. There’s so many things that already need attention.”

Specific projects Tanaka plans to work on include the Undergraduate Professional Development Grant, and the Undocumented Student Scholarship. He hopes to succeed in getting them both endowed, meaning they can accrue interest on their funds so they can aid students for 10-20 years, by the end of his time in office.

He plans to spend a semester working on each one, and has set a date of March 31 that he aims to have them both endowed. Through working with GU President Thayne McCulloh, Tanaka plans to reach out to alumni to raise the funds needed.

Though he has high expectations for himself, and plans to get a lot done in his year in office, Tanaka recognizes the importance of living in the moment.

“I think it’s something that is a once-in-a-lifetime opportunity for me,” he said. “It’s just as much about enjoying it for what it is, and giving the best I can and really forming this job into myself instead of trying to compare myself to things that have been done in the past, you know, really trying to make this for what it is and serving the student body to the best of my ability.”

Last year was Tanaka’s first in GSBA, as campus inclusivity coordinator. In this role, he focused on event programming, specifically concerning diversity and inclusion and promoting multiculturalism on campus.  Along with programming about two events a month, his main event was continuing Courageous Conversations, a space for students to come together and discuss difficult topics in a safe space, which began three years ago and has grown each year since.

“[It’s] bringing to light student difference in a space where we can have conversations over our varying opinions,” he said. “It’s something I don’t think there are many spaces for that at Gonzaga. I think we’re very quick to affirm each other on our campus. We don’t have spaces for those conversations to happen.”

Through Tanaka’s work in this space, Harbick was able to see what made him a good leader.

“Whenever he is speaking his mind, he’s always doing it with the best interest of other people in mind- and I respect that so much,” he said. “He’s a leader — he is very reflective and thoughtful, and he’s always looking at the way things are and considering how things should change. He asks a lot of questions and he works really hard all the time. But I think he approaches things from a very reflective nature, when there’s an issue at hand he’s going to look at the full scope of it.”

Tanaka also recognizes his own growth in that role, and how it prepared him to be president. He said he believes that through hearing a larger diversity of opinions, he can be better prepared to serve the greatest number of students — which, at the end of the day, is his only goal.

Tanaka said he wants his presidency to be about propelling the university forward through students’ ideas and projects rather than his own.

Along with getting to know students better, Tanaka plans to spend his senior year getting to know Spokane even better. Hailing from Torrance, California, he said his interests really align with LA, meaning he enjoys shopping and trying new restaurants. As a foodie, his local favorites include Kim’s Korean and Suki Yaki Inn.

This year though, he wants to get more into the expansive outdoor scene that Spokane has to offer that LA doesn’t — including hiking and spending time by the lake. He also has a list of books he’s been trying to get through, including Michelle Obama’s autobiography “Becoming.”

A double major  in international relations and political science with a minor in leadership studies, he plans to spend time immediately after graduation teaching English in Japan.

To incoming students, Tanaka’s advice is to take advantage of the year.

“I think freshman year was by far the most valuable year, because I think I just kind of threw myself in everything I could and tried to meet a lot of people,” he said. “Just at the end of the day, though, I think just being yourself and let everything come to you in that sense. Don’t try to be someone else that you’re not, and I think everything will work out in the end.”

Commentary: Meaning of Gonzaga name resonates now more than ever

Gonzaga senior sends out handwritten letters to his community