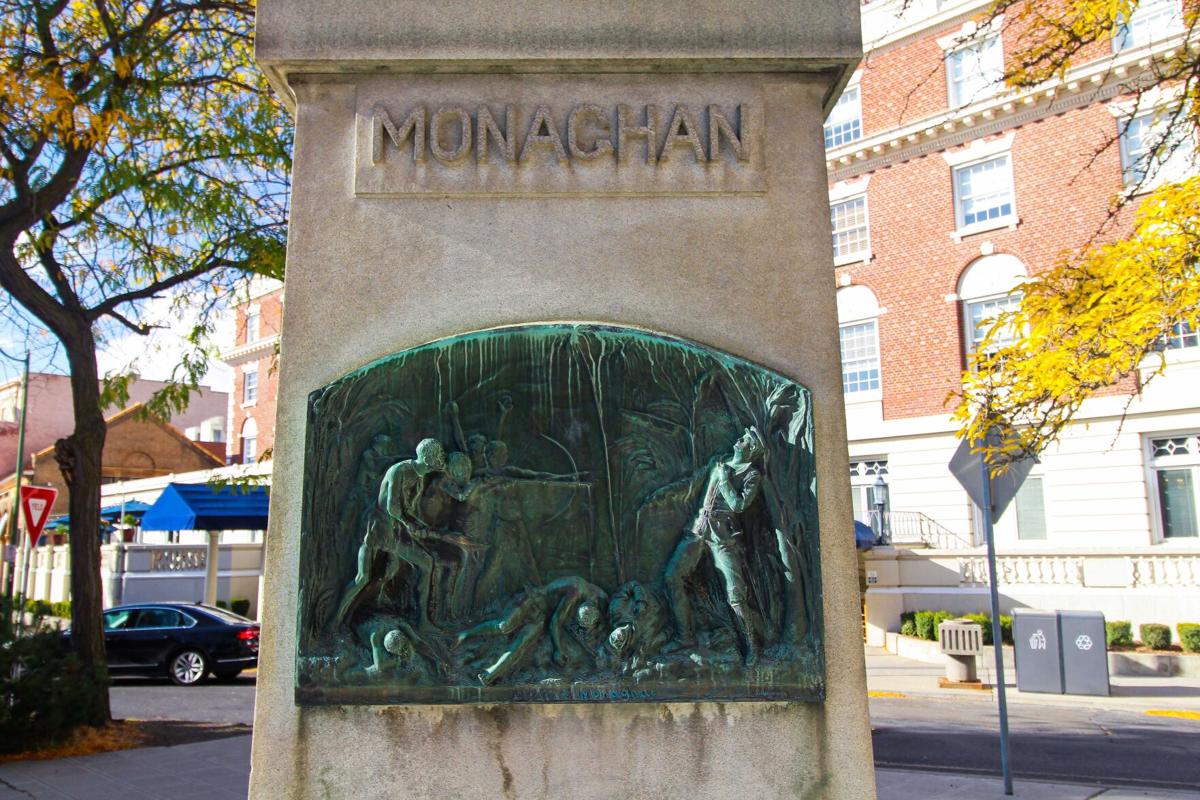 The petition to remove the John R. Monaghan statue was initiated by the Citizen's Advisory Council (CAC), a local activist group. 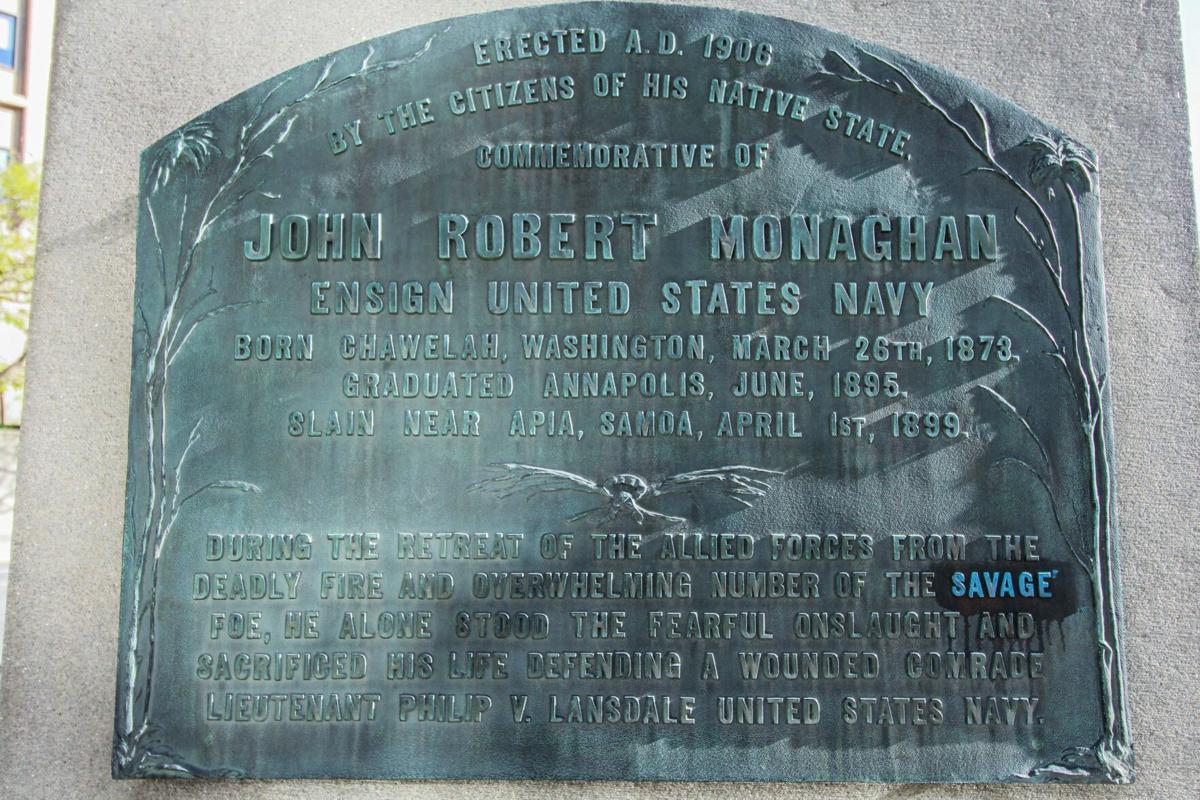 The John R. Monaghan statue is located in Downtown Spokane.

The petition to remove the John R. Monaghan statue was initiated by the Citizen's Advisory Council (CAC), a local activist group.

The John R. Monaghan statue is located in Downtown Spokane.

After renaming Fort George Wright Drive to Whistalks Way, the Citizen’s Advisory Council (CAC) shows there’s still much more that needs to be done by getting to work on their next project: taking down the historic John R. Monaghan statue in downtown Spokane.

The CAC, a relatively new local activist group, recently drafted the petition that has been making rounds on campus.  It calls for the removal of the statue due to its glorification of a war figure who was responsible for the deaths of thousands of Samoans.

Monaghan, who was from Spokane, was an officer in the United States Navy, which was ordered to attack Samoa in an effort to appoint a ruler who the U.S. approved of. In 1899, when the U.S. was committed to conquering the lands of foreigners in order to expand its global influence, Monaghan was among the U.S. officers who burned down Samoan villages, attacking and killing civilian populations.

The CAC wants to challenge the local narrative of Monaghan being a war hero, and bring awareness to the pressing issue of removing his memorial.

“We created this petition to try and bring about justice and to tell a more accurate history of Pacific Islanders,” said Tia Moua, a junior at Gonzaga and a member of the CAC. “We want to show that it’s not right to commemorate somebody who did very unjust things to the small islands. So I think ultimately, this petition is trying to fight against white supremacy and bigger systems of racism.”

Some argue against the removal of Monoghan’s statue, claiming that most people do not consciously think about its meaning. However, others claim that it does have a negative impact on the community.

Some popular subjects of this conversation are Confederate flags and monuments of leaders who are known oppressors or racists, but these aren’t the sole examples.

“Keeping those statues around goes against the progressive image that the United States tries to make for itself,” said Josiah Saifoloi, a junior in Hawaii/Pacific Islanders Club (HPIC). “If the U.S. and specifically Washington state, which prides itself on being very liberal and progressive, wants to continue to maintain that image, then they shouldn’t be keeping statues that glorify acts of violence and genocide.”

The goal for the petition is to reach over 1,000 signatures and it will be sent to the Spokane City Council in November once the new members are elected. However, that is not the end of the CAC’s efforts to get the statue taken down. They will also hold a rally this Saturday.

The rally will be held at Riverfront Park next to The Great Northern Clocktower. It will be from 11 a.m. to 12:30 p.m. and is open to anyone who wants to attend, especially those in the GU community.

“It’s important to get involved and bring awareness, we can’t just be passive citizens,” Moua said. “So many people choose to ignore these issues of racism, because they think, ‘It doesn’t affect me,’ or, ‘I shouldn’t get involved in that.’ It’s about caring enough about our community, not only because the statue is here, but also because there’s people in our community who are Samoan and Pacific Islander; who are deeply impacted by this racist statue. Not only just by the statue, but by other forms of racism.”

Saifoloi, who is a part of a Samoan family, said removal of the Monaghan statue is a necessary, given the Pacific Islander Community in Spokane.

“In Spokane, we have a very large Pacific Islander community, so by taking the steps to listen to Pacific Islanders, and to take down monuments and other things that represent moments of pain in our history and in our relationship with the United States, that will ultimately honor our cultures,” Saifoloi said.

Fall Family Weekend returns with energy after a COVID-19 pause