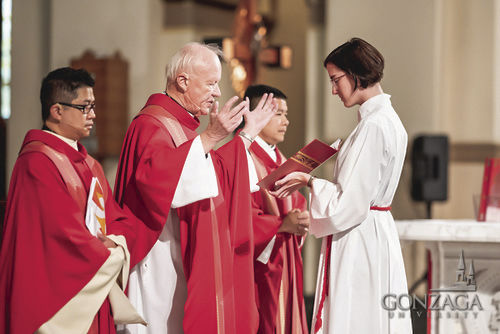 Rev. Patrick Howell worked with Gonzaga's Office of Mission and Ministry for the past four months to implement new strategies. 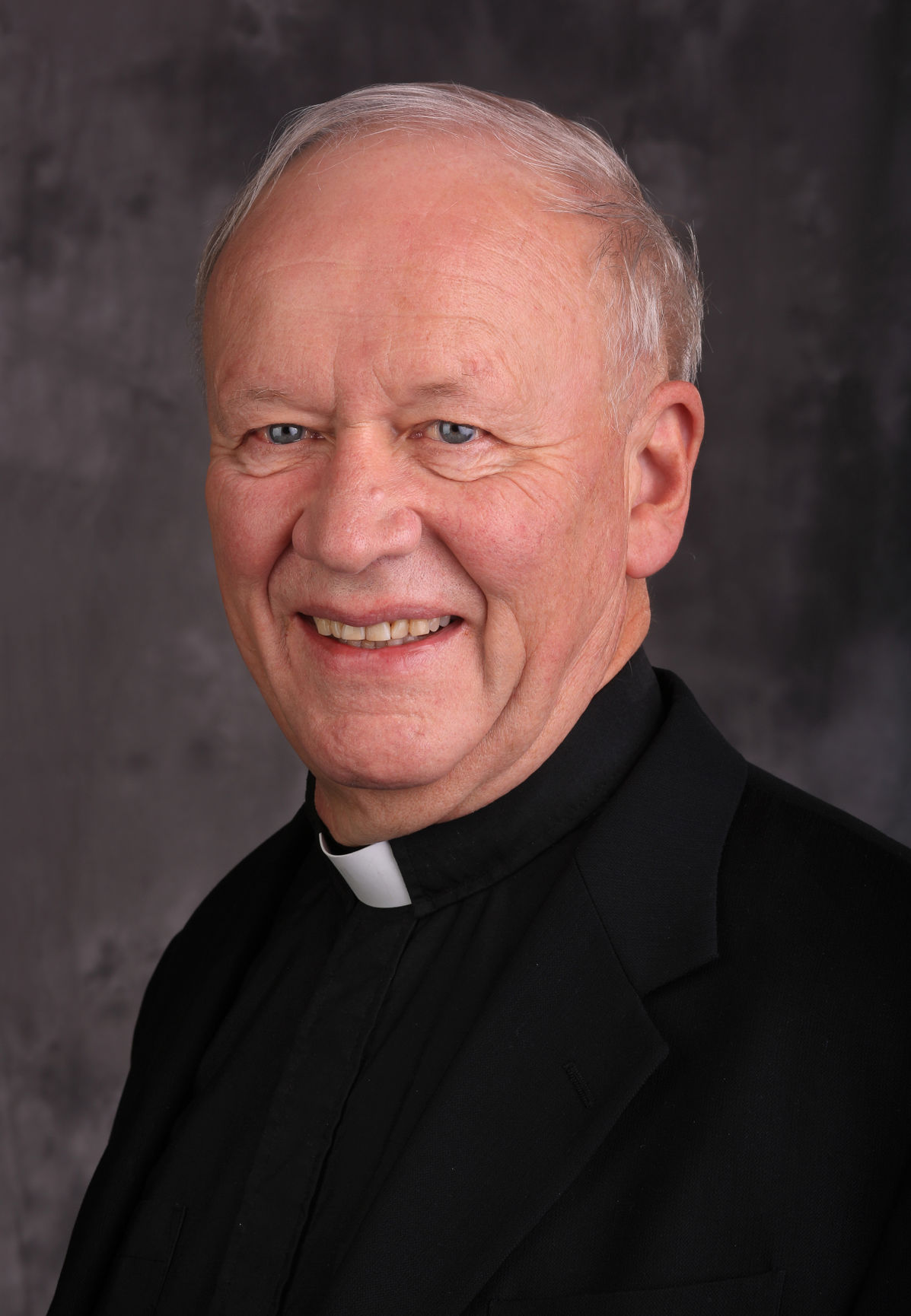 Rev. Patrick Howell, S.J. spent much of his career advocating for mental health awareness and addressing topics many were afraid to approach to begin healing and understanding every person's story.

Rev. Patrick Howell worked with Gonzaga's Office of Mission and Ministry for the past four months to implement new strategies.

Rev. Patrick Howell, S.J. spent much of his career advocating for mental health awareness and addressing topics many were afraid to approach to begin healing and understanding every person's story.

Rev. Patrick Howell, S.J. lived fully until his last breath. He was a dedicated Jesuit and worked to make the world, the people around him and himself the best they could possibly be.

Howell died on Nov. 28, Thanksgiving Day, in Spokane due to lung cancer at the age of 79.

He was born in Lisbon, North Dakota, to Joe and Virginia Howell, and was the oldest of nine children.

“I was going through his baby book and written all over it was how astounded my mother was by his thirst to learn from a young age,” said Ginny Heintz, Howell’s sister.

She said Howell was active academically and while in Lisbon, worked for his father, who was a retail pharmacist. In 1958, he moved to Spokane, where he received his bachelor’s degree in math from Gonzaga.

“At the end of his life, I asked him what his transition was like to Gonzaga and he said that he had arrived in heaven,” Heintz said.

In 1961, Howell joined the Jesuit order as a scholastic at the novitiate in Sheridan, Oregon. Three years later, he attended Weston College to earn his master’s in English literature and continue studying philosophy.

He began working full time in 1966 at Jesuit High School in Portland, Oregon, where he taught and was the student newspaper adviser.

In 1969, Howell moved to Rome to study theology, where he met Pope Paul VI. He returned to the United States in 1972 and was ordained before returning to Jesuit High.

“His psychiatrist said in his whole practice, he had only had one other person with such extreme psychosis and we as a family knew some of it but not to the same degree,” Heintz said. “As he went on with the encouragement of his psychiatrist, intervention and the support of the Jesuit community and [Howell’s] tenacity, he is the only one of all his [psychiatrist’s] practice that has healed so much and been cured.”

Howell used this experience as a learning opportunity and made his mental health — and mental health advocation and education — a priority.

“From that, [Howell] interacted more understandingly with students, staff, family members and, I suspect, other Jesuits about mental health in all arenas,” Heintz said. “He would have had an intuition and a knowledge of honoring people’s story and how it affects emotional health.”

He was deeply engaged with expanding both the ministry and other professions knowledge when it came to mental health.

"He worked specifically with people in the Seattle Archdiocese to help interpret mental health as signs of people dealing with specific troubles,” said longtime colleague Sharon Henderson Callahan, a professor and director of the doctor ministry program at Seattle University. “His whole approach was very pastoral and communal.”

In the late 1970s through the mid-1980s, Howell was the principal at Gonzaga Preparatory School. In 1985, he began working at Seattle University (SU), where he spent 30 years working numerous jobs within the School of Theology and Ministry, as well as Mission and Ministry.

As a professor, he had a way of captivating his students.

“He made his class alive and made hard topics that seem to have nothing to do with students relevant and alive in a very personal way,” Callahan said.

This also played into his role as an administrator. Callahan said Howell made sure the faculty could advance and grow, as well as have access to everything they needed.

Howell was unafraid to tackle complicated issues like the priest sexual abuse scandal, mental health and acceptance of all. He worked to create a productive and healing dialogue with those involved and educate others on the complexities of these issues. It was something he worked on while at SU and continued at GU.

After 30 years at SU, he decided to leave and come back to GU to work in the Office of Mission and Ministry.

“He was a distinguished professor at [SU] and he could have stayed there and received accolades,” said Fr. Dan Mai, S.J., the Jesuit Specialist in the Office of Mission and Ministry. “But he was willing to move over here because we had a need, we didn’t have a Jesuit in [the College Hall office.] He’s a very generous man and willing to put himself out there to be of service to people.”

He was loved dearly everywhere he worked, including GU, even though he was only on campus for four months.

“[Howell’s] wisdom was a great gift to me personally, to the Mission and Ministry team and to the faculty and staff members with whom he worked,” said B. Kevin Brown, senior specialist for faculty and staff formation. “He had over 30 years of experiences in Jesuit higher education as a theologian and administrator, as well as nearly 60 years of experience in the Jesuits.”

While in the office, Howell developed many initiatives that Mission and Ministry plan to see through in the future.

“I think he had an important purpose during his short time here this fall: to affirm the direction of the Office of Mission and Ministry, to empower all of us in the wider community to be strong lay mission leaders, to help give us a richer sense of our own history and to strengthen the relationship between the university and the Jesuit community,” Wheatley said.

Along with being an acclaimed scholar, Howell was an accomplished writer. He wrote three books and columns and served on the editorial board for American Magazine. Howell also helped translate, with three others, Pope Francis’ first interview into English.

Aside from scholastic work, Howell loved to garden. Heintz said it brought him immense joy.

“Wherever he was in the world, he was always holding flowers, looking at flowers, taking pictures of flowers and the more flowers, the better,” Heintz said. “They were such good friends to him, the flowers were.”

Howell was a great friend to all. He approached everything with openness and empathy, and was always willing to walk with anyone through their story, Heintz said.

“[He was] a man of great integrity and a man of great capacity for listening and acting responsibly,” Callahan said. “His feet were on the ground and he was practical, while also carrying a deep love of God with him and every interaction he had with other human beings.”