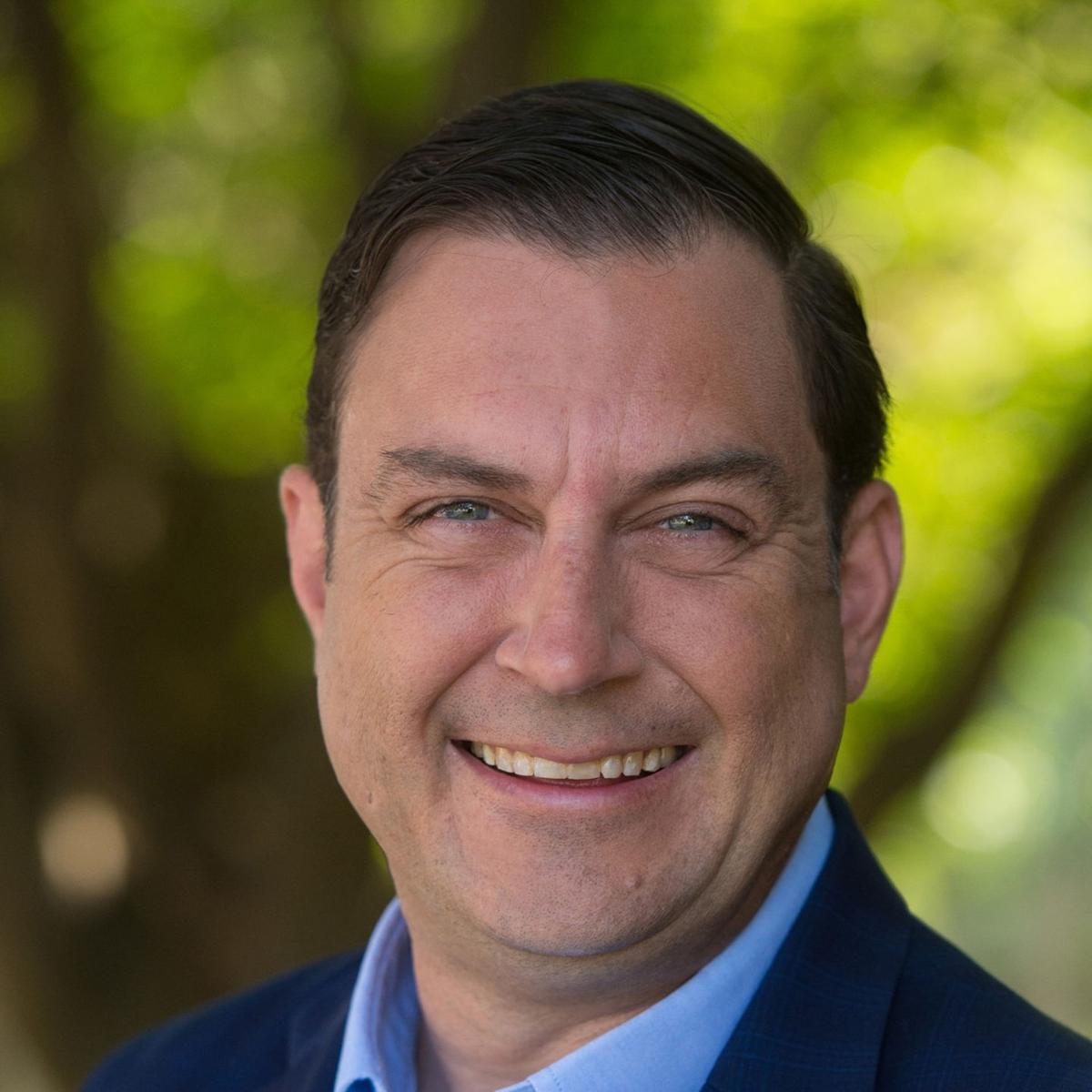 Ben Stuckart has spent seven and a half years as the City Council president and is now running for mayor of Spokane. 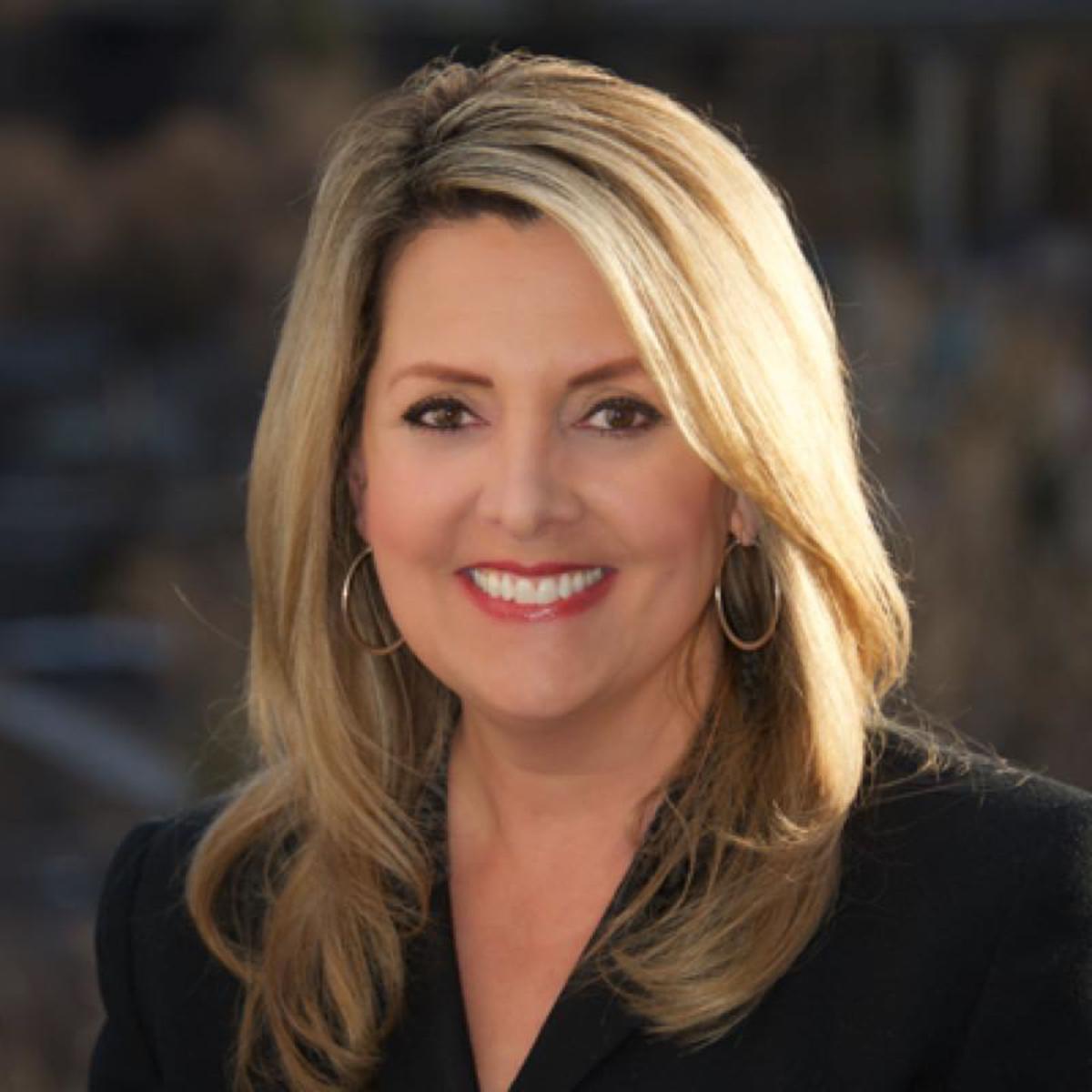 Nadine Woodward is a former reporter at KXLY and is now running for mayor of Spokane.

Ben Stuckart has spent seven and a half years as the City Council president and is now running for mayor of Spokane.

Nadine Woodward is a former reporter at KXLY and is now running for mayor of Spokane.

The general election in Spokane this November has the chance to flip the city’s political script.

Due to term limits, the city is guaranteed a new mayor and City Council president. Additionally, three positions on the Spokane City Council are on the ballot, including in District 1 — which includes Gonzaga University and the Logan Neighborhood — where a new face will be elected to represent the area.

This is the final article in a three-part series on the most impactful elections to the GU Community. Coverage of the District 1 and Spokane City Council President races can be found online at gonzagabulletin.com.

Two familiar faces to Spokane residents are going head-to-head for the chief executive office, the city’s mayor. Two-term City Council President Ben Stuckart is challenged by a political newcomer, Nadine Woodward, who is a newly-retired broadcast journalist who worked 28 years as a news anchor, most recently for KXLY in Spokane.

The adversaries have sparred early and often after advancing from a five candidate pool in August’s primary election, in which Woodward received 40.3% of the vote, with Stuckart 1,000 votes behind at 38.2%.

The hottest topics of debate have been homelessness, affordable housing and business development.  One of the few things the candidates can agree upon is that Spokane’s has its failings and each believes they offer solutions

David Condon is in the final months as the mayor of Spokane after two terms and nearly eight years in office. Term limits restrict him from seeking reelection.

After seven and a half years heading the legislative side of Spokane as City Council president, Stuckart is bidding for the chief executive position of mayor.

The Spokane native said after contributing to the triumphs of government work — like the renovations of Riverfront Park and the long-term plan for Spokane’s streets — he now is running to address the city’s failures.

“I want to confront those challenges, and I

think I have a good inside working knowledge of how city government works,” Stuckart said. “I’ve also managed a multimillion-dollar business and ran a nonprofit, so I’ve got a depth of experience that I think I can bring to the table.”

He would immediately tackle Spokane’s housing crisis, as prices have risen and vacancies are low. Costs are becoming unaffordable and people are being pushed to the streets, he said.

Stuckart said he plans to create an office of sustainability as a cabinet position to tackle climate change at the local level if the federal government won’t act, and an office of civil rights and equity.

“We are not a very diverse, multicultural, multiethnic community and we need to really be deliberate as a city about leading the way on welcoming everyone to the community,” Stuckart said.

To assist those in the city experiencing homelessness, Stuckart said the city needs more 24/7 shelters, case management and addiction, mental health and housing assistance to get the displaced off the streets.

“I don’t know if that problem is attainable, but we can sure help out a lot of people and lessen the impact on their life and everybody else’s,” he said.

Downtown, upward growth is what Stuckart said Spokane needs to increase density and improve the housing situation. He contends that density helps small business, which makes for better community and decreases crime.

Last February, Stuckart supported a public safety levy that added 20 new police officers to Spokane’s streets, in addition to 52 others hired during his time on council. Stuckart said crime has seen a 15% drop this year compared to last.

Stuckart also has his sights on developing the Hamilton Street corridor east of GU’s campus into a walkable neighborhood district for students.

“Students right around the university should say this is such a great town that I want to live here, so it is an investment in our neighborhood business centers,” Stuckart said.

A second-generation Zag, Stuckart’s parents met at GU and married on their graduation day in 1971.

For his part, Stuckart received both his undergraduate degree and a master’s degree in organizational leadership from the university. He has fond memories of his time at GU including placing third at nationals on the school’s debate team.

Stuckart said he communicates with GU’s President Thayne McCulloh as often as possible about the university’s plans for the area and is hoping to partner in development that will keep students in Spokane.

Whether a student is voting in the election or not, Stuckart said he believes it is necessary to stay engaged with political affairs for the long-term success of GU and Spokane.

“City government is where things actually happen. I think a student that goes to Gonzaga right now would want the best type of community for future Zags,” Stuckart said. “I just think being educated about issues when local elections are coming up is important.”

With a background in newscasting and business ownership in Spokane, Woodward has witnessed the impact a rise in the city’s homeless population and crime rates have had on the downtown economic core.

“So, I kind of have this dual perspective of being a business owner, having covered it as a journalist and just being really frustrated with the City Council’s inability to get a handle on it so I decided to quit complaining about it and leave a successful career to do something impactful for a city that I love and that is to run for mayor,” Woodward said.

The first-time candidate is running a campaign prioritizing public safety. She wants to return a police precinct to the core of downtown and have police officers patrolling on foot and engaging with the community.

She said that she hears residents say daily that they don’t feel safe downtown and that isn’t a proper environment for students.

“When families send their children to go to school at GU, we want a safe community for them, so that is our No. 1 priority,” Woodward said.

Her additional initiatives include infrastructure improvements, housing supply increases, more economic development opportunities and reducing the number of homeless people on the streets.

“We are not going to solve homelessness, but we have to do a better job managing it,” Woodward said. “We just need to make it safe for everybody.”

She intends to model her plan like other cities in Washington, including Marysville, which is 45 minutes north of Seattle. She’ll pair police officers and mental health counselors to deescalate situations and get the homeless treatment.

Her ultimate goal is to create a network of services with local cities that includes detox and treatment programs as well as job training and community mentorship.

“I’ve seen it happen in other cities and its worked, and I know Spokane can do it because we are a very passionate and generous community,” Woodward said.

As Spokane grows, she said infrastructure, parks and the housing market will all need to improve to account for the influx. Woodward said Spokane has a 1% housing vacancy rate and needs 4,000 new homes.

She favors tackling Spokane’s housing crisis with flexible zoning, increasing building heights downtown and growing out into the West Plains and Spokane Valley to build outside of the city.

Collaborating with local cities is one way Woodward looks to spur economic development. She boasts the support of the mayors from Liberty Lake, Spokane Valley and Coeur d’Alene.

“One of my visions to create a healthier tax base is to develop the I-90 corridor and working with the cities all along that I-90 corridor to attract business, higher paying jobs,” she said. “We’ve got plenty of land available, we have incredibly affordable utilities and we should be magnet for development along that corridor.”

Woodward said her partnerships would advance opportunities that will attract talented, young graduates to stay in the area.

She said now more than ever, young voters need to be engaged with the political process at the local level where the impact is palpable and decisions will impact Spokane’s future.

“We are becoming discovered and I am hoping that the growth we are seeing right now will just propel our city to be a beacon that a lot of people will want to move to and visit,” Woodward said.

This story is the final in a three-part series to preview the upcoming Spokane elections.

Gonzaga's Net Impact Club is all about promoting sustainability