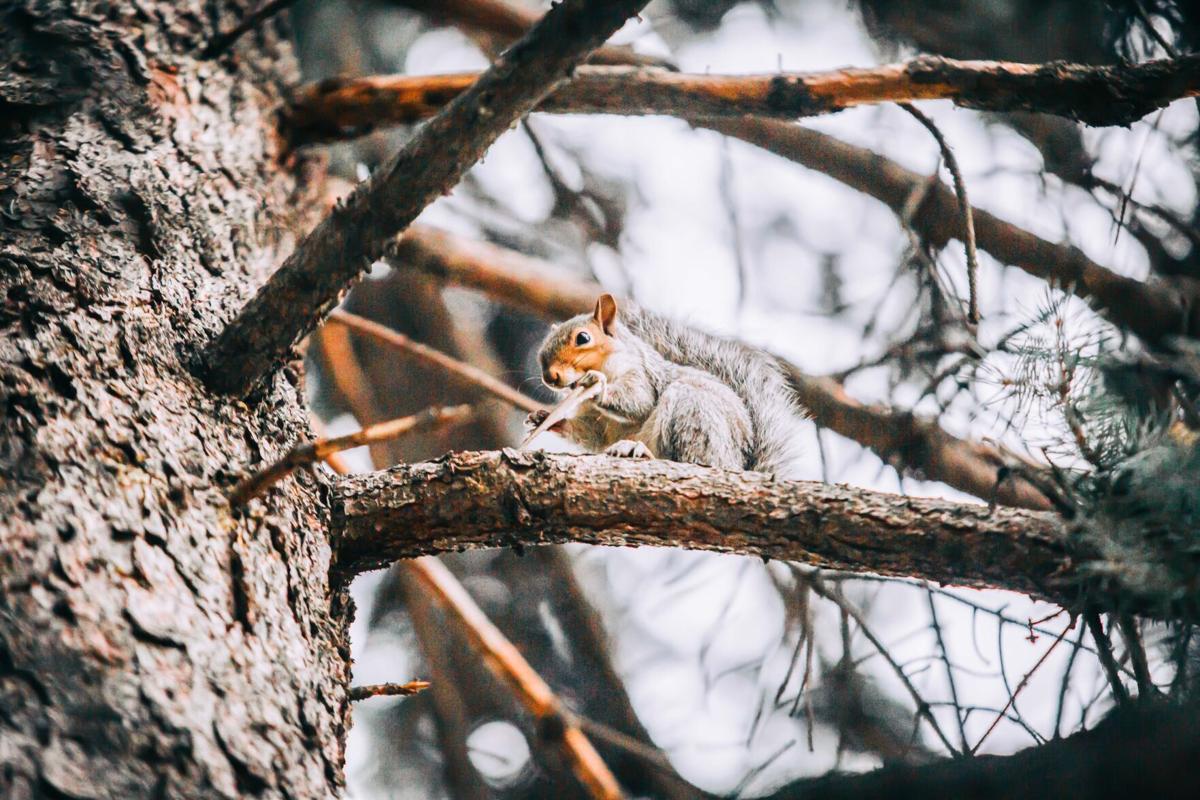 This squirrel-catching experiment was done for the first time at GU this year. 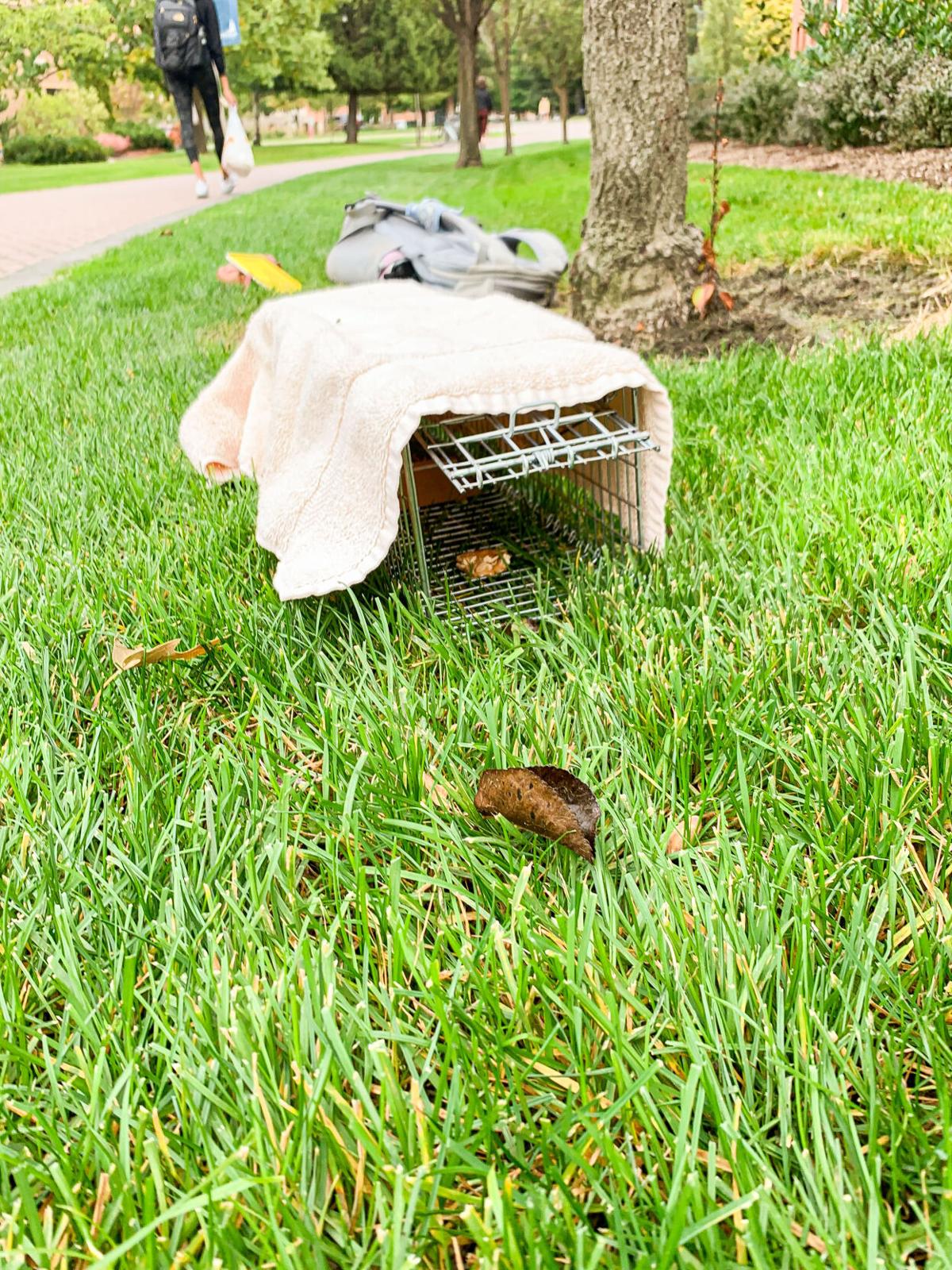 Tomahawk traps (pictured above) were stationed at eight different locations around GU's campus. 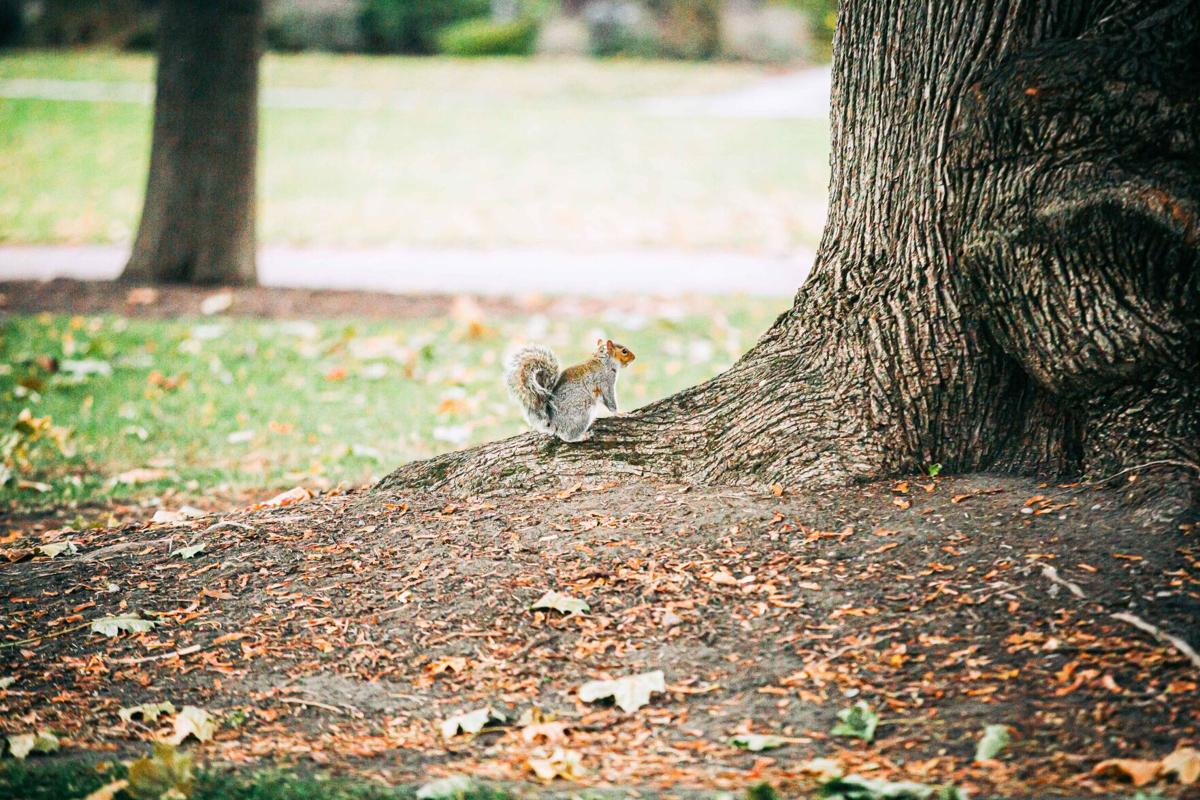 GU senior Claire Colombini recommends the class, Principles of Wildlife Management, to those interested in nature.

This squirrel-catching experiment was done for the first time at GU this year.

Tomahawk traps (pictured above) were stationed at eight different locations around GU's campus.

GU senior Claire Colombini recommends the class, Principles of Wildlife Management, to those interested in nature.

Gonzaga wouldn't be the place it is without its campus squirrels which you may have seen run up to steal your food or dart across Bulldog Alley.

In September and October, a biology elective course offered at Gonzaga, Principles of Wildlife Management, conducted an experiment to capture, observe and handle these squirrels. Students participated in this experiment for the first time at GU this year.

Assistant Professor of biology, Stephen Hayes, who teaches the course, said that the learning outcome of the experiment is for students to learn how to set up a collapsible tomahawk trap.

To execute a successful experiment and follow COVID-19 safety guidelines, the class of 16 students split up into two groups of eight. If these regulations had not affected the experiment process, the class would have taken a field trip to the Spokane River or to Pend Oreille County to set the traps in a forest setting.

Students began the first week of the experiment learning how to assemble and set the tomahawk trap. After set-up, the trap was pre-baited by wiring its doors open and placing bait inside so squirrels would feel safe and comfortable entering the traps.

Traps were set at eight different locations around campus with frequent GU squirrel activity. During that afternoon lab period, students observed and monitored squirrel engagement with the traps. This determined the placement of traps for the second half of the experiment.

“My favorite part of this experiment is getting outside and spending time just watching animals," senior Claire Colombini said in an email. “You have to be really patient and wait for a squirrel to approach your trap and it just felt like such a nice break to take some time and simply watch nature.”

The following week, students set the traps again and waited for squirrels to approach and enter. Hayes said that he intended for his students to learn how to handle the squirrels. It would be a challenge to maintain a 6-feet distance in the process, considering that the squirrels can be dangerous, potentially biting or scratching as they attempt to escape.

To solve this dilemma, they used denim fabric capture cones that zip over the entrance of the trap.

“When you open the trap door you coax the squirrel to run out the trap into this cone and it goes clear to the end of the cone and its trapped so it can’t move,” Hayes said.

At the end of the experiment the class successfully captured one GU squirrel.

Senior Amy Schneller, who placed the trap that caught the squirrel, said she was surprised by the capture, since squirrels didn’t go anywhere near the traps during the pre-baiting process.

After the capture, Hayes handled the squirrel to weigh and collect hair samples.

Schneller said her favorite part of the experiment was gaining insight of how biologists sustain safe practices in handing animals within their field of study.

This month, the class will conduct its next experiment, catching waterfowl by setting floating traps on Lake Arthur.

As a student with a passion for animals, Colombini said she finds this class very interesting. She highly recommends the class to other GU students who share a similar love for nature.

“I’ve learned so much about the concepts and management strategies behind wildlife,” Colombini said. “As someone who wants to eventually work in wildlife rehabilitation and conservation, this class could not be a better match.”

Major: Public Relations I love meeting and having conversations with fellow Zags through my writing!

Gonzaga and Spokane feel impact of the firing of Dr. Bob Lutz