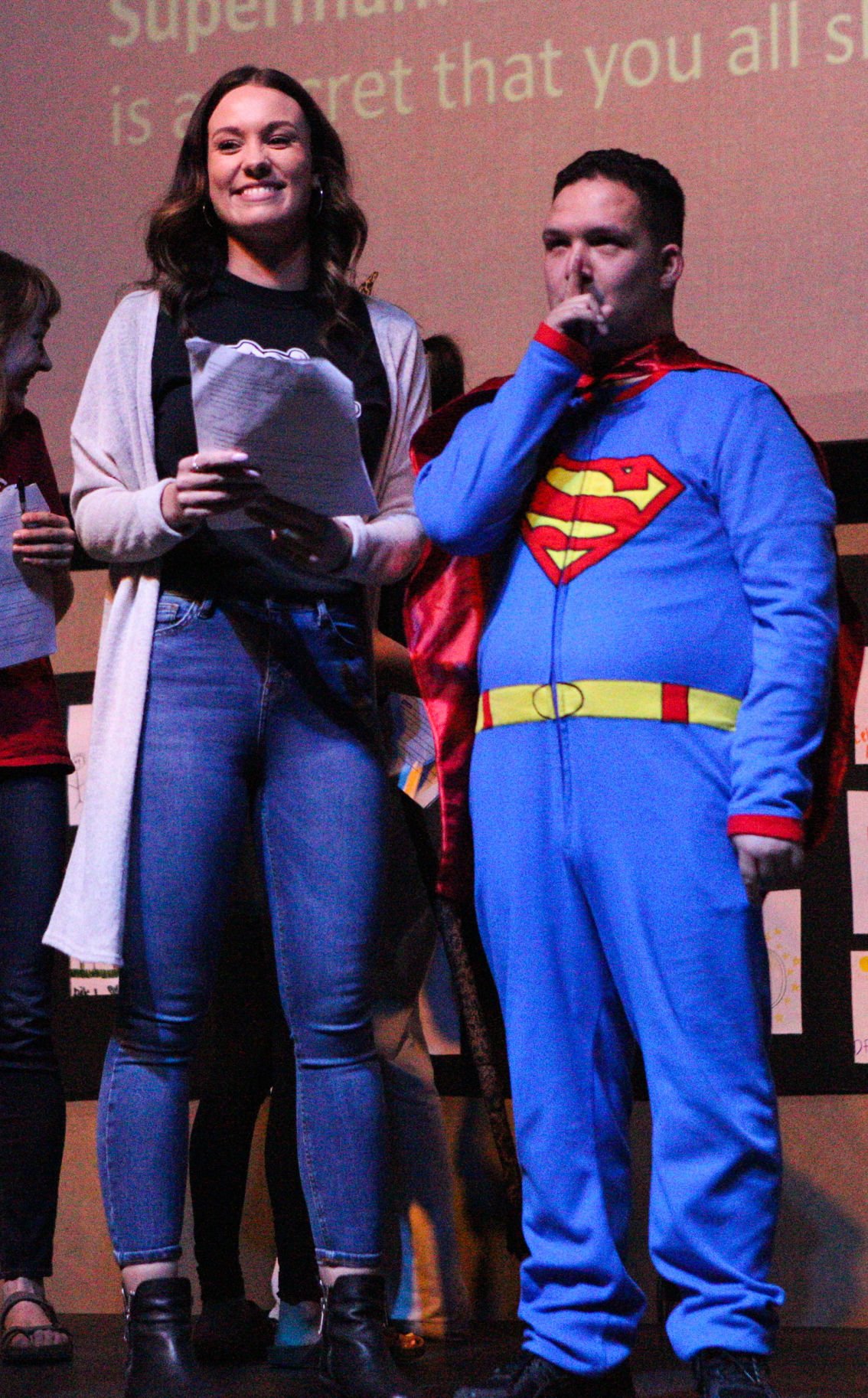 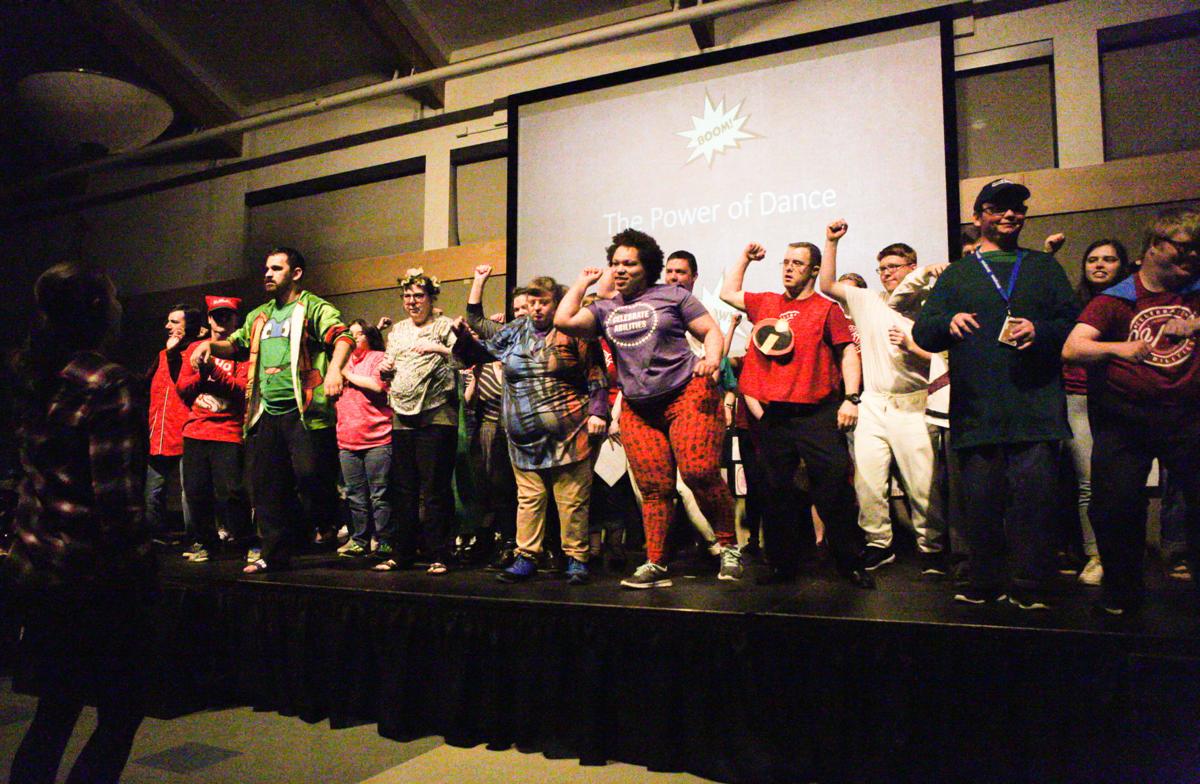 Gonzaga has many organizations on campus that aim to foster the mission statement of creating students who are “men and women for others.” One of these is Gonzaga University Specialized Recreation (GUSR).

This organization pairs students with adults with disabilities.

Upon entering Cataldo Hall Monday night for GUSR’s spring play, audience members were greeted with bright smiles and warm hugs. Participants were eager to show off the performance they had practiced all semester for.

“We prepared a lot for this,” senior Sports Practice Coordinator Sophie Anton said. “Every Thursday night, we have play practices and those are about two hours. We have a script writer coordinator and he kind of tailors roles to what participants really want to be, or really love. He will write the script and then we perform it two nights at the end of the semester and we have two plays each semester.”

“Super Goosers” is an original play written by Play Performance Coordinator Sean Sturtevant, who crafted the show specifically for the actors performing in it.

“When you’re in GUSR, we say you’re a Gooser,” senior Education and Training Coordinator Kelly O’Toole said. “So ‘Super Goosers’ are our superheroes, and it’s a superhero-themed play. We asked all the participants what superhero they’d like to be or what superpower they’d like to have, and we wrote it around them, so it really is ‘Super Goosers.’ ”

Although all the plays involve comedic moments and equal opportunities for all participants to perform, the plot of “Super Goosers” revolves around superheroes from different heroic universes.

“I think this one is really funny, but it has great sweet moments,” Anton said. “They all have that, but there’s some pretty good funny gems in this one. I mean, usually all the plays are incredible, so I think mainly the theme will differ.”

In an effort to share their enthusiasm with the audience, participants started the show with a dance party, showing off their best moves.

“Everyone’s face when they come out on stage the first night and the lights hit, and the audience claps is just amazing,” O’Toole said. “They all come out and dance and it’s just perfect.”

Despite having a script, many participants enjoy making their lines and the show their own, often improvising based on what they feel will add the most to a scene.

Working on the play elicits a feeling of appreciation and pride for everyone involved, creating a bittersweet mood on performance days.

“I think just seeing everyone be super excited about their roles and really coming into character and love their costumes and just get really into it is super fun,” Anton said. “We get to spend a lot of time with everyone before the play’s put on. I think those have been some of my favorite moments, when we all just get those last moments to spend time together before we put on the show. Then, we’re pretty much done for the semester.”

The relationships formed in GUSR are full of compassion and kindness, which makes working on the plays extremely beneficial for GU students.

“My favorite part is definitely the people,” O’Toole said. “Getting to know the participants has been such a blast. The community is unlike any other.”

Participants in GUSR cherish their weekly practices and use the time to express themselves freely.

“This really becomes another family for them, and they’ll tell you that too,” O’Toole said. “It’s awesome because they just come here and hang out with their friends, and it’s a safe space for them all to goof off and it’s just fun.”

“Super Goosers” reflected the GUSR sentiment of celebrating abilities and the superpowers within all members of the community.

This man perfoms very well and everyone is encouraged this man beucase this is disabled but he can do everything and try to hide your disability. I also know the man who is recently joining the https://www.rushmypapers.me/ center and this man is very talented but he is physically disabled, GOD gives him special powers if anything lost.

Gonzaga releases plan for return to campus for fall semester

A mini look into the history of Gonzaga University since 1887

Finding your place on campus: how to get involved at Gonzaga