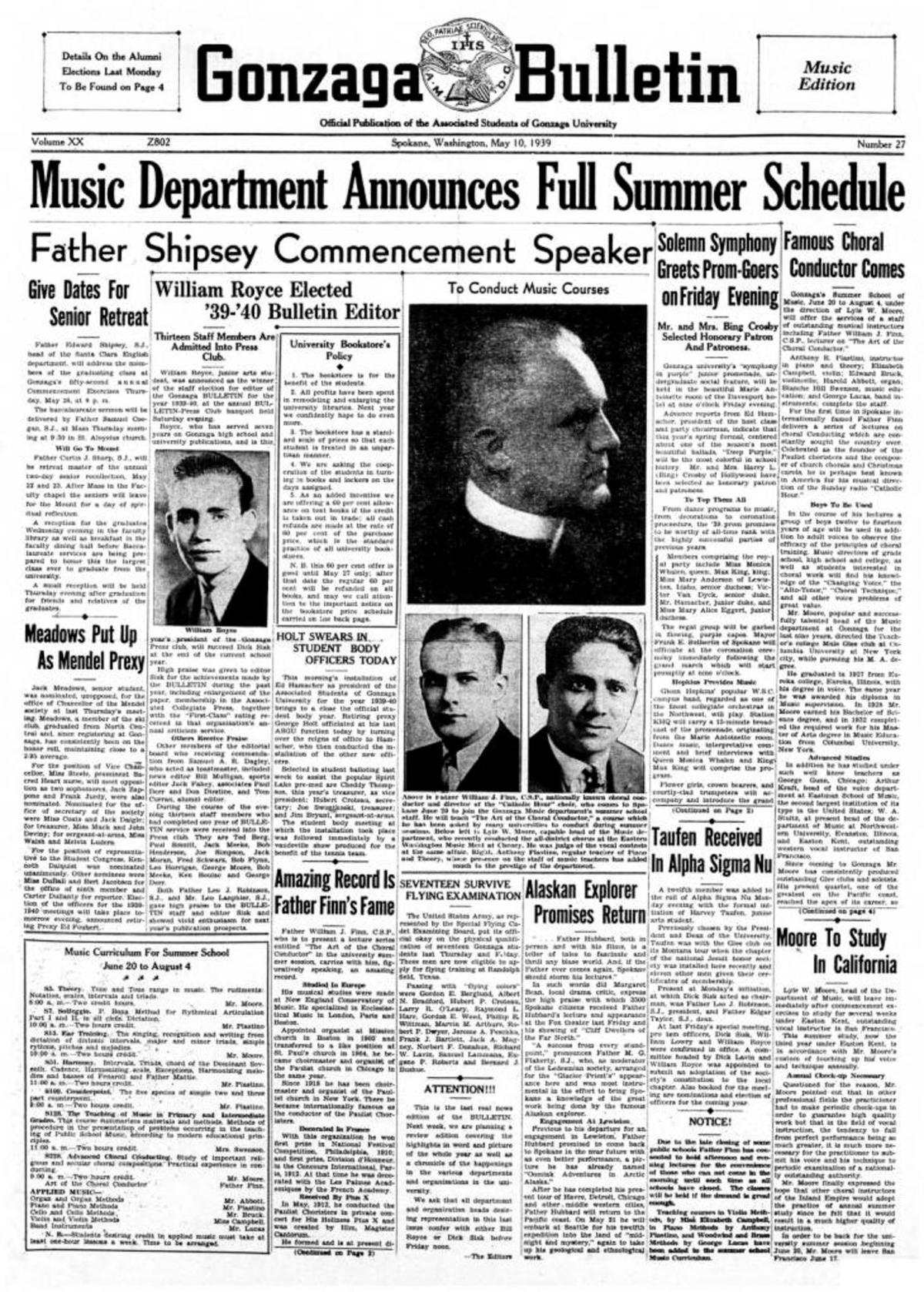 An issue of The Gonzaga Bulletin from 1939. 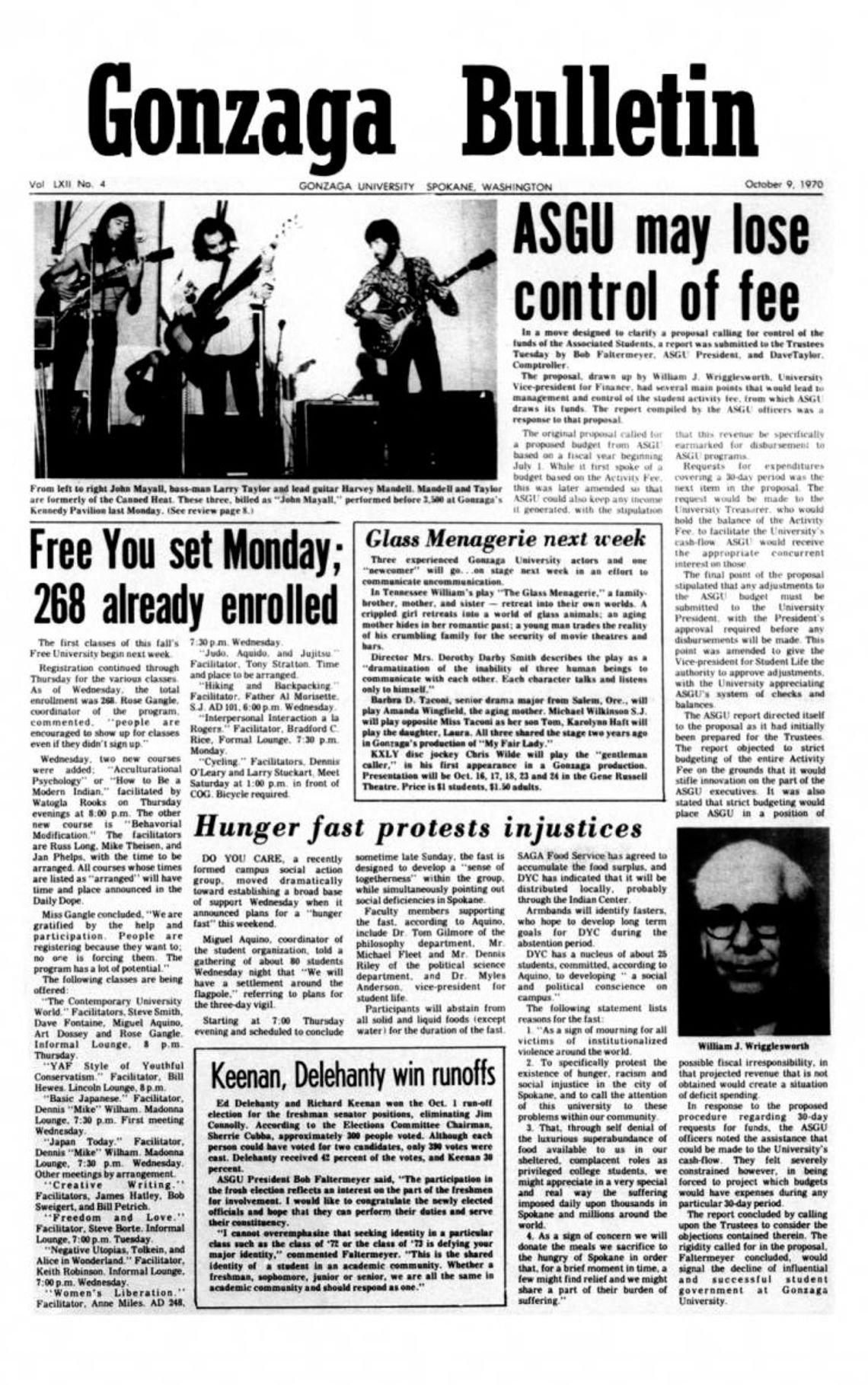 An issue of The Gonzaga Bulletin from 1970. 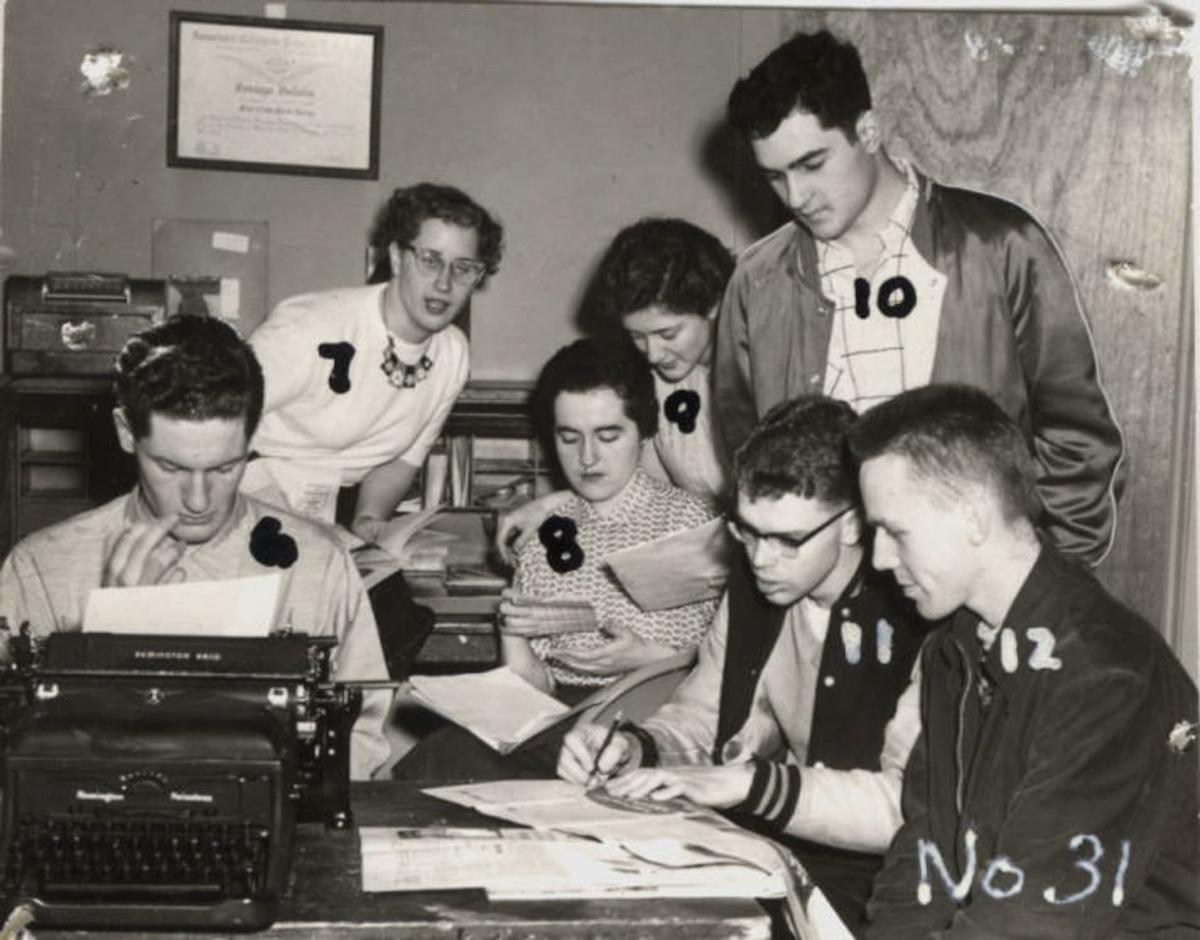 An issue of The Gonzaga Bulletin from 1939.

An issue of The Gonzaga Bulletin from 1970.

In 1920, the world was entering into an exciting decade that was promising in comparison to the 1910s. Women were allowed to vote in the United States for the first time, the first mass media outlets, such as the National Broadcasting Center, were released to the public and the Raggedy Anne doll made its debut.

When The Bulletin debuted, campus was only accepting male students, a common trend for universities in the early 20th century.

Stephanie Plowman is the special collections librarian at Foley Library, where she manages the university’s archives.

The archives include over 16,000 rare books — with some dating back to the 1400s — Bing Crosby memorabilia, manuscripts, letters from World War II and digital archives that can be found by anyone online.

In the archives are old student handbooks, a green beanie that all first-year students had to wear until their class won the freshman vs. sophomore games and Bulletins dating from the 1920s to 1995.

Plowman said people can see Bulletins up to 1983 and the digital staff is working to add to that all the time.

The first few years of The Bulletin haven’t been microfilmed yet, either because the condition of the paper it’s printed on or because GU does not have a copy of it.

“Those first five or six years we just have a scattering of a few of them,” Plowman said.

Foley has a department that is working on scanning papers from 1983 to today; it will also scan in Bulletins from before 1927 when they are donated to the library.

“When we get to 1995, we’re going to have to decide whether to archive or not,” Plowman said.

"When we microfilmed the Bulletin we were thinking about preservation," Plowman said. "It was only more recently with technology were we able to make digital scans of the microfilm and upload them to our digital archives so they were accessible to the public."

As technology evolved, The Bulletin created a website in the early 2000s, where articles are individually uploaded. This was in response to trends showing that people are more likely to read an article on their cellphone than to pick up a newspaper.

“Years ago, I worked with Bulletin editors to figure out how to get The Bulletin online,” Plowman said.

She worked with Ramona Baldwin, the editor-in-chief in the late ‘90s, on how to get the papers online and easily available to readers around the world.

Leah Sottile, who graduated from GU in 2003, wrote for The Bulletin from 2000-03 and worked as editor-in-chief for a semester as well.

After GU, Sottile became the music editor at The Inlander. From there, she was a freelance writer in Portland, where she resides, for The Washington Post, Rolling Stone Magazine and The New York Times.

When Sottile was a staff writer, the hot topic on campus was drinking.

“We wrote a lot about alcohol policies on campus,” Sottile said in an email. “I think that was a direct response to the strong drinking culture at Gonzaga and the equally punitive policies against students for participating in that culture.”

Another way to see what campus culture was like in the past is to look at the advertisements that are featured in the paper. In early editions of The Bulletin, cigarette ads were common, something that would be shocking to see in a university newspaper today.

A story Sottile wrote as a student was when anthrax, a rare and serious bacteria, was getting mailed to post offices around the country.

“There were rumors of an anthrax scare on campus,” Sottile said. “I remember posting up outside the mailroom in Crosby until the staff there would talk about what happened.”

Joseph Thompson worked for The Bulletin from 2016-19. Thompson served as editor-in-chief for a semester and is now a reporter for the Everett Herald.

Thompson wrote stories covering the hot topic issues on campus, most notably when the Knights were suspended for on-campus drinking and hazing.

“A lot of people I knew and some I didn’t took offense to our coverage, which honestly made me prouder of it,” Thompson said in an email.

In the 1940s, universities around the country were finding it difficult to fill seats in their classrooms due to World War II.

“We added three naval programs to help keep us going like a lot of universities did at the time,” Plowman said.

The Bulletin also covered when women were first allowed to enroll in 1948. In Volume 33 No. 1, an article  titled “Gonzaga’s first co-ed thinks women should organize” was included.

In the ‘30s, the talk on campus was a petition going around to change GU’s mascot from the Bulldogs to the Emperors. While this change was never enacted, it’s known that Bing Crosby was a strong supporter of the name change.

For a century now, The Bulletin has been reporting campus-based news through the eyes of the people who are living it: the students. Times have changed, but the core values of spreading truth haven’t shifted in over 100 years.