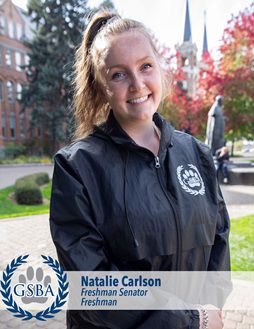 Natalie Carlson, one of this year's freshman senators, has been elected as one of next year's Sophomore senators at Gonzaga. 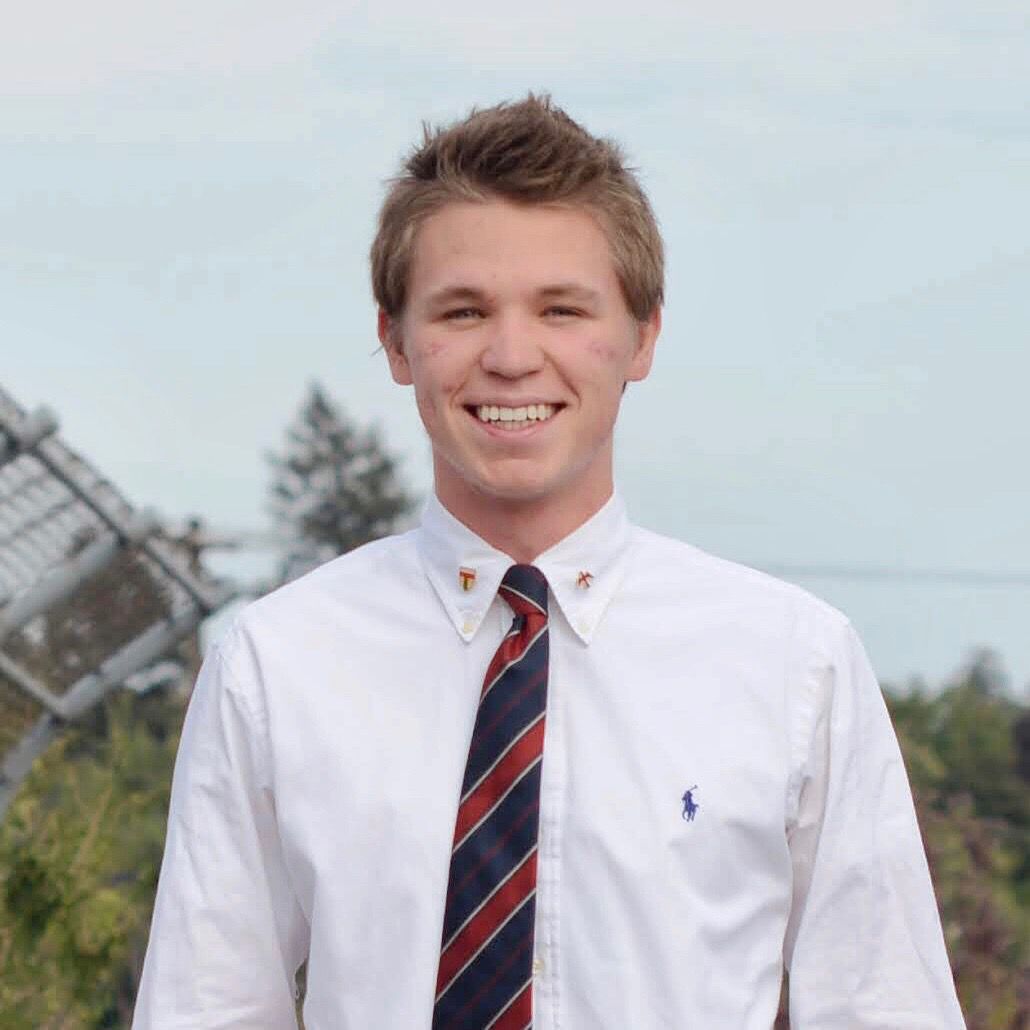 Ethan Fuller has been elected one of Gonzaga's senators for the College of Arts and Sciences for the 2020-21 academic year. 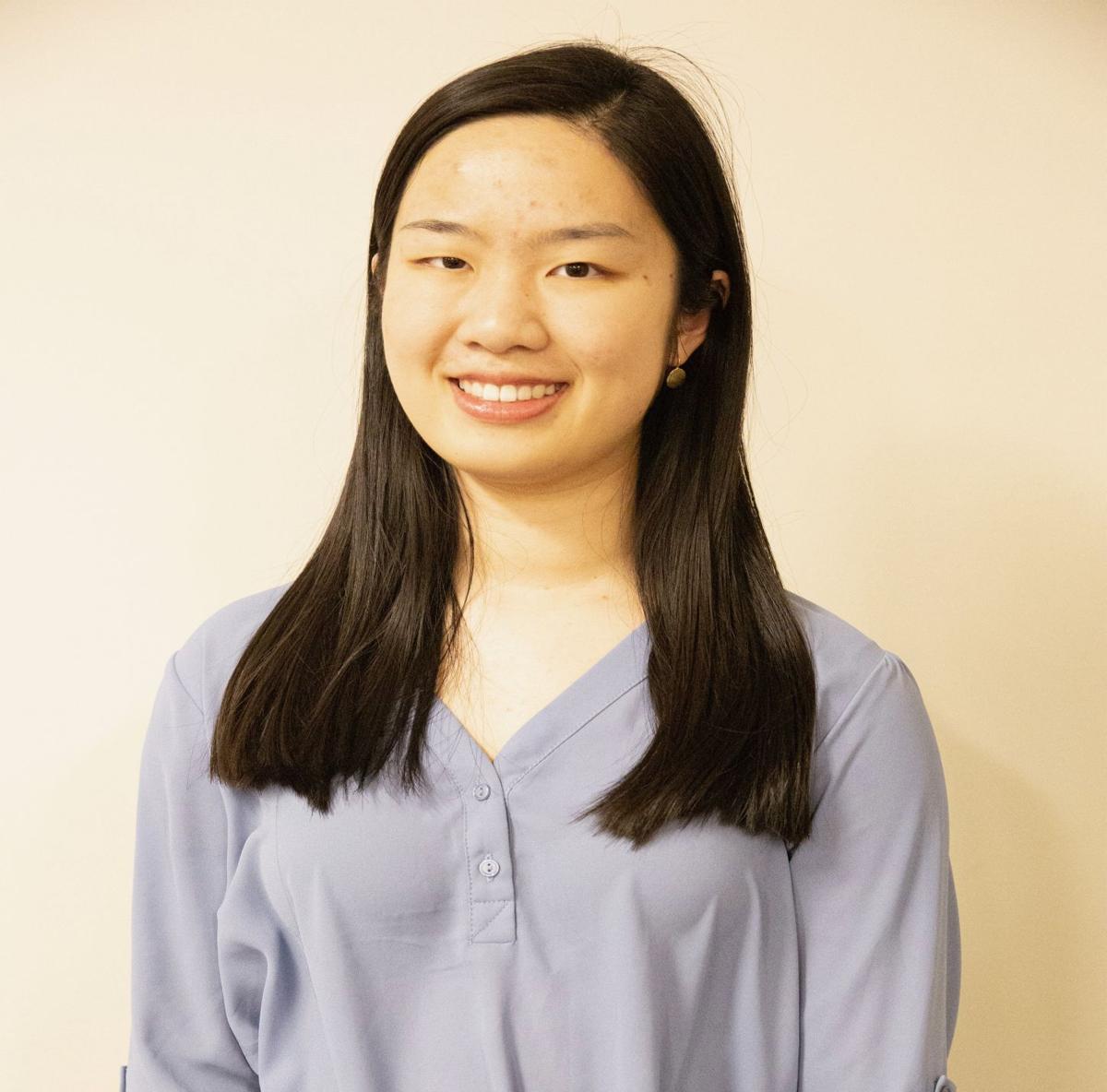 Rachel Huang is the newly elected senator for Gonzaga's School of Engineering and Applied Science for the 2020-21 academic year.

Natalie Carlson, one of this year's freshman senators, has been elected as one of next year's Sophomore senators at Gonzaga.

Ethan Fuller has been elected one of Gonzaga's senators for the College of Arts and Sciences for the 2020-21 academic year.

Rachel Huang is the newly elected senator for Gonzaga's School of Engineering and Applied Science for the 2020-21 academic year.

As a class senator this past year, Natalie Carlson, a first-year nursing major, has learned a lot about GSBA and GU and is looking forward to implementing her knowledge and experience another time around.

“This year, I have created and co-sponsored bills that have made their way onto the senate floor,” she said. “These bills addressed changes to the GSBA by-laws which contributes to the well-being of the program as a whole.”

She said it was a bit intimidating stepping into a GSBA role in her first month of being on GU’s campus.

Though it took a while for her to become familiar with the position, she feels ready to speak up more in senate and committee meetings, connect GSBA events with the greater student body and fulfill GSBA’s mission statement, next year.

As for her special GU moments, she said that orientation weekend, attending basketball games and volunteering with Gonzaga University Specialized Recreation (GUSR) have been memorable.

“Attending the basketball games was something that I had been looking forward to since I toured campus, so finally being in The Kennel for the season was so fun,” Carlson said. “I especially enjoyed attending senior night and being surrounded by so much energy after a night of tenting.”

First-year Kathleen Sheehan will join Carlson as the second sophomore senator in the next academic year.

Sheehan is a political science and economics major who in her first year at GU, has participated in co-curricular activities such as the pre-orientation program Rising in Solidarity and Engagement (RISE) and the Center for Community Engagement program SMILE, which have been some of her favorite experiences at GU thus far.

She said she ran for the position of sophomore senator because of how much she enjoyed her previous experience as freshman senator this past year.

“I am really excited to have this role because I think this year, as the freshman senator I was just getting adjusted and learning the layout of GSBA, so now I feel much more comfortable from the start,” Sheehan said. “I love being in positions of leadership and getting to advocate for my fellow students.”

Ethan Fuller, senator for the College of Arts and Sciences

Ethan Fuller, a sophomore biology major, was one of two senators for the College of Arts and Sciences this past year and he will continue in that position next year.

“In this position, we influence meetings with academic deans and focus directly on issues pertaining to our college,” he said. “It is about hearing the perspectives of a lot more students and getting their feedback.”

“As to why I initially ran for this position, I was freshman representative during my freshman year and with that position, I found that I was missing the legislative side of things,” Fuller said. “While you do make a difference on the executive side, in senate there is a lot more opportunity to be a part of bigger change and have a long-term impact on the students.”

As for next year, one of the things he plans on doing is sending out an advising registration survey to students.

“Sometime before registration in the fall, we’ll put out a survey that asks people about how they think their advisors have been doing in the role and if students think their advisors are fulfilling the role they should be,” he said. “Advisers should also be helping other aspects of your education.”

Fuller said he and the other elected senator will also look at ways to assist professors in getting more oriented with technology.

He is excited to see what him and the rest of the academic senators can do to ease students back into school after having to transition to online learning due to the coronavirus.

“We will see what new opportunities that brings out,” he said.

Rachel Huang, a first year mechanical engineering student, is the newly elected senator for the School of Engineering and Applied Science. She hopes to bring the experiences of women in engineering to the forefront.

“Throughout freshman year, a lot of my friends have been struggling in the field working with other peers that are male or with professors," Huang said. "That is something that I’m trying to address and represent in this role."

She said she also hopes to push for more hands-on activities that engineering students can do on campus and promote the clubs and resources that host those experiences so it can be more accessible to students.

“It will be exciting to get to know more engineering students and learn how to support them,” Huang said. “And within GSBA, get to know many other people with different majors. I look forward to finding a new community for myself.”

Huang said working at University Advancement this past year gave her increased communication skills and a knowledge about GU which she will utilize in her GSBA position.

“Throughout my first semester, I realized that the School of Engineering and Applied Science needed more communication,” she said. “Because we’re so busy, there is not enough communication between the students and administration in general.”

Huang said the fact that no one else ran for the engineering senator position reaffirmed her belief that no one was eager to take on that position. She wants to show other students the necessity and importance of this position.

A special election will be held the week of April 20 to fill the vacant positions within the senate and legislative body for the 2020-2021 academic year. Filing forms can be found Zagtivities under "GSBA" and filing will close April 17 at noon.

The campaigning and voting period for qualified candidates will be begin April 20 and end April 24 at noon.

The following senate positions are available:

For more information about position details, students may contact the GSBA Elections Commissioners at gsba-elections@zagmail.gonzaga.edu.

Melina Benjamin is a news editor.

Gonzaga president announces plan to return to campus in the fall

Gonzaga president addresses the presence of police on campus