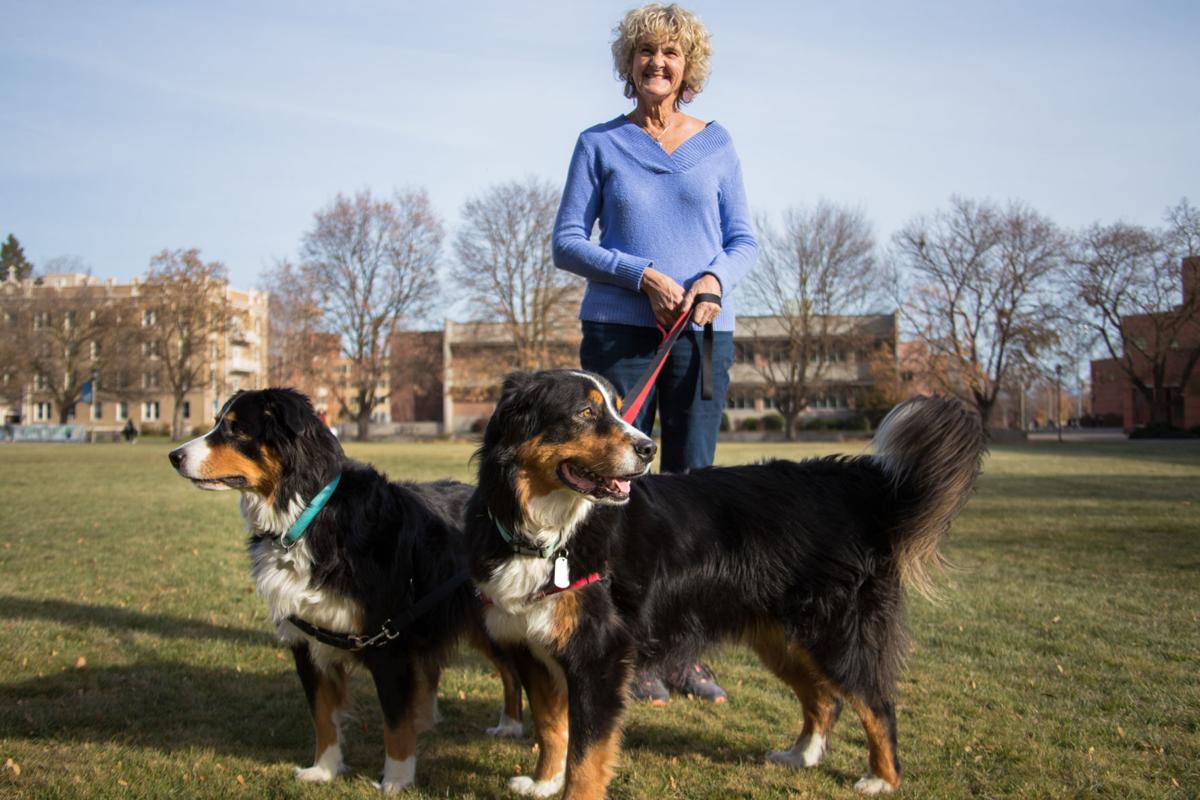 Sherry Wood, laboratory specialist in the biology department, brings in her dogs five days a week to Gonzaga University. 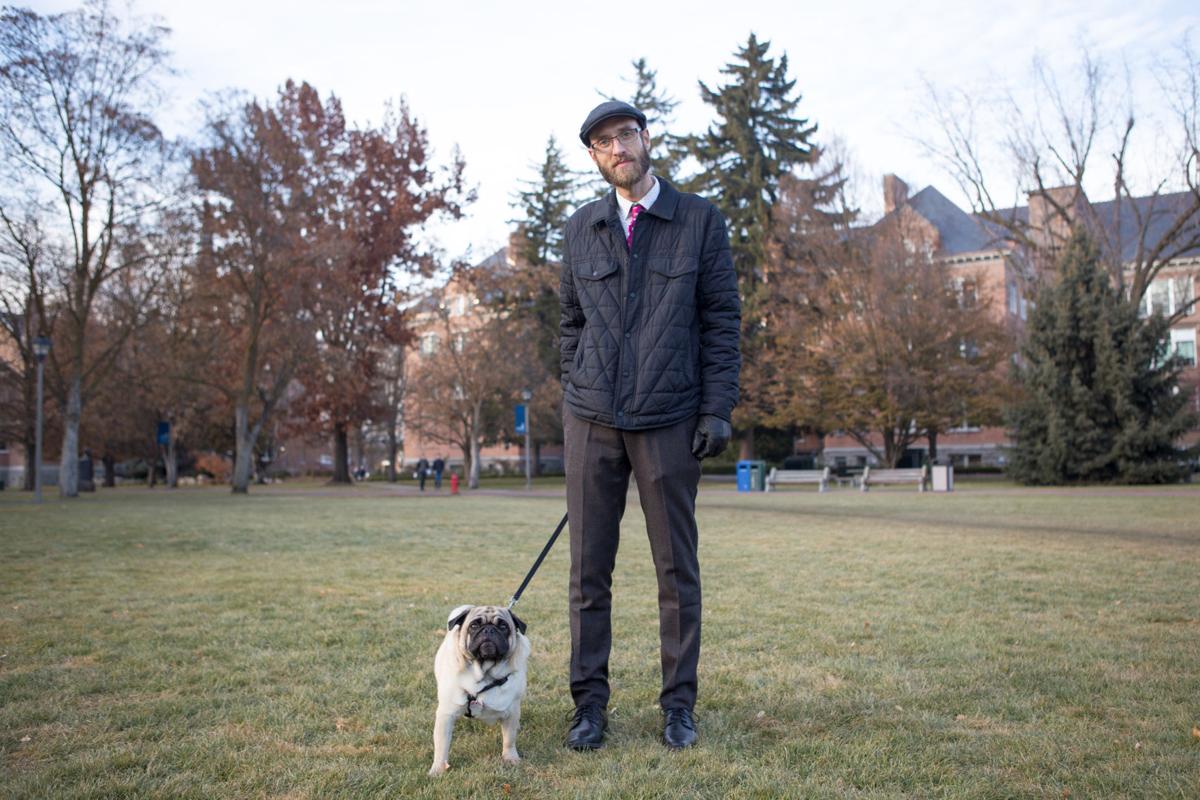 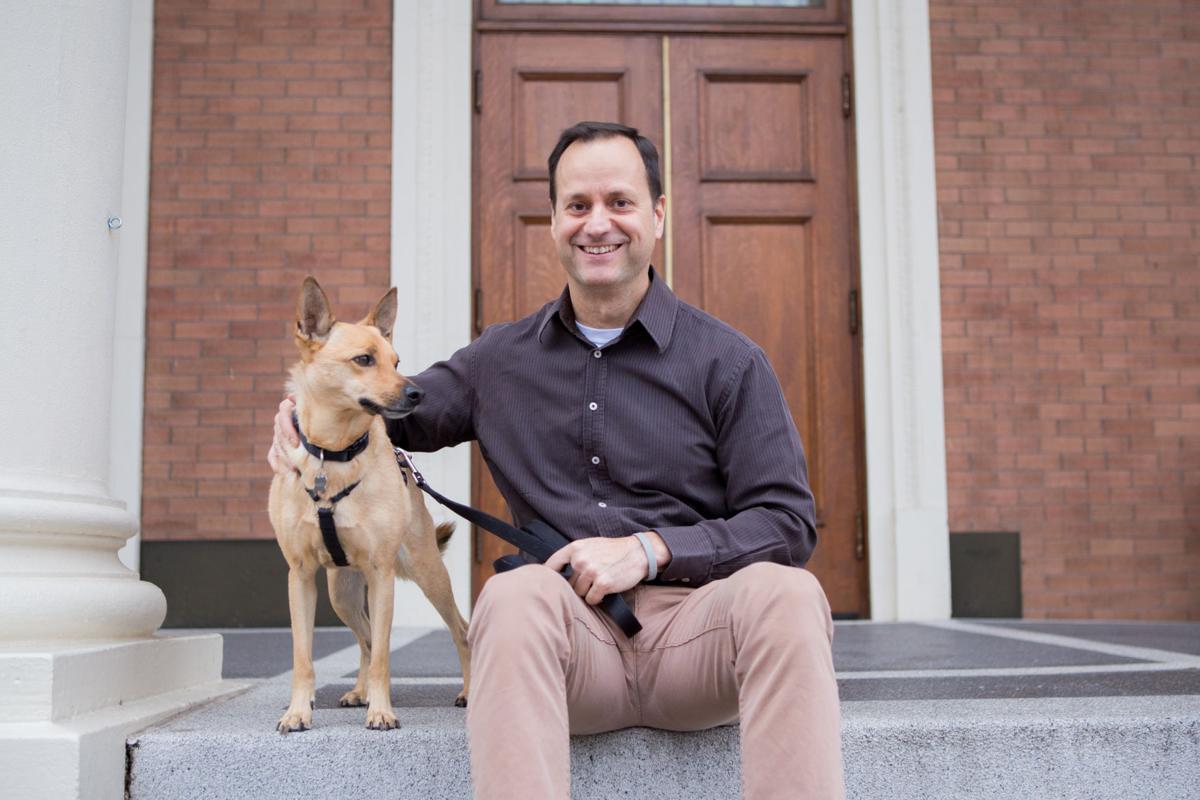 Sherry Wood, laboratory specialist in the biology department, brings in her dogs five days a week to Gonzaga University.

How do Gonzaga University professors manage keeping their students happy and engaged? For some, all it takes is a dog and a class willing to welcome them.

GU has always been a dog-friendly campus, with copious numbers of man’s best friends meandering around the school accepting any free head pats along the way.

But students aren’t the only ones bringing their pups around. A fair number of professors are bringing theirs too — even into the classroom. Some even use the four-legged friends as teaching aids.

Ted Di Maria, professor of philosophy, brings his dog Manny, named after philosopher Immanuel Kant, for his class discussion on the distinctiveness between humans and animals and what distinguishes people from animals.

“[Manny] is somebody that I refer to when I have a discussion so it gives them the concrete image in their mind when it comes up,” Di Maria said.

Manny is a fox-looking dog that typically comes twice a semester. Despite what many may think about the dog potentially being a distraction, Di Maria disagrees and instead feels that Manny has been helpful in getting his classes’ attention.

“During the course of your average class, students’ minds wander and it’s actually a way to get them to focus again, to have him do some cute little thing to get them to pay attention again and back on track,” Di Maria said.

This seems to be a common trend in the philosophy department. Lecturer Brent Diebel primarily teaches philosophy 101 and 201, and uses his pugs, Fitz, Bingley and Dudley as he discusses philosphical concepts.

“I tended to use them as examples and students responded really positively to dog stories,” Diebel said.

Diebel’s “Pride and Prejudice” named pugs (except for Dudley, who came with the name) began visiting the students around 2010 typically during finals week, due to popular demand from students.

“If I collect papers for my philosophy 201 class, for the final, I have students bring their paper in and as I check them off and bring the dogs in so they can say hi to the examples from all semester,” Diebel said. “And if I give out a 101 exam, I’ll bring them in so the students can take the exam and they can pet them.”

The demand to pet the pups is evident as Diebel is stopped by numerous students and crowded by groups, as he walks around campus.

But the motivation for bringing the dogs to class stems beyond classroom purposes and extends to bettering the classroom environment for students and in theory, benefiting their mental health as well.

Sherry Wood, laboratory specialist in the biology department, brings in her dogs five days a week and has noticed how bringing them has benefited students health.

“It think it relaxes them,” Wood said. “Sometimes things are so tense, it reminds them of home.”

With the door to Wood’s office in Hughes always open, wandering eyes pass by just to get a glimpse of her 10-year-old companion Thunderbolt, who is half Bernese Mountain Dog, half Australian Shepherd.

All three professors agree with the same sentiment: dogs relax their students.

Diebel believes it benefits the class performance by releasing the anxieties in the room.

“During a 101 exam I had both of our older pugs there — they were younger at the time — and pugs are notoriously loud sleepers and both of the pugs start snoring simultaneously on my lap,” he said. “There was a moment in the classroom where everyone broke out and laughed and you could feel the tension break and diminish. It was a kind of comical moment and then all of sudden people went back to work and it was less tense than before.”

GU agrees with the sentiment of dogs relieving anxieties, which is why Foley Library brings therapy dogs onto campus during finals week. These dogs are trained and brought in by people who are trained to use them as therapy for an ample number of people.

“There’s a fair amount of research out there about people having animals around them engaging them, as long as they are not distracted by them,” said Jason Varnado, associate director of the Center for Student Academic Success.

Varnado’s only caution of dogs on campus is that pets must not interfere with service dogs ability to perform, or if a student has allergies.

“If a professor has a dog and a student can’t be in the classroom because of an allergy, then [the Center for Academic Success] could make an accommodation with that professor to bend the classroom policy and keep their dog out,” Varnado said. “I think all faculty would, they just need to be made aware.”

All the professors agreed that they would be quick to have the dog out of the classroom if there were any concerns of allergies or if a student was afraid of dogs, they just ask that students approach them.

“If it wouldn’t be something that is enjoyable to the students then it would defeat the purpose," Di Maria said. "I want to make sure that everybody is safe and comfortable.”

Having dogs in the classroom at GU is not a new concept.

Wood, who has worked at GU for 25 years, has seen the benefits of dogs on campus for a while. Her colleague, former dean of the College of Arts and Sciences, Robert Prusch, would bring his pet poodle, Angus, to the biology department as early as 1994.

“Angus was the precursor,” Woods said.

Overall, the dogs on campus have shown real benefit to students’ well being as well as their owners’.

“I know from personal experience when I’ve had a rough day I always look forward to seeing them,” Diebel said.

Mila Yoch is a news editor.

Eat what you like: Gonzaga Culinary Council gives students a say

Out to Lunch with Allies creates space for dialogue at Gonzaga