Skip to main content
You have permission to edit this article.
Edit
News
Sports
A&E
Opinion
e-Edition
About Us
Classifieds

Resolutions for 2022: Human connection, mental health and self-care
1 of 2 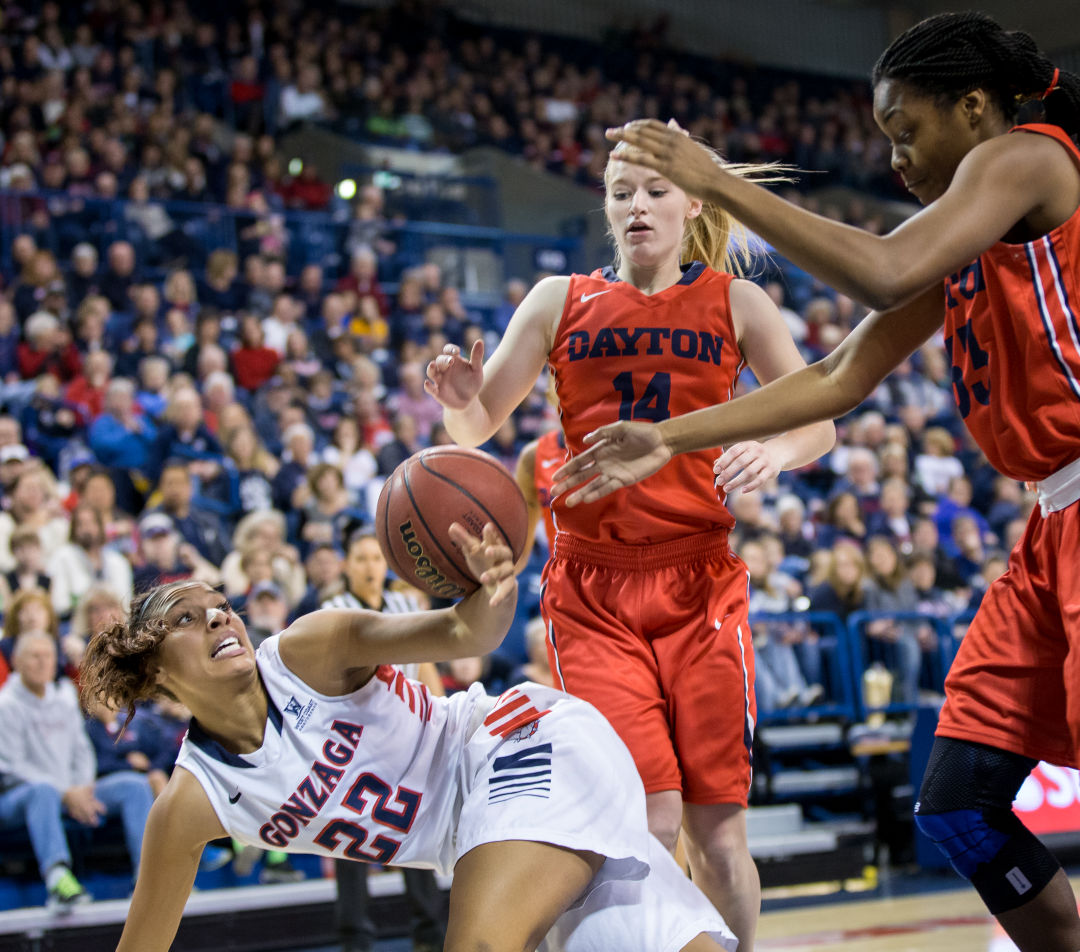 Shaniqua Nilles tries to pull down a rebound while losing balance in the first half of play against Dayton. The Zags trail the Flyers, 19-25, at half. 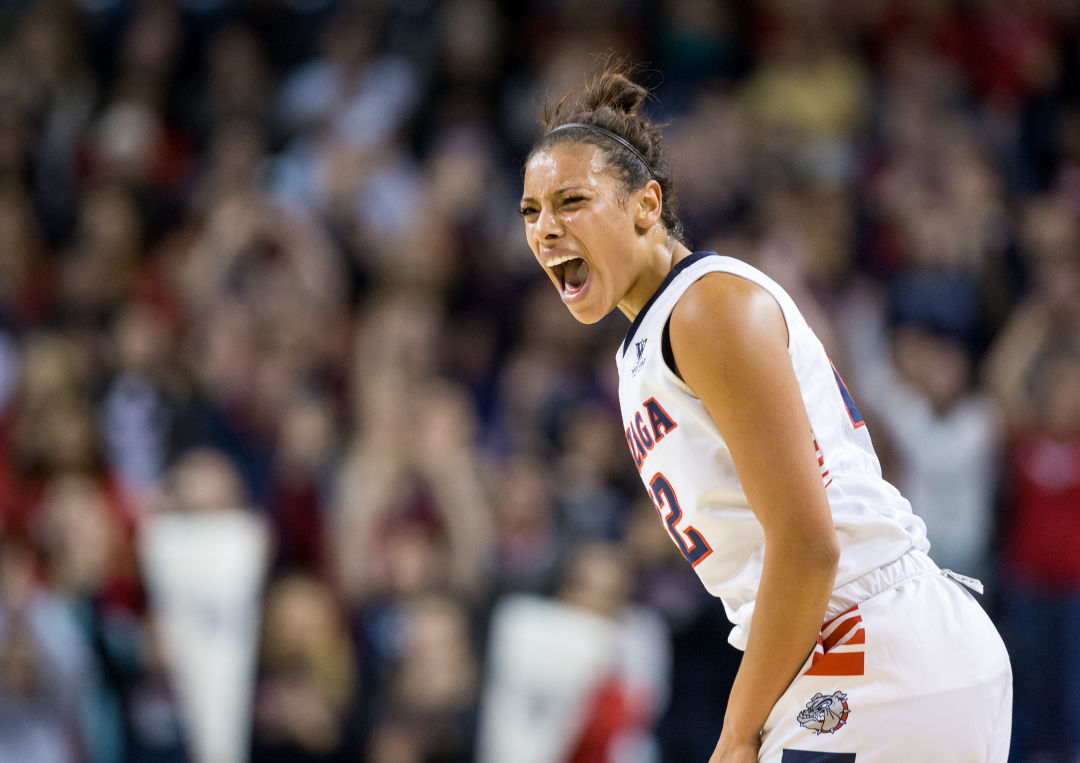 Shaniqua Nilles celebrates after hitting a 3-pointer in the second half against 22nd ranked Dayton. The Zags won, 75-65.

Shaniqua Nilles tries to pull down a rebound while losing balance in the first half of play against Dayton. The Zags trail the Flyers, 19-25, at half.

Shaniqua Nilles celebrates after hitting a 3-pointer in the second half against 22nd ranked Dayton. The Zags won, 75-65.

If the first series of a game could predict the outcome, Gonzaga women’s basketball fans would have been saved a lot of first half stress as the Bulldogs took on No. 22 Dayton.  The Zags won the tip, and immediately found center, Sunny Greinacher for a turn-around in the paint. They followed it up by forcing Dayton into a turnover, but after that, the picture perfect start got sloppy.

Despite the first half woes, the Bulldogs managed to upset Dayton, 67-56 and hand the Fliers their second loss in as many games. They also gave Lisa Fortier her first win as GU’s head coach.

Following Gonzaga’s flawless start, Dayton applied full court pressure and forced GU into nearly every mistake imaginable. The Zags took poor shots and rushed their passes on offense, and made mental mistakes on defense, fouling on 3-point attempts and missing defensive rotations. The Bulldogs had 12 first half turnovers and shot a dismal 21 percent from the field.

“This was the first real live game,” Fortier said. “Dayton came out ready to go… and I think our team got caught on our heels a little bit.”

Despite the struggles, the Bulldogs managed to keep themselves in striking distance. In a first half that often felt like a blowout, the Zags were only down 22-33 and the Gonzaga faithful remained loud, providing cheers for each flash of GU brilliance.

The second half was like a completely new game. GU came out with a fire that it lacked in the first half.  A Greinacher layin, Kiani Albanez 3 and two Shelby Cheslek free throws later and the Zags found themselves within seven. Suddenly they had rhythm, and the fans had hope.

“I just thought our team did a really great job second half, Fortier said.” We gutted it out. It wasn’t easy, we got ourselves in a bit of a hole, but we were able to suck it up and play together. “

As the shots began to fall, cheers got louder and the Zags fought harder.

With 17 minutes and 55 seconds left, Lindsay Sherbert, who finished with 18 points, hit a 3 to cut the Dayton lead to five and the crowd couldn’t contain itself. Then, Albanez hit another triple to get her team within two and the Kennel went berserk. A Cheslek put back, and a Greinacher jumper finally gave the Zags the lead and the cheers became absolutely deafening. From there, the Bulldogs had it.

The momentum had completely shifted and GU looked poised and confident.

With just over five and a half minutes to play, a Sherbert 3 from the top of the key gave GU its first double-digit lead, 64-54.

While the shots ignited the cheers, GU’s defense made scoring possible.

“Obviously when you are making shots, it is easier to be positive and energized,” said Albanez, who had 14 points. “But, we knew that we had to get our defense going to get things going on offense. “

While they never completely pulled away from the Fliers, the Bulldogs remained in complete control, and as the final seconds ticked away, the fans erupted into chants of “This is our house.”

Next up, with a win under their belts, the Zags will take on Idaho State, Tuesday at the McCarthey Center.