Skip to main content
You have permission to edit this article.
Edit
News
Sports
A&E
Opinion
e-Edition
About Us
Classifieds
1 of 5 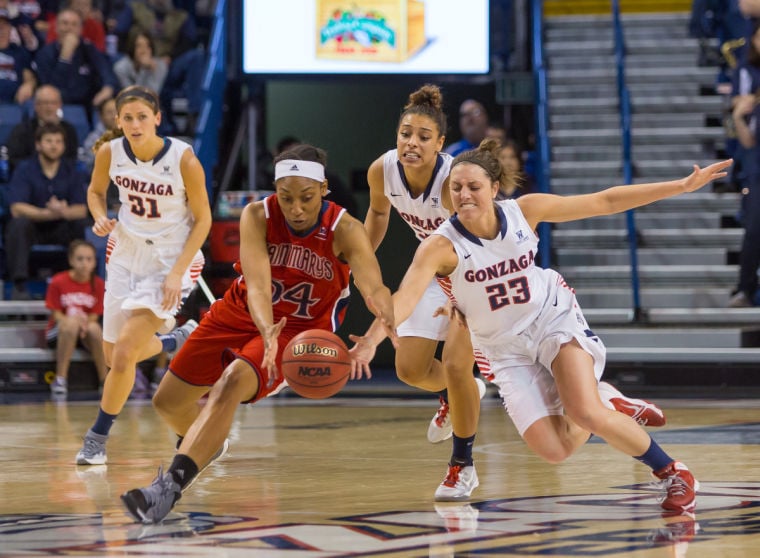 Kiara Kudron (23) and Danielle Mauldin (54) fight for a lose ball. Kudron finished with six points, and Mauldin finished with 20, the Zags won 75-65. 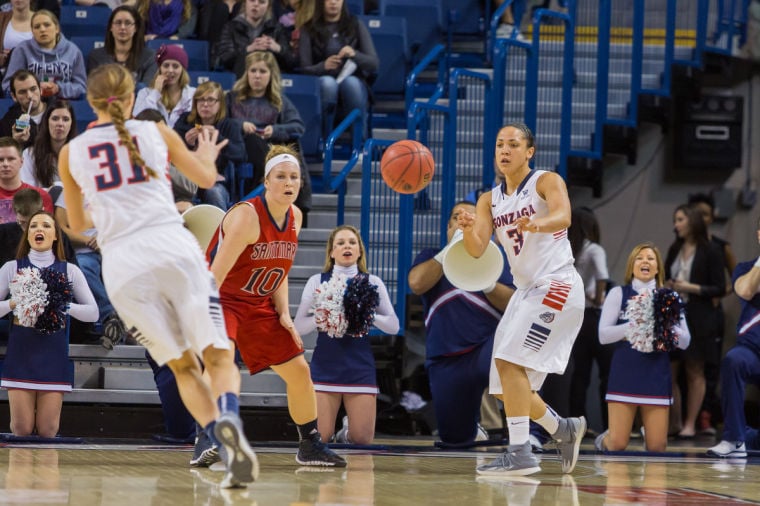 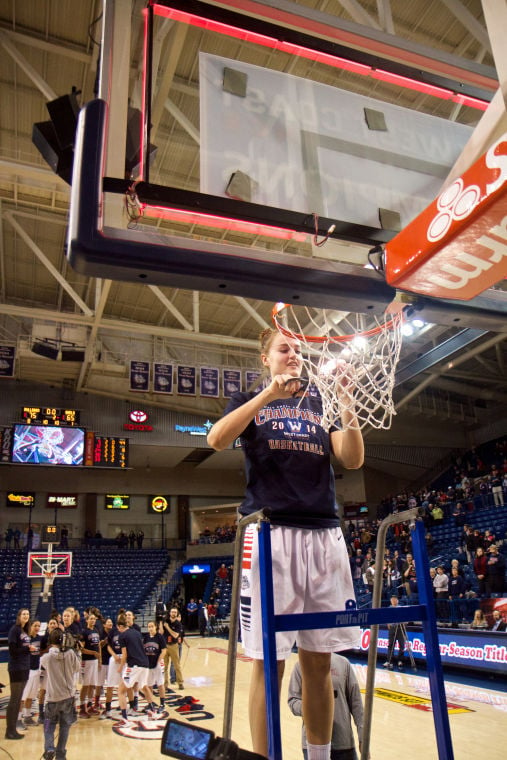 Shelby Cheslek cuts part of the net after winning the WCC Championship game on Thursday. 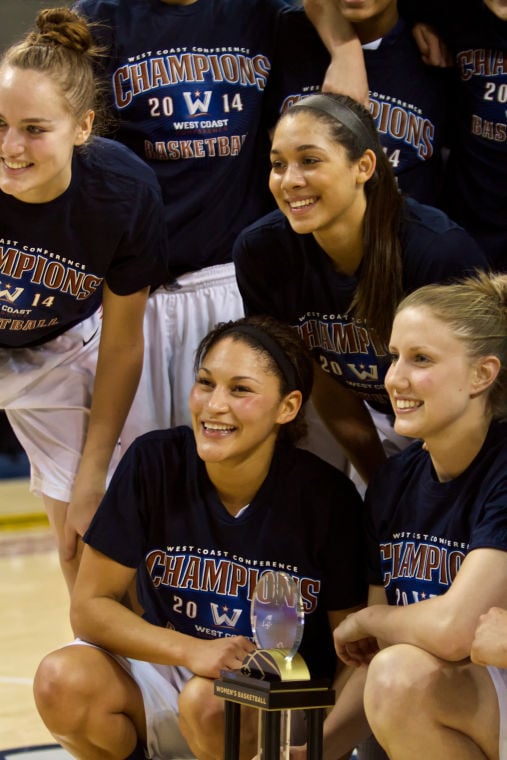 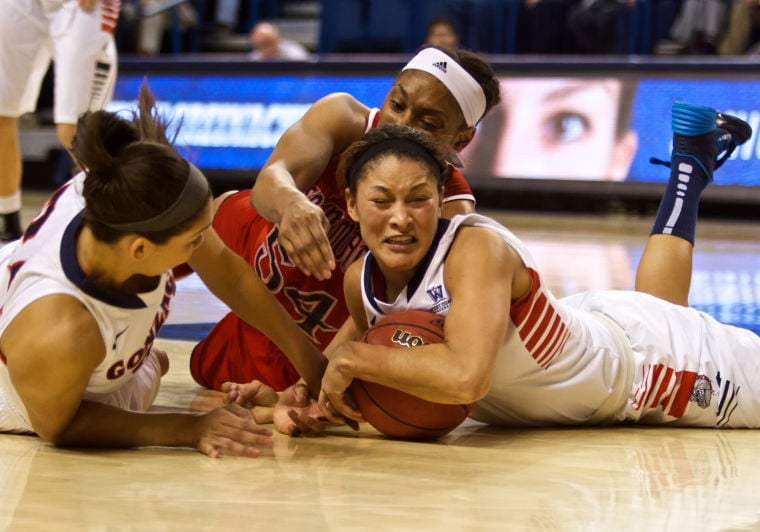 Jazmine Redmon fights to maintain control of the ball in the second half. St.

Kiara Kudron (23) and Danielle Mauldin (54) fight for a lose ball. Kudron finished with six points, and Mauldin finished with 20, the Zags won 75-65.

Shelby Cheslek cuts part of the net after winning the WCC Championship game on Thursday.

Jazmine Redmon fights to maintain control of the ball in the second half. St.

Under the guidance of head coach Kelly Graves, the women’s basketball team has established a dynasty in the West Coast Conference.

“It never gets old, it’s never easy and it’s always really rewarding,” Graves said. “This team really deserved it we fought for it tonight.”

The level of play in the WCC conference has grown increasingly competitive in the past four years, and the Gaels didn’t give the Bulldogs an easy championship win.

Less than eight minutes left in the first half Gonzaga was down 18-17 until junior guard Lindsay Sherbert instigated a 10-0 run with a long-ball that finally put the Bulldogs in the lead.  From there they continued to widen the gap against the Gaels.  Senior and junior guards Haiden Palmer and Keani Albanez added points, ending the first half with a six-point lead over Saint Mary’s and outshooting them at 45 percent.

Both teams came out fighting in the second half that began with a scoreless first two minutes. Finally, senior guard Jazmine Redmon shot five points in 30 seconds to give the Bulldogs a 40-39 lead.  They continued to dominate until the final 10 minutes when the Gaels began to cut the lead, 57-48.

The Bulldogs contested offensively, and a 3-pointer from Albanez helped them gain back momentum.

“We were able to get some good run-outs the second half,” Graves said, “I thought that’s what really did it, ultimately.”

“They’re difficult to stop,” said Graves, “I thought relatively speaking we did a great job defensively, we held them almost 15 points below their average tonight.”

When the final whistle blew Palmer led the Bulldogs with 19 points while Albanez added 14 and Shaniqua Nilles had 10.

The Bulldogs say goodbye to Palmer, Redmon, and Stephanie Golden at the final home game of the season on Saturday, at 2 p.m. against the University of the Pacific.

Although the now No. 1 seed in the WCC league tournament, the Bulldogs face a challenging road to the tournament title.  They hope to add to their four recent WCC tournament championships. Tournament play will begin in Las Vegas on Thursday as the Bulldogs defend their Top 25 ranking and WCC title.

“We’ve played everyone, everyone knows how we run things they know our defenses,” Albanez said. “It’s just about playing the game of basketball.”

Women's tennis embraces a new chapter heading into the spring

NFL Wild Card Playoffs Preview: What to expect from this weekend

From guard play to Drew Timme, here are takeaways from the BYU game