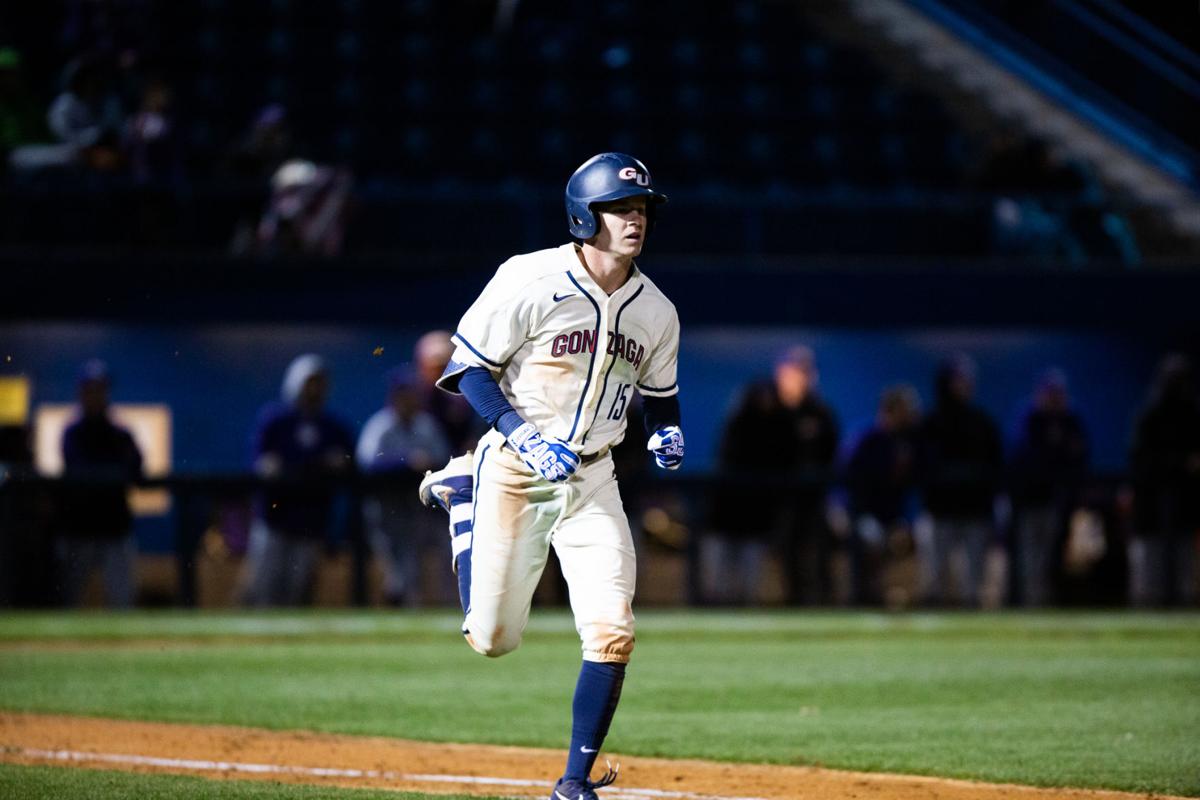 Redshirt junior Ernie Yake runs to first base in Gonzaga's home opener last season against the University of Washington Huskies. 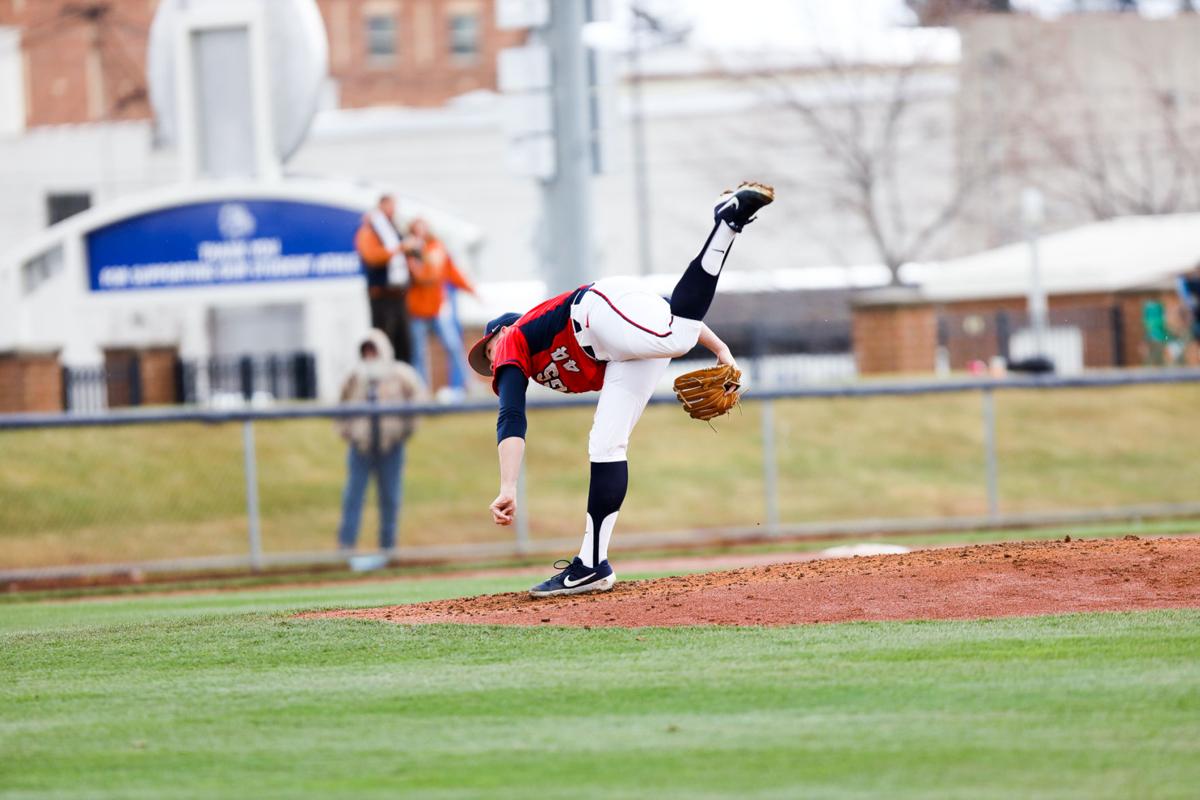 Redshirt junior Ernie Yake runs to first base in Gonzaga's home opener last season against the University of Washington Huskies.

For Gonzaga baseball, being favored to win the West Coast Conference for the second year in a row means nothing and everything at the same time.

For one, it’s a preseason ranking — a dubious barometer for a monthslong season where anything and everything can happen. Last year, the Zags were picked to finish first, but Saint Mary's won the conference.

On the other hand, it’s a sign of respect for a program that has continued to reside in the conference’s upper tier since winning its first WCC Tournament in 2016.

“I feel like we're finally getting the recognition we deserve,” senior pitcher Mac Lardner said. “You look at the end of each season, we're right there, near the top.”

Beyond that, it’s a mark of a program ready to move on from conference power to consistently making NCAA Tournament Super Regionals. GU has crept closer to breaking through in the NCAA Tournament each year since its first bid in 2016. With one of its most experienced and deepest rosters in recent memory, shooting for a national championship is no longer far-fetched.

“In the last 10 years, we're trying to continue to go and win, you know, win big,” said head coach Mark Machtolf, who is entering his 17th year at the helm. "We continue to get better. ... I definitely think that, each year, we're knocking on the door and getting a little bit closer to not just getting to Omaha, but winning it. And that's why you play.”

But conference rivals are still at the Bulldogs’ heels, and the Zags haven’t forgotten. Saint Mary’s, BYU and Loyola Marymount are all returning key players from teams that finished one or two games behind GU in last year’s regular season standings.

“If you just look at the history of our league in the past 10 years, there's not much difference between No. 1 and No. 6,” Machtolf said. “It’s always a dogfight.”

Outside of WCC play, a tough nonconference schedule this year for the Zags includes 15 games against NCAA Tournament teams from last season. Among those resume-boosting opportunities, GU will face 2019 College World Series participant University of Arkansas four times, Oregon State twice more and University of California Berkeley in a three-game series at home.

For Machtolf, it all goes back to the primary goal: Omaha, Nebraska, the annual site of the College World Series. More quality wins means a better resume should the Zags falter in the conference tournament.

“Our goal every year is to play as competitive of a schedule as we can that will put us in the best position to win the WCC, advance to the NCAA Tournament and, ultimately, make it to Omaha,” he said. “We feel this nonconference schedule accomplishes that goal on paper. Our players will have the opportunity to play in some big-time venues and atmospheres throughout the season.”

In the Zags’ first four games of the season in Surprise, Arizona, they went 2-2, falling to BYU, splitting two games with No. 25 Oregon State and defeating New Mexico. Four upper-quadrant RPI wins might be a solid boost for a hopeful NCAA Tournament bid, but that’s not the only motive for this squad.

“A lot of teams pick easy nonconference schedules just so they can get some wins and get their confidence up,” said Yake, a two-time All-WCC pick and one of the nation’s most efficient shortstops statistically. “I think one thing that our coaches do well is they make a tough schedule and give us that adversity right off the bat, so we know how to deal with it later on in the playoffs.”

This weekend, the Zags head to Fayetteville, Arkansas, to face No. 7 Arkansas in a four-game series. GU has won its last four meetings with the Razorbacks, but hasn’t played them since 2016.

“In a perfect world, you have just high school kids because you get them for three or four years and you're able to mold them a little, you have more time,” Machtolf said. “For JC kids, it’s one, maybe two years.

“But throughout the history of our programs, we’ve had so many good JC players that I think it'd be foolish to get totally away from that.”

“I think [GU] attracts people like that just because of the culture that's built here, and just how we're coached and taught to take pride in being selfless,” he said. “It gives us really good opportunities to be proud of our JuCo background, come out here and let us show what we can do on the field as team players.”

With help from Lardner and preseason All-WCC pick Jacob, the Bulldogs’ starting pitching is a proven commodity on almost any given night. Machtolf said the bullpen this season is among the deepest he’s had.

Last year, Jacob held opposing hitters to a .200 batting average and was named a preseason All-American by Perfect Game before the season. Lardner managed a 2.95 ERA in over 100 innings pitched last year.

“It's big time for us knowing that we don't have to rely on those two or three bullpen guys,” said redshirt junior pitcher Keaton Kneuppel. “We have a whole staff this year that can come in and win a ballgame.”

In Surprise, the Zags’ starters did their best to show that wasn’t just talk. In his first start of the year against BYU, Lardner held the Cougars scoreless while striking out nine batters in six innings. Jacob followed it up by keeping the nationally ranked Oregon State bats quiet for the Zags’ first win 10-4. Two days later, freshman Gabriel Hughes held New Mexico scoreless in six innings in his first career start.

Pitching isn’t the only part of the team bolstered from last year. Batting has increased its depth as well, even with the loss of last year’s leading hitter Troy Johnston, who was selected in the 17th round of the 2019 MLB First Year Player Draft.

“I think we have, like, a lot of returners from last year that played a big role in our success,” Yake said. “The new guys coming in will just add to that.”

Yake himself will likely hope to emulate the same hitting success he had last year, when he struck out only 13 times and batted at a .302 average.

“[Yake] is stronger, and every year, he gets more mature,” Machtolf said. “And he's always had a good feel for the strike zone.

“I feel like he's poised to have a good year. He can use the whole field and has his breaking ball, and he handles velocity. He doesn't have a lot of holes, which is why he hits for average.”

Harris, Yake and Morrison headline a trio of balanced sluggers that will be expected to deliver consistency. The hitting lineup showed glimpses of that in the 10-4 win over Oregon State in Surprise last Saturday.

“Honestly, this weekend [in Surprise] we hit a lot of balls really well,” said Sullivan, whose three-run homer and four hits lifted the Zags in that game. “On a scoreboard and stats-wise, if you look at all that stuff, we didn't have a great weekend hitting, but I think that we did a lot better off paper. … It really shows that we’re going to have an explosive lineup this year."

It’s not necessarily only the things that show up in the box score that matter for the Bulldogs this year. Machtolf and his players said this team is also the most close-knit they’ve seen in years, so much so that it caught Machtolf by surprise.

“There's an old adage that good leaders lead good leaders, and that is holding true for us,” Machtolf said. “In the beginning of the fall, I was worried. Then, towards the end of the fall I did a 180, thinking, ‘OK, this team has a chance to be pretty good physically, but I think the intangibles are there, they work hard and they get along pretty well.’”

If you ask the Zags, those intangibles can mean significantly more in the college game than one might expect.

“Chemistry in baseball, it's crazy how far it takes you,” Sullivan said. “Just because you can be the most talented team, but if you don't play well together, you're not going to go very far.”

Basketball: Ayayi and Kispert to return to Spokane next season