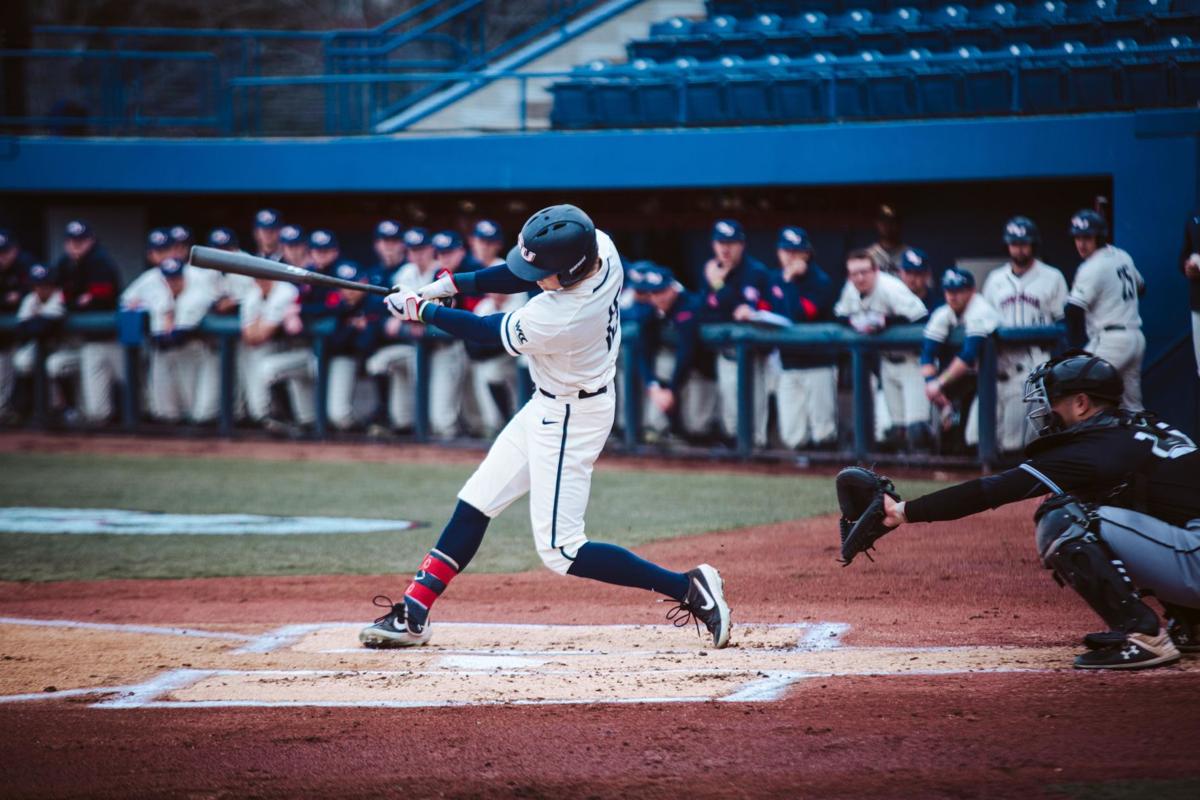 Redshirt junior infielder Ernie Yake went 1 for 3 in the Bulldogs' 4-3 loss against the CSUN Matadors on Friday. 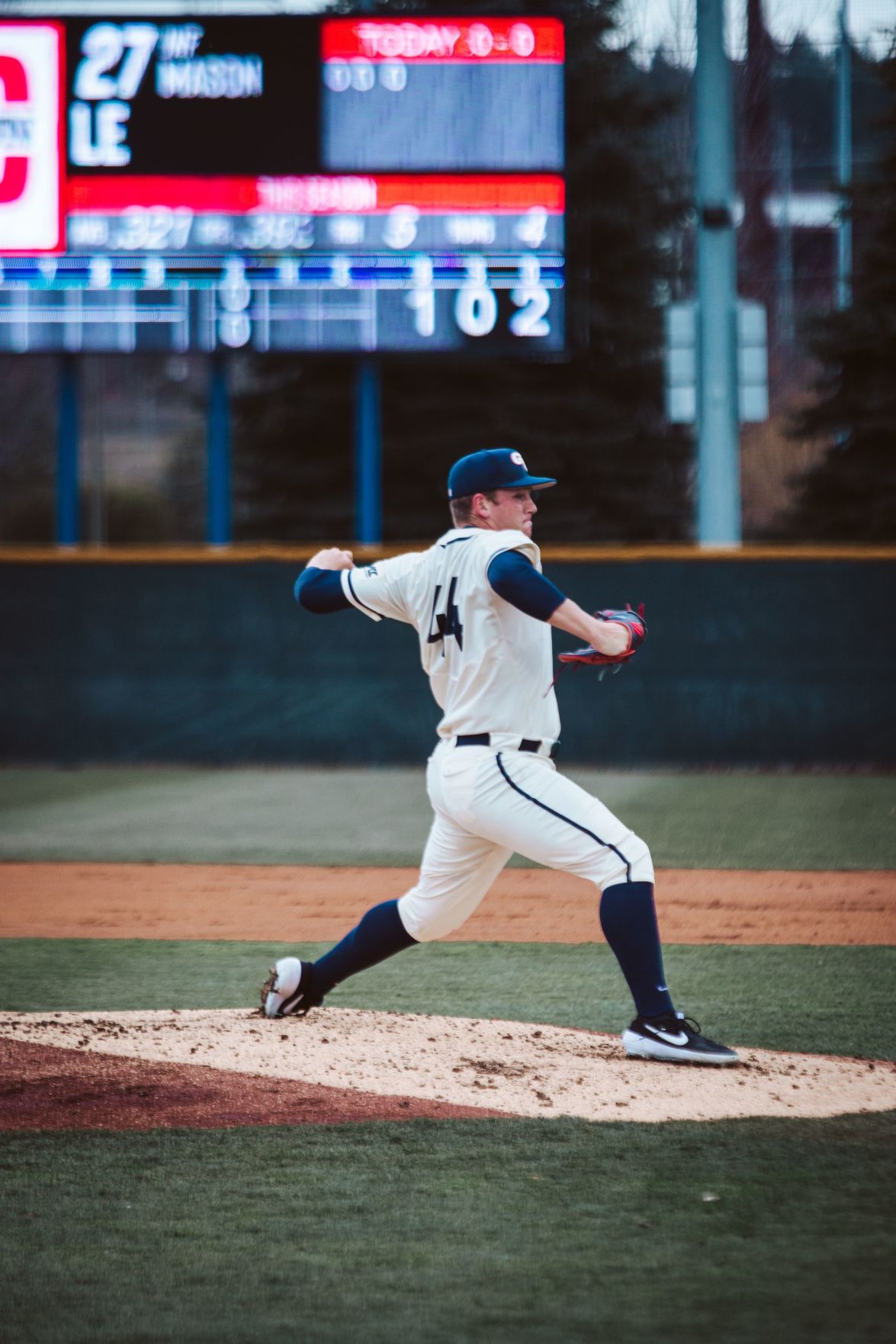 Senior pitcher Mac Lardner pitched 6 innings while giving up three runs and striking out eight as the Bulldogs lost to the CSUN Matadors 4-3 Friday at the Patterson Baseball Complex. 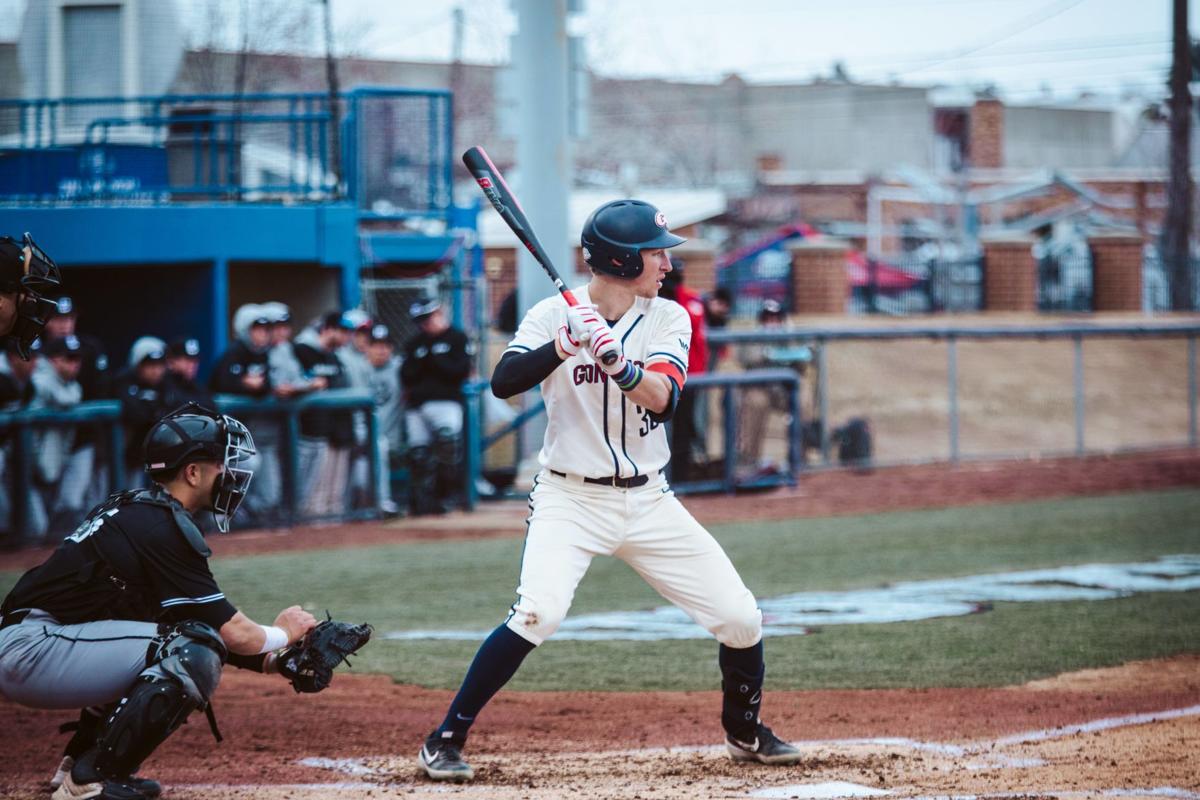 Redshirt junior third basemen Brett Harris went 1 for 5 as the Bulldogs lost to the CSUN Matadors Friday night in the home opener 4-3. 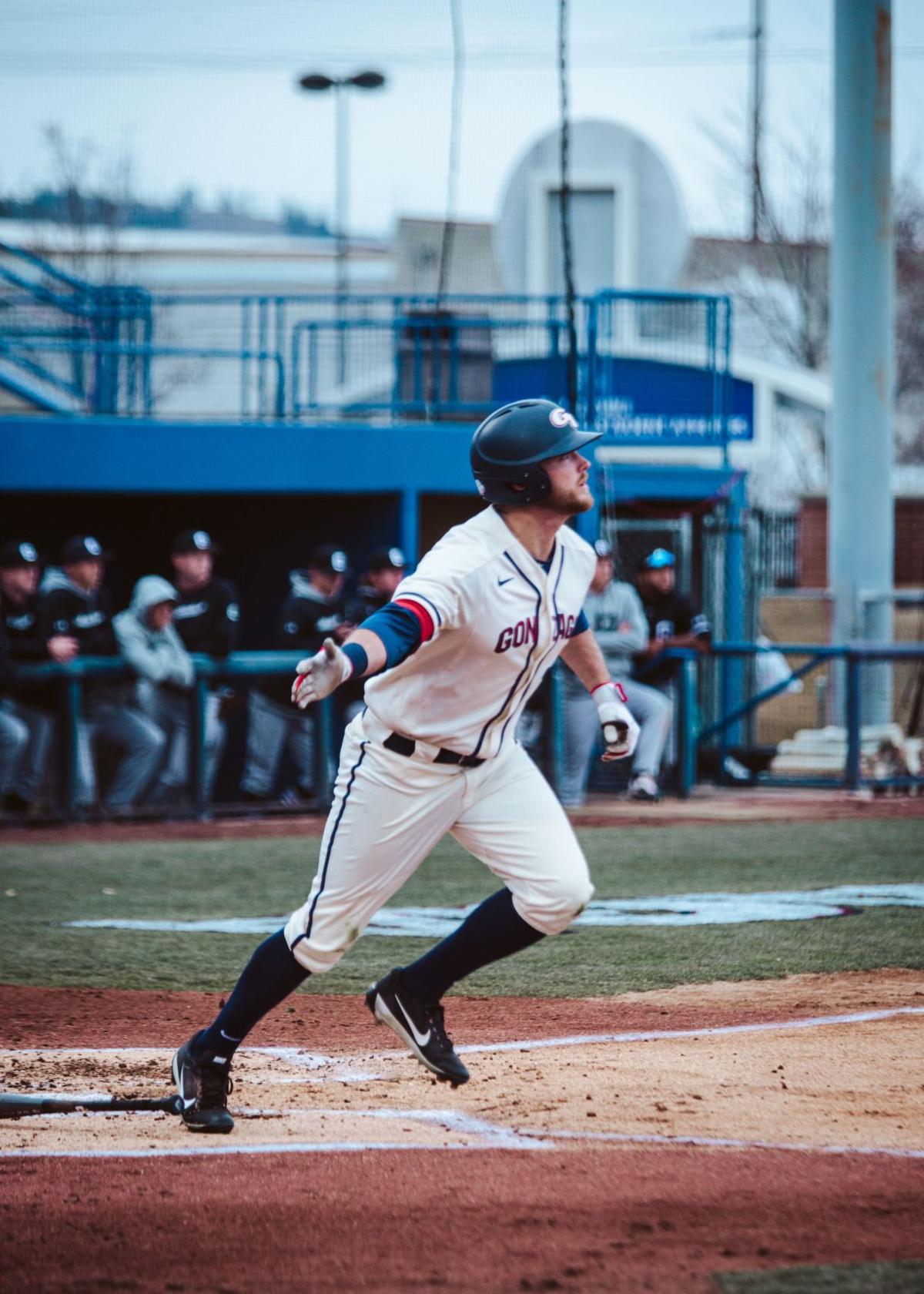 Redshirt junior left fielder Jack Machtolf went 2 for 4 with a homerun as the Bulldogs fell in the home opener against the CSUN Matadors 4-3 in extra innings. 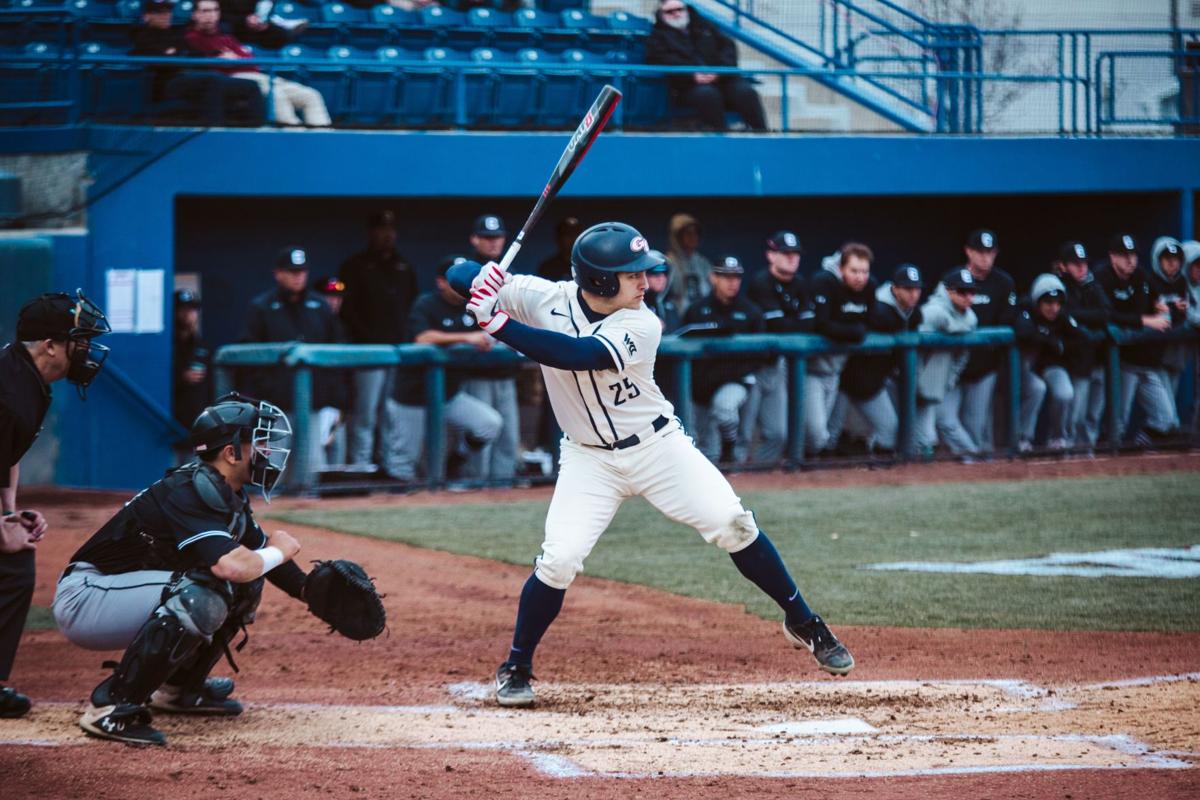 Junior catcher and designated hitter Tyler Rando went 1 for 3 as the Bulldogs fell in the home opener in extra innings against the CSUN Matadors 4-3.

Redshirt junior infielder Ernie Yake went 1 for 3 in the Bulldogs' 4-3 loss against the CSUN Matadors on Friday.

Senior pitcher Mac Lardner pitched 6 innings while giving up three runs and striking out eight as the Bulldogs lost to the CSUN Matadors 4-3 Friday at the Patterson Baseball Complex.

Redshirt junior third basemen Brett Harris went 1 for 5 as the Bulldogs lost to the CSUN Matadors Friday night in the home opener 4-3.

Redshirt junior left fielder Jack Machtolf went 2 for 4 with a homerun as the Bulldogs fell in the home opener against the CSUN Matadors 4-3 in extra innings.

Junior catcher and designated hitter Tyler Rando went 1 for 3 as the Bulldogs fell in the home opener in extra innings against the CSUN Matadors 4-3.

The Zags (3-9) fell to the Matadors of CSUN, 4-3 in 10 innings despite a three RBI day from redshirt junior Jack Machtolf and 14 strikeouts from the GU pitching staff.

“We didn’t do well against their starter, he did a good job, hats off to him,” head coach Mark Machtolf said. “We’ve just got to be a little more offensive and put together better at bats early in the game.”

Senior Mac Lardner took the mound for GU as starter in the first game of the year at Patterson Baseball Complex. The 6-foot-4-inch left hander opened the game retiring the first six CSUN hitters with help from a pair of strikeouts and a fantastic catch from left fielder Jack Machtolf deep into the left center gap in the second inning.

In the bottom half of the inning, after an infield single from catcher Stephen Lund, Machtolf launched a two-run home run to right field giving GU a 2-0 lead.

“Coming into that at bat, runner on first, I just tried to get a pitch early that I could hit,” Jack Machtolf said. “The pitcher made a mistake, one of his few of the day and I was able to capitalize on that.”

Designated hitter Tyler Rando continued his hot start to the season. With a walk in the first inning, in addition to a single in the sixth inning, the junior has now reached base in all 12 of GU’s games this spring.

After Lardner issued a two-out walk in the third inning, CSUN second baseman Kai Moody doubled to left field and an error from Machtolf in the outfield allowed the runner to score bringing the Matadors within one run at 2-1.

Back-to-back doubles in the top of the fourth inning by CSUN’s Denzel Clarke and Jayson Newman tied the game 2-2 before Lardner neutralized the threat and escaped the inning.

Following two innings of trouble, Lardner came back in the fifth inning to strikeout the CSUN hitters in order including leaving a pair of Matador batters waving at off-speed pitches in the dirt.

“[Soderstein] was keeping it off speed, throwing the slider for a strike and locating his fastball, that is kind of who he is,” Mark Machtolf said. “He doesn’t walk anybody, makes you put the ball in play and he did a good job, give him credit.”

In the sixth inning, Newman struck again for CSUN, this time with a solo home run to right field that delivered the Matadors’ their first lead of the day, 3-2. Lardner’s day was over at the end of the sixth. The senior struck out eight, walked two and allowed two earned runs.

Junior Michael Spellacy took the mound following Lardner. The right hander tossed three scoreless innings, striking out three and working around two hits, three walks and a pair of wild pitches to strand a runner in scoring position at the end of each frame.

In the bottom of the ninth inning, CSUN’s Soderstein jaunted back out to the mound to finish off the Zags. GU third baseman Brett Harris had different ideas, ripping a single to left field to open the inning and ending the Matadors’ starting pitcher's day.

The new pitcher quickly retired two Zags before GU began its two-out rally. Lund reached base with an infield single and Machtolf dropped a ball into no-man’s land in left field scoring pinch runner Alex Brenner from second base to tie the game at 3-3.

“I noticed that they were shifting the other way, so I thought I’d try to hit a ball hard the other way and I hit it the other way, I wouldn’t necessarily it was hard hit, but it was able to drop,” Jack Machtolf said.

With two runners in scoring position, center fielder Josh Bristyan drew a walk to load the bases, but GU was unable to force a run across and the game turned to extra innings.

Freshman Gabriel Hughes was gifted the ball to pitch the tenth inning for GU. CSUN left fielder Robert Bullard greeted Hughes with a triple to start the inning. After a pair of strikeouts and an intentional walk, a single to right field by CSUN’s Mason Le put the Matadors in front, 4-3.

Trailing once more, GU benefitted from an error by CSUN’s shortstop to open the inning that put redshirt sophomore Mason Marenco on first base as the tying runner.

However, the late game magic was no longer with the Zags.

A pair of fielder’s choices and a strikeout ended comeback hopes and the game. CSUN grabbed the first game in the four-game series 4-3 in 10 innings.

Up next: The Zags will be looking for some home cooking as they face CSUN three more times this weekend including a doubleheader on Saturday at 1 p.m. and 4 p.m. before wrapping up the series at noon on Sunday.

“It is nice to be home, for sure, we’ve got to string together a couple wins and get back on track,” Mark Machtolf said.