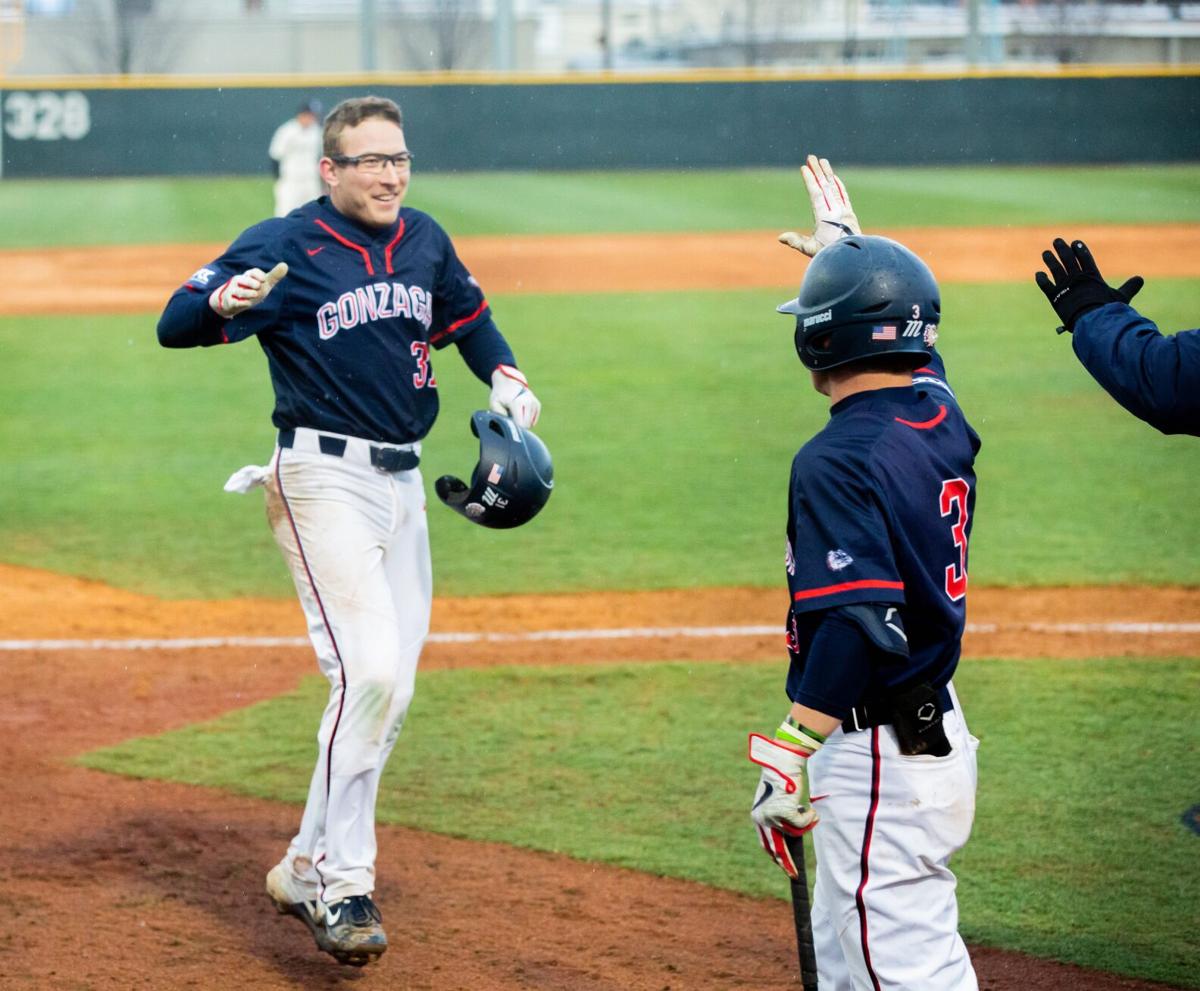 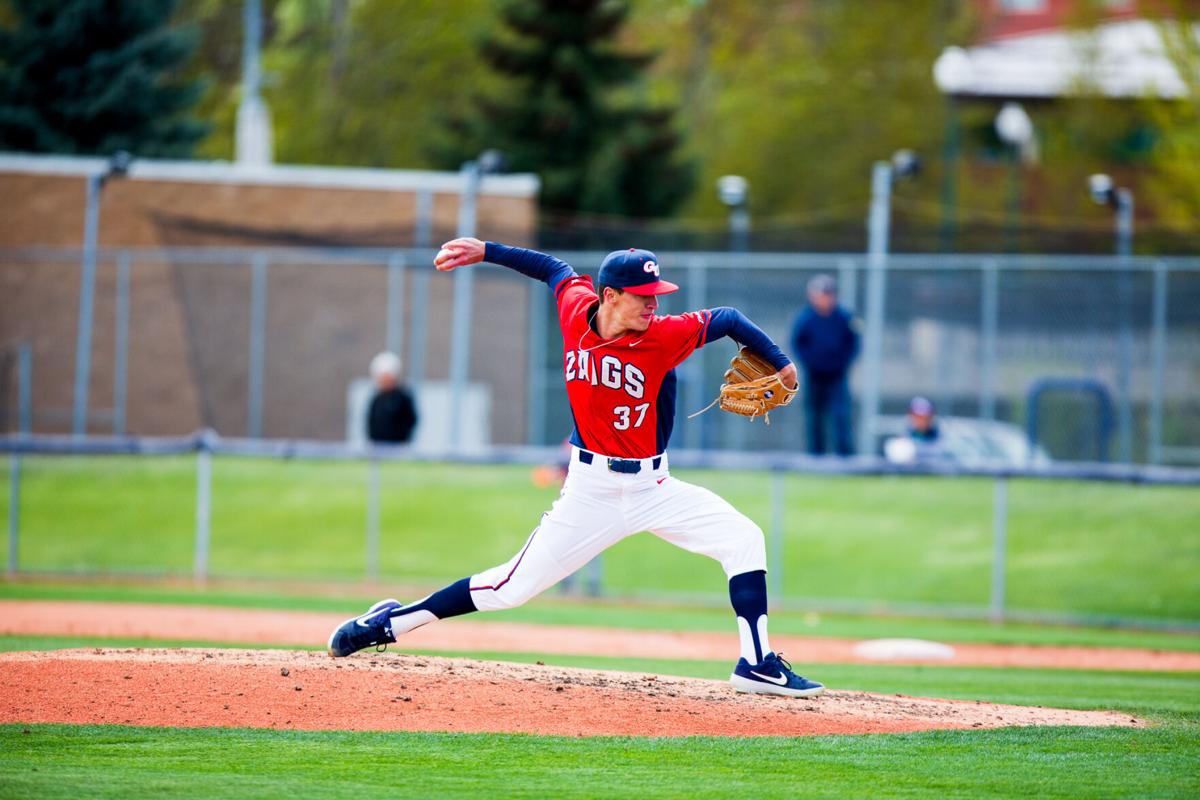 Spokane may still be feeling the seasonal effects of winter, but Gonzaga baseball can already smell the freshly cut grass that Opening Day brings. From the first pitch the Zags throw on Feb. 19, the team will set out on a 55-game regular season campaign with the ultimate goal of making it to the College World Series for the first time in program history.

After 346 days with no GU baseball, the Zags are excited to take the field and feel prepared for the challenges that lay ahead.

“It’s one of the best feelings in the world after not having played in 11 months, which is the longest I’ve gone without playing baseball in my life I feel like,” right- handed pitcher Alek Jacob said. “We really put in a lot of work these past couple of weeks, and in the fall we were playing a lot of inter squads so we’re really excited to see what we can do this year.”

The Zags spent the elongated offseason developing the large swath of talent that they retained after last season’s abrupt end. That unexpected finish to last season along with the MLB amateur draft being shortened by 35 rounds contributed to this year’s roster consisting of 11 seniors and graduate players.

Notably among that set of seasoned upperclassmen are Jacob and redshirt senior infielder Ernie Yake, who were both elected to the WCC preseason all- conference team. Yake led last year’s offense with 22 hits and 16 runs scored while batting .338, which was second highest on the team.

Yake’s batting average was only bested by senior catcher Tyler Rando’s .352 batting average last season while primarily put in the designated hitter spot. This season, Rando will be battling for a spot behind the dish against redshirt sophomore Stephen Lund, who led GU in RBIs last year with 16 while putting up the third-best batting average of .323, as well as senior transfer student from Holy Cross Riley Livingston.

Jacob is set to start against Kansas State University in the second game of the Sanderson Ford College Baseball Classic that will kick off the season from Feb. 19 three games of that opening weekend, against the University of New Mexico first and then Oregon State and KSU again after, the coaches have three second-year pitchers slated to start on the bump.

Two-way sophomore Gabriel Hughes will start and be hitting in the lineup on Opening Day, then redshirt freshman Brad Mullen and sophomore Trystan Vrieling will get the rock in games three and four. GU Assistant Coach Brandon Harmon isn’t certain that the weekend rotation will remain consistent for the entire season because so many arms are capable of filling those roles, but Harmon did say that he’s confident in whoever he runs out there along with the catcher who’s on duty that day.

Following those first four games in Arizona, the Zags will travel to Texas that next weekend to face 2019 NCAA regional qualifier Dallas Baptist University in a four game series.

The Zags will get to play at home for the first time from March 5-7 when they’ll welcome Portland to start West Coast Conference action. But from there, it’s another trip to the Lone Star State for GU in what may be the most anticipated stretch of the season.

On March 9 and 10, GU will get the opportunity to play two games against the preseason No. 3 team in the country Texas Tech, a team that made it to the semifinals of the 2019 College World Series. Texas Tech’s 2020 offense led all of college baseball with 213 hits through 19 games, and they finished with the seventh most home runs nationally as well.

The opposing bats will continue to be hot after that, as GU travels to Fort Worth, Texas to take on Texas Christian University for three games from March 12-14. TCU is the preseason No. 10 team in the nation after qualifying for a regional in 2019, and the Horned Frogs return six players from last year’s lineup who hit at a .295 clip or better.

“For me, the team to beat is TCU,” Yake said. “They’ve been a big program and a tough school to beat for a really long time and I want to beat them really bad. We have to keep the mindset that we have the talent, the ability and the teamwork to beat those Texas teams.”

A lot of that talent will look to shine through on the defensive side with not just the starting pitching, but the relief pitching as well. Two senior arms in Michael Spellacy and Alec Gomez are aimed at being long-inning middle-relief guys used to keep the Zags in battles down the stretch.

To anchor down the back end of the bullpen in that closer role will be sophomore William Kempner. Kempner made six appearances in his freshman campaign, which was the most on the team last year, and he finished with a 7.6 ERA in 7.1 innings of action.

“[Kempner] may have the best pure stuff on our team; he was up to 97 this fall and he needs to control the strike zone a little better than he did last year, but looking for him to be a big time arm for us this year,” Harmon said. “I’m looking at those three guys as being really important to what we’re doing, especially early, and Gomez and Spellacy particularly to eat up those chunk innings.”

Conference play in the WCC really gets into full swing after the Zags’ five game set down in Texas. Three weekend series in a row at Santa Clara, at Loyola Marymount and against Pacific in Spokane take up the rest of March with only nonconference games in between being a single home game against the University of Washington on March 23.

The Zags will then get to play perhaps their biggest nonconference rival in Oregon State University for two additional games in Corvallis on April 5 and 6. A team as refined as any, the Zags will rely on their experience to claim a series win against the 2018 College World Series champions given that these programs have faced each other five times in the last three seasons.

A number of guys on GU’s offense played in all of those five games and know what OSU brings to the table. GU didn’t lose any offensive starters from last season, and with Yake leading the infield and graduate student Guthrie Morrison returning to the outfield after sitting out last season, GU is outfitted to showcase its developed and deep offensive lineup.

Both offense and defense will look to be at top form by the time April rolls around. GU was picked by the preseason coaches poll to finish second in the WCC this season, and it’ll play the top predicted team Pepperdine April 16 to 18, the BYU Cougars who are predicted to finish fourth in the conference April 22 to 24 and a San Diego squad predicted to finish third April 30 to May 1.

This year, there’s no WCC tournament to decide which of the conference’s top four teams receive an automatic bid to the NCAA regionals like there have been in seasons prior. That means that more than ever, GU’s ability to maximize each conference series will be vital in achieving the team’s dream of playing in the College World Series.

“We talk about it with our guys all the time that it’s a 27 game pennant race and that’s really true this year because there’s no conference tournament,” Harmon said. “The No. 1 seed goes and in the past five years, that top spot in the WCC has been decided by one game, so getting our guys to buy into each inning being a battle will help you win conference series on Saturdays and Sundays even if you lose on a Friday.”

Volleyball: Zags fight to the end but fall short against USD

Commentary: Thoughts on first GU game in The Kennel with fans

Commentary: City ordinance could move Hoopfest away from downtown