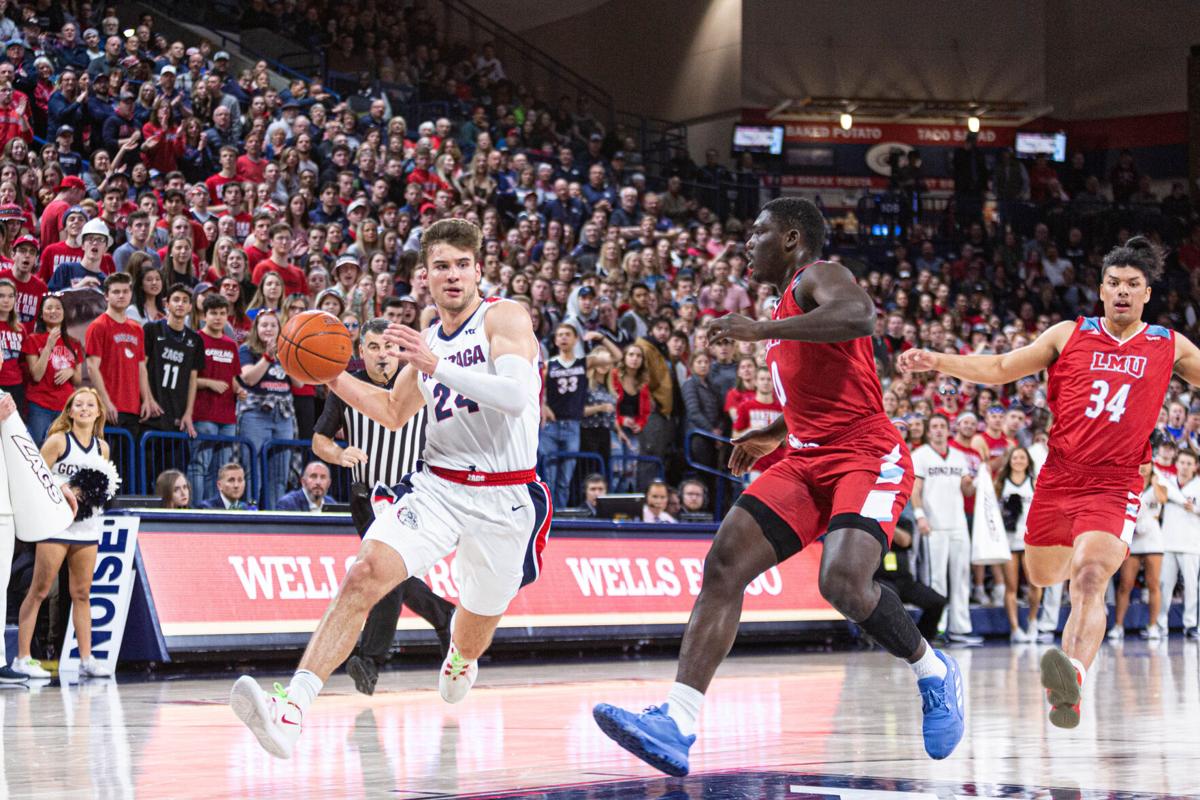 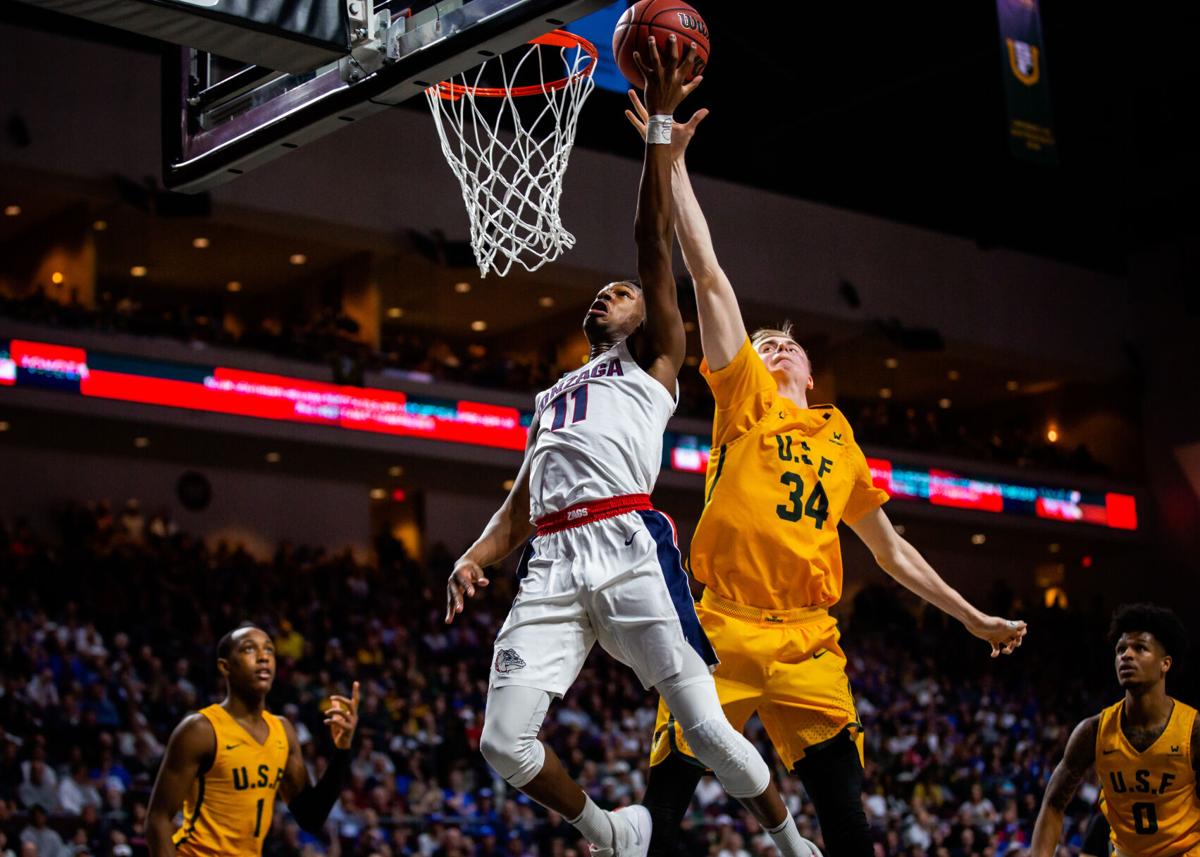 Gonzaga redshirt junior guard Joel Ayayi and senior forward Corey Kispert will  return to the Zags for the 2020-21 basketball season.

Ayayi and Kispert, along with sophomore forward Filip Petrusev, announced earlier in the spring they would be entering the 2020 NBA draft process without signing an agent. Petrusev announced on July 20 that he will forgo his junior season to play professionally in Serbia for Mega Bemax.

Ayayi and Kispert announced their decisions to return to Spokane on Saturday and Monday respectively.

After averaging 5.6 minutes a game during his redshirt freshman season, Ayayi averaged 29.3 minutes last season while averaging 10.6 points, 6.3 rebounds and 3.2 assists per game. To continue with his success from last season, Ayayi shot 48.3% from the field, 34.5% from behind the arc and 82.5% from the free-throw line. Ayayi also won the most outstanding player award at last year’s WCC Championships in Las Vegas.

Ayayi and Kispert helped push the Zags to a 31-2 record and a 15-1 conference record in last year’s shortened season, earning GU’s 22nd straight appearance to the NCAA tournament.

Ayayi and Kispert will join a strong 2020-21 recruiting class, headlined by freshman point guard Jalen Suggs, They will also be sharing the court with returning standout players from last year such as sophomore forwards Drew Timme and Anton Watson.

“I am so excited to get to work with the phenomenal team we have this year,” Kispert said via a team news release. “And of course, I look forward to playing for the greatest basketball fans and community in the country. We will see you all very soon.”