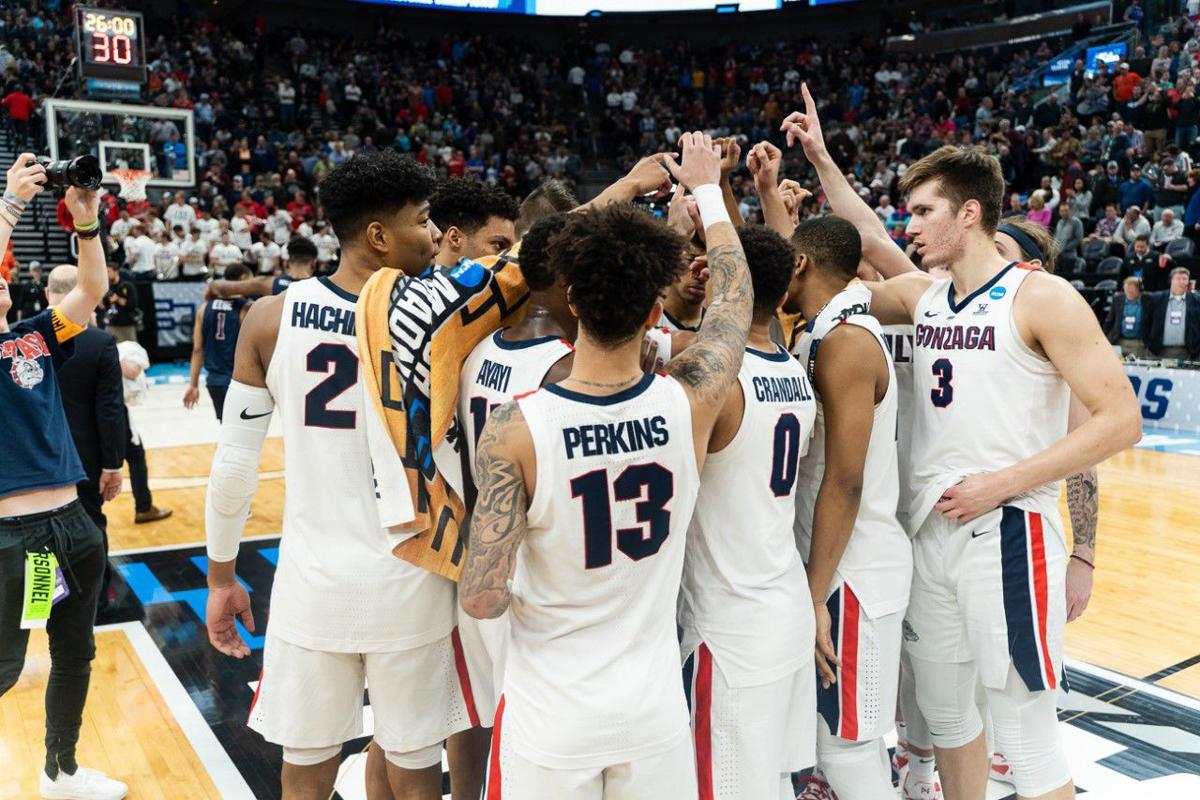 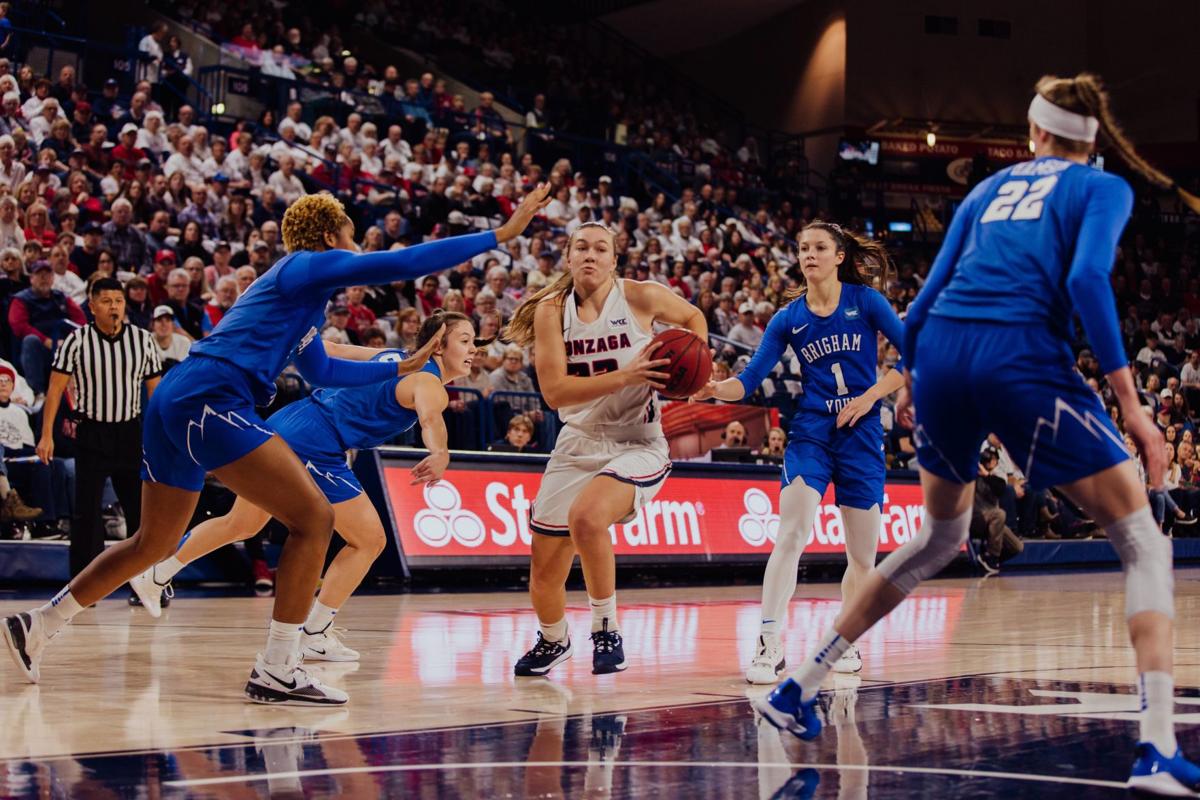 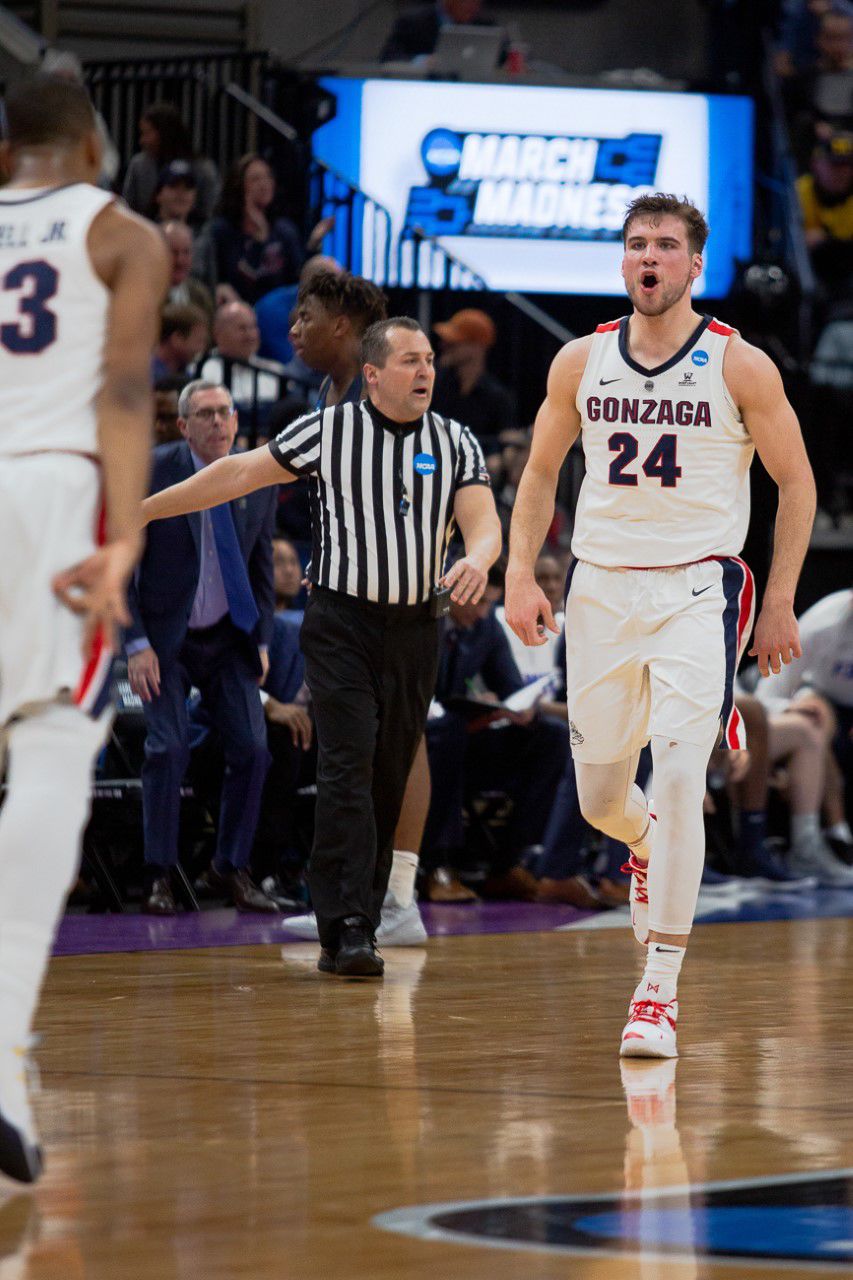 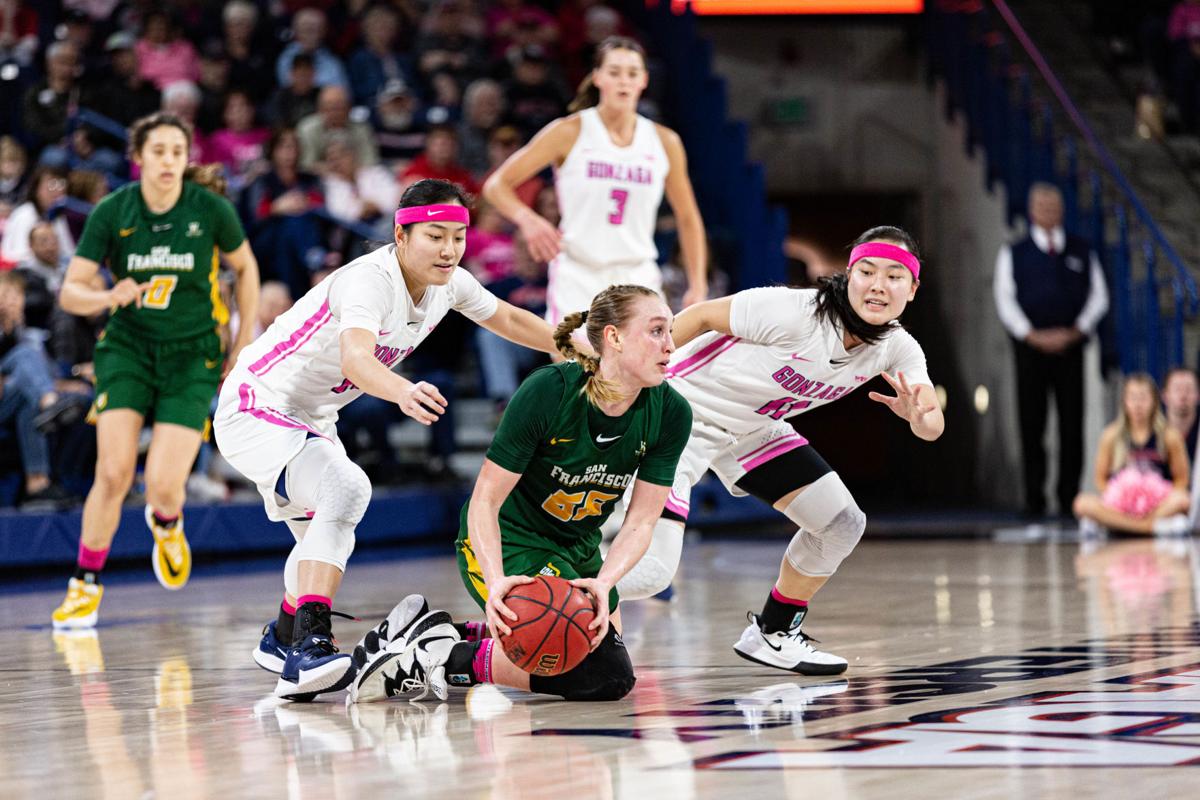 Gonzaga women's basketball team enjoyed a historic season after reaching the program's highest AP ranking at 10th in the country.

Gonzaga women's basketball team enjoyed a historic season after reaching the program's highest AP ranking at 10th in the country.

Springtime in Spokane is something to behold. There’s a heightened sense of energy and life that just isn’t replicated during other sports seasons. The city is truly at its best this time of year, and not because it’s sunny outside and the temperature is above 50 degrees, although that could be an added bonus.

The nice weather can’t compete with the excitement that comes with watching March Madness, especially when the hometown Gonzaga Bulldogs are poised to represent the city deep into the NCAA Tournament on an annual basis. From mid-March to potentially the beginning of April, Spokane glows shades of red and blue; from smokestacks to skyscrapers, every corner of the city is decked out for the Zags.

Cohn said she and her staff show their support by decorating the trees near the hotel with red and blue Christmas lights.

This year, however, like rest of the city, Cohn won’t have the opportunity to be as festive as years past. With the cancellation of the NCAA men’s and women’s basketball Tournaments, many would say that special energy found in all Spokanites has vanished. In a year when the men’s and women’s teams had an opportunity to put on a show with their faithful fans in attendance — with both teams likely to play the first two rounds in Spokane — the abrupt loss stings that much more.

“It’s even more devastating,” Cohn said. “To have us on the national platform, that’s huge for the city.”

Being on that national platform has significant financial implications for not only the city, but for GU and its affiliates. March Madness is a significant source of revenue for the school and West Coast Conference.

When the men’s team advanced to the Elite Eight last season, that brought in just over $1 million, which will be distributed to the university and WCC over a six-year span.

And if the Zags replicated that success in this year’s tournament, an estimated $1.2 million would be brought in and distributed under the same rules.

“There’s no real way to replace that money,” said Mike Roth, GU director of athletics. “There is no other source to replace it.”

It’s unclear whether this loss of revenue will have a major impact on facility workers at GU.

The university has said students who are employed through work study as a means of financial aid will still receive compensation.

With all this uncertainty, Roth focuses his attention on other matters that have been affected by COVID-19, such as living arrangements for student-athletes who can’t travel due to new restrictions. While most domestic student-athletes are able to return home, those whose permanent addresses are overseas will have to live on campus, something GU’s Housing and Residence Life has made available to students who have been granted permission. It is still unclear how long the government-imposed travel restrictions will last.

“Our focus right now is how are we going to keep providing for our students,” Roth said.

Student life outside of athletics has been impacted due to the cancellation of the tournaments, especially for those who had plans to attend either the men’s games in Spokane Arena or women’s games in The Kennel.

“I was devastated,” senior cheerleader Harrison Eagle said in an email. “My plans leading up to the tournament was to just enjoy myself and take it all in.”

It was supposed to be Eagle’s last tournament as a cheerleader, which he made clear was the most difficult aspect to come to terms with as the opportunity for one last cheer was lost.

“There really is no way to prepare to be over with something you’ve put four years of work into,” he said. “Even though we did everything right, we are not getting another chance.”

The same emotion was shared by fellow senior cheerleader George Holmes, who was shocked that the tournaments were canceled.

“I knew that it was in trouble, given the chaos that was happening around the world at the time, but I never considered the tournament outright canceled,” Holmes said in an email. “Maybe playing the first few rounds behind closed doors with essential staff only.”

While Holmes was disappointed with the swift end to the season, his mindset has been to reflect back on the memories he made this season and the last game of his career.

“I also think there is a certain beauty to the fact that we did not know it would be our last time cheering,” he said. “It was pure and unencumbered, and, honestly, is a great way to end my cheer career.”

That positive attitude is hard to replicate in a city where morale, spirit and a spike in economic success has been stripped away from its citizens. Especially for those who will never be able to experience the thrills of the NCAA Tournament as they know it, never receiving the farewell journey they deserved. From student-athletes to cheerleaders, the road ends with no true send-off.

Moving forward, there is nothing that can replicate the experiences of March Madness. With social distancing in full effect, restaurants and parks are empty. People are indoors watching the thrilling Gonzaga-Duke rerun from November  2018 — all the while, thinking of what could’ve been.