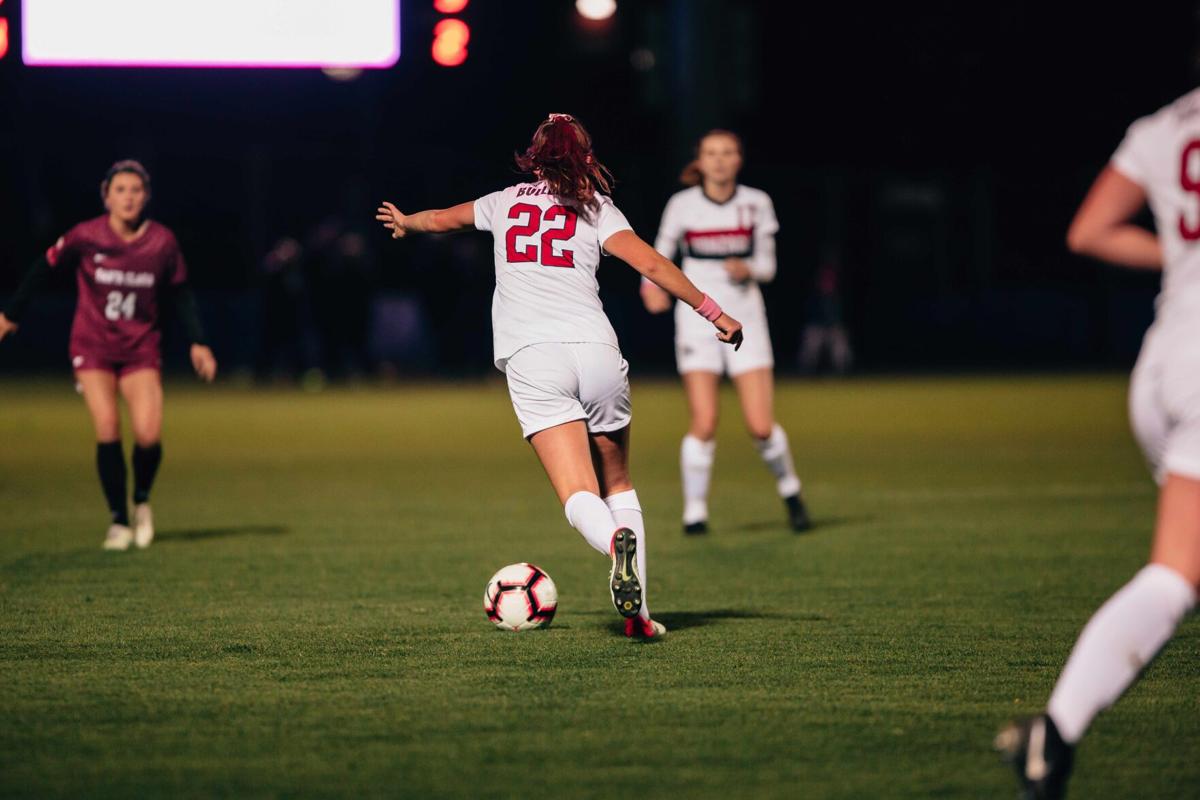 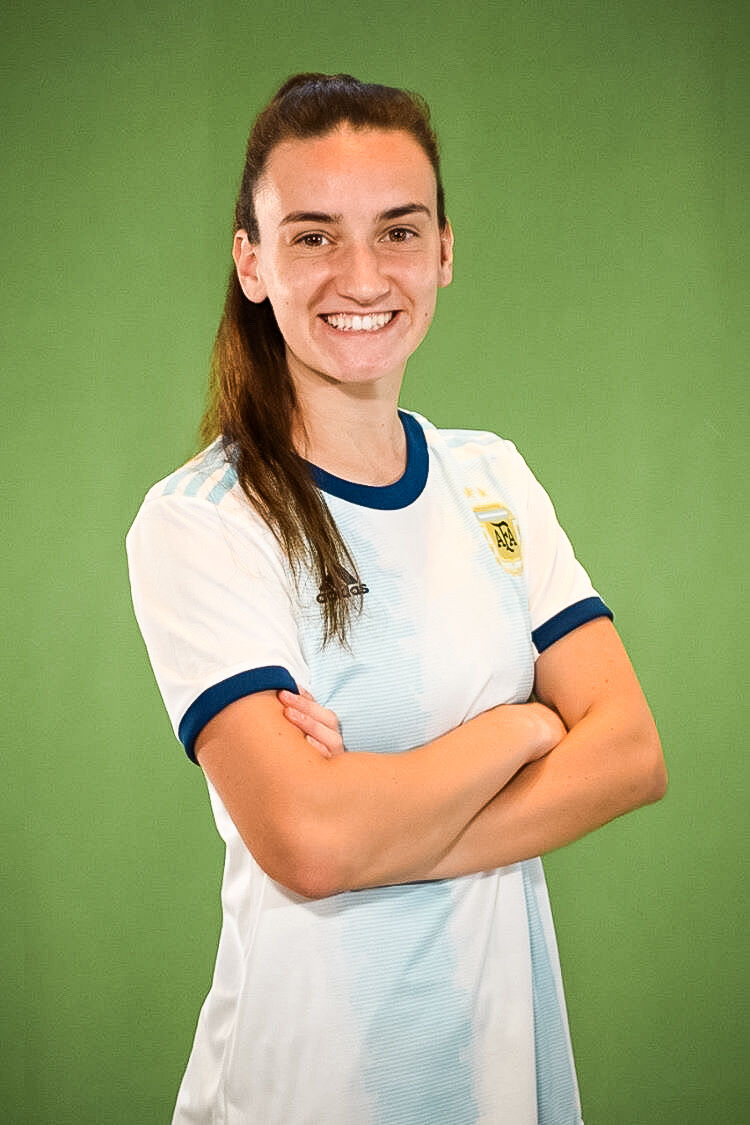 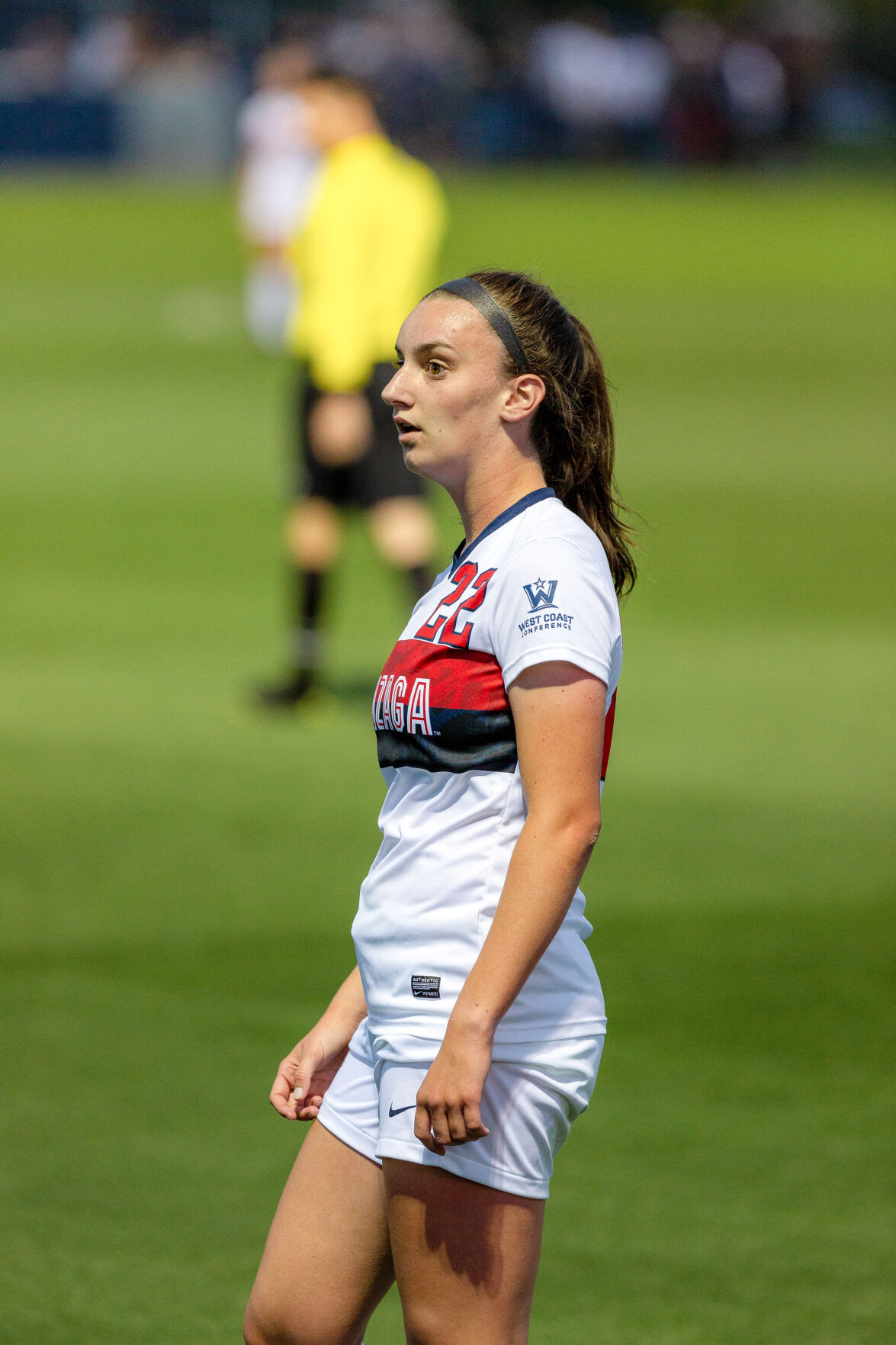 Using her natural strengths while also finding strength in her weaknesses is how Sophia Braun, a junior midfielder and co-captain on the Gonzaga women’s soccer team, has found incredible success in both her soccer and academic careers.

Over the past three years she has managed to maintain a high GPA as a computer science major, been an important player on the GU team and got invited to play with the U20 Argentina national team.

However, her journey to this point was no easy feat. She remembers being recruited to play at the collegiate level as a tough process.

“I went to a bunch of tournaments with my club team and I talked to a ton of coaches and nothing really felt right until Gonzaga,” Braun said. “A lot of the coaches said I was small and not super athletic. So, I didn’t feel like I had any good options before Gonzaga. Which was stressful and I felt like I just needed a chance.”

Then the GU coaches came to one of Braun’s games, not even to watch her, but they ended up loving her game, leading to her to commit to GU.

“She came in and was pretty quiet,” said Chris Watkins, head coach of the GU women’s soccer team. “She contributed right away — she was more of a role player at first but now she has developed into a player who has to be really dynamic for us and a playmaker. She’s our quarterback.”

This year Braun will take on a major role within the team — a role that she deserves and has worked hard to get.

“She has so many gifts and so many of them are obvious but she’s not the fastest or strongest player,” Watkins said. “But she’s chosen to work really hard and make sure she’s become great at those as well. It wasn’t a gift at first, but she was going to fight to play, fight to contribute and fight to be a valuable part of our team on gameday.”

But, before she could be a valuable part of the team on gameday she had to put in the work to show her team and her coaches that she was deserving of the spot.

“I think I’ve had a lot of hurdles soccer wise, even here at GU,” Braun said. “I’m a captain now and I have a pretty big role on the team but last year, especially at the beginning I didn’t start and I played like 10-15 minutes a game and there were some games where I didn’t even play at all. By the end of the season I was playing the whole game, every game and starting. Being able to deal with that and overcome that is something I’m really proud of.”

Now, after three years of hard work, Braun sets the tone for the team said Jordan Thompson, a senior center back and co-captain on the team.

“She is the hardest worker on our team,” Thompson said. “She sets the standards for everything. She’s superwoman.”

This hard work has paid off in more places than just GU’s soccer field. This year Braun was invited to play on the U20 National Team for Argentina.

Braun’s mother is from Argentina and her father from the United States so with dual citizenship and family in South America Braun has been to Argentina and trained with the teams just for practice since she was 12.

She said the biggest lesson she took away from the experience was learning how to adjust to how that team plays and work around the language barrier.

"Even when you don’t speak the same language you’re all still playing the same game,” Braun said.

This accomplishment was one that Braun’s teammates and coaches at GU also take great pride in.

“She came up to the office and told us she thought she was going to get the invite and then I think it was two days later and she came in with a piece of paper with the invite,” Watkins said. “She was so happy and so proud and so was I.”

Thompson recalled the story of the team finding out about the U20 team in the locker room. She said that they were all screaming happily immediately.

"I’m pretty sure people could hear down the hall," Thompson said. "We were so happy for her she has worked so hard for it and she deserves it. We were so proud of her and representing Gonzaga but also representing herself and showing off her talents on the world’s stage.”

The coronavirus threw a major wrench in the U20 team’s plans, but Braun is still in communication with the team and hopes to move up to the national team next year with the ultimate goal being playing in the World Cup in 2023.

Braun also has big goals for herself when it comes to her academics. As a computer science major, she has worked hard to maintain her grades while playing a Division 1 sport and traveling internationally for soccer.

“School is super important to me so being able to juggle it all is something I value a lot and I would never want to lose my education because of soccer but I also don’t want to soccer because of my education,” Braun said. “Finding that perfect balance has been super nice.”

She said it’s been challenging to take on a major that not many athletes pursue but has enjoyed the challenge.

“I like being able to find people who are outside the athletic world,” Braun said. “I definitely think it’s made me work harder knowing that there’s really not someone I can turn to get help anytime I want.”

Once her time at GU is over Braun hopes to not only continue her soccer career but find a way to intersect computer science and athletics.

“Right now, our world is shifting to such a technology needed environment so to bring STEM into everything is super important,” Braun said. “I’ve seen first-hand with Nike how they incorporate that and I think it’s super cool.”

In the next two years Braun hopes to help lead her team to the NCAA tournament in soccer and maintain her grades and graduate.

She is expected to play a huge role on the team both on and off the field in the coming years.

“She is so smart, and she has developed her game so much in the last three years that she has the whole teams’ respect,” Watkins said. “They look at her as a great example of how to progress as a player both through her strengths and her weaknesses. She’s someone we hold up in front of the team all the time because we want the players to want to emulate what she has done.”

Column: GU campus culture heightened with sports to cheer for