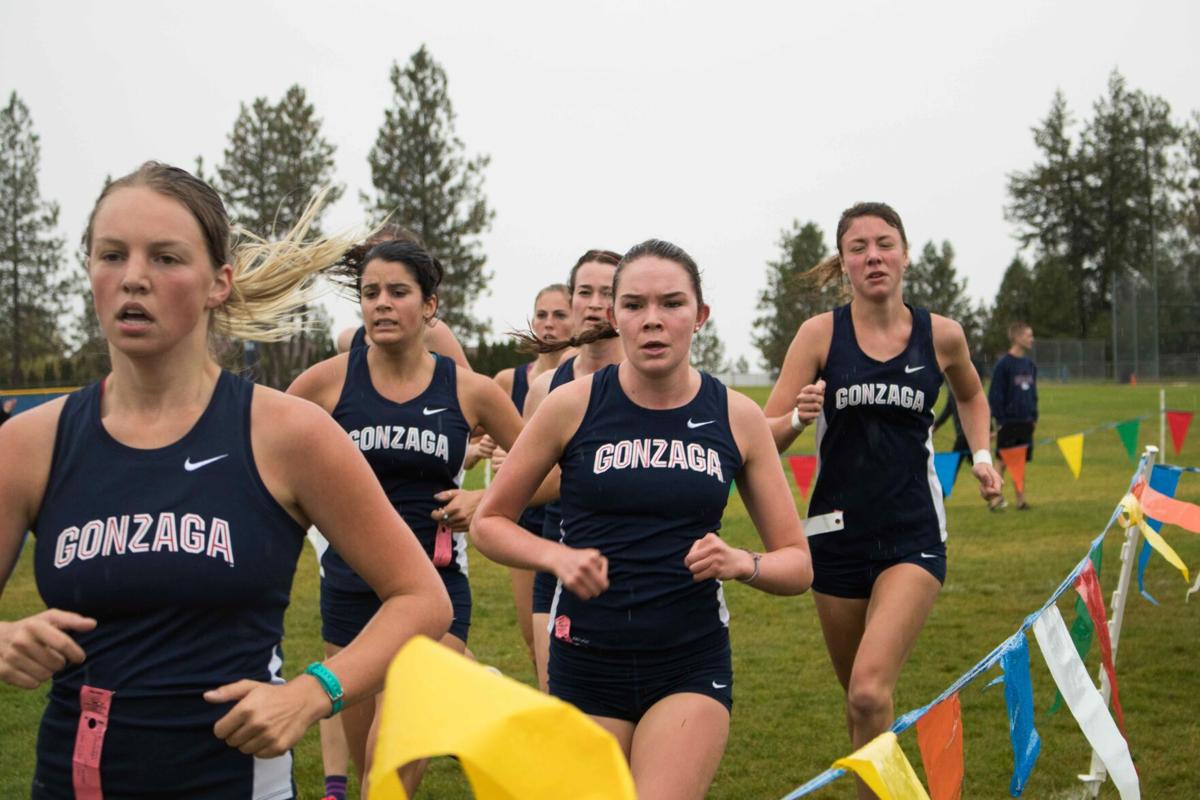 The Gonzaga women's cross country team has high expectations for what is set to be a strong year for the team. 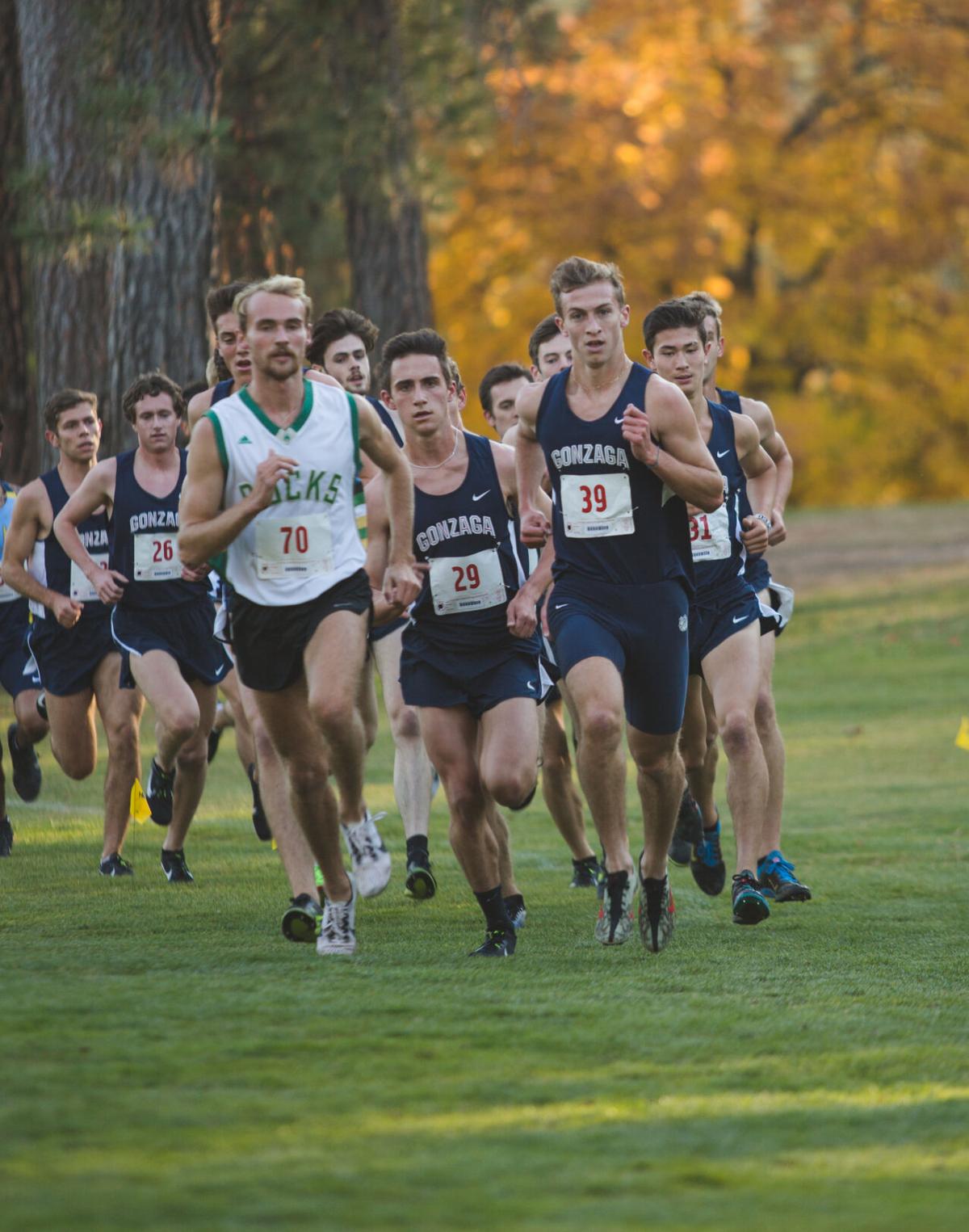 The Gonzaga men's cross country team looks to make big strides this season with the depth they have on the 2021 roster.

The Gonzaga women's cross country team has high expectations for what is set to be a strong year for the team.

The Gonzaga men's cross country team looks to make big strides this season with the depth they have on the 2021 roster.

Gonzaga’s most lactic-acid-filled group of athletes are running toward three grueling seasons of competition condensed into a six-month span this spring thanks to the COVID-19 pandemic.

Despite this condensed schedule, expectations run high for each respective program.

“We have big goals,” said Pat Tyson, director of cross country. “We will compete against No. 1 BYU and No. 10 Portland. From there, get that birth to Stillwater, Oklahoma.”

The men’s team began the season ranked fifth in the U.S. Track & Field and Cross Country Coaches Association (USTFCCCA) West Regional XC poll and received votes in the National poll as well. The No. 5 ranking marks the highest the Bulldogs have ever ascended in the poll after beginning last season at No. 7. National publication Stride Report ranked the Bulldogs as No. 20 in the nation.

On the women’s side, Assistant Coach Steve Surface has equally lofty expectations for his group.

“The expectations for the team are as high as they’ve been since I’ve been at Gonzaga," Surface said. "Our group believes that we can move ourselves up at the Conference level, regional level and hopefully put ourselves in a position to race into March."

The women’s team began its campaign slated at No. 13 in the West Regional XC poll. Both teams will focus primarily on cross country this spring, shifting their focus to outdoor track after nationals.

Running is an inherently team-oriented pursuit and the pandemic challenged that reality as teammates were separated for months at a time. To curb the woes of no longer being able to train and spend time together at school, Tyson said that the men’s team stayed connected over Zoom.

Fitness is crucial to a cross country athlete’s success and Tyson said the men’s team had “eye-opening” time trials that were “shocking” to kick the year off.

Perhaps the most fit man on campus, James Mwaura will lead the charge for the Zags this year after qualifying and competing in the NCAA D1 National Championship race in 2019. He is only the second Zag to compete at the national championships. Mwaura is one of the most highly touted recruits GU has ever signed and has lived up to that billing so far, already achieving school records in both the 5K and 10K in outdoor track.

"As of right now we are putting a lot of emphasis on cross country rather than indoor, the goal for us as a team is to make it to nationals," Mwaura said. “Last year we were close to making it so with everyone returning I think we have a good shot of making it."

Aiding Mwaura in the chase for a team bid to the national meet is redshirt senior Ben Hogan who joined Mwaura on the USTFCCCA All-West region team last season.

A majority of the men’s team didn’t compete at the highest levels of high school running before coming to GU. That makes the development of this group even more special for Tyson as he has his most talented group of runners yet during his time at GU.

Tyson said that the runners are learning about the joy of building a team and thinking beyond themselves, which he said has put value into competing alongside one another.

Surface took a different approach in maintaining the fitness of his 31 athletes for the women’s team.

“We didn’t fake energy," Surface said. "We embraced each day for what it was emotionally and moved through it. We did the best we could each day with the training task in front of us but didn’t fake it. We felt like faking energy was a short-term solution.”

One of the runners leading the charge for the Zags in this unusual season will be sophomore Paxton DePoe. Just after accomplishing a personal record in the mile last indoor track season, DePoe and her teammates learned their season would be canceled.

“It was honestly devastating," DePoe said. "I just had to trust my fitness and be ready for any opportunity to compete.”

Same as with other programs, the women’s team had to train resiliently for months last year without their teammates.

“There came a point as a team where we had to move past grieving our loss of a spring track season and decide to put in the work,” DePoe said. “Training solo over the summer and winter break felt like a big obstacle at some points but knowing that all my teammates were putting in the same effort helped me get through all the lonely long runs.”

Helping the Zags to achieve their team goals will be junior transfer from the University of Wisconsin Kristen Garcia. Garcia paced the Zags to a fourth-place team finish in GU’s first and only competition this season before the West Coast Conference Championship (WCC) meet, running the 5K course in 17:32.1, good enough for 15th in the race and eighth all time at GU over that distance. Three more Zags finished within the top 30 at the Oregon XC Open to guide GU to a solid season debut.

The performance from the Zags lays a solid foundation for a year in which the Zags have high internal expectations. “As a team, we see ourselves competing at nationals,” DePoe said. “We know that that's where we want to be, and we are working hard to make it a reality.”

The men’s team will run their first race at the WCC Championships on Feb. 24 as their season opener against No. 1 BYU and No. 10 University of Portland in Eugene, Oregon was canceled due to COVID-19.

Tommy Conmy is a staff writer.