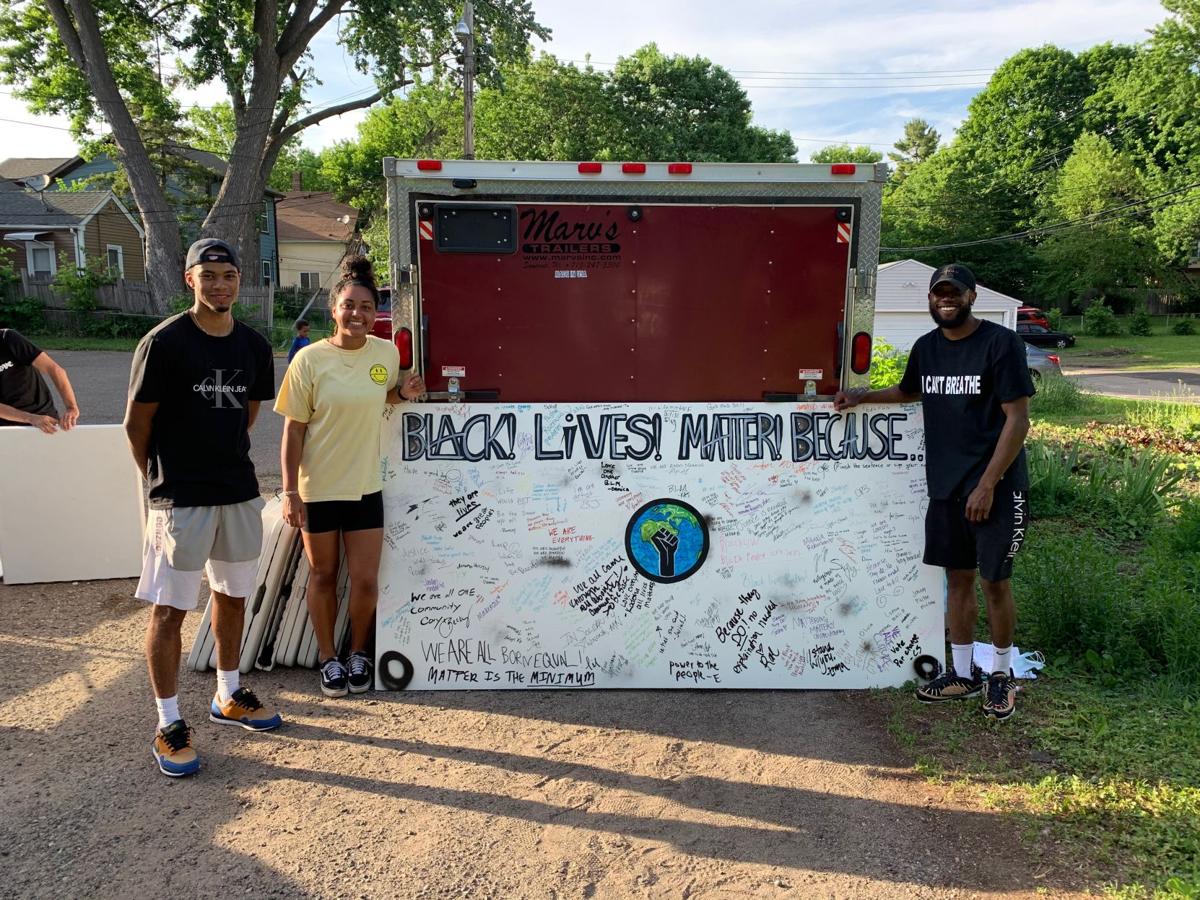 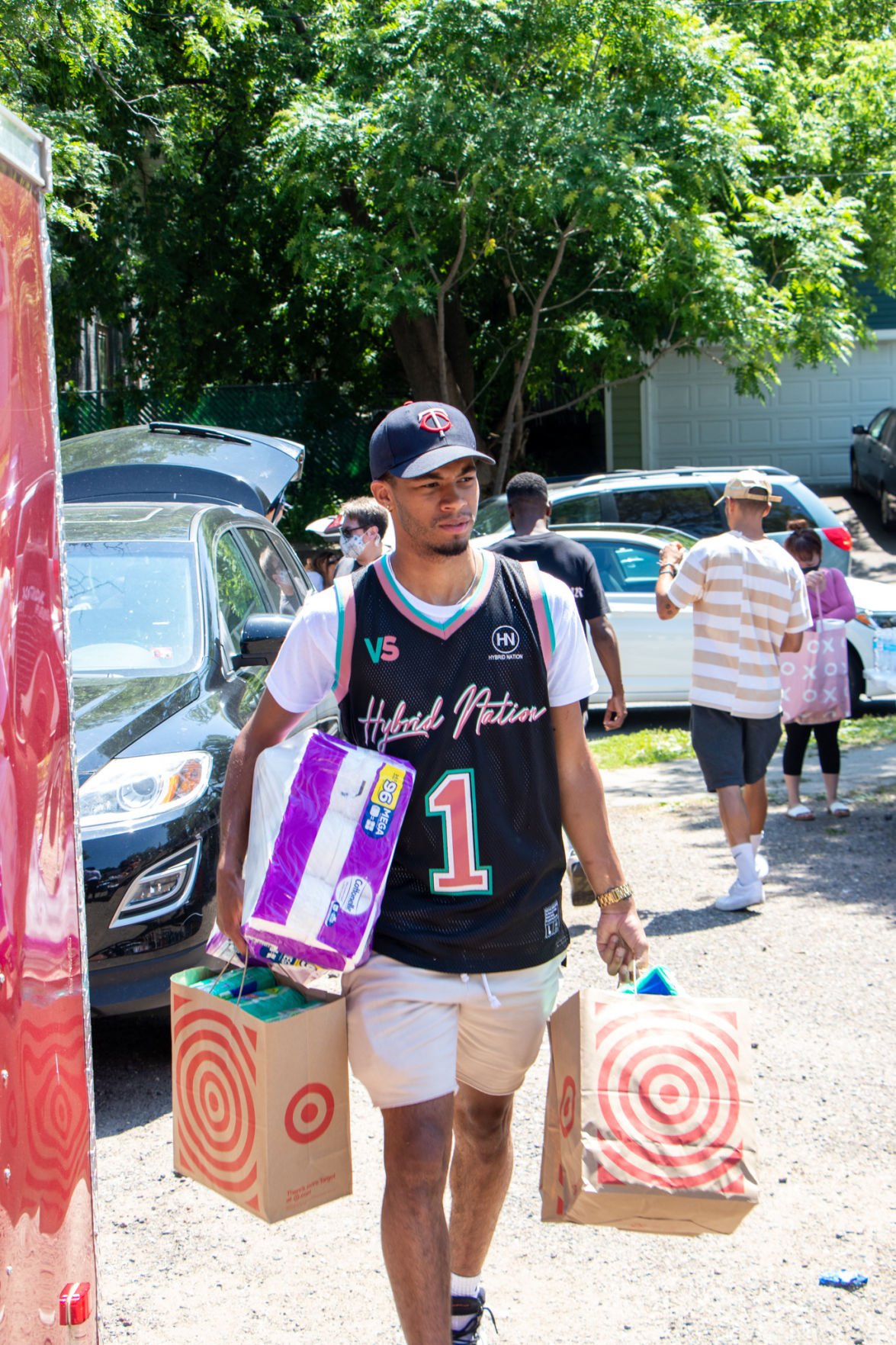 Former Gonzaga guard Geno Crandall played for the Zags in the 2018-19 season. 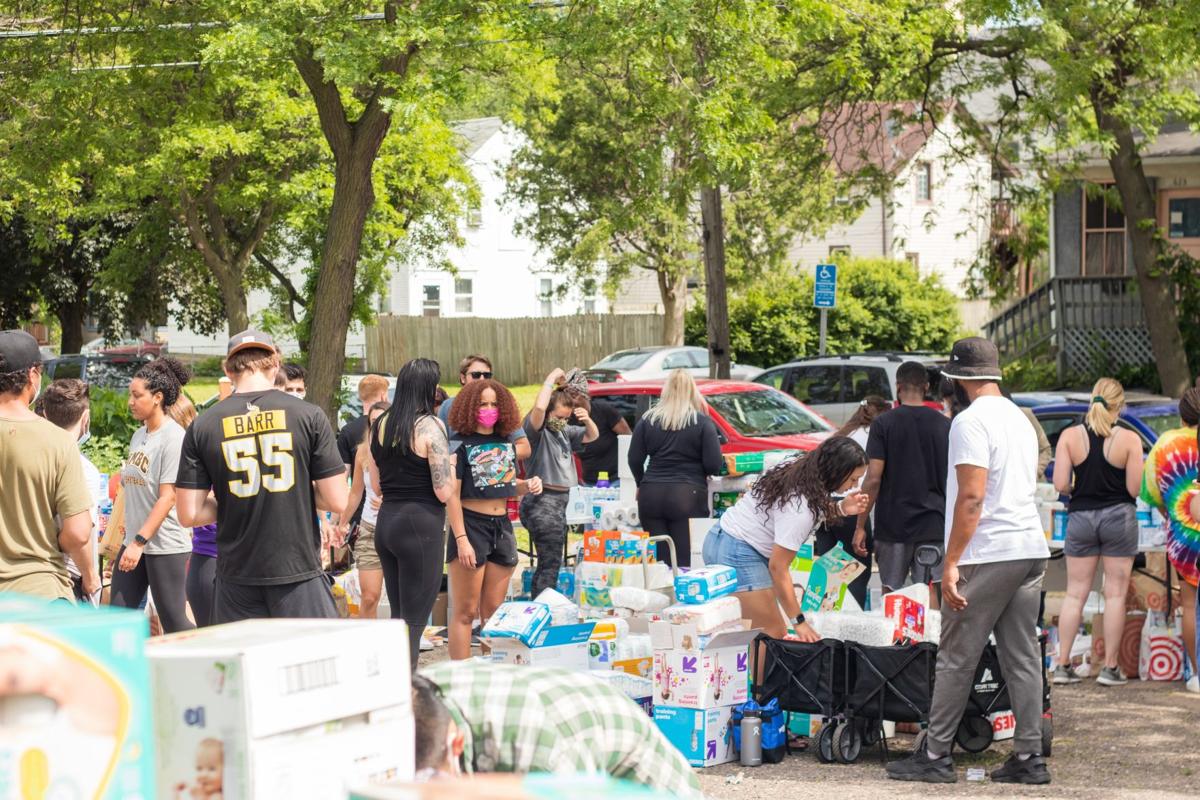 Former Gonzaga guard Geno Crandall played for the Zags in the 2018-19 season.

It was on Senior Night when Geno Crandall crossed up a BYU defender sending him to the floor and finishing at the rim, resulting in a moment of joy and satisfaction that the Gonzaga fans in the Kennel that night will never forget.

After the Mattoni NBL season was canceled and the 2019 GU graduate was sent home from his team, Turi Svitavy, in the Czech Republic, he has sought out to bring the same type of momentous joy and satisfaction that he brought to his match in 2019 — along with moments of gratitude — to his local community in Minneapolis.

In attempt to bring positivity to his hometown in light of the COVID-19 pandemic and the death of George Floyd, Crandall hosted a donation drive to help those who have been affected, specifically serving the less fortunate in the Northern Minneapolis community.

Crandall, along with high school friends, Takina Kindle and Tilyn Akiel, were the three leaders of the donation drive, continuing a passion project that originally began as a friendly challenge.

Crandall, attended the rival high school of Akiel and Kindle, and was propositioned by Kindle — in classic high school rivalry fashion — to see which high school community could raise more donation money for the less fortunate. But as the challenge progressed, the trio decided to join forces and put their money together, the project growing from a simple challenge to gather donations into something bigger than they could have ever imagine.

Originally the project started very small, going to stores and buying supplies to donate. But as time went on, the project grew and more people contributed with their own supplies and money for the donation drive.

“It grew day by day, from being a couple of us that raised a couple of thousand of dollars, to a really big event,” Crandall said.

As the event grew, so did the the need for a distribution place, so the three took their drive to Mckinley Community, a community center that delivers donations year-round to families in the area.

In exchange for the operation space, they donated their time and a security system, as the community center was receiving threats from self-proclaimed white supremacists during the riots.

The donation drive's duration was originally going to be held from June 5 through 7, but with the overwhelming support received, the team extended the drive an extra day the following week.

“It was amazing honestly,” Akiel said. “I was expecting to be anywhere from $500-1,000 to get raised and go make a donation drop-off somewhere."

The team received more supplies than it had originally anticipated, so much so that full U-Haul trucks were delivering supplies, Akiel said.

Akiel estimates that during the drive, $65,000 worth of supplies were distributed and $20,000 cash was raised.

As of late, Crandall's home state of Minnesota has served as the epicenter of the social systemic racism-related protests across the country.

Akiel and Crandall were just minutes away from where George Floyd died on May 25 in Minneapolis.

Crandall said that the death of George Floyd has created a larger conversation about the racial inequalities occurring in the United States.

“I think there was a magnifying glass on all things Minneapolis,” Crandall said. “There’s this general thought about ‘Minnesota Nice’ and being a midwest city in the north and all of these things [racism] doesn’t exist. I think it’s pulling the curtains back in a sense and revealing that all of that is very real, and people are probably relieved to have that confirmation.”

Moving forward when Crandall returns to the Czech Republic to play, he said he hopes his teammates abroad can understand the importance of coming together and working together regardless of their backgrounds.

Looking at his time at Gonzaga, Crandall also hopes students on campus can continue to do what is right.

“If you see a need somewhere and you feel passionate about what’s going on, whatever it may be, don’t be afraid to step in and try and fill that need for somebody else, and you never know how well it can turn out,” Crandall said.

Akiel said it was amazing to have Crandall on board, and said it says a lot about his character and the person he is.

Even though the drive is over, Akiel, Crandall and Kindle decided to found their own nonprofit organization called Give and Grow.

In the upcoming weeks, they will be taking in more donations and hosting more events to help their community. More information on future events can be found on Crandall’s social media pages, @geno.cero on Instagram and @genocrandall on Twitter.

“We just have to be cognizant and mindful that everyone is a person,” Crandall said. “We all have to try and humanize each other.”

Basketball: Ayayi and Kispert to return to Spokane next season