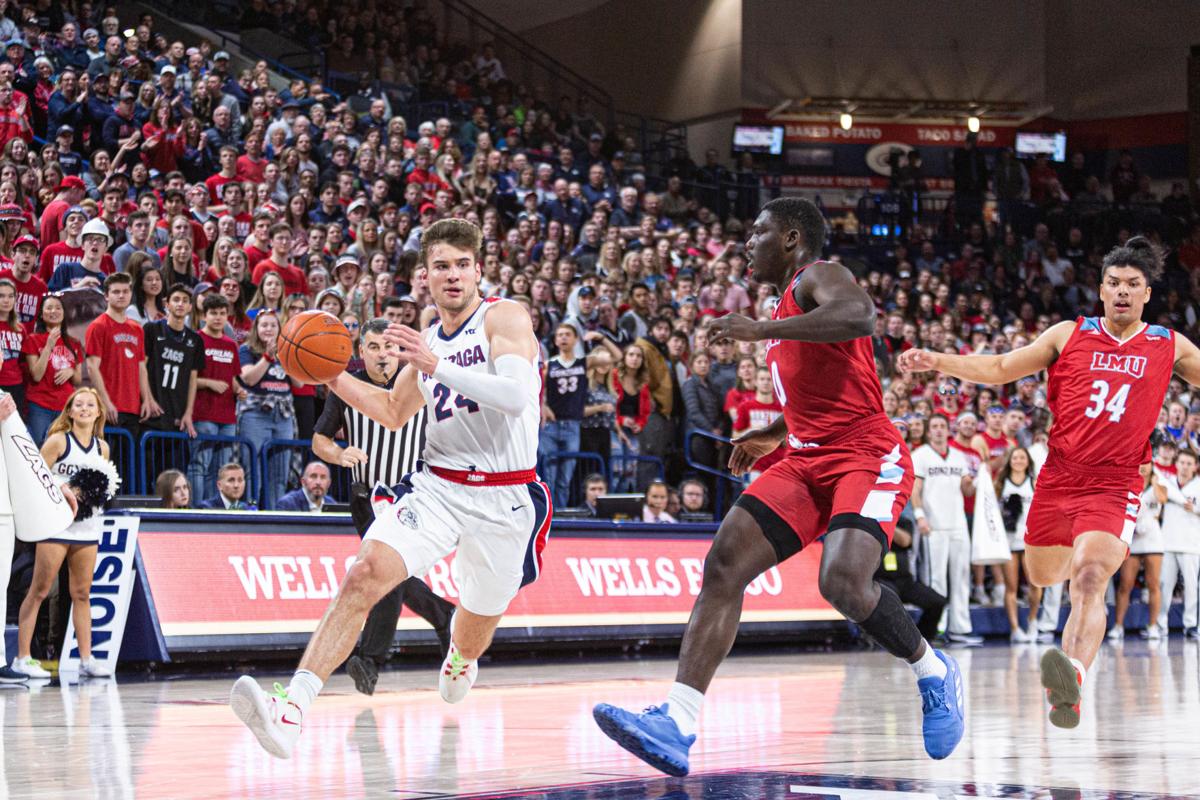 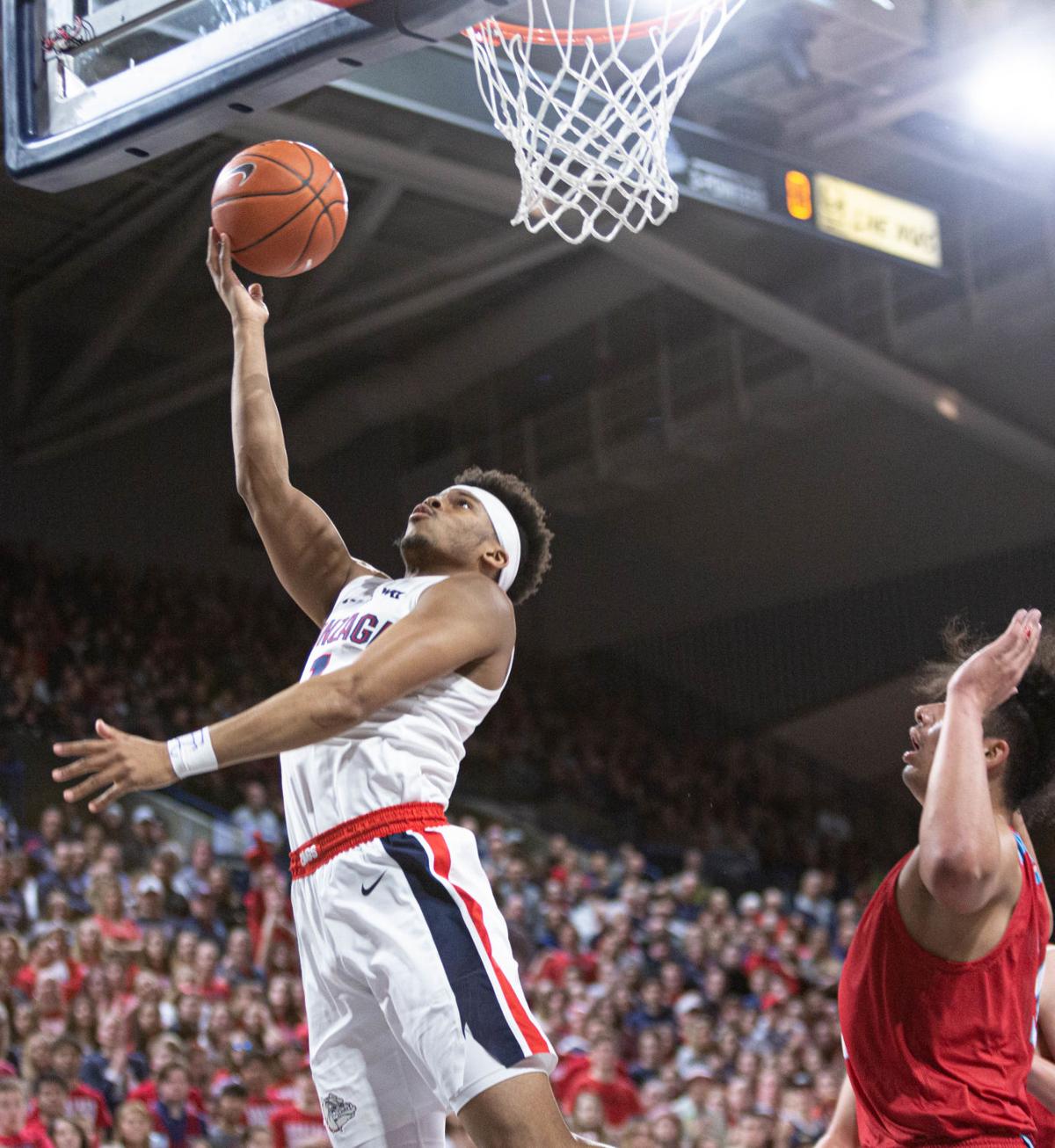 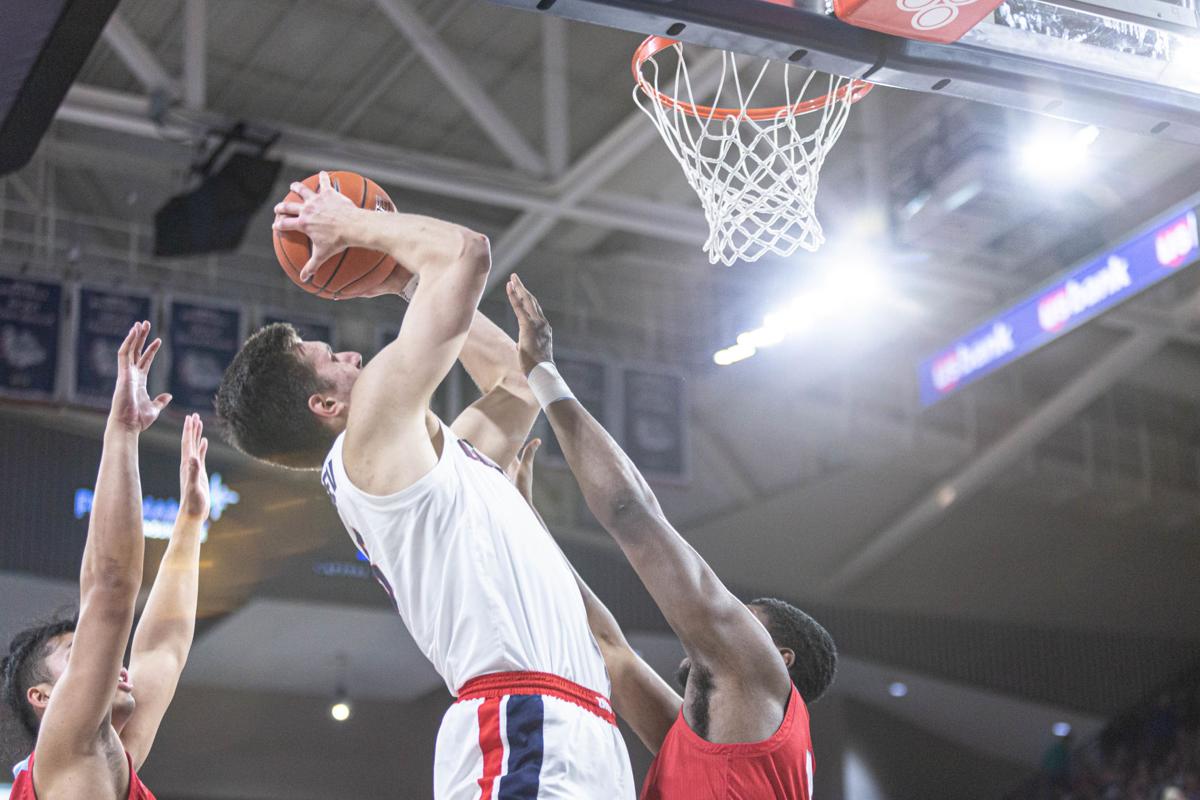 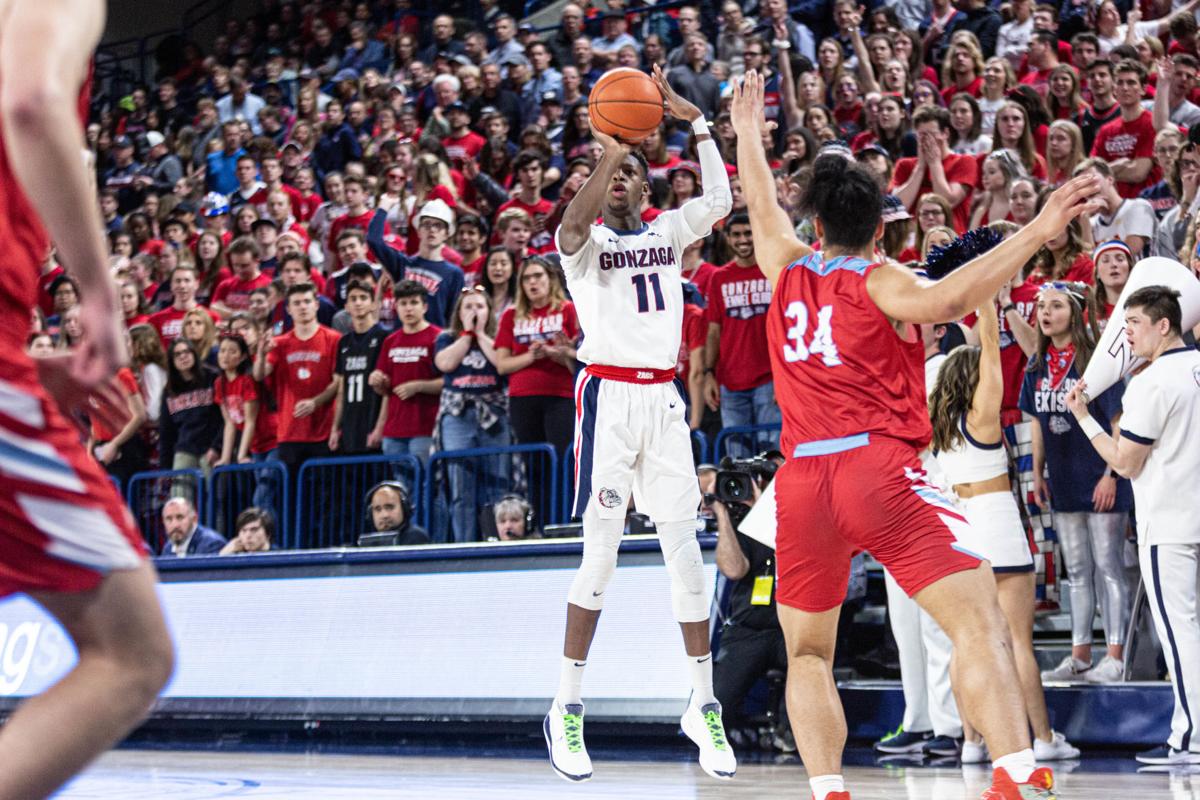 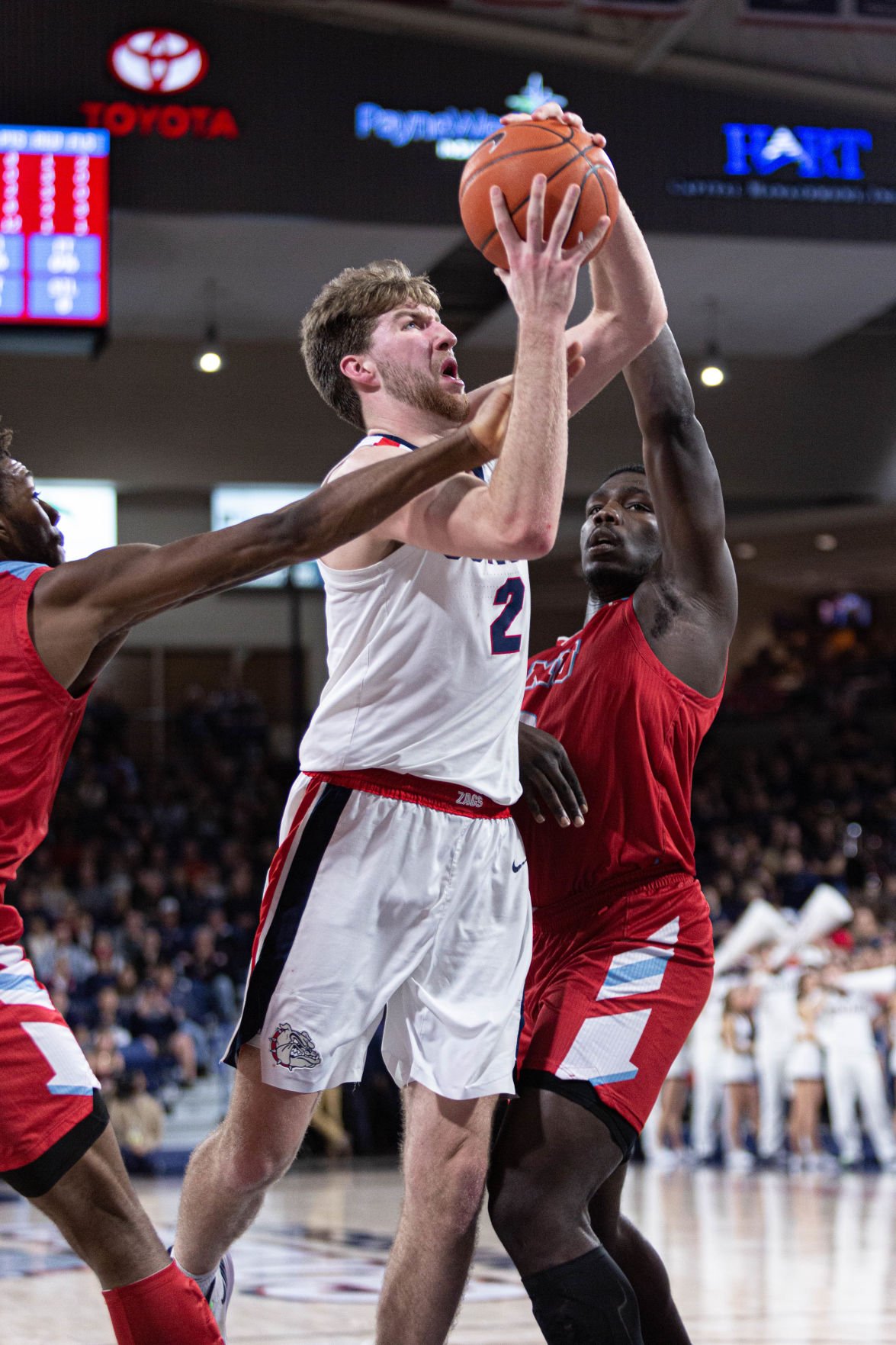 The Gonzaga Bulldogs went up against the LMU Lions in the McCarthey Athletic Center Thursday night, resulting in a 85-67 win for the Bulldogs.

In anticipation of this West Coast Conference collision, the Zags (23-1, 9-0) were looking to build off of their thrilling 83-79 win against the USF Dons, continuing their strong winning streak of 15 games. In the absence of senior forward Killian Tillie, freshman forward Drew Timme finished with a career high of 19 points to help push the Zags to victory. The Zags previously defeated LMU 87-62 in Los Angeles.

The Lions (8-15, 2-7) came into this game looking to break a three-game losing streak. In these past three matchups against Saint Mary’s, the University of Pacific, and Pepperdine, two of the losses were by double digits, with this most recent game being decided by one point. Junior guard Elijah Scott leads the Lions in scoring, averaging 15.7 points a game.

Timme would get off to a strong start to the game, scoring eight of the first nine points for the Zags. The Lions would keep it within two possessions, with a 3 from Scott and a layup from freshman Keli Leaupepe. After losing Tillie against USF, Timme stepped in and played valuable minutes for the Zags.

“It’s been great especially with Killian out, [Timme] is the next man up,” junior forward Corey Kispert said. “That’s been the theme for the whole year, next man up, and it’s just business as usual. He’s just doing his thing.”

At the start of the second half, the Bulldogs would take over with their own dominant show on the offensive end, as the Bulldogs went on a 21-12 run halfway through the second half. Graduate transfer Admon Gilder hit 5 of 8 3-pointers, adding a sparkplug from the bench that helped the Zags ride to victory.

The Bulldogs finished with five players in double digits. Sophomore forward Filip Petrusev led the way with 21 points, followed by Timme and Gilder each getting 17, ending with graduate transfer Ryan Woolridge’s 12 points and Kispert’s 11.

“We responded really well to adversity in the first half,” Timme said. “We came out flat. We didn’t play our best, and we really responded to [Coach Few’s] message at halftime. I was proud of the way we fought back.”

The Bulldogs will travel to Moraga, California, to face the Saint Mary’s Gaels Saturday night. Last time the two teams faced each other, the Gaels defeated the Zags in the WCC championship.

“I will never forget that,” Kispert said. “They’ve got a lot of swagger and confidence, and they think they’ve got a recipe to beat the Zags. As it stands right now, they have our number, and we’re going down there to take it back, and I’m really excited about Saturday.”