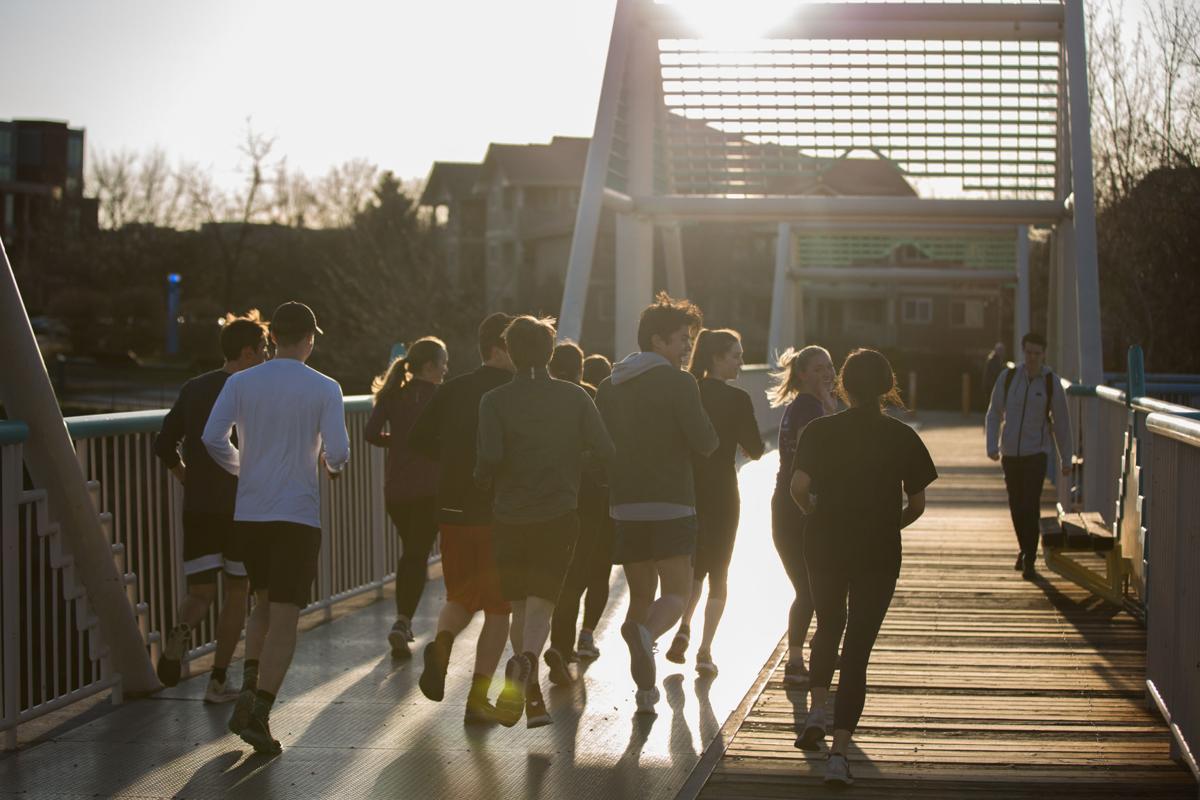 The Gonzaga Running club goes on their runs Mondays and Wednesdays at 5 p.m. 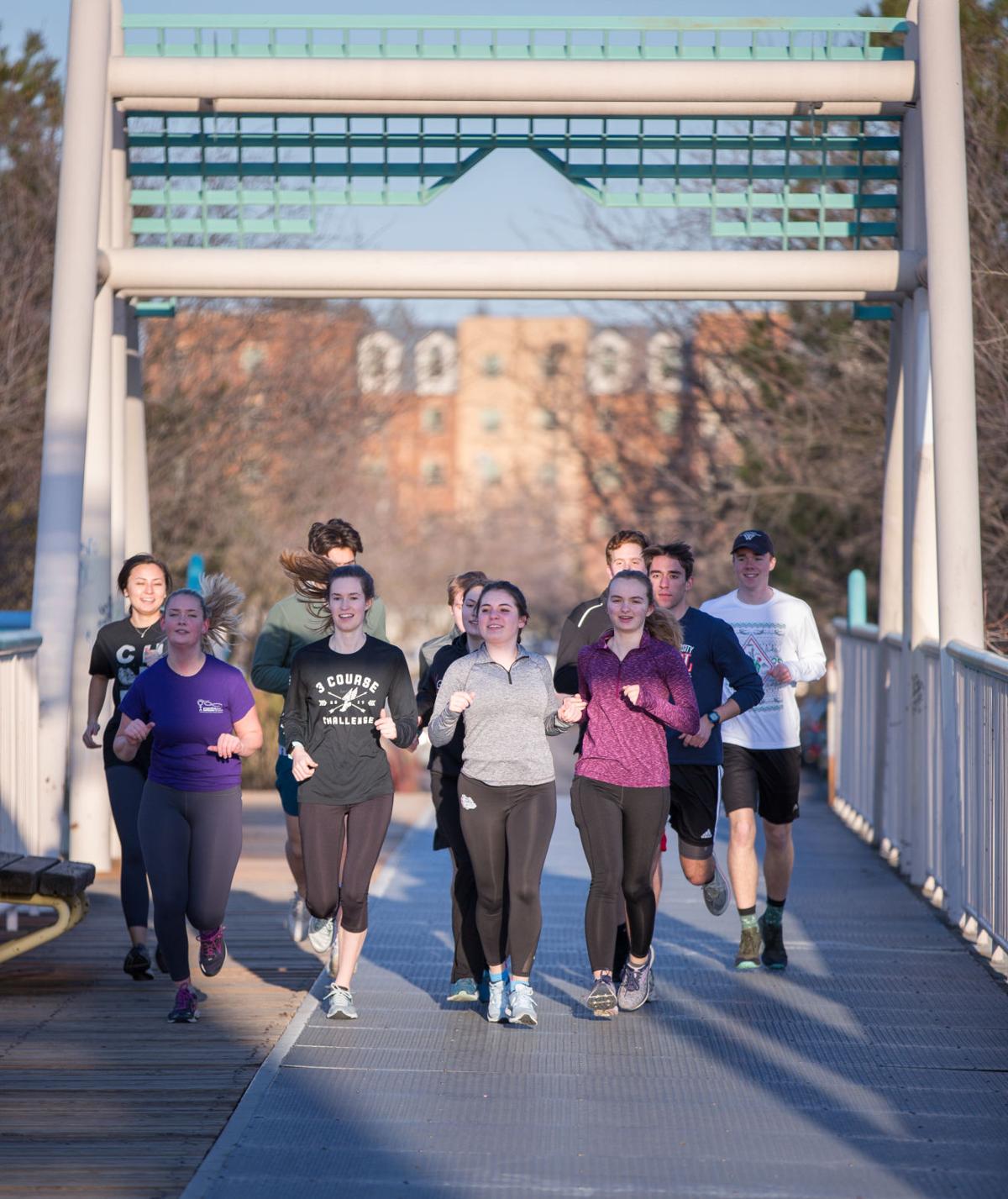 The Gonzaga Running Club meets at the Spike statue in front of McCarthey Athletic Center every Monday and Wednesday at 5 p.m. 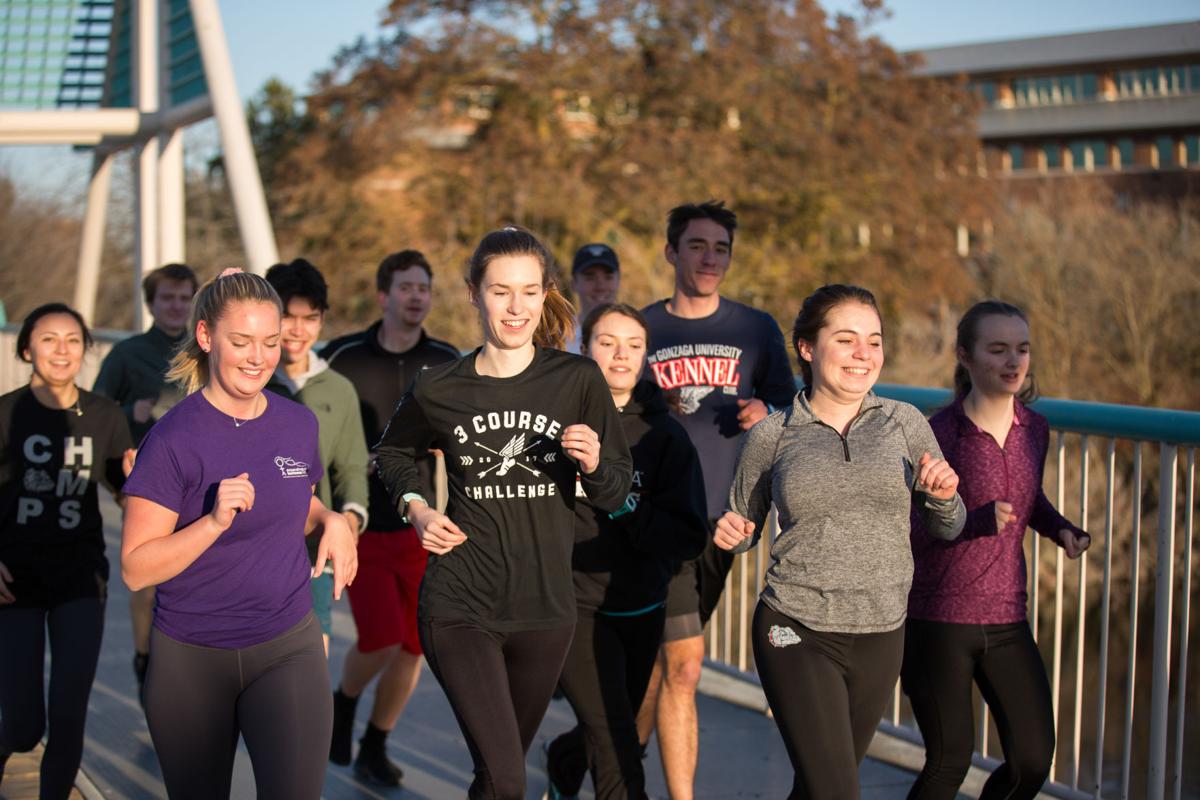 The Gonzaga Running Club and its members go for a jog on a Wednesday afternoon.

The Gonzaga Running club goes on their runs Mondays and Wednesdays at 5 p.m.

The Gonzaga Running Club meets at the Spike statue in front of McCarthey Athletic Center every Monday and Wednesday at 5 p.m.

The Gonzaga Running Club and its members go for a jog on a Wednesday afternoon.

The Running Club has been part of GU’s campus for many generations, but in recent years, participation dwindled. One spontaneous email in spring 2019 sent from sophomore Katie Frontz to the graduating running club president changed the club’s trajectory entirely.

Frontz became involved in the club her freshman year as a way to keep up with her newfound passion for running and meet new people. While she loved the athletic aspect of the club, she found the social part to be lacking. Few people would show up to practices and club morale seemed to be low.

“There were practices where only one or two people would show up,” Frontz said. “It was disappointing because I had such high hopes for the club.”

At the end of her freshman year, she emailed the club captain, who would soon be graduating, and jokingly asked if she could take over the club. But the baton was passed and Frontz went to work on assembling a team to rebuild the running club to its former glory.

The club is run by a board of four sophomores who are excited to create a collaborative and supportive environment. Alongside Frontz are Alison Gentzen, Cassie Woodworth and Caleb Yoder.

With one semester as leaders under their belt, these four Zags are more passionate than ever to welcome students to the club and create an environment where people can bond over their mutual love of being outside and getting active.

“We really have become like a family,” Gentzen said. “It’s become such a tightly knit community, but we’re always so excited to see new faces at our practices.”

Yoder said one of his favorite parts of the club is building those friendships with the potential to define one’s time at GU.

“There’s at least three or four kids that I’ve met through Running Club that I would consider to be pretty close friends,” Yoder said. “I think the fact that we meet only once or twice a week and you’re able to get so close to people you didn’t know is pretty special.”

Each student at GU has a unique story for how they got here, and this holds true for the journey to running among each of the four leaders.

For Yoder, running has been his passion since sixth grade. To him, running has always been more than just an athletic endeavor. Being part of track and cross-country teams in high school brought him some of his best friends, just as being part of running club here has created close relationships with other students.

Frontz’s relationship with running is recent, but has quickly become a close one. Her road to running started with a fairly spontaneous decision to run a half marathon her senior year of high school with her mom. Since then, she’s become a self-diagnosed “running addict” and can’t get enough.

“I just learned to love running so much from that experience,” Frontz said. “I really can’t go a week without [running] now.”

Gentzen was a budding soccer player in high school until a family trip led her to miss team tryouts. Looking back on it now, she said that was the catalyst for her running journey. Without soccer in her life, she switched directions and decided to join the cross country team. She took to it right away and appreciated the laid-back atmosphere of the sport.

“You can really get out of the sport what you want to take out,” Gentzen said. “I liked it because it was something I could do when I wanted to do it, but there was no pressure to make any major commitments to it.”

Woodworth was a serious volleyball player in high school until diagnosed with scoliosis her senior year and told she had to stop playing to prevent further injuries. Spurred on by a suggestion from a friend, she decided to join cross country. This was her introduction to the sport, but her passion for it developed when it became something she could share with her dad.

They began running together and it became a cherished father-daughter time. Running Club encourages any and all Zags to join if you’re looking to build connections with other students and want to get out and get moving.

To build that sense of community, members always start and end each practice as a unified group. To fit a wide variety of running abilities and needs, they offer three different distances of runs: two, three or five miles. After practices, they all head over to COG and have “family dinners” as a group.

“It’s a great way to take a break from school,” Gentzen said. “It’s a really social club, it creates a lot of great relationships. It brings so much more than running.”

Running Club meets in front of McCarthey Athletic Center every Monday and Wednesday at 5 p.m.

Audrey Measer is a staff writer.