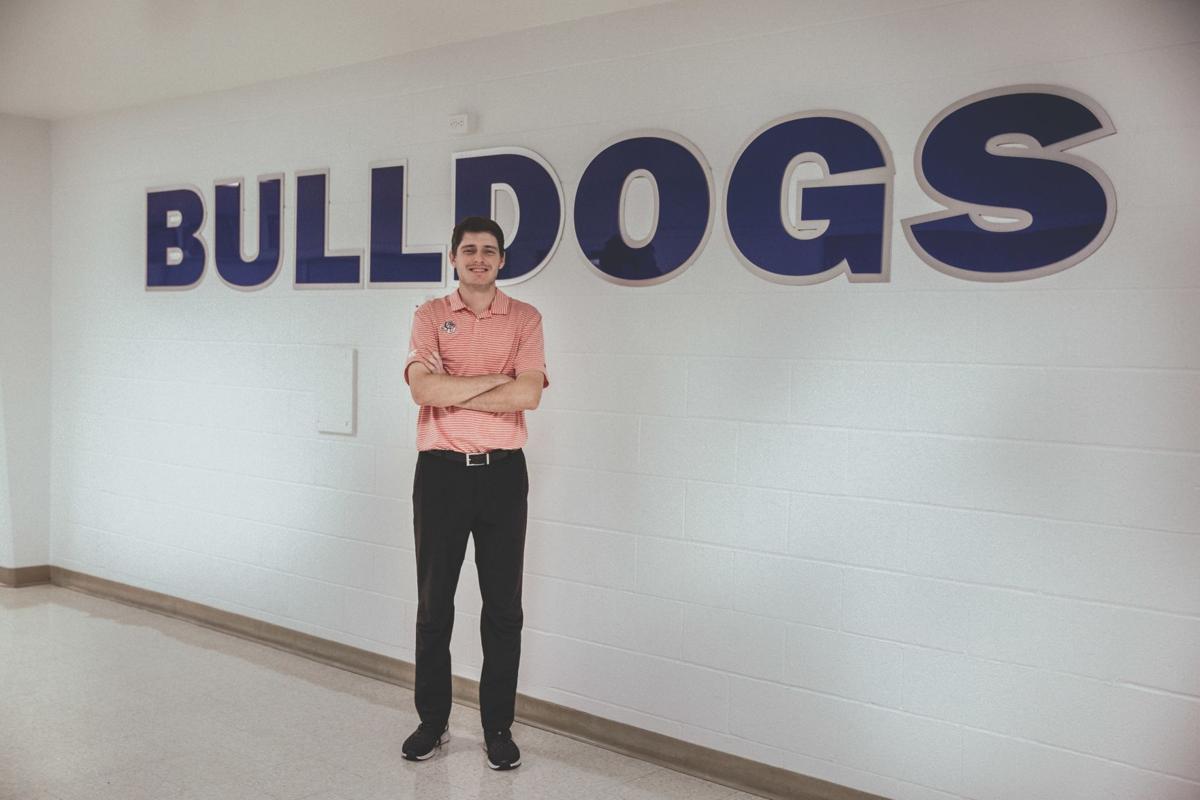 Gonzaga redshirt junior Matthew Ruel transferred from the University of Mississippi in the fall of 2017. 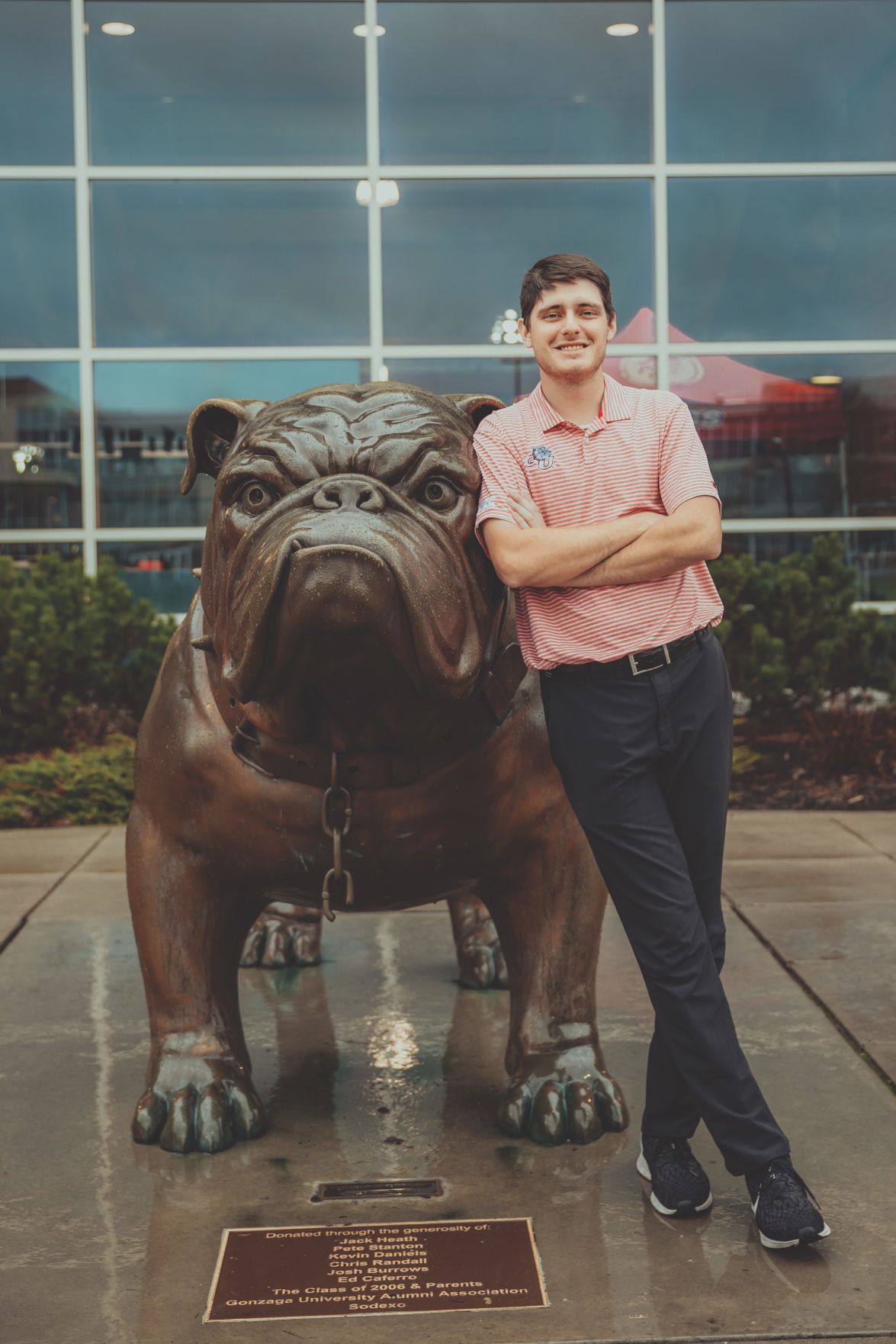 Gonzaga redshirt junior Matthew Ruel was diagnosed with ulcerative colitis in his freshman year before transferring to GU.

Gonzaga redshirt junior Matthew Ruel transferred from the University of Mississippi in the fall of 2017.

Gonzaga redshirt junior Matthew Ruel was diagnosed with ulcerative colitis in his freshman year before transferring to GU.

In fall 2017, redshirt junior Matthew Ruel packed his bags and moved nearly 3,000 miles from his hometown of Oldsmar, Florida, to Spokane to join Gonzaga men’s golf.

Ruel spent his first year of college at University of Mississippi, where he redshirted. His decision to transfer came after he was diagnosed with ulcerative colitis, a stomach disease, which caused him to lose 40 pounds.

“I went to Ole Miss, I weighed 128 pounds, it wrecked my golf game and everything,” Ruel said. “... Everything at Ole Miss was too fast-paced and I needed some time to get my game back together. I redshirted, I took a whole year to work on my health, get stronger and get my golf game back.

“The coach wasn’t very supportive, so I wanted to come somewhere where my coach and my teammates would actually have my back and really support me.”

At the end of his first year at Ole Miss, Ruel said he was so worn out and defeated from both his diagnosis and having a rough season that he almost quit golf altogether.

“When I was thinking of transferring, I had it down to Gonzaga and another school, and at the end of the school year at Ole Miss, I actually told my parents and the head coach and everyone at Ole Miss that I was going to quit golf and go back home to Florida,” he said.

He said when he got home and was about to call GU men’s golf head coach Robert Gray to tell him he wouldn’t be coming to Spokane, his parents sat him down and talked him off the ledge.

“I think my biggest accomplishment is getting over that and then taking up a better mindset on how I view golf and life in general,” Ruel said. “I was able to get over that. I’ve come a long way and I’m really happy with where I am now.”

Coming out of high school, Ruel had an offer from GU, so the school was on his radar before he decided to transfer.

Once Ruel came to GU, he knew it would be the place for him, thanks to similarities from his past. Ruel grew up Catholic and had a Jesuit education in Florida, so transitioning to GU was something familiar for him.

“When I came here and visited, coach Gray and the guys on the team were the best guys,” Ruel said. “They’re my best friends now, and coach Gray and coach Ross [Button] are phenomenal. It feels like a family. That was my biggest takeaway. Everything here, the community of, not just the team, but the school as well, was something I’d never experienced before.”

Ruel said one of the reasons he loves GU is the relationships he’s built.

“I got to host [Ruel] on his recruiting visit. Then, he came in sophomore year and immediately was playing on the team,” said teammate and senior Chris Mogg. “He probably didn’t have the greatest sophomore year he was hoping for but neither did I. We got really close over sophomore and junior year, and he’s one of my closest friends now. I know he’s a guy that has my back and he has since day one. He’s also grown as a golfer more than anybody that I know. It’s cool to see how much he’s grown over the years and I know that he had a setback his freshman year.”

Ruel said that between his teammates and coaches, he has found a community that has made his GU experience amazing and is a crucial reason for his growth as a golfer.

“He interacts well with everyone on the team,” Mogg said. “He’s always pushing everybody to be the best they can and he’s always inviting people to go practice outside of what’s required for the team. He goes above and beyond in that aspect. Individually, I know for me, he’s really bought into my golf game too. Matt is there for everybody and he pushes everybody to be as good as possible in a very competitive manner.”

Both Ruel and Mogg said they are incredibly competitive and because of that, are always striving to improve their game.

“I love to compete, and I love the process. It was a big process to fully regain my health,” Ruel said. “I’ve always been very competitive, and I really love the competitive nature of sports. I think that’s what kept me going.”

It’s been a long road back to full health, but Ruel said it was his competitive nature, and support from coaches and teammates that allowed him to gain his rhythm.

One of his favorite memories was with Gray in Arizona at his second collegiate golf tournament where he was not performing at the level he wanted.

“We play 36 holes in one day and I remember I finished the first 18 holes and I was walking to do the next 18. I was very defeated and really down on myself,” Ruel said. “Then, coach Gray walked up to me and I remember him saying, ‘Keep your head up. You know you have the ability. Don’t let the opinions of others affect you or how you view yourself or your golf game. Just go out there. You know you’re a good player, I know you’re a good player.’ That really put a smile on my face, and I went out there and I shot my best game ever in a tournament.”

Ruel said if Gray hadn’t offered him that advice, the rest of the tournament would have gone terribly.

“Hearing that from him really helped our relationship and how I viewed him as a coach because it really picked me up and it is something I will always, always remember,” Ruel said.

Ruel said being a Zag is the best decision he’s ever made. It has even influenced him to stay out west after graduation.

He plans to take up professional golfing after his last year at GU with the ultimate goal being able to compete on the PGA Tour.

“It’s not easy and very few guys make it out there, but I think it’s not an unattainable goal. I just think it’ll take a lot of practice, a lot of hard work and some luck,” Ruel said. “It’s a dream I’ve always had, and I think that if I can put the time in, who knows, I might never get close (or) I might make it.”

Over the next year, Ruel said he hopes to help lead the Bulldogs to a West Coast Conference Championship and NCAA Regionals.

“Our team hasn’t won the West Coast Conference before ­­­— I think our best finish is second,” Ruel s­aid. “We have a lot of talent. I just think it’s putting it together and staying positive.”

Ruel said he is happy with all he’s accomplished and his decision to come to GU, and wouldn’t have it any other way. He plans on using his final season of eligibility  next year.

“I decided I wanted to come out west and give it a shot,” Ruel said. “I took a leap of faith, came out here and it has been great.”