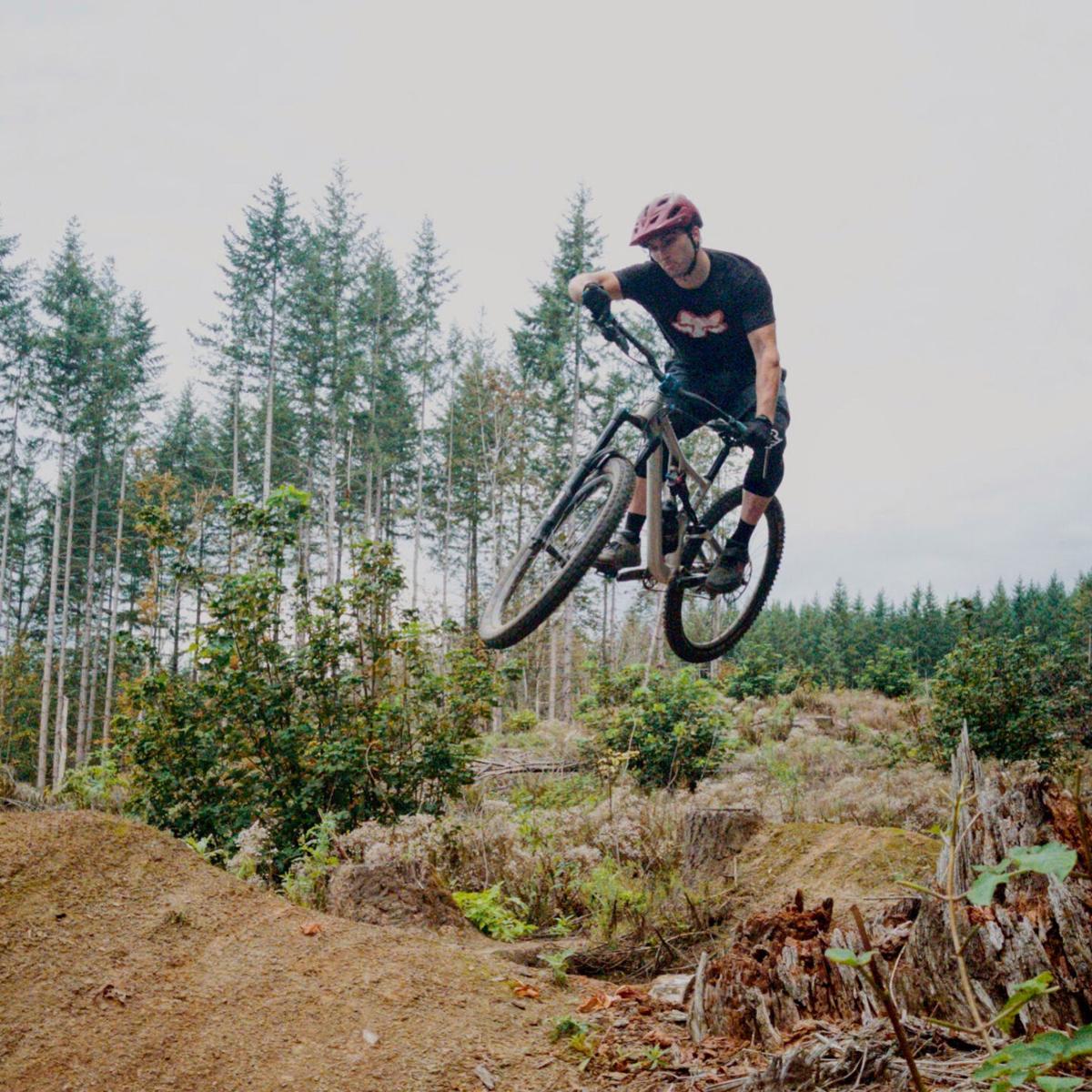 Alden Gwinn dabbles in a myriad of extreme sports along with road biking, including mountain biking and downhill long boarding. 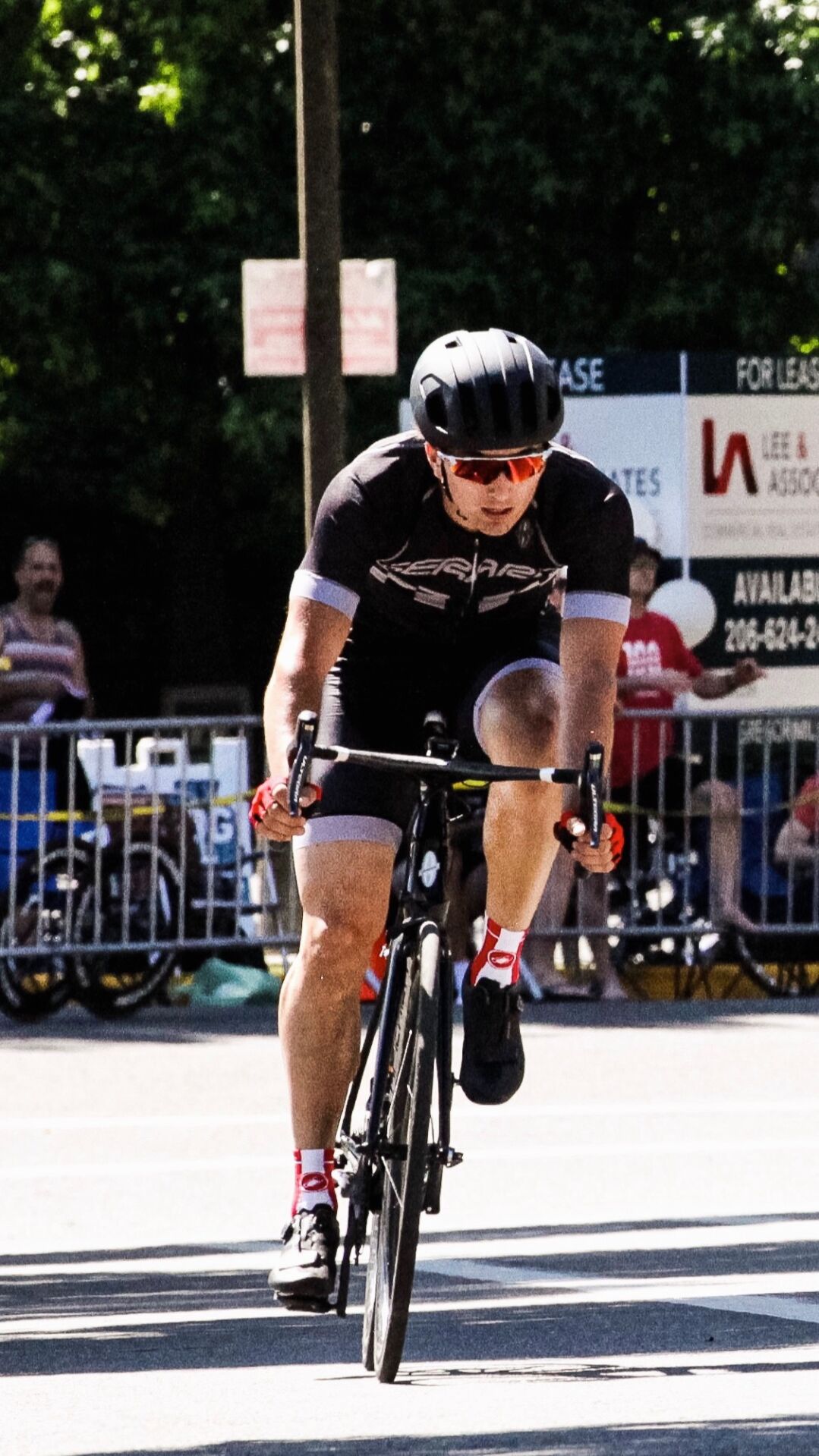 Alden Gwinn dabbles in a myriad of extreme sports along with road biking, including mountain biking and downhill long boarding.

Going fast and pushing the limits- that is exactly what GU senior, Alden Gwinn has been doing his whole life. Gwinn is what some consider an adrenaline junky, which is why Redbull among other companies, sponsored him at the age of 13, to downhill longboard and earned him a spot on team Audi for road biking under USA Cycling.

Although the Issaquah, Washington native dabbles in many different extreme sports, road biking is his main focus, as he constantly tries to push the limits.

Gonzaga Bulletin: How did you get into biking?

AG: “I feel like I come from a very outdoorsy family and because of that my parents always tried to push me to do something that was outside and I kinda had this, what we call, ‘smart-stupid’ gene. Where I would think through what I was going to do and I would still do it anyway. I didn't really have that fear factor.”

Gwinn spent summers riding bikes at camps where he was taught how to do tricks on a mountain bike and ride his bike through tricky terrain, which helped spark the passion for biking.

“When I was 10-years-old, my family moved to the Netherlands, and everybody bikes everywhere. There are no school buses, there are more bikes than there are people in the country. I think that solidified my love for it, just because I didn’t necessarily have a choice. There are no school buses so rain or shine, you have to bike to school every day- nobody’s parents drive them to school. It is weird because you could live 10 miles from the school and that is nothing to these people. There are people who are 70-something- years-old and they bike to the grocery store single every day. The bikes have saddlebags on the back for your groceries and baskets on the front. It is a totally different lifestyle. Except it is a flat country so when we moved there I couldn’t really mountain bike so that is when I got into road biking.”

Gwinn said his father also helped start his love for biking as it was something they did together, but there comes a point where he started to surpass his father and then joined a team to continue his love for road biking.

GB: Why do you love biking?

AG: “I am an adrenaline junky and people don't realize that when you are going 30 miles an hour on a road bike you really have to be focused because if you crash it would hurt. I have always had a thing for going fast and I don’t know why that is, but I never liked going slow. I like going fast and kind of the elusive feeling of being able to do something someone else can’t do, where it is a skill, but it’s not. I have always had a thing for extreme sports. Growing up I was sponsored by over 20 companies and Redbull for longboard racing. I was going 75 mph on a longboard, no brakes, so that was kind of the element as to why I got into road biking, because I love the speed, but it was a little bit more of a mature sport I’d say.”

“I always loved being in the middle of nowhere, like in the forest with your buddies. I am also not on my phone on the bike for hours. It is just you and all the sounds of everything around you and that is the most beautiful part.”

Exploring is another reason Gwinn fell in love with biking- road and mountain.

“You have to explore. People don’t realize how far 100 miles can take you. That is almost halfway from Spokane to Seattle. I have gone so many places where I have no idea how I found them on my road bike.”

AG: “It’s tricky because it is a really strategic sport because those [jerseys] are meant to be there to kind of mess with you. Some people will try to go out and win a checkpoint, but don’t have enough energy to cross the finish line and win. They are meant to test your patience and self-control. I’ve done it before where I've been like ‘oh I can win one of these things, I am going to do that because I don't know if I can win at the end’ and then burn out and people will leave you on the race because you wasted too much energy on one of those.”

After thinking about strategy for the race, getting on the bike requires mental toughness for exercising at anaerobic capacity.

“Imagine sitting there on a bike with only two water bottles and they aren’t that big, and you are exercising as hard as you can. Two years ago the Washington State Championships were in Spangle and it was 90-something degrees out and it was just miserable because it was so hot and you don't have that much water so you have to conserve so you don’t bonk from the heat. It is more than just strength and it is a weird thing to grasp because it is hard to get on a bike… there is so much strategy to it that people don't realize.”

“It is a drafting sport, so it is all about trying to be within an inch of the guy in front of you. It is scary but when everyone is doing it, it is not that scary because you know how focused everyone is.”

GB: How long are your races?

AG: “A day race would be 100 miles and it ranges from about 50- 70 people in the race. These races are more endurance, but I also race criteriums. What it is is a small quarter-mile loop where they say ‘ok you are going to race for an hour’ and you have to try to pass and lap people. If you lap someone they get eliminated, so the whole part of the race is trying to go as fast as you physically can and you eliminate people.

“There are two styles of bikes. You have the weirdly skinny emaciated, not-so-attractive type of style. And then there is the sprinting, which is more of that criterium. It is bigger and more muscular because it is a lot more power orientated. I say I specialize in criterium racing because I don’t like being that skinny.”

GB: How does scoring work?

AG: “It is a racing sport, but at the end of the day, there is a style aspect to it too. So you can not be the fastest, but be really good at what you do to a certain extent like you have a niche thing about you and you can still have a blast.”

Depending on the race, there are different mileage checkpoints, but for the sake of simplicity, Gwinn used a 100-mile race to explain.

“The first checkpoint could be 20-something miles in and in cycling there are different jerseys you can win, so you wear that jersey to the next race. So in those checkpoints [first checkpoint] could be after a flat section so it would be a sprint section, so if you go through that first you get points. There are different jerseys- a sprint, hill climbing, and leaders jersey. People target different jerseys… Some of the most successful cyclists have never won a race before because they only go for the sprint jersey and it makes it so much more competitive.”

The winner of the sprinting jersey wears green, the winner of hill-climbing wears polka dot and the leader wears yellow.

Gwinn said that if GU students are looking to start road or mountain biking, the Seattle area is a great place to start and well as the Centennial Trail or Beacon Hill in Spokane.