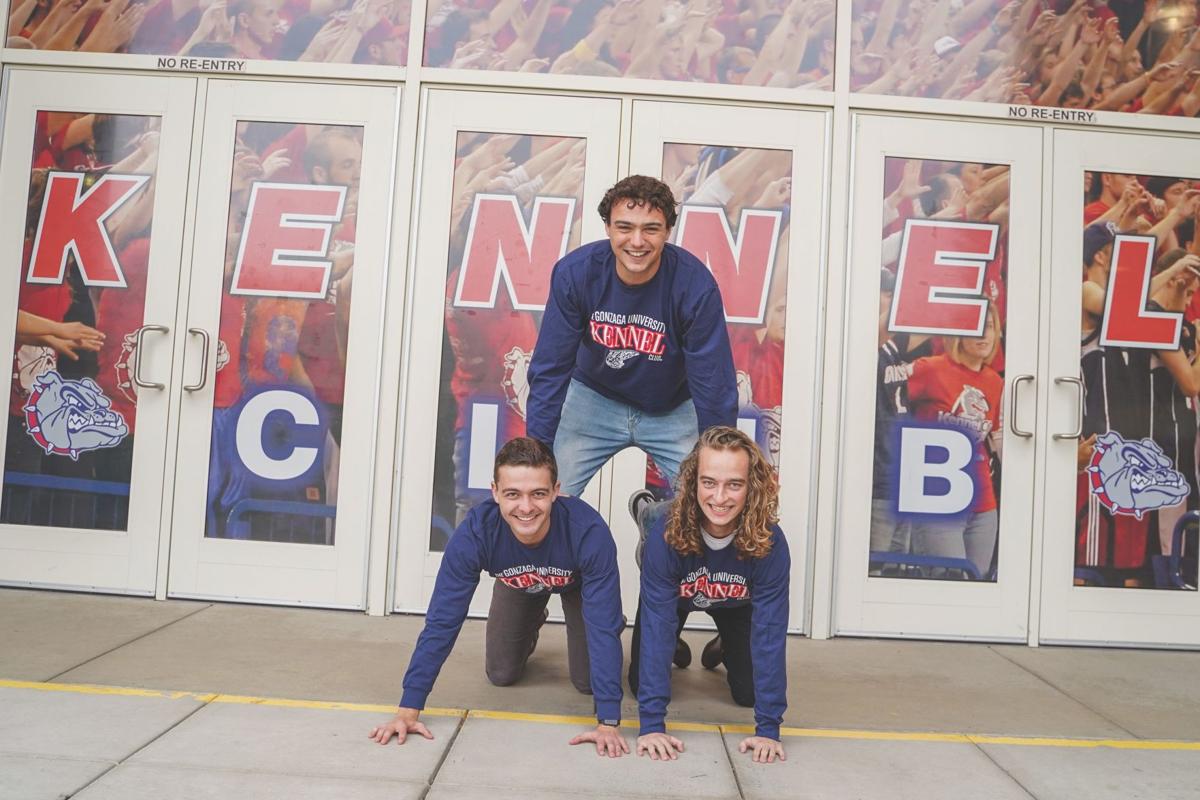 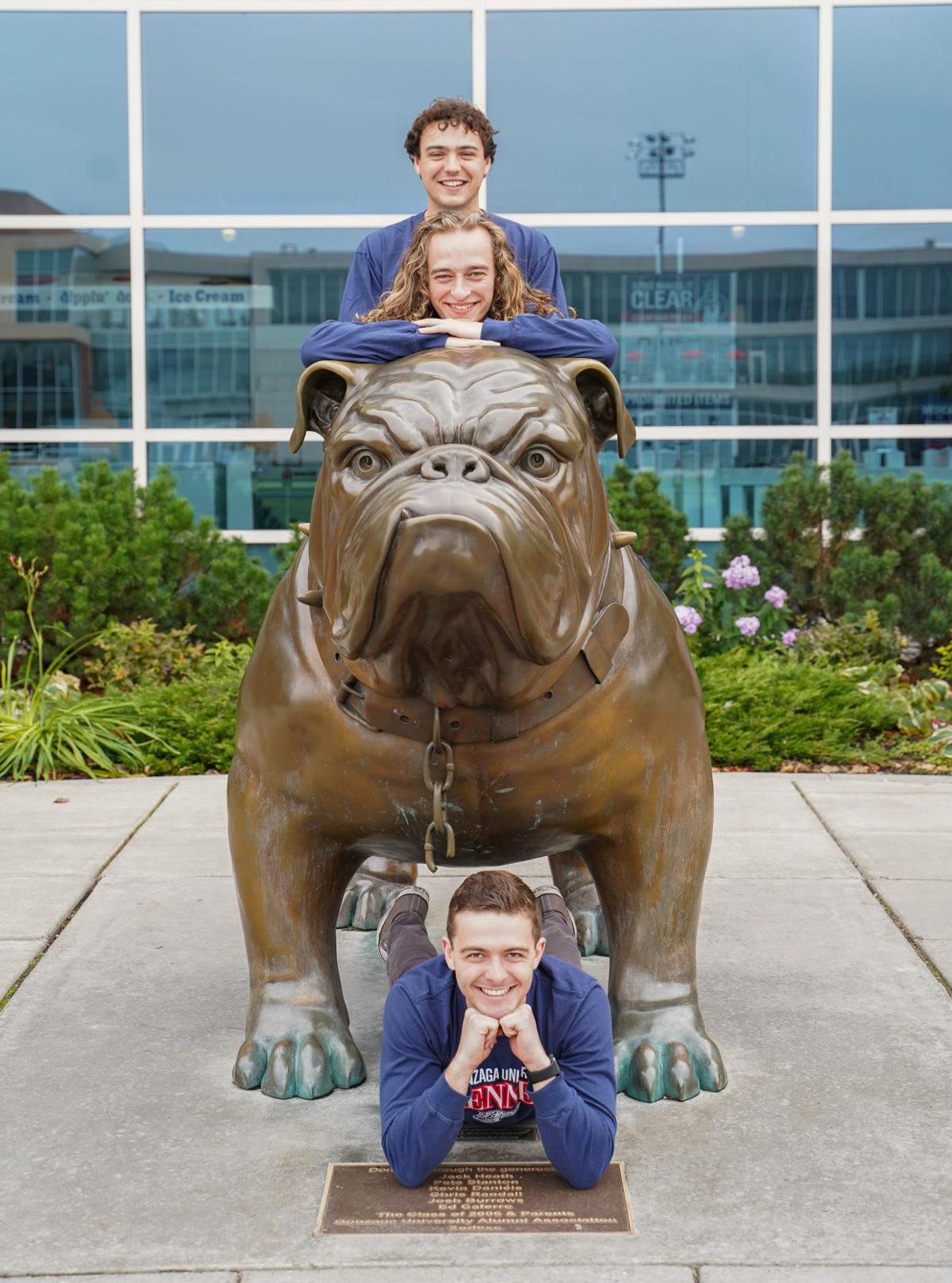 GU's Kennel Club leadership maintains a close relationship with athletics as part of their goals to enhance students' fan experiences.

GU's Kennel Club leadership maintains a close relationship with athletics as part of their goals to enhance students' fan experiences.

As Gonzaga athletics grow and the student body expands, it’s almost inevitable that Kennel Club’s presence will continue to do the same. It's common knowledge that Zags are crazy about their school's athletic teams, particularly those with a ball and a hoop.

With that growth, the club’s role in facilitating much of students’ excitement has become a pivotal piece of GU’s brand. Kennel Club is an organization that endears students to athletic experiences, which lead many to choose the university in the first place.

“College athletics has such a special place in American society because it allows students, alumni, fans to buy into something bigger,” said Matt Cranston, a senior and Kennel Club’s 2019-2020 president. “You’re cheering for the university, not just a sports team or a player on a sports team.”

Cranston is joined by fellow seniors Rory Loughran and Davis Hoover as this year’s Kennel Club executives. All three have been involved in the club and athletics since their arrival at GU, and the transition to leadership only felt natural for them coming into their final year on campus.

“I know [Kennel Club] definitely allowed me to grow as an individual,” Hoover said. “Between my freshman year and now, I’m a completely different person. I’m much stronger socially.”

As president, Cranston works on ordering club apparel for members in conjunction with Hoover, and he oversees all external communication and organizational support. He said he appreciates how the club allows him to serve students more directly.

“In the greater student body, the joy that we bring year after year, especially to the incoming freshman class, is really cool,” Cranston said. “Making those connections with freshmen year after year … you don’t get that a lot at other colleges. The thing about Gonzaga is that everyone is there for everyone.”

Loughran is the club’s vice president, working with representatives in each class and helping to put on club-specific events, while Hoover acts as treasurer, dealing with budget and gathering funding for events. The two meet with GU’s athletics department on a weekly basis to plan for athletic events and strategies for expansion.

That symbiotic relationship has largely been to the benefit of both parties since the club became an official school-regulated organization almost 15 years ago. Kennel Club gets resources and visibility from athletics, and athletics benefits from the image of The Kennel and all it entails.

“They scratch our back, and we scratch theirs,” Cranston said.

The marketing is clearly strategic. One can see it most clearly in the Volkar Center hallway, where a massive poster hangs of a Sports Illustrated cover that features a number of GU students cheering alongside former men’s basketball star Kelly Olynyk.

Farther down the hallway, an interactive kiosk allows visitors to paste their face into the student section and imagine themselves within the experience of a home basketball game.

That image has become predominant for those both in Spokane and watching from around the country. McCarthey Athletic Center is often rated as one of the most difficult places to play in the country, making it to the semifinals of the "Naismith Student Section of the Year" award in 2011-12. The sea of red that fills up many of The Kennel's seats has earned some credit for that.

GU men’s basketball head coach Mark Few at one point estimated that the student section, on average, is good for seven points in any given home game. While it may be a case of quantifying the unquantifiable, the three seniors swear by it.

“Teams know when they come to Spokane that they’re going to have to deal with [the student section] the whole game,” Loughran said. “We’re usually rated as one of the hardest places to play, and that’s because of the Kennel Club, because of the students.”

But it’s also no secret that Kennel Club has faced its fair share of criticisms. Primarily, it's come in the form of questions about the inclusivity of its leadership and equal commitment to all sports.

Cranston said the criticism of the club that concerned him most was that members believed they didn’t get value out of their membership. He declined to speak on other historical criticisms, adding that he believes they are perpetuated because they continue to be brought up.

“Members should be at the forefront of our decisionmaking,” Cranston said. “And unfortunately, if you look at the history of the club, there was a time where it was not that.”

One is not required to be a member of Kennel Club to attend home games and cheer for the Zags. But it’s often a safe bet that with around 1,800 members for the last five years, a good number will be present for any given game. Club leaders also guide the majority of group cheers in the student section.

Some of the benefits of membership include Kennel Club-branded clothing, local discounts and members-only promo items throughout the year. The club’s 21-plus Social Club membership also provides a specialized jersey, free entry into specific events and free shuttles to and from those events.

offered for men’s basketball games this season, the first of which takes place on Nov. 9 before a

Cranston said one of the club’s priorities this year has been to add as much value to membership as possible so as to encourage more people to join.

“The money you pay up front, we want to make sure we double or triple your investment,” Cranston said. “We want to emphasize quality over quantity.

“If we're giving stuff out and you want to get it, you have to be a member. There's no way to freeload off of it anymore.”

Another point of emphasis in recent years has been the expansion of student attendance and participation at nonbasketball events.

Cranston said men’s and women’s soccer, volleyball and baseball on-campus games have all seen significant increases in attendance over the last four years, largely thanks to giveaways and tailgates offered as incentives for students who attend. The three executives agreed that their goal is to create an atmosphere at those games akin to basketball games at McCarthey.

“Just the craziest energy you could possibly have,” Cranston said. “That sea of red is just the most terrifying thing. … That's the kind of energy that we love to see and kind of what it's all about, just being rowdy. Being there for student-athletes regardless of the sport.”