You have permission to edit this article.
Edit
News
Sports
A&E
Opinion
Newsletters
e-Edition
About Us
Classifieds
Zag Mag
Dining Guide
1 of 2 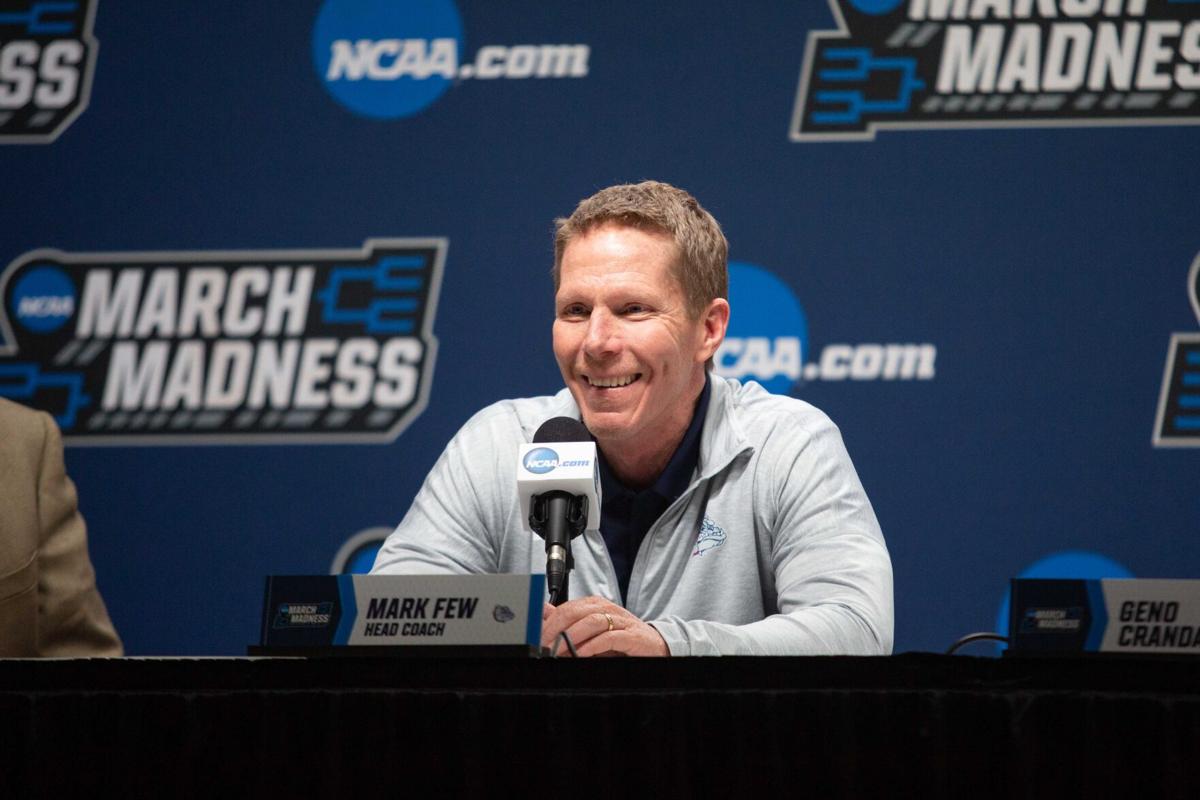 Gonzaga men's basketball head coach Mark Few is one of 35 coaches to join the MMLI. 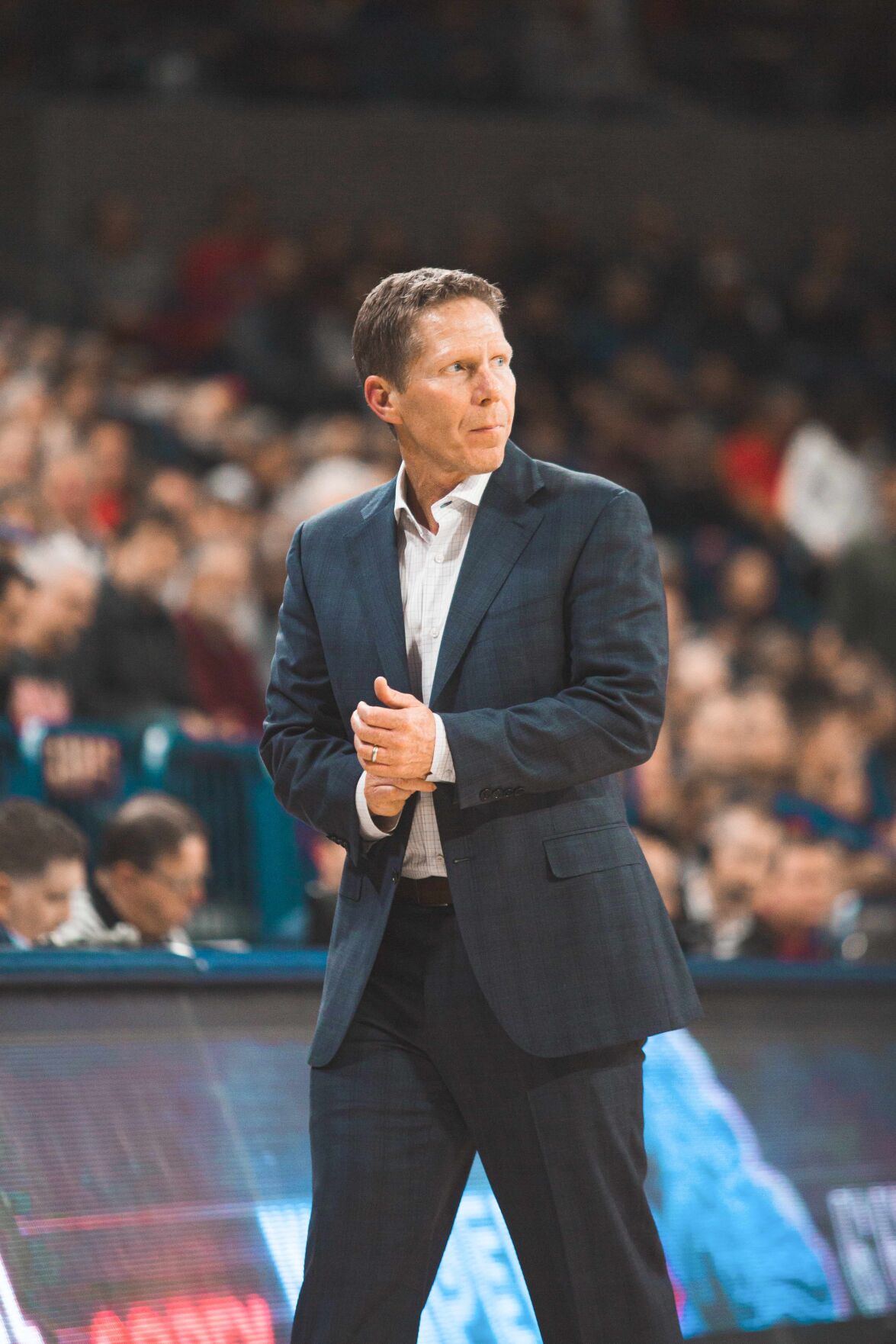 Gonzaga men's basketball head coach Mark Few is one of 35 coaches to join the MMLI.

For generations, sports and activism have been linked one way or another. From Muhammed Ali to Colin Kaeperniwck, the platform has allowed sports influencers to use their social and economic status to push for change in society and the impact an athlete can have on their community is exponential. Many have their own foundation or charity geared toward a certain cause while also participating in social movements and protests. The impact sport influencers can have on their community is exponential.

Yet, despite continual effort by the sports base, many calls for action have gone unheard, as the sports platform can at times not be large enough to overcome the power structure that overrules the issue at hand. But as more significant figures of the athletics community come together to beget social initiatives, change becomes more eminent.

And thanks to Gonzaga University’s men’s basketball head coach Mark Few, with the help of other collegiate coaches, change is on the way.

Few, along with over 35 fellow collegiate coaches from across the nation, will be a part of the McLendon Minority Leadership Initiative (MLI), a program recently established by University of Kentucky’s John Calipari and Harvard University’s Tommy Amaker.

According to the group of coaches, the purpose is to “provide minorities a jump-start to their careers through practical experiences, opportunities to build their network, and instilling the values of John McLendon,” according to the MLI’s website.

McLendon was a Hall of Fame coach who is recognized as the first African American head coach at a predominately white university, as well as the first Black head coach in any professional sport.

“The thing I love about this, is that this is action,” Few said on Coffee with Cal. “And we’re finally doing something.”

Coaches who have committed to the MLI will serve as ambassadors and mentors to minority candidates on their respective campuses.

Whether it’s for basketball or social justice, the GU men’s basketball coach believes that actions are the only way to have an influence.

“We can talk about playing defense, but you know, your actions show where your values are,” he said.

Just like before playing a big game, everyone involved in social justice has to know the game plan in order to have success. At GU, it came down to the athletic department having an open dialogue to generate awareness. Chris Standiford, GU’s deputy director of athletics, was involved in many conversations aimed to educate and enhance understanding of the situation regarding social justice.

“It’s one thing to hear words and rhetoric,” Standiford said. “It’s another to have context and understanding. That to me has been a real awakening.”

Standiford admitted that it was easy for him to set aside the seriousness of the situation, but after hearing certain experiences, he’s come to the realization that it’s time for change. He even talked to Tommy Lloyd, assistant basketball coach, about what could be done at GU and how the athletic staff could do its part to change the culture.

“We were brainstorming and talking one day,” Standiford said. “I think the idea of an internship had actually come up in that conversation.”

While no official plans to start such a program were set in place, the concept of creating opportunities for others was in the minds of everyone in the department. There exists a willingness to bring diversity to a region that, for the most part, isn’t diversified. Standiford believes that the MLI could possibly change that narrative.

“This initiative at Gonzaga specifically is going to give us the ability to bring somebody here that would not normally be attracted to come here,” Standiford said.

This potential obstacle for some has limited a diverse range of applicants from applying to GU in the past, according to Standiford. But with the MLI, candidates from a select pool will be provided to the school and have an opportunity to succeed in an environment they may not have considered in the first place.

The hope is that as this program progresses, more candidates from the MLI will feel comfortable that they can gain valuable experiences at a university like GU.

Mike Roth, GU Athletic Director believes that these experiences can not only lead to careers, but also change the perception around hiring minorities.

“It doesn’t matter what you look like or what your orientation is, what matters is what you can do,” he said. “A lot of that gets developed through experience.”

However, as everyone knows, getting that first taste of experience can be challenging in a competitive job market. Employers typically lean toward the more qualified applicant over hiring a newcomer, making it difficult for many to get their foot in the door. Those who are fortunate enough will eventually receive a chance to get their career started, while others are continually passed up time and time again.

Roth noted the importance of luck when it comes to job searching.

“We all had to start someplace,” he said. “Somebody gave us all a break at some point.”

This initiative aims to provide that “break” to minorities who might otherwise fall short of landing a job elsewhere.

“The biggest thing for us is that we can’t be bystanders,” Roth said. “If we stand by, then we are part of the problem, so we have to take action.”

Even the little actions can have a large impact; it’s a matter of seizing opportunities to spark change, from creating initiatives to simply stopping inappropriate behavior.

Few has certainly taken charge in this effort to change the culture from GU’s perspective, but that doesn’t mean he has to be the only one.

“We all have a place where we can make an impact,” Standiford said. “Mark has a larger platform than others, but that doesn’t mean we all don’t have individual responsibilities.”

Finding avenues to make a difference can be challenging, especially when there’s a lack of awareness and perspective. Just another reason why having open dialogue’s is a crucial first step when deciding a course of action.

The latest plan of action involves the West Coast Conference, which recently implemented the “Bill Russell Rule.” This act states that each WCC school is “required to include a member of a traditionally unrepresented community” when considering leadership positions. While this rule differs from the MLI, it’s still a step forward in the right direction.

Because it’s time for action.

Column: GU campus culture heightened with sports to cheer for