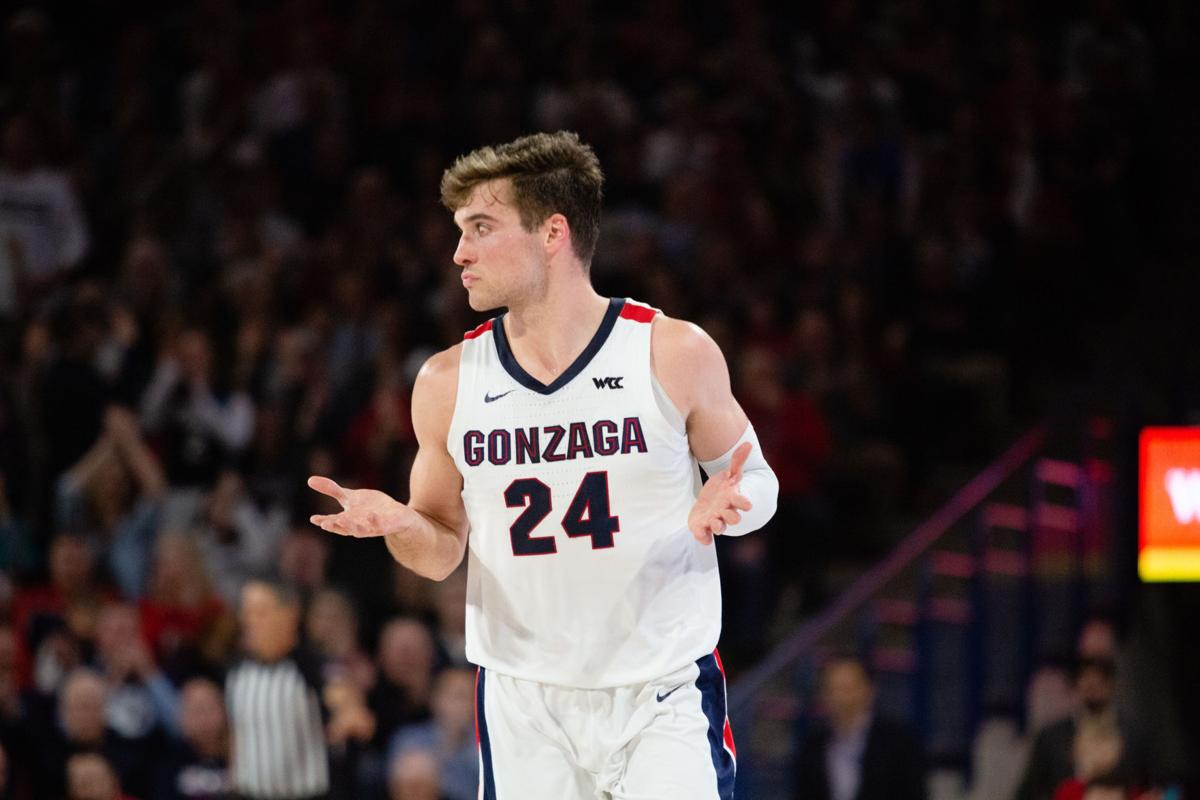 Gonzaga junior Corey Kispert shrugs after hitting one of his five 3-pointers in a 94-81 win over North Carolina Wednesday evening. 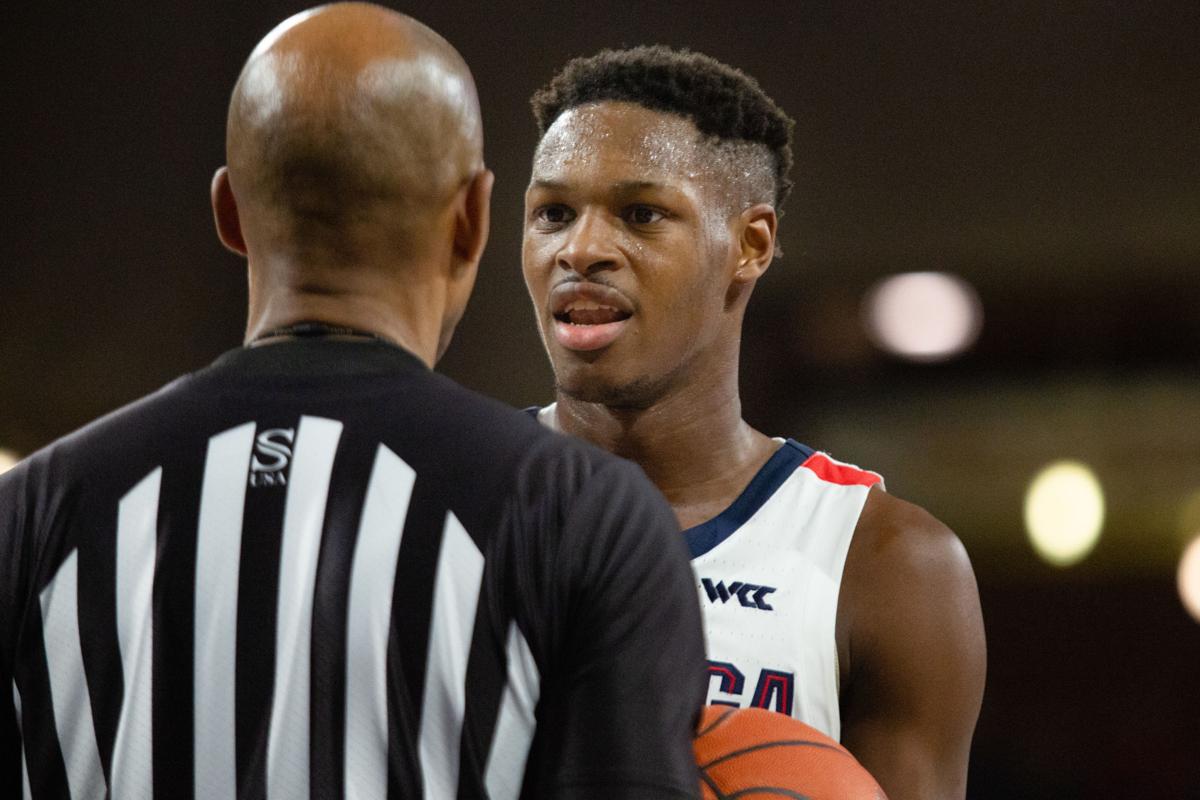 Gonzaga redshirt sophomore Joel Ayayi talks with a referee. Ayayi had 11 points and 10 assists in the Bulldogs' 94-81 win over North Carolina Wednesday evening. 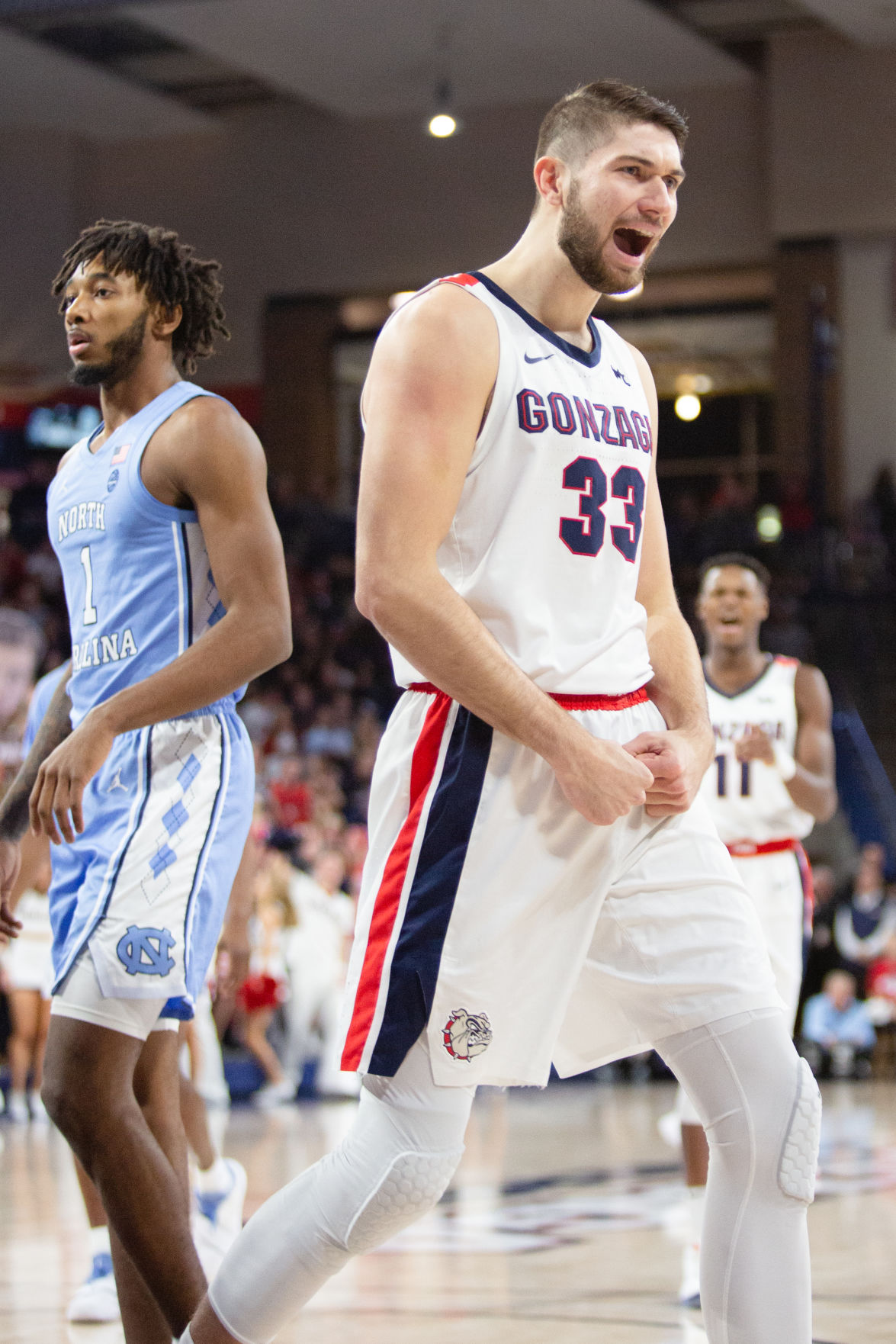 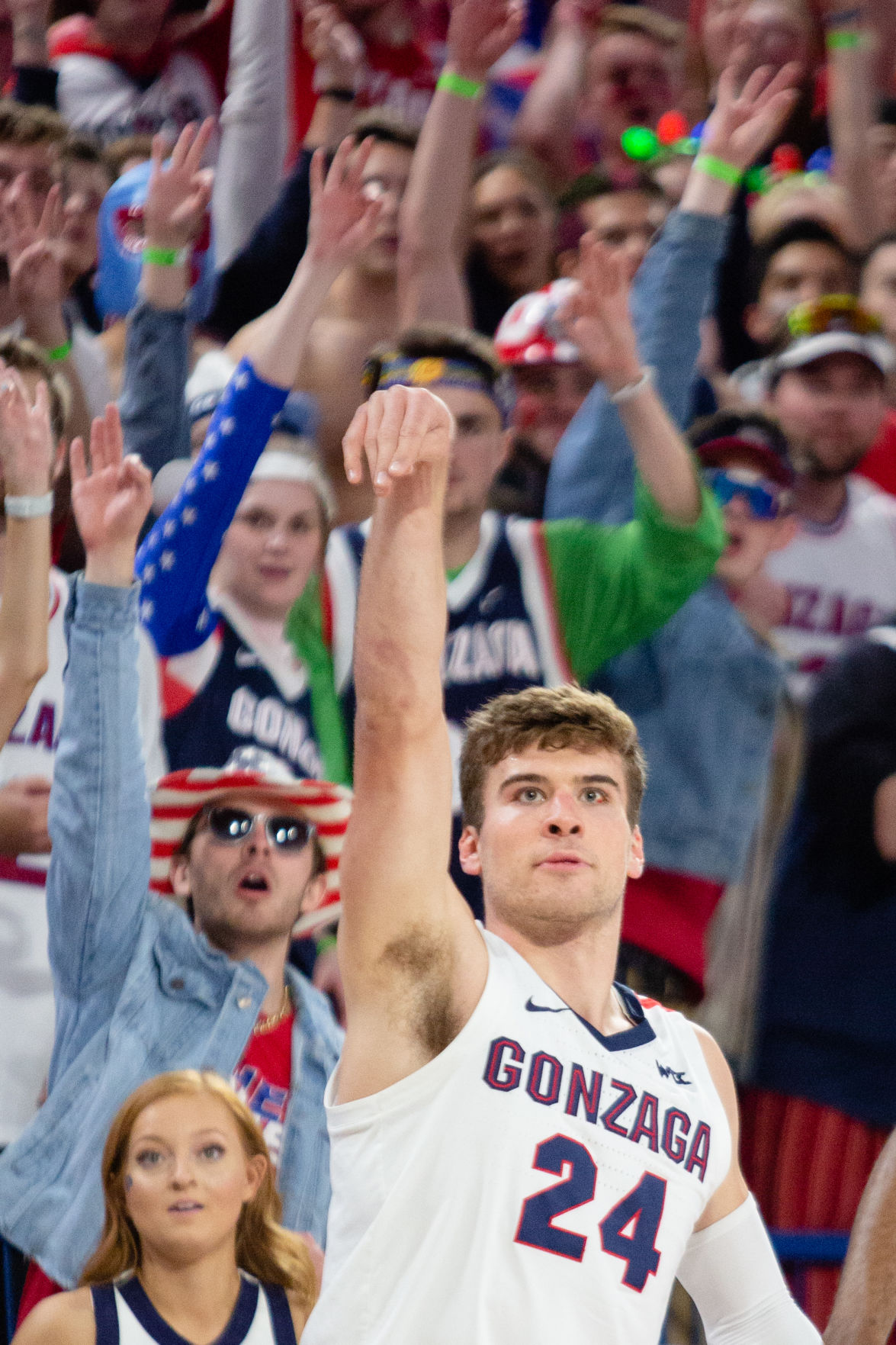 Gonzaga junior Corey Kispert watches one of his shots sail through the air during the Bulldogs' 94-81 win over North Carolina Wednesday evening.

Gonzaga junior Corey Kispert shrugs after hitting one of his five 3-pointers in a 94-81 win over North Carolina Wednesday evening.

Gonzaga redshirt sophomore Joel Ayayi talks with a referee. Ayayi had 11 points and 10 assists in the Bulldogs' 94-81 win over North Carolina Wednesday evening.

Gonzaga junior Corey Kispert watches one of his shots sail through the air during the Bulldogs' 94-81 win over North Carolina Wednesday evening.

You might remember the NCAA championship game in 2017. Gonzaga faced University of North Carolina in a battle that ended with a 71-65 Tar Heel victory. Last season, the Tar Heels beat the Bulldogs 103-90 in Chapel Hill. GU fans have waited months to compete against the Tar Heels but this time, with the home-court advantage on their side.

The two teams met in the McCarthey Athletic Center Wednesday evening to once again duke it out. The second-ranked Bulldogs (12-1) finally found success in conquering, walking away with a 94-81 victory.

After the Tar Heels (6-5) won the tipoff, they flew to the basket with the first layup of the game.

The Bulldogs returned quickly with a basket from sophomore Filip Petrusev. The crowd exploded, calmed down for a few seconds and then burst out again when junior Corey Kispert converted his first 3-pointer of the game.

“It felt really good. I was in the zone,” said Kispert, who scored a game-high 26 points on 10-of-12 shooting. “And it helped that the atmosphere was like it was.”

The two teams continued to race back and forth at such a fast pace that the shot clock could have been set at 20 seconds rather than 30. Within the first eight minutes of the game, the lead shifted many times. But with 10:18 remaining in the first half, GU established a five-point edge and that lead continued to grow throughout the game.

Upon returning to the court after a timeout in the first half, the Bulldogs lost their groove a little and the fans’ enthusiasm wavered. More than two minutes passed without a shot going through the hoop for the Zags, but a 3-pointer from redshirt senior Admon Gilder ended the dry spell.

The rest of the half featured takeaways from both teams, leading to easy buckets.

One particularly notable interception was from redshirt sophomore Joel Ayayi, who passed the ball back and forth with redshirt senior Ryan Woolridge before scoring. Ayayi also had a steal later in the game, which he took down the court for a dunk.

The second half started much slower than the first. Neither team scored for the first two minutes, but it picked up with a dunk from North Carolina, which trimmed its deficit to 44-39.

Petrusev helped bring success in the second half with interior scoring and free throws. Not only did he draw several fouls, but he finished strong at the rim for multiple and-one opportunities.

Though freshman Anton Watson was out with a shoulder injury and senior Killian Tillie was in foul trouble much of the game, the rest of the team compensated for their absences.

Five guys — Kispert, Petrusev, Ayayi, Woolridge and Gilder — scored in double-digits. Kispert led the charge with his 26 points, including a 5-of-6 showing beyond the arc.

“As soon as that ball went through the hole, I just knew it was gonna be my night,” Kispert said. “The hoop felt big and the guys were finding me.”

Head coach Mark Few said it was the type of performance you want from an experienced upperclassman.

North Carolina began to close the gap toward the end of the second half, but the Bulldogs kept their opponent at bay to preserve a 94-81 win. Despite North Carolina missing its star point guard, Cole Anthony, and lacking the high-end talent of past seasons, a win for GU still carries significance.

“Beating the Tar Heels, no matter who they have on the floor, feels good,” Kispert said.

The Zags welcome Eastern Washington (7-3) to The Kennel for a Saturday showdown at 2 p.m.

“We got one more left,” Few said. “We gotta get some rest, get gassed up and try to finish this thing off strong.”