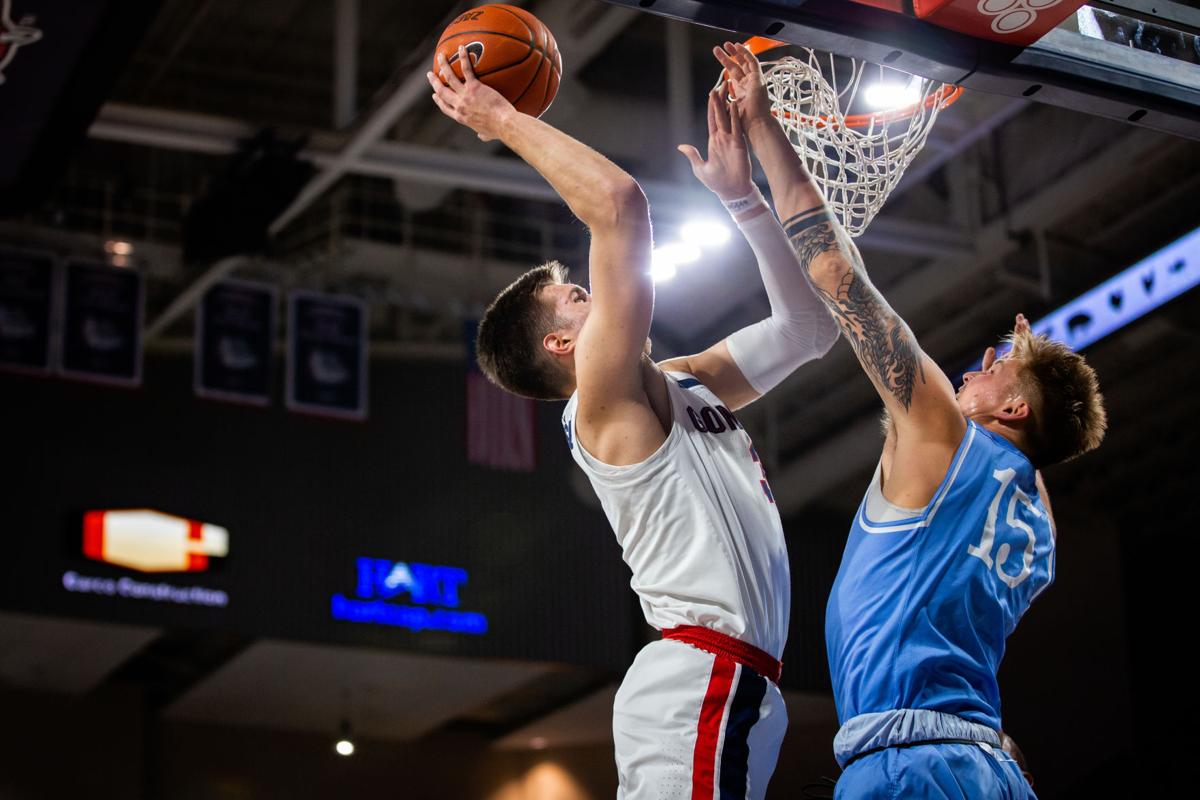 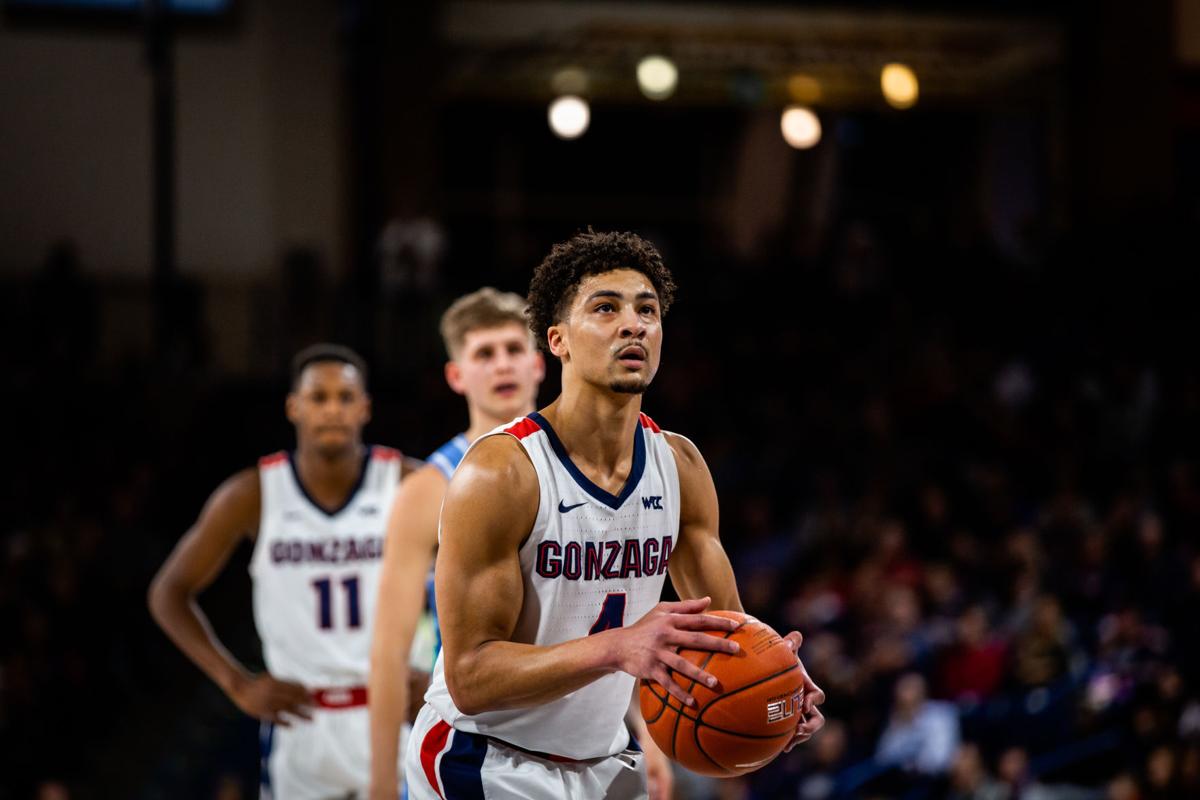 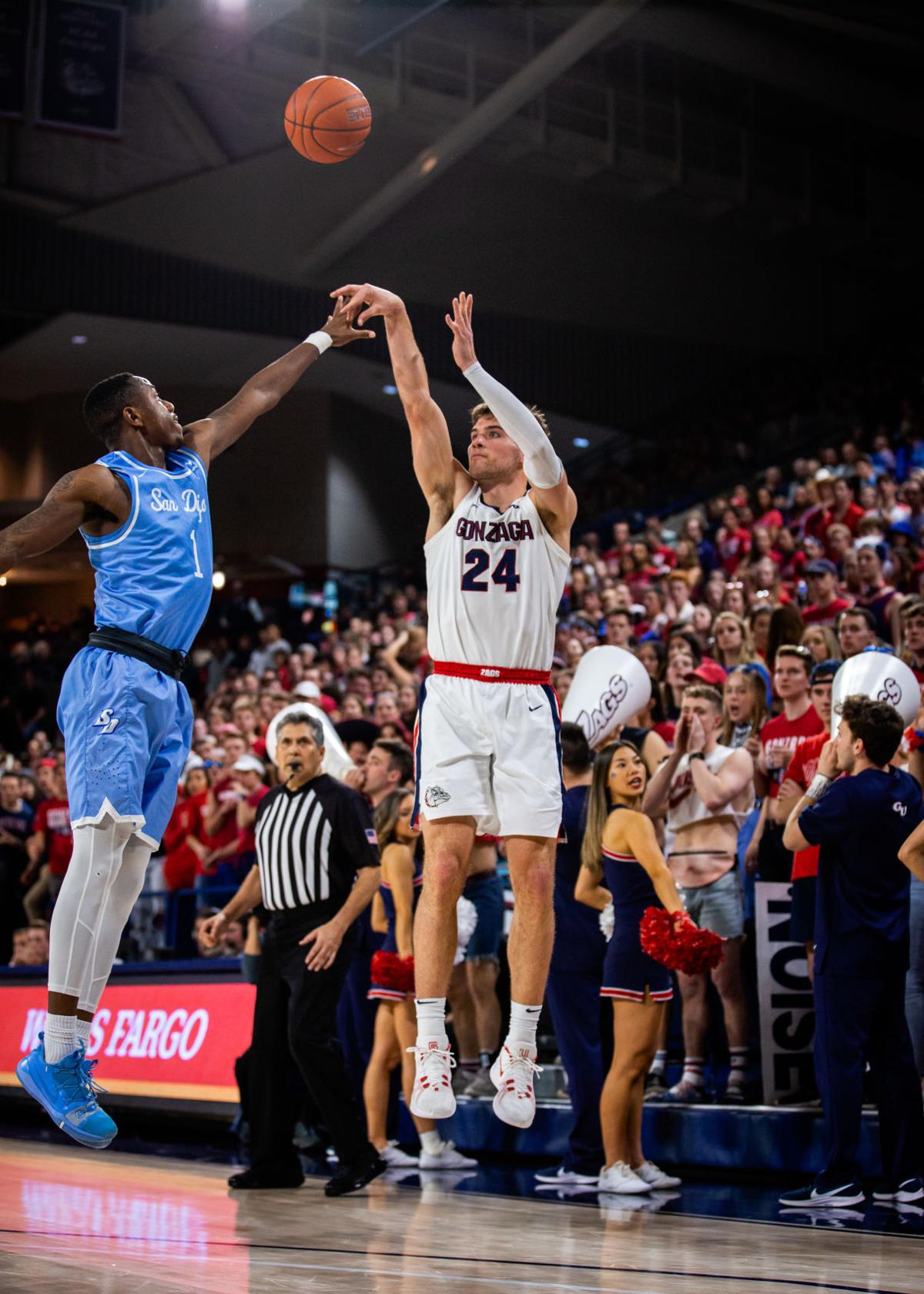 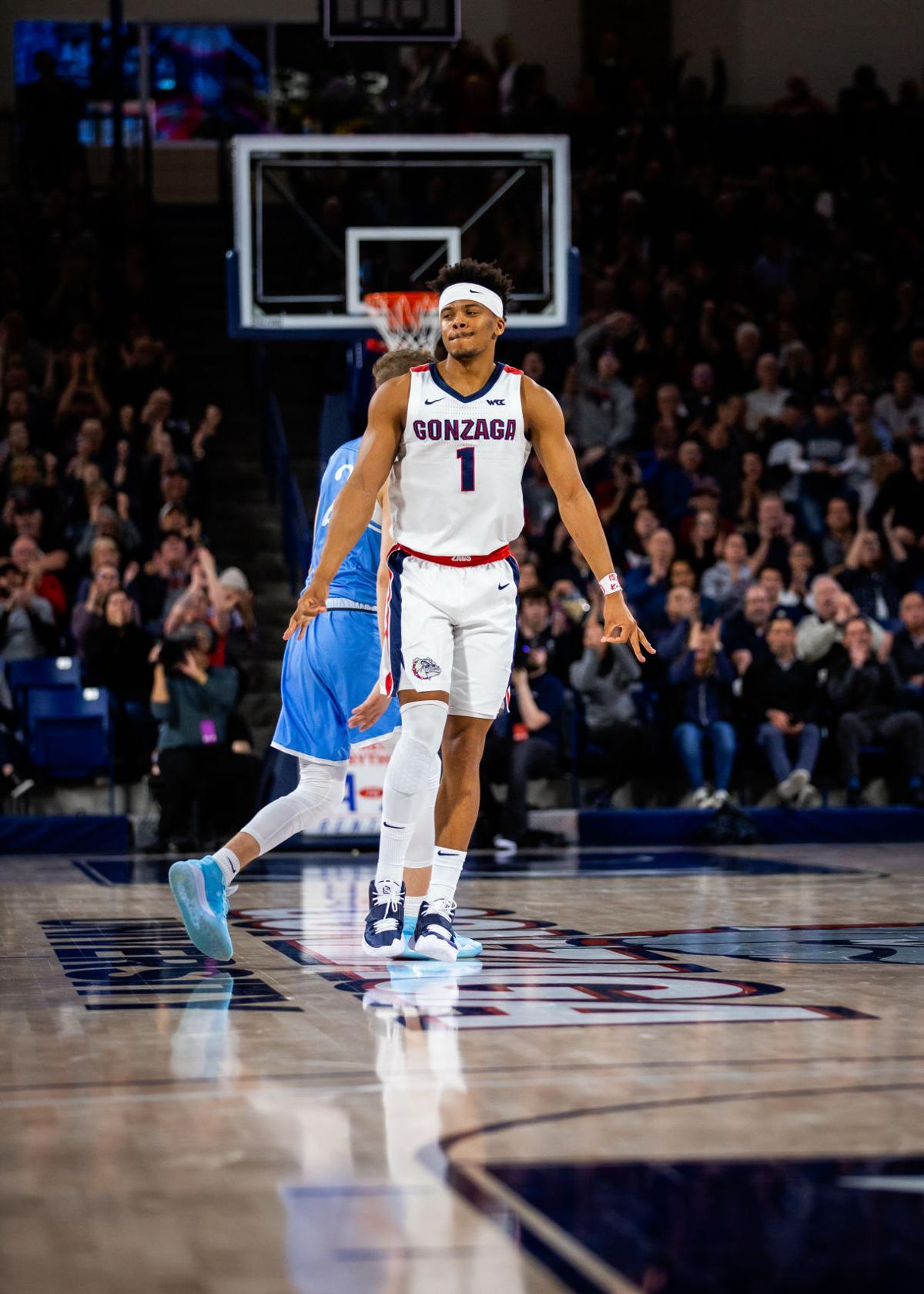 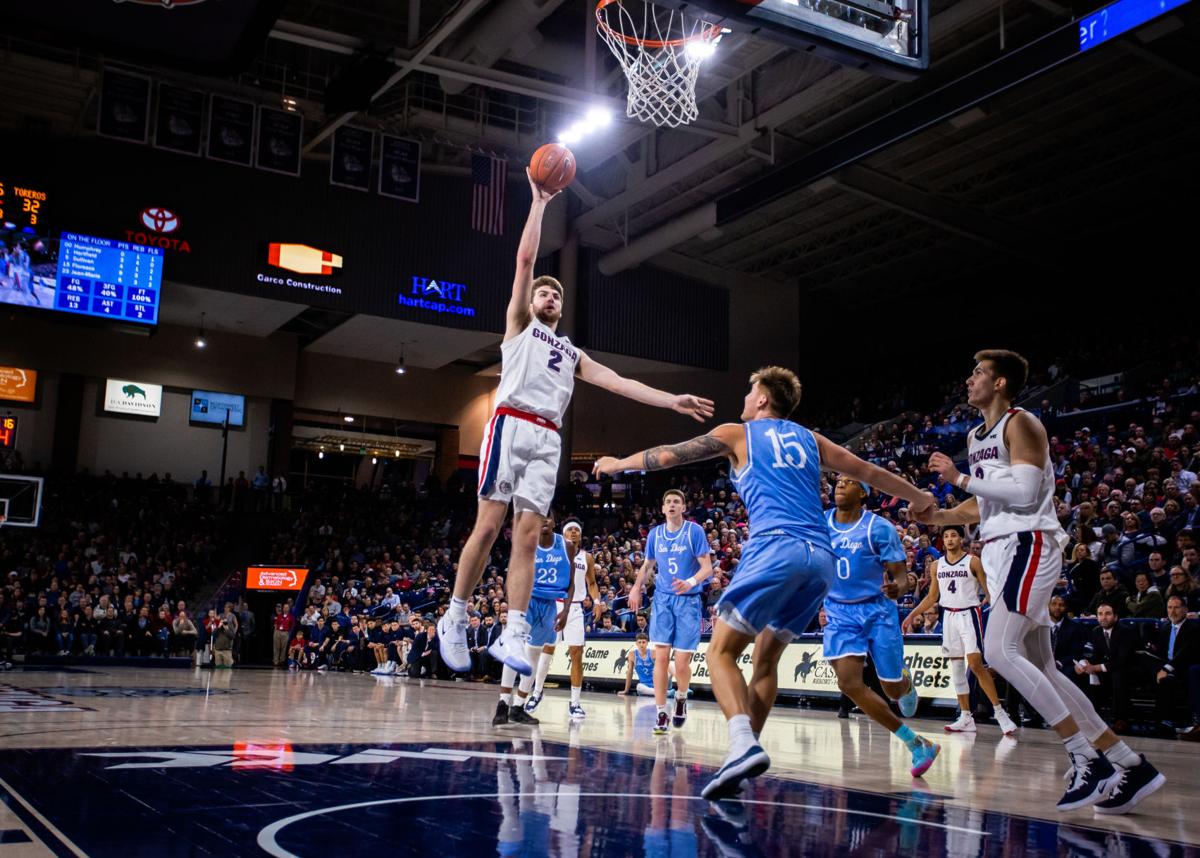 With zero lead changes and zero ties, the Zags dominated from the tip to the final buzzer Thursday night as they took on University of San Diego Toreros in The Kennel.

The team seemed to take to heart what Adam Morrison said at the end of his speech which accompanied a ceremony honoring his jersey, which will now hang in the rafters of McCarthey Athletic Center, “Let’s kick some Torero ass, and go Zags.”

The 94-59 win over the Toreros officially crowned the Zags as West Coast Conference champions, the 17th time head coach Mark Few has done so in his 21 seasons. The Zags are now 28-2 overall and 14-1 WCC.

“To be able to win a league championship with so many of these teams returning almost their entire rosters, again I think has gotten lost with all the success we’ve had this year,” Few said. "But it was looking like a daunting task in the fall.”

Big men dominated for GU, with 55 points scored in the paint, compared to 22 from USD. The Zags finished the night with five blocks accompanied by 51 rebounds, 18 of which were offensive, as play in the paint was too much for the Torreros to handle.

“They had a big down so we had to go at them,” senior forward Killian Tillie said. “They had not a lot of bodies down there, so we just had to attack them.”

A closer-than-expected first half, with the Zags’ lead never exceeding 12, led to a burst of energy coming out of the locker room into the second half.

“We knew we had a size advantage and statistically San Diego had shown they have the tendency to give up offensive rebounds so we wanted to attempt to try to take advantage of that, and I thought for the most part, we did,” Few said.

GU’s defensive and rebounding intensity increased after the half, forcing four turnovers (compared to only one for GU) and gaining 10 second-chance points.

“Corey chased Hartfield around tonight and just did a great job, Hartfield came in here on quite a roll,” Few said.

“In the second half our energy was way better, we had emotion on our faces and everything,” Tillie said. “That’s how we have to play every game and that’s not what we had last week.”

Junior forward Kispert delivered on both ends of the court, ending with a stat line of 16 points, six rebounds and two steals for the Zags.

Seven of the Zags’ first nine points were thanks to Kispert, scoring four quick points and dishing out an assist. Eight minutes in he quickly assimilated back into his role of hypeman by taking a charge in the paint and sinking a smooth three-pointer on the other end the next play. A few big dunks from him had The Kennel roaring with approval.

The level of dominance in the paint by the Zags allowed for wide-open outside shooting from Kispert, Tillie and graduate transfers Admon Gilder Jr. (12 points) and Ryan Wooldrige (15 points.) GU had five players with double digit points.

“Once we got some points inside they would shrink in and it opened shots for Corey on the outside, so it was a good game for us overall,” Petrusev said.

Next up: The Zags take on rival Saint Mary’s in The Kennel on Saturday at 7 p.m., where they will be honoring Woolridge, Gilder and Tillie on Senior Night.