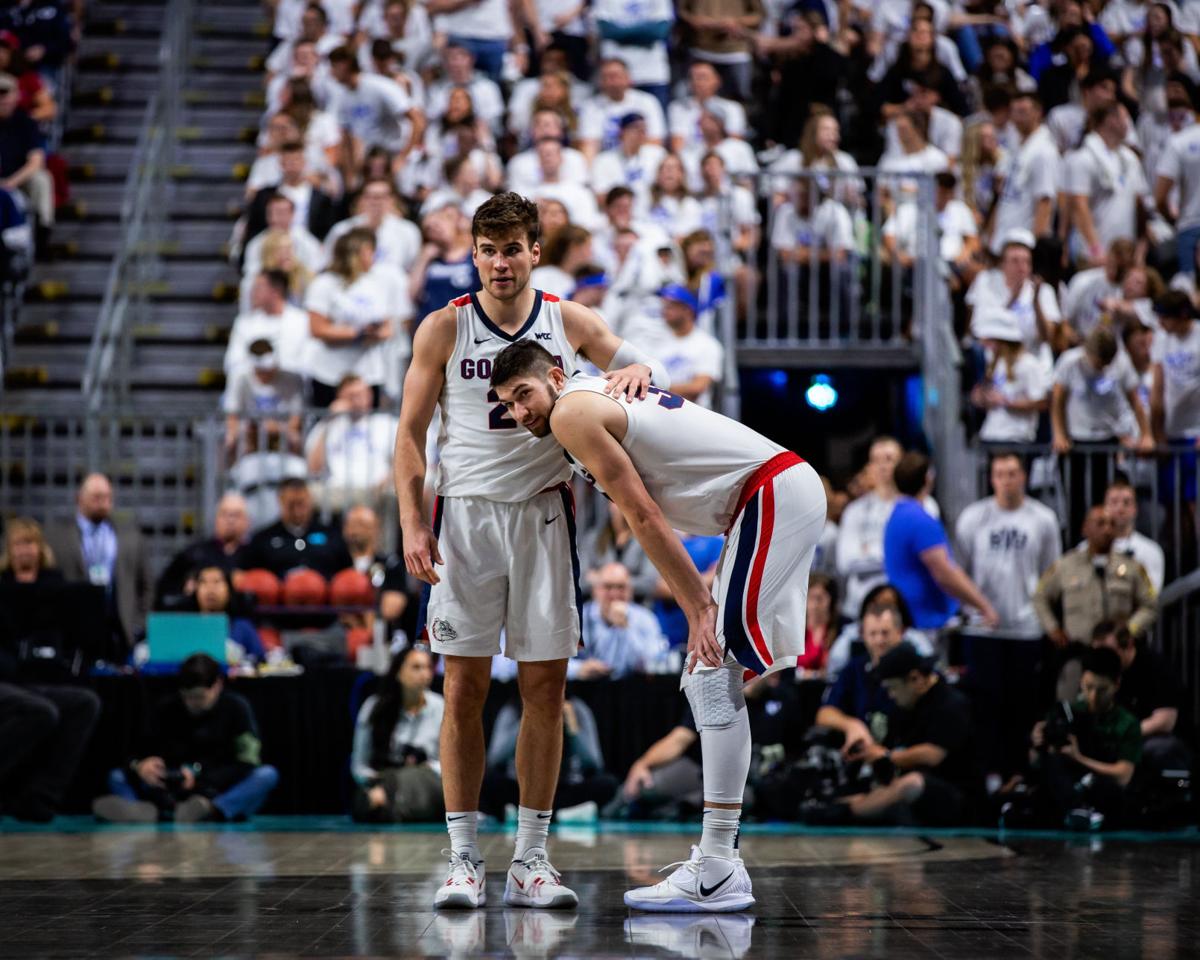 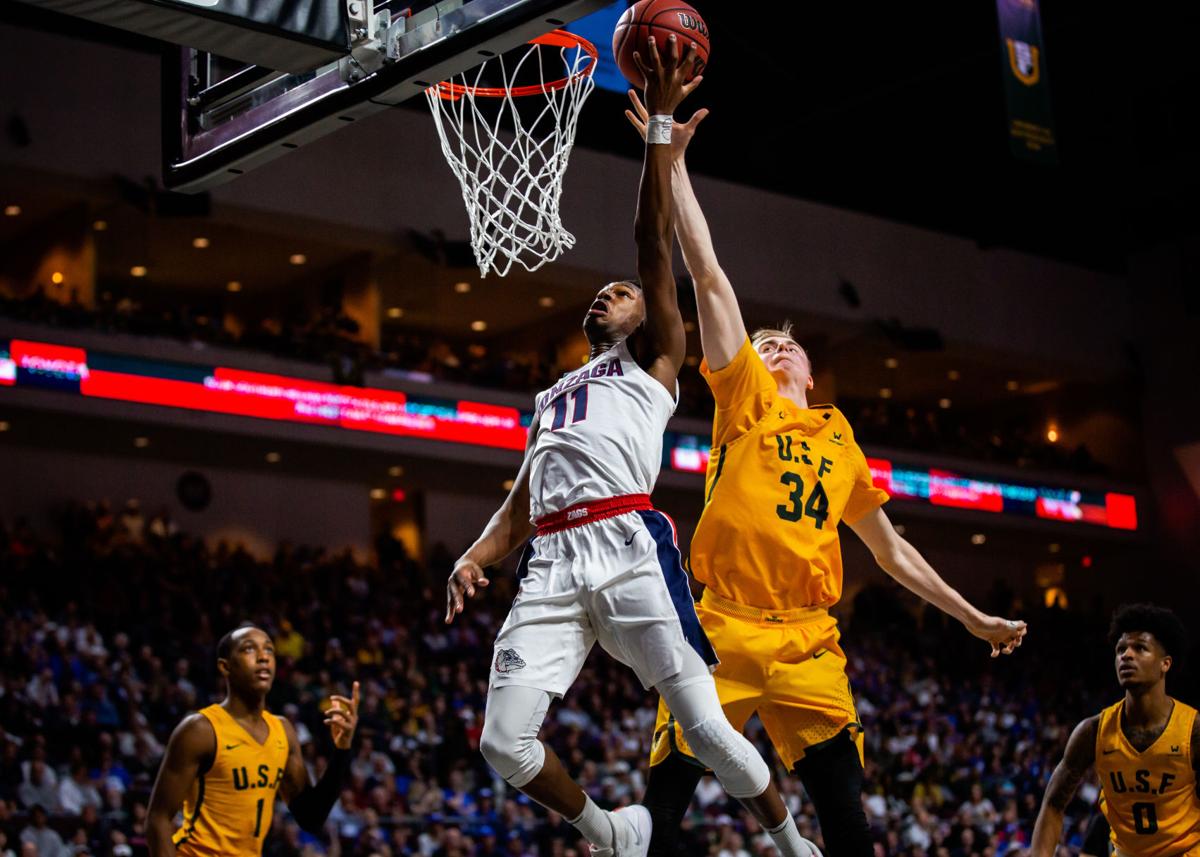 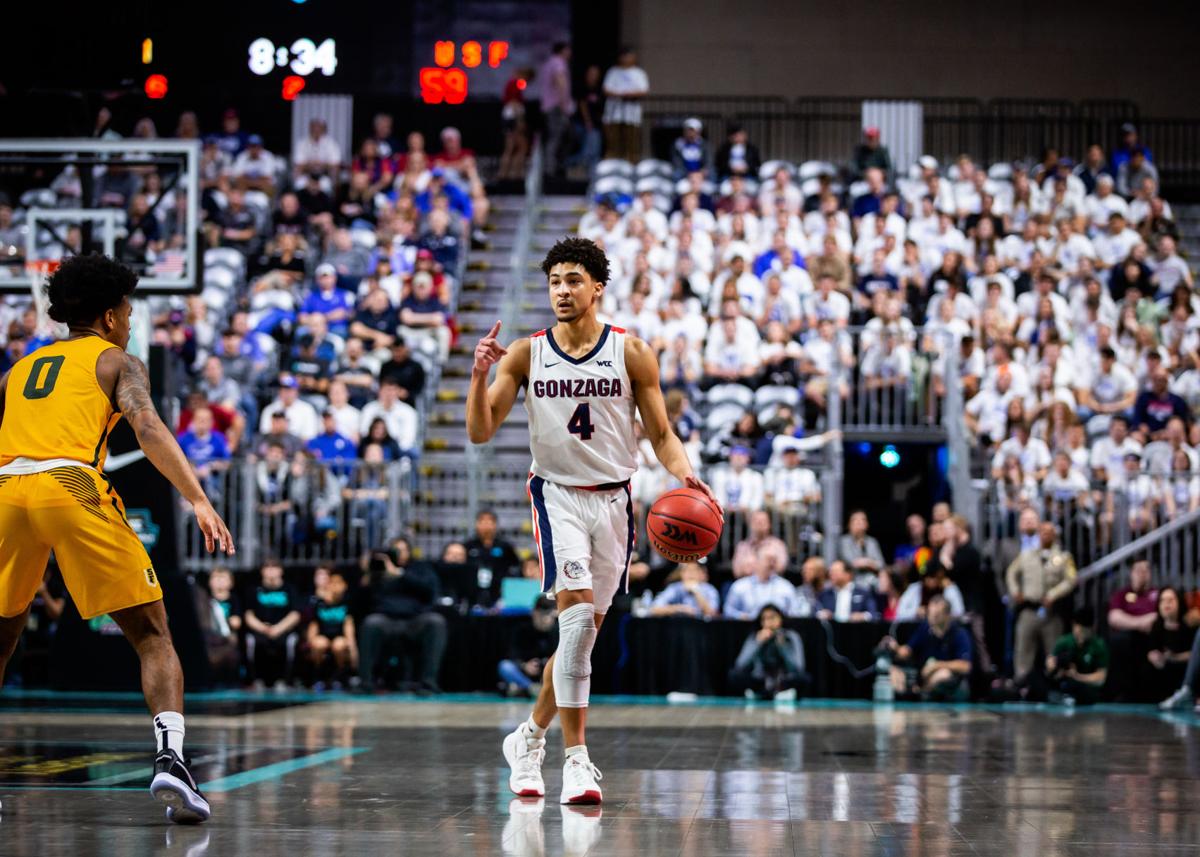 Gonzaga men’s basketball kicked off its West Coast Conference Tournament run with a win Monday evening, withstanding a strong offensive effort from the University of San Francisco Dons and pulling away late to win 81-77 and advance to the championship.

Senior forward Killian Tillie led the Bulldogs with 19 points and 10 rebounds in a career-high 35 minutes. He was met with a standing ovation from a largely pro-Zags crowd as he walked off the floor.

In the Zags’ third matchup this year with the Dons, they were tested more than they ever had before.

“We got pushed pretty hard,” Tillie said. “I mean, it was a great game. San Francisco is a great team, great players, and they play hard .... we had to answer."

Tillie was one of four GU players with double-digit scoring. He was joined by senior Ryan Woolridge with 16 and sophomores Joel Ayayi and Filip Petrusev with 14 apiece.

Throughout the game the Zags threatened to push the double-digit lead out of reach, but USF’s high-low duo of Jamaree Bouyea and Charles Minlend kept the Dons hanging around. The two combined for 11 points in the first half and USF  tied the game at 25 before another late GU scoring outburst brought the lead back to 40-35 at half.

"It's March when your guys are more experienced, and then obviously we get their best shot,” Few said. “It's never easy”

Both teams traded baskets for much of the second half, as the Dons continued attacking the Zags at the rim and limiting scoring from reigning WCC Player of the Year Filip Petrusev. A late 3-point shooting drought made it difficult for the Dons to keep up — they shot 6 for 26 overall from beyond the arc.

When senior center Jimbo Lull was hindered by foul trouble and eventually fouled out in the last two minutes, it opened up the paint for more guard penetration from the Zags.

Neither USF nor GU led by more than five until a late push from redshirt sophomore Joel Ayayi and the Zags offense. Ayayi was an energizer in the closing minutes on offense, with three crucial midrange scores and a pair of netted free throws that kept momentum on the Zags’ side. He finished with 14 points, 12 of which came in the second half.

“I think that shows a lot of grit and character and toughness and substance in all my guys,” Few said. “The rest of our games are gonna be like this from here on out.”

Next Up: The Zags face the winner of BYU and Saint Mary’s in the WCC title game Tuesday at 6 p.m.