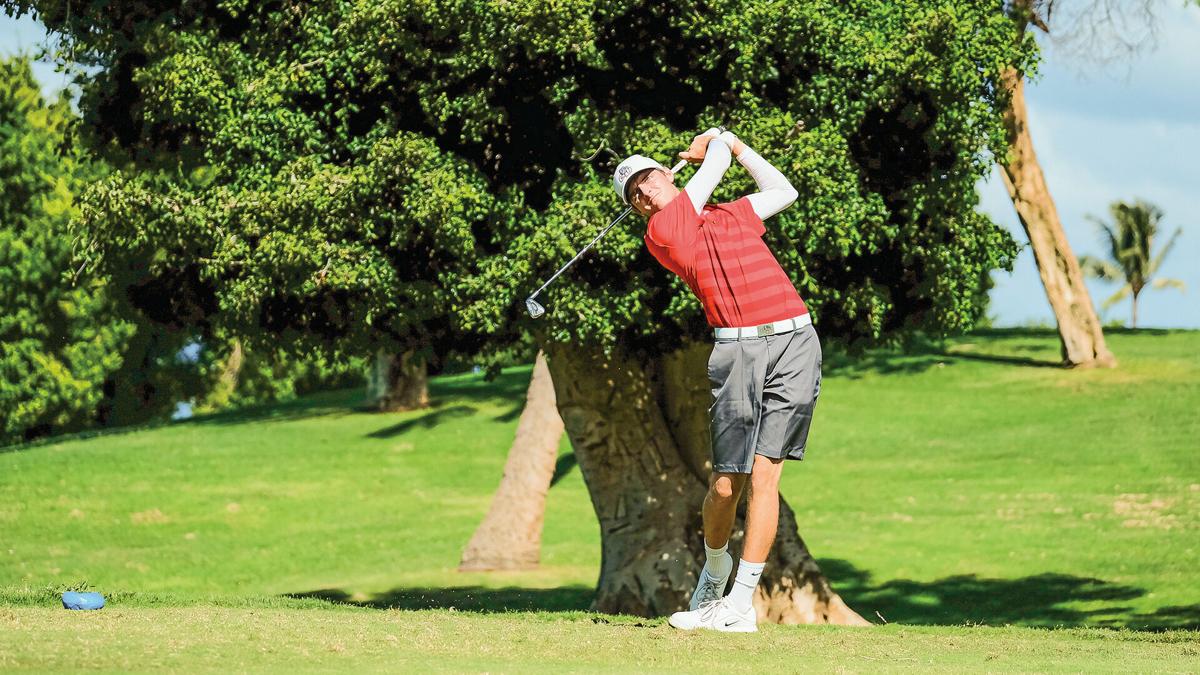 Redshirt senior Matthew Ruel and the Gonzaga men's golf team are excited to face whatever challenge the season brings. 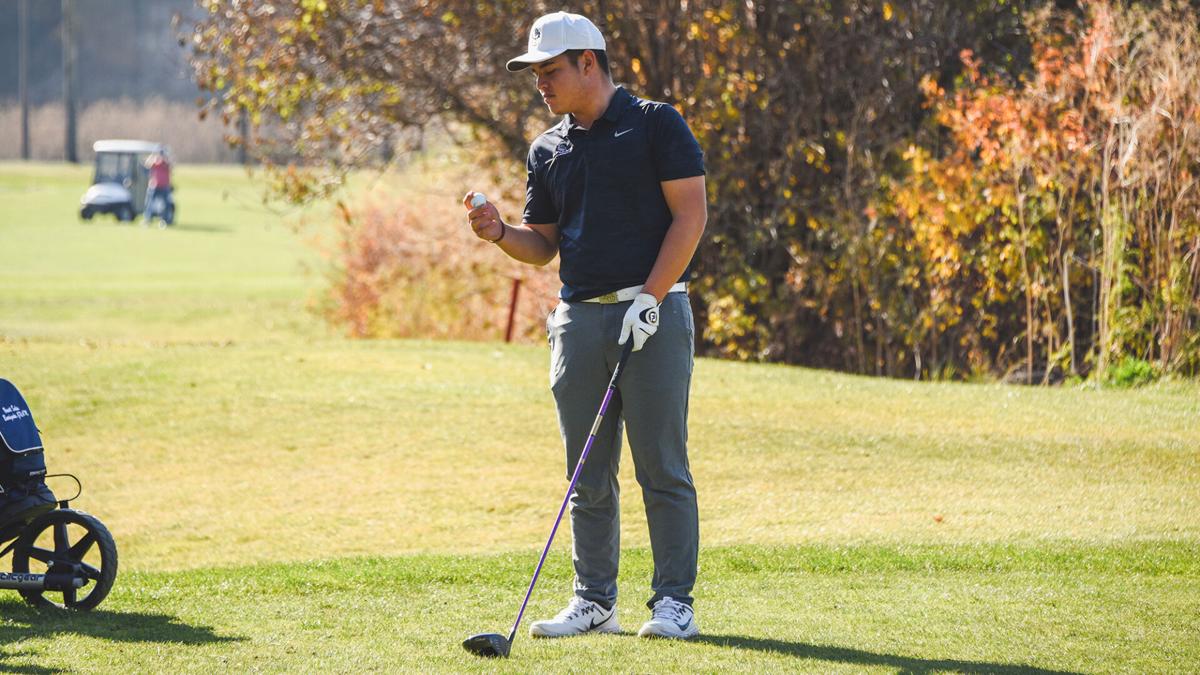 Junior Brentt Saalas is one of the nine upperclassmen golfers on the GU men's golf team this season.

Redshirt senior Matthew Ruel and the Gonzaga men's golf team are excited to face whatever challenge the season brings.

Junior Brentt Saalas is one of the nine upperclassmen golfers on the GU men's golf team this season.

The Gonzaga University men’s golf season is officially in full swing (pun intended) for the 2021 campaign following an abrupt end to last year’s season due to COVID-19.

“We’re just ready to compete again,” said Chris Mogg, a graduate student. “We did all of the little things to get ourselves ready for this and our team is in a great position.”

The Zags began last season with a rocky start before a strong finish in the winter. In the fall of 2019, GU struggled considerably, with its best finish of ninth place at the Oregon State Invitational coming in October. This would also be the team’s only top ten finish before the new year.

Prior to the cancellation of the remaining schedule, however, the Bulldogs found a groove at The Joust in Jurupa Valley, California, last February. Sitting in seventh place heading into the second day, GU would end the tournament with a fourth-place finish behind senior redshirt Matthew Ruel, who shot a 214 (+4) over the two-day stretch. Junior Zach Stocker also cracked the top 20 by shooting a 220 (+10).

That momentum from the winter will have to carry over to 2021 if the Zags are to regain their competitive nature in the West Coast Conference (WCC). GU has not had a top five finish in the WCC tournament since 2016, which also marks the last time the team appeared in the NCAA tournament.

“We know we can go out and compete and beat these teams,” Ruel said. “It’s just a matter of believing in ourselves and trusting what we’ve been doing.”

For this to happen, it will most likely fall on the shoulders and swing of Ruel. The Florida native led the team last season with an average score of 72.4 in five tournaments with multiple outstanding individual performances.

His lowest round of the season came in the Ka’anapali Collegiate Classic where he shot a 67 (-4), a score he would match later in the season at The Joust. He also finished inside the top 25 at the Nick Watney Invitational after three consecutive sub-70 scores. The recent success can be attributed to a positive mindset change, Ruel said.

“I always wanted to prove to everyone else that I could compete,” Ruel said. “What helped me last year is that I had to just go out there and play my own game.”

Joining Ruel for another season is Stocker, who had quite a productive first season with the Zags. In 14 rounds of golf he averaged a 73.6 score with his best individual round coming in the Nick Watney Invitational where he shot a 69 (-2).

“That’s the biggest reason why I came back,” Mogg said. “I want to be a part of this team because I want to see us do something that I haven’t seen in my four years.”

The Zags will also welcome a new wave of talent to this year’s roster. Talented freshmen Jace Minni and Andrew Reinhardt are set to join the ranks, along with redshirt sophomore Keith Lobis.

Reigning from Delta, B.C., Minni comes to GU as one of the best golfers in Canada for his age. Not only was he the 2019 British Columbia Golf Junior Player of the Year, but he also won the Vancouver Zone 4 Amateur that same year. The fifth-best golf prospect from the class of 2020 was even named to the Delta Sports Hall of Fame for his outstanding career, cementing his legacy as one of the region’s finest.

Reinhardt, from Portland, was also quite the golfer coming out of Jesuit High School. The third-ranked prospect of 2020’s class was 2019 Class 6A Oregon State champion after finishing three-under to take the crown. He was also among a select few from his region to advance to the 45th Boys’ Junior PGA Championship following rounds of 68-73.

“They’re going to be two freshmen who come in and compete for qualifying spots,” Ruel said. “I have faith in these two guys and I know they have great careers ahead of them.”

After two years of no competition, Lobis is finally ready to join his fellow Zags out on the course for 2021. In high school, he won the Class 4A GSHL District Championin both 2016 and 2017 and was an All-Region selection twice while at Union High School. The Camas, Wash. native also performed on the international stage, as he finished in the top 25 out of 160 golfers at the 2017 Optimist International Junior Golf Championships.

“[Lobis] has definitely made some strides since he came in as a freshman,” Mogg said. “All areas of his game have come together.”

To kick off the season, the Bulldogs will travel to Fresno to play in the Nick Watney Invitational on Feb. 8 for the two day event. The team will then stay in California for the Wyoming Desert Intercollegiate just 10 days later before heading down south to Texas for the Colin Montgomerie HBU Invitational.

The second half of the schedule features some familiar locations for the Zags. The team will head to Eugene, Oregon, for the Duck Invitational followed up with a trip to Seattle for the Seattle Redhawk Invitational on March 29. GU will wrap up the regular season after competing in the Cougar Classic in Provo, Utah.

“As a team, it doesn’t matter what the course is, the West Coast Conference Championship is the biggest event,” Mogg said.

The Zags have quite the road ahead of them if they are to hoist the WCC trophy in Henderson, Nevada, in late April.

Volleyball: Zags fight to the end but fall short against USD

Commentary: Thoughts on first GU game in The Kennel with fans

Commentary: City ordinance could move Hoopfest away from downtown