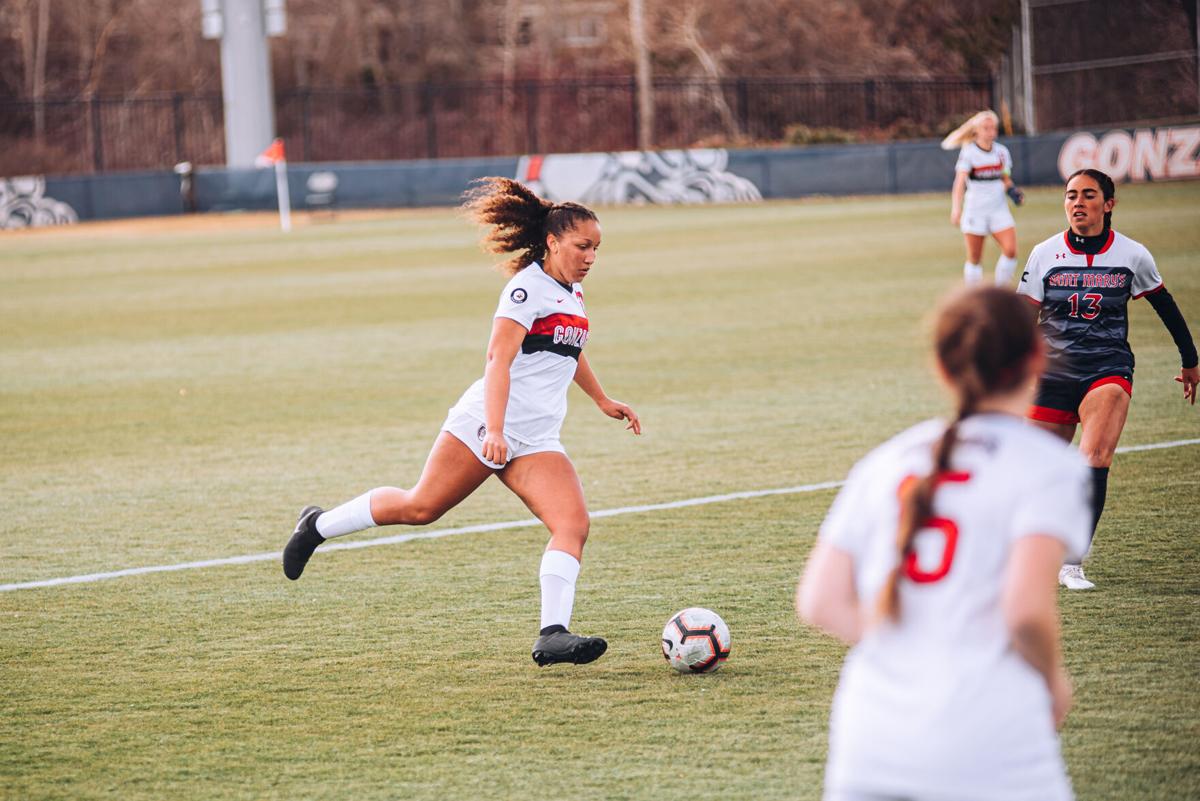 Women's soccer secured its fourth win in the West Coast Conference in a tight 1-0 victory over Saint Mary's on March 20. 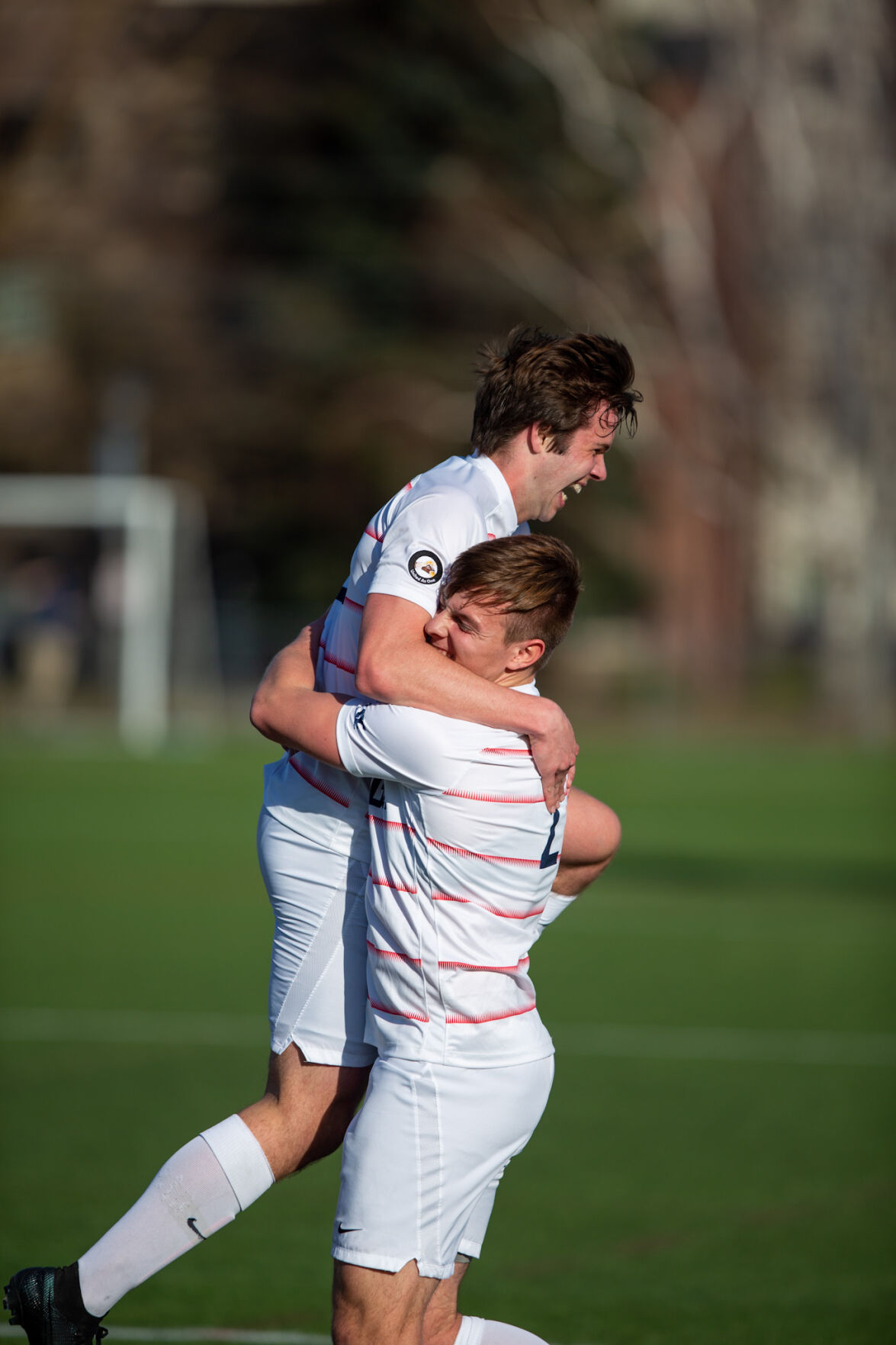 Men's soccer's second win on the season came at home against Carroll College at home in a 4-1 victory.

Women's soccer secured its fourth win in the West Coast Conference in a tight 1-0 victory over Saint Mary's on March 20.

Men's soccer's second win on the season came at home against Carroll College at home in a 4-1 victory.

In a strange season where the cloud of COVID-19 overshadowed events on the field, the Gonzaga men and women’s soccer programs capped off their seasons.

The men’s soccer team finished with a disappointing 2-9 record and the women’s team surged to 7-3-1, and narrowly missed out on the NCAA tournament. Despite the differences in the record, members of both teams had good moments that stood out to them in the season.

For GU men's soccer assistant coach Aaron Lewis, just getting the chance to finally play at home was incredible.

“One of the best moments of the season for me was getting to play a home match for the first time in nearly 500 days on Feb. 23,” Lewis said in an email to the Bulletin. “Sebastian Karlhom finished an opportunity with just a couple minutes left in regulation for us to pick up our first win of the season. To see the guys celebrate that type of moment, in front of home fans, was very memorable.”

For GU women's soccer senior defender Jordan Thompson, the standout moment of her team’s season was their win over Pepperdine in on the last day of the season.

“It felt like everything we had worked for all year had finally come together,” Thompson said in an email to the Bulletin.

COVID-19 also played a big part in the season, and Thompson said that for her personally it was the most difficult part of the season.

“The low point of the season for me was when season got canceled,” Thompson said. “We had trained really hard over summer and had full hopes of playing in the fall, so when we found out it was canceled it was a huge bummer. In the grand scheme of things though it was worth it if it meant keeping ourselves and others safe.”

In a tough year for the men’s team, Lewis most regretted the midseason loss to arch-rivals St. Mary’s.

“One of the most difficult days was our loss at St. Mary’s,” Lewis said. “We didn’t play well against a good opponent, the result wasn’t what we had wanted and Milo Libby suffered an injury in his first match after earning a larger role.”

Amid the difficulties of a COVID-19 related season, there was several high points. Thompson pointed out the improvement of her teammate Alison Pelstring, beating Pepperdine 3-0, and an incredible goal from freshman Kate Doyle.

“She worked her tail off all season and made huge strides,” Thompson said. “It was really fun to see how much she improved from last season to this season. The match of the season was definitely our 3-0 win over Pepperdine. Goal of the season was Freshman Kate Doyle's goal against San Diego. She took a beautiful long ball from Maddy Cooley off her chest and volleyed it first time into the back of the net.”

Lewis, on the men’s side, was full of praise for junior all WCC Frankie Ljukovic and the strong effort the team showed in their final game of the season against USD.

“Frankie Ljucovic's technical execution, decision making and leadership skills all trended in a positive direction throughout the season,” Lewis said. “Our final match [against] San Diego was a highlight for us.”

Both Thompson and Lewis looked back on a season full of uncertainty, but also amazing goals, highlights and individual improvement. The men’s team will look to improve on their 2-9 finish, while the woman’s team will look to continue their strong form and carry their momentum to a berth in the West Coast Conference playoffs. Both coach and player look forward to the fall and can’t wait to get back out on the field.

Thompson’s team just came off a strong season where they narrowly missed out on a chance to go to the West Coast Conference playoffs, and Thompson was ready for the next season.

“I am really excited about starting where we left off,” Thompson said. “We finished the season playing our best soccer and getting our best result. Going into season knowing what that feels like and looks like will be really exciting.”

On the men’s soccer team’s side, Lewis took a moment to praise his team’s ambition.

“This is a group that has really high expectations for themselves,” Lewis said. “They are aware of the work that it takes to reach those goals, and it is evident that they are prepared to put that effort in.”

Despite the rough season, Lewis was optimistic about the coming season.

“I am most excited to be a part of seeing these players experience success on a consistent basis,” Lewis said. “I foresee some special moments ahead for them this fall.”

Riley Farmer is a staff writer.

Chris Standiford set to take over as GU Director of Athletics