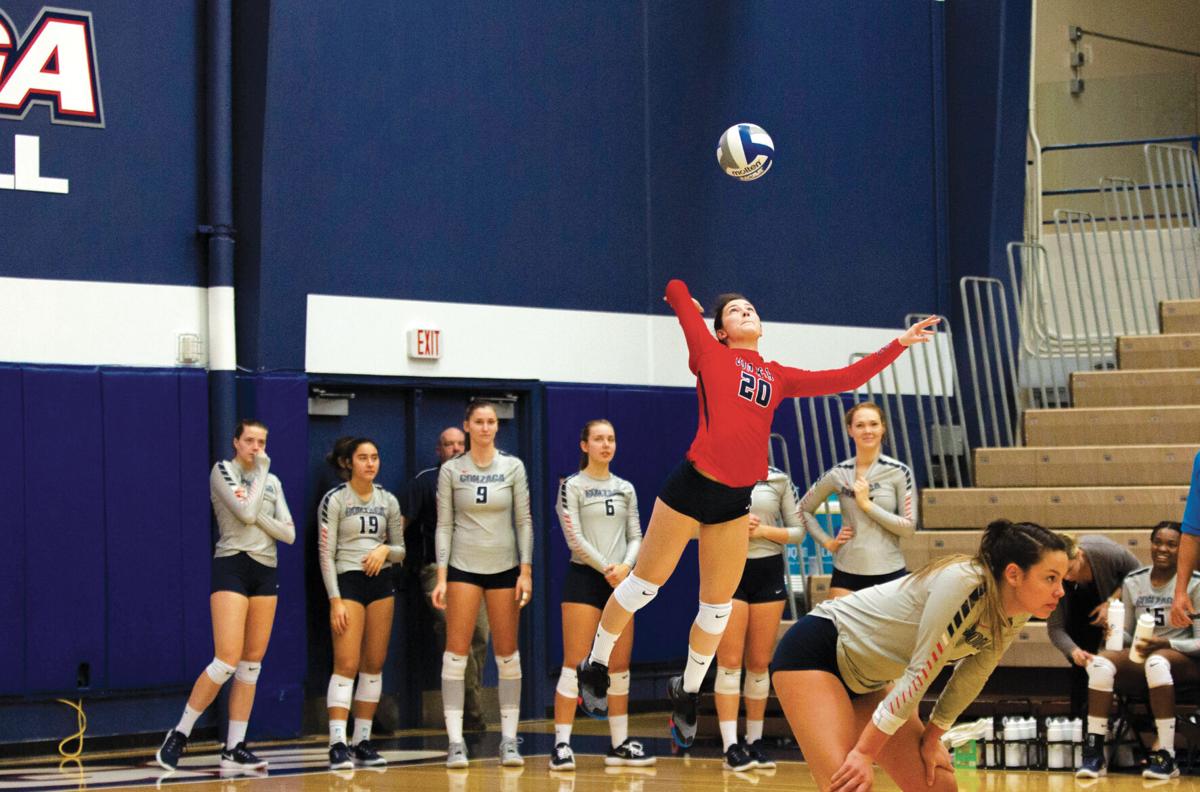 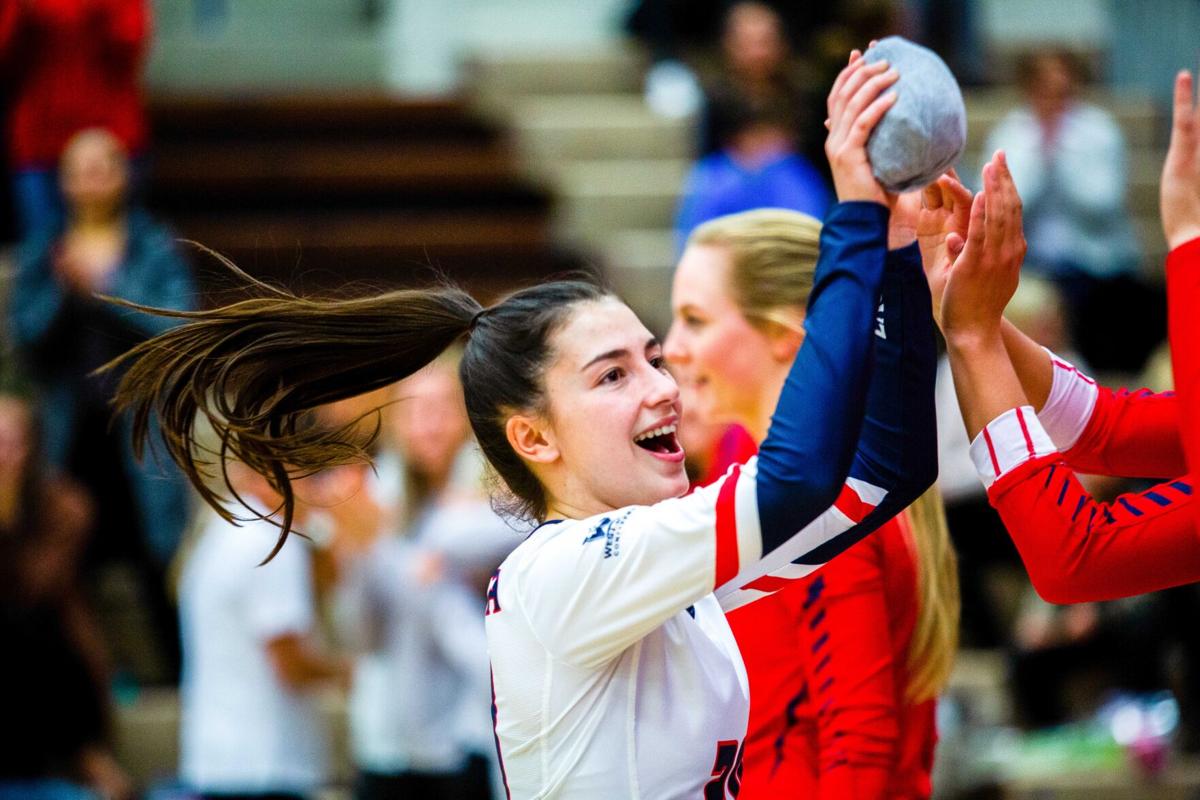 Gonzaga senior Julia Talarico looks to lead the Zags to a promising volleyball season once it returns.

Gonzaga senior Julia Talarico looks to lead the Zags to a promising volleyball season once it returns.

In volleyball, the libero jersey is not something one just gets. It takes years of hard work and practice to get to this top defensive position.

The same is true for biochemistry majors. They have to spend two years in challenging weed out classes to prove that they belong in their major.

Julia Talarico has proven herself in both these areas as a senior biochemistry major and libero on the Gonzaga volleyball team.

However, it hasn’t been an easy road to get to where she is now. Talarico has had to earn her way up to the top.

“The first year was a figure it out year for both of us,” said Diane Nelson, the head coach of the volleyball team. “From me to her it was about who are you. And from her to the program it was about how does she fit into this program.

“Freshmen tend to have a challenging first year and I’d say she did. She had to learn a ton. I could tell a lot of it had to do with her confidence. We really spent that freshman summer and sophomore year teaching her how to talk to herself positively and evaluate her day to day work in a way that is process oriented not outcome oriented. She started to develop those skills that allowed her to be freer and freer every day.”

Talarico found her passion for volleyball at a young age and that passion only grew once she got to GU.

GU was a perfect fit for Talarico both academically and athletically.

“I got a phone meeting with Gonzaga, with Diane actually who was an assistant coach at the time, and they said they wanted to get a better look at me and invited me to go to their camp where all the other recruits are too,” Talarico said.

She went on to say that at the time she wasn’t sure if she’d make the team because there were eight other people up for the open positions.

“She came to campus on a visit, and I remember it very clearly, she wanted to see a match and that was kind of the last piece in that being the right fit for her,” Nelson said. “I remember after that match she came up to me and I was thinking she was going to say ‘This isn’t the right place to me.’ But, she came up to me and said ‘I think I really want to be a Zag.’”

Over the last few years Talarico has grown immensely. She went form not seeing very much court time her freshman year to being one of the most important players on the court.

“Junior year I think for Julia was the turning point for her," Nelson said. "We needed a change on the court and each opportunity she got she became more impactful on the court, she started to become the reason the game would change."

Talarico sees putting on the libero jersey as one of the highlights of her college career.

“When I first put on the libero jersey it was right in the middle of a game, so I was excited,” Talarico said. “It’s something you are not going to get just by showing up.”

Her major is the same way. Advancing within the biochemistry major is not easy, but Talarico’s passion for science has only grown stronger over the past three years.

“Ever since I was in elementary school, I’ve always loved the idea of science,” Talarico said. “Knowing that you can manipulate molecules and that they’re basically everywhere we live — they’re in our bodies, in our world in our air — thinking about how these little molecules control our everyday life is really interesting to me.”

Finding the balance between volleyball and biochemistry has been a challenge but one that Talarico was ready and willing to take on.

“With biochemistry it has nothing to do with athletics or working out,” Talarico said. “I think I had to start from scratch in learning about the major."

“I think it’s kind of cool that I’m the only athlete and I can make so many relationships with normal students. Some students didn’t even know I was an athlete until a year or two in. They ask how I balance that and volleyball and I just say, ‘I don’t know I don’t really have a choice; I just do it,’” said Talarico.

Over the past two semesters she has had the opportunity to be a teacher’s assistant for organic chemistry. She is also working on research and her thesis on top of playing volleyball.

“Knowing that I can still have science be a part of my life while also still playing volleyball showed my professors that I’m not just going through the motions with science I really want to apply myself and make it work with both things being a student and an athlete,” Talarico said.

Nelson said Talarico is really good at balancing school and volleyball. The work Talarico puts in on court and in the classroom is clear. She wouldn’t have the libero jersey if it wasn't.

“She earned the jersey," Nelson said. "She rose to the top of that crew. She felt like it was her turn but she still had to separate herself. We had five defensive specialists in our gym last year and she had to become number one in order to get the jersey.”

Talarico is ready to take on an even bigger role this year as the libero and is excited to lead the team and help her teammates develop like she has over the past three years.

“I really couldn’t be where I am today without everyone in the volleyball community — especially my coaches and teammates,” Talarico said. “They have pushed me so much to be the player I am today. Sure, we all have accomplishments and I have my personal accomplishments, but I couldn’t have done that without them pushing me every single day in practice. It’s definitely been a team effort to get to where I am today.”