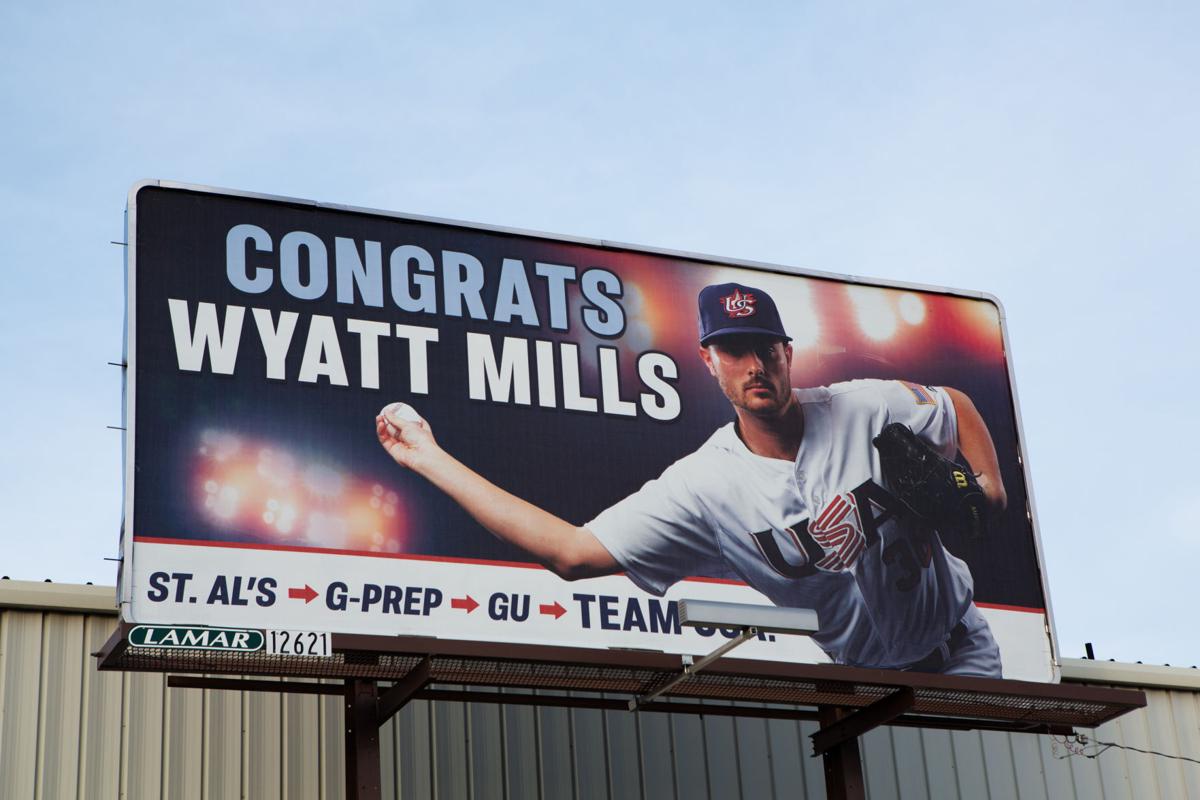 GU alumnus Wyatt Mills is depicted on a billboard near his old high school, Gonzaga Preparatory. 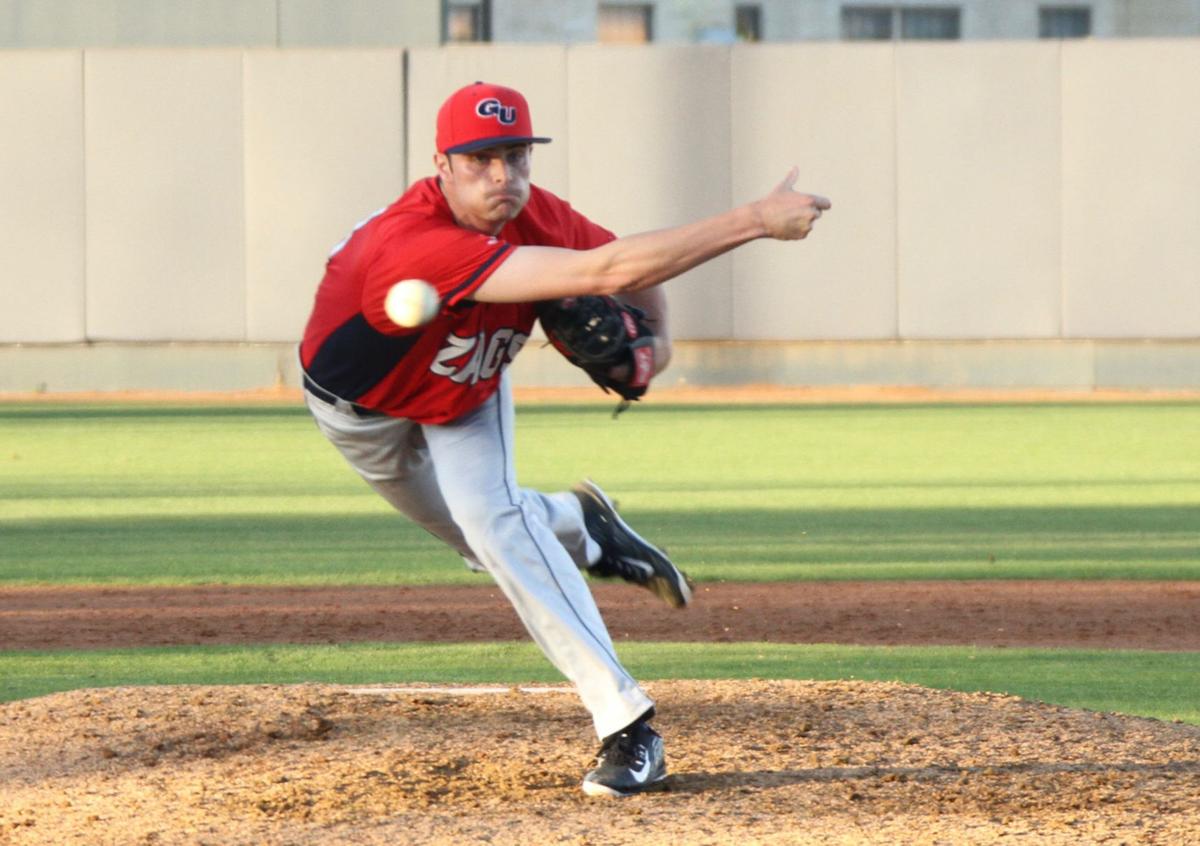 Wyatt Mills began as a walk-on at Gonzaga, but worked his way to becoming an important part of the team.

GU alumnus Wyatt Mills is depicted on a billboard near his old high school, Gonzaga Preparatory.

Wyatt Mills began as a walk-on at Gonzaga, but worked his way to becoming an important part of the team.

The Olympics. The pinnacle of sports and the ultimate mountaintop for athletes across the globe.

After a 12-year hiatus, baseball will return to the Olympics in Tokyo later this year and Gonzaga baseball alumnus Wyatt Mills hopes to be on the field as Team USA makes a run for the gold.

“That is an experience that, like, no one gets to experience,” Mills, a Spokane native, said. “I don’t know what to expect but it would be a big deal.”

Thanks to his play on the field with the Seattle Mariners’ AA affiliate — the Arkansas Travelers — and his status as an active minor league player, Mills has earned the rare opportunity to pitch for USA Baseball’s Premier12 team as it seeks to qualify Team USA for the 2020 Summer Olympics.

In early November, Mills and the team played eight games across two continents competing for a spot in Tokyo.

Mills, a right-handed reliever with a sidearm pitching motion, made five appearances for Team USA, including a masterful two-inning, no-hit performance against the Dominican Republic in which he earned the win.

“I am really happy the Mariners allowed me to do this,” said Mills, who received a nonroster invitation to the Mariners’ spring training for the upcoming MLB season. “I can’t say anymore about how wonderful that experience was.”

Team USA finished fourth in the Premier12 tournament with a 4-4 record. The result was not good enough to secure an automatic berth to the Olympic Games and the team will now look to grab one of the final two remaining Olympic spots during the WBSC Americas Olympic Qualifier in Arizona this March.

Despite the overall result, Mills’ performance on the mound served as reassurance his skills and arsenal of pitches render him good enough to play at any level.

“My uniqueness is going to have a good chance to match these people,” Mills said.

While still vying for an Olympic opportunity — one he said would be impossible to turn down — Mills will lean on his increased confidence as he competes for a spot with the Seattle Mariners this spring.

In 41 games last season, Mills produced a 4-2 record with a 4.27 ERA and eight saves for the Travelers.

“I am hoping he is with the major league team this year,” said Mark Machtolf, GU baseball head coach. “I think the sky is the limit for him. I think he is going to continue to improve. He gets over that hump this year and I think he’ll just take off. I am very confident in him.”

Despite his recent success, Mills has not always been regarded with such high praise.

“Going there, I was just going to be a walk-on and it just turned into something special,” Mills said.

With the assistance of GU’s coaching staff, Mills transitioned to an unorthodox, sidearm motion that switches up the angle from which hitters see the pitch and increases the spin rate on the baseball.

“That was a career changer for him,” Machtolf said. “We realized that he could do something that not a lot of other guys can do from that arm angle and that is a hot commodity at the next level.”

During his final season at GU, the senior had an ERA below 2 while saving a program-tying 12 games before being selected in the third round of the 2017 MLB Draft by the Seattle Mariners, the team Mills grew up rooting for.

“Being a Mariner means a ton to me,” he said.

While playing for team affiliates of the Mariners organization across the Cascades, Mills has kept a strong connection with Spokane and GU baseball. In the offseason, the native Spokanite returns to the Inland Northwest, where he can often be found working out with former and current Zags baseball players or attending a GU basketball game.

In the fall, a billboard went up near where N. Hamilton St. turns into N. Nevada St. congratulating Mills on his ascent from Gonzaga Prep to GU to USA Baseball.

Mills was surprised by the support and said he wanted to recoil from the attention before realizing the billboard is as much for those who helped him get there as for himself.

“They want to show they are proud of me,” Mills said.

At GU, coaches aren’t merely proud of Mills. They use him as a benchmark to display how a quality character and devoted work ethic can take anyone to the next level.

“Having him out in front, on a billboard or whatever, he is a great representation of our program,” Machtolf said. “We are really, really proud of him and wish him all the best.”